Thank you for all your support throughout the last two years! I'm moving the content of this blog to a new address SlimingKitchen.com

Please, join me at Slimming Kitchen for more homemade meals packed with nutrition.
Posted by Angel at 11:02 AM No comments: 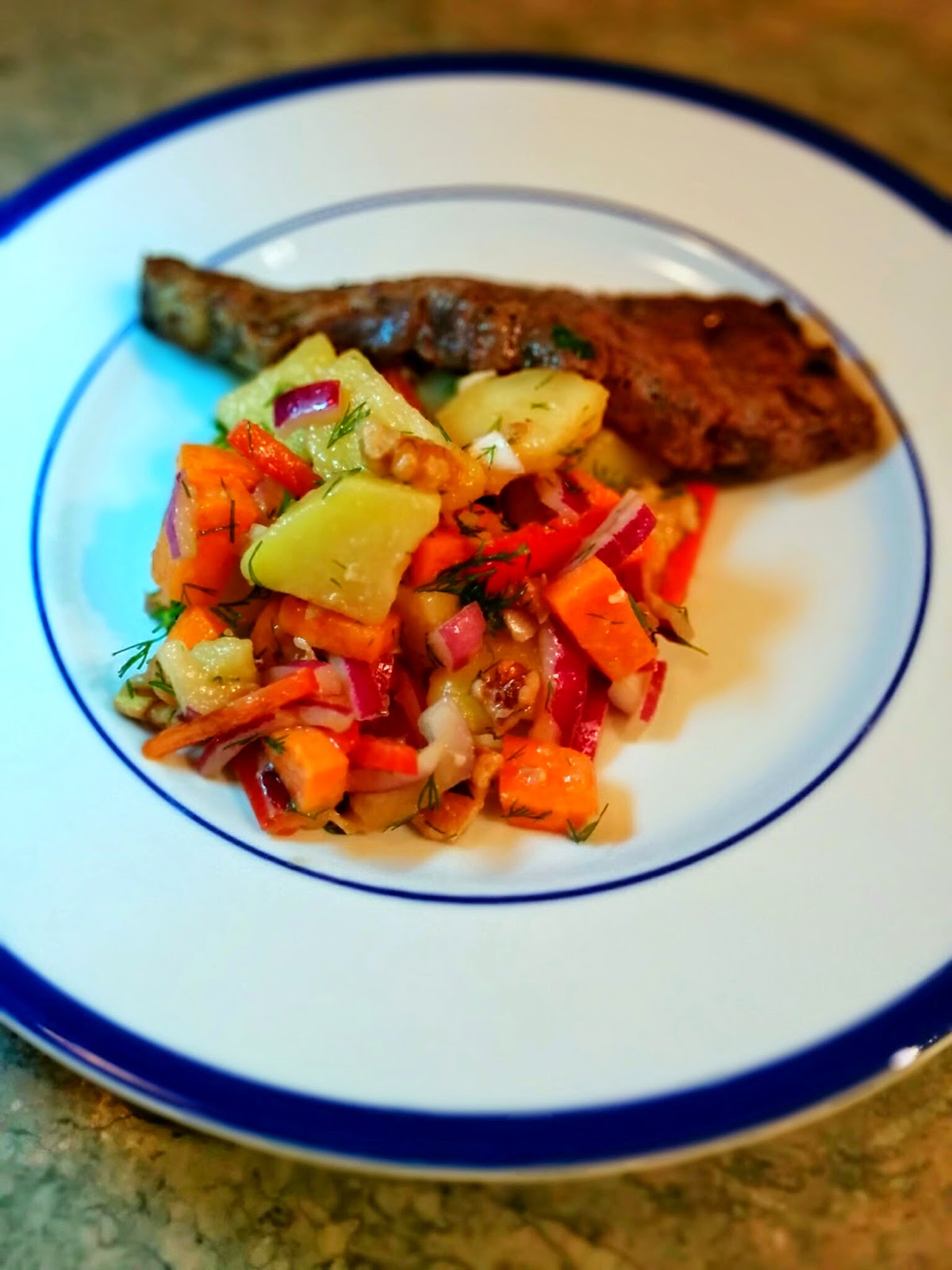 I hate it when my favorite TV shows end. I will never forget how my world unexpectedly crumbled that awful 1999 afternoon at the comics store when some smart ass clerk told me Xena: Warrior Princess would air its last episodes in 2001. I was devastated. The horrible news resulted in two years of pre-mourning, until that ghastly day arrived, the day the series finale aired. 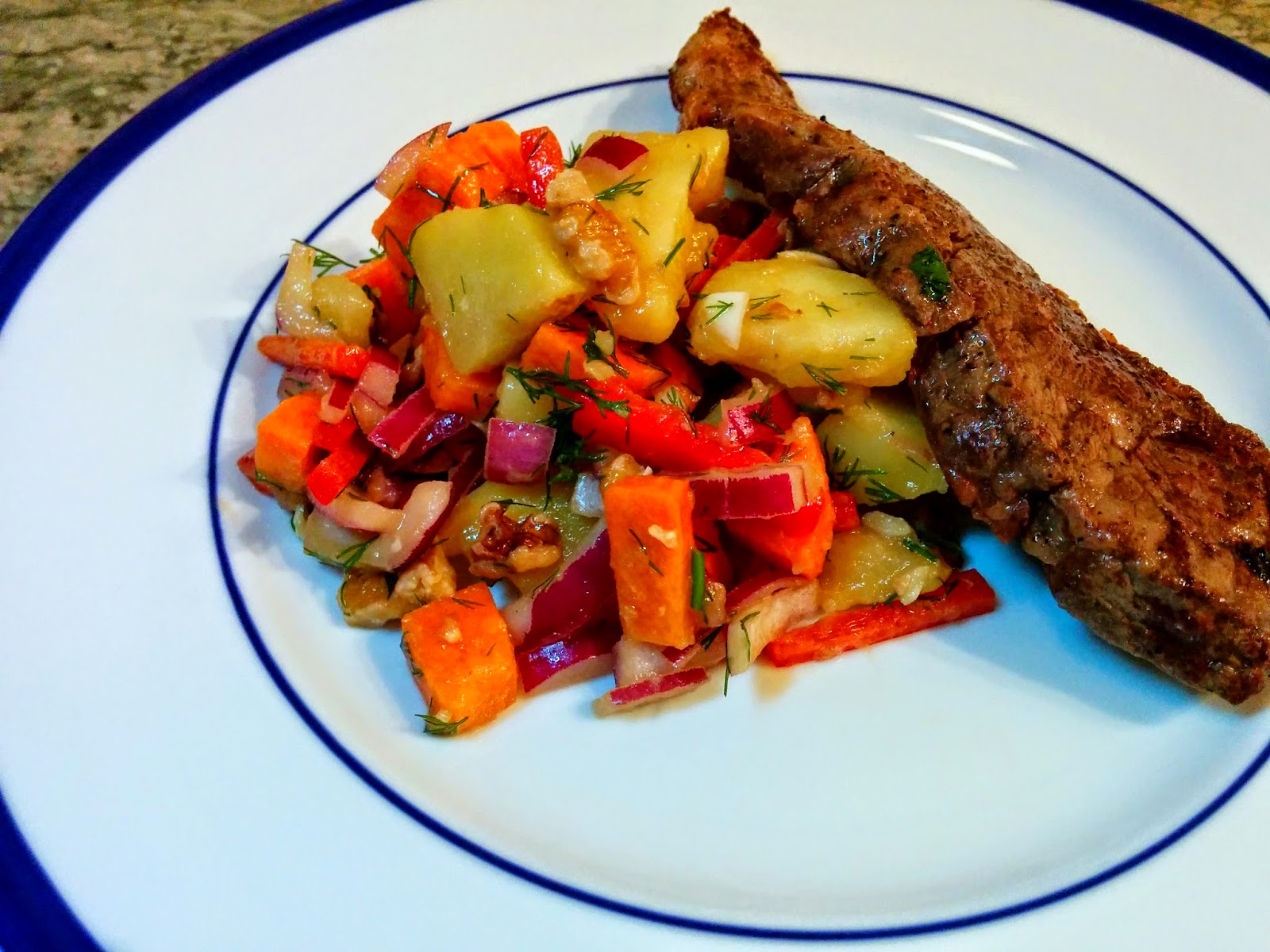 At least Xena’s ending was well planned, and gave us fans some closure. I feel it hurts so much more when your shows are abruptly cancelled, and storylines are left unfinished. Dark Angel, Heroes, Happy Endings, and whatever that Dawson’s Creek spin-off was called, just ended. And don’t even get me started on how much more I needed to see of The Neighbors and Super Fun Night… augh. At least some of my shows like Ugly Betty, and Brothers and Sisters had the luxury of using their last breath to wrap up their storylines and bring some closure to their storylines. So I’ve learned to enjoy and cherish when the networks have the decency to air and promote a show’s last season as such, so I can prepare myself to better cope with my loss. This season I’m saying farewell to Cougar Town and Glee, the shows that inspire me to binge drink and randomly break into songs. Yes, I do both of those things… sometimes… 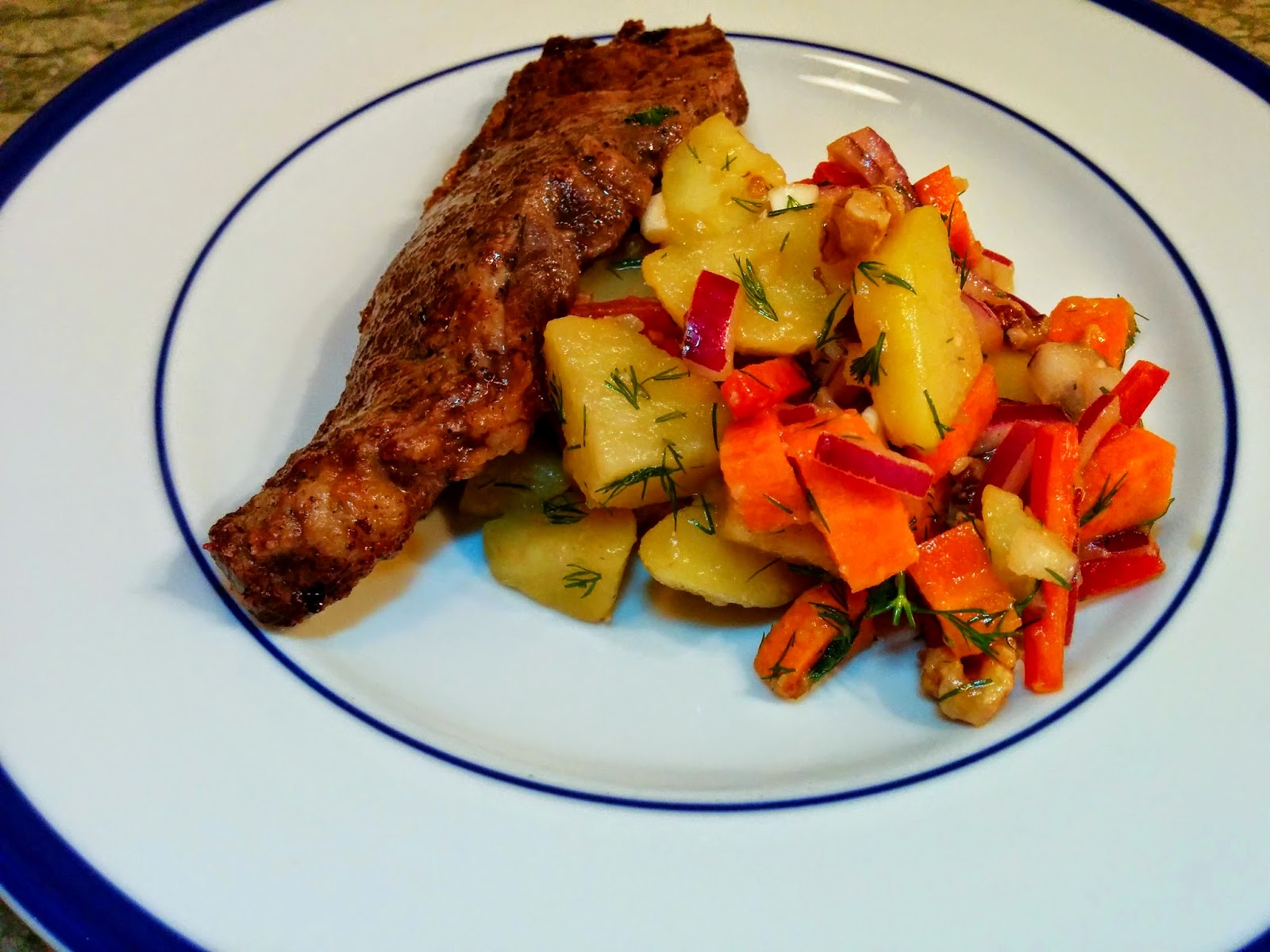 In the spirit of closure, I made this easy salad while zipping on wine and singing some tunes. It features potatoes and carrots, and I dressed it with a wonderful mustard vinaigrette. Toasted walnuts take this tasty salad over the top! I served it as an accompaniment to a steak, but it would go equally as well next to pork chops or grilled chicken! 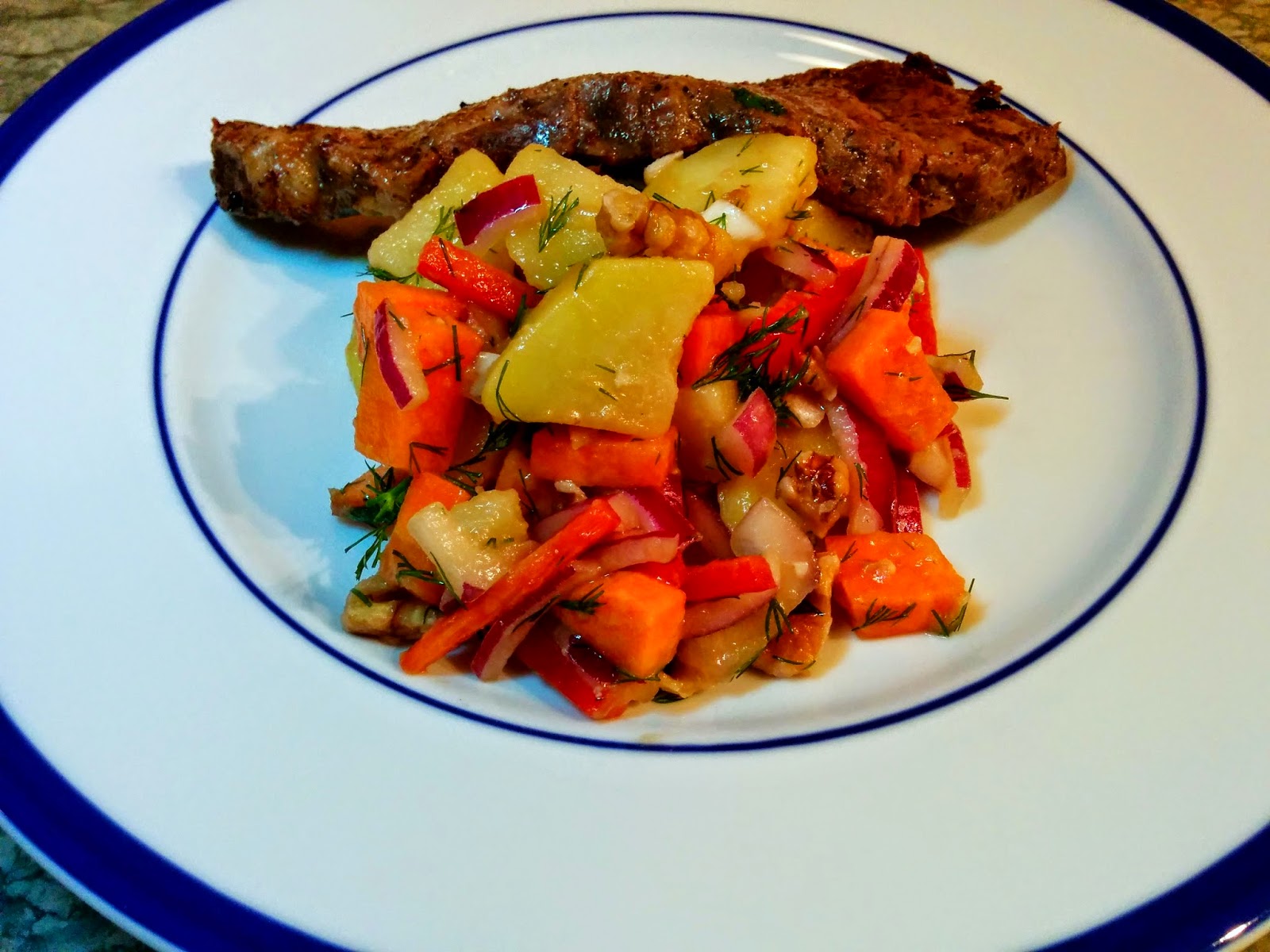 Boil the potatoes until tender (toothpick can easily go through). Drain and transfer to a mixing bowl. Toast the walnuts on the stove until fragrant (2-3 minutes). Remove from the heat, chop and transfer them to the mixing bowl. Add the carrots, onions and dill.
Use a small mixing bowl to whisk together the extra-virgin olive oil, balsamic vinegar, sweet and spicy mustard, honey, salt, and pepper until emulsified. Use the dressing on the salad, toss and serve.
Posted by Angel at 11:01 AM 2 comments: