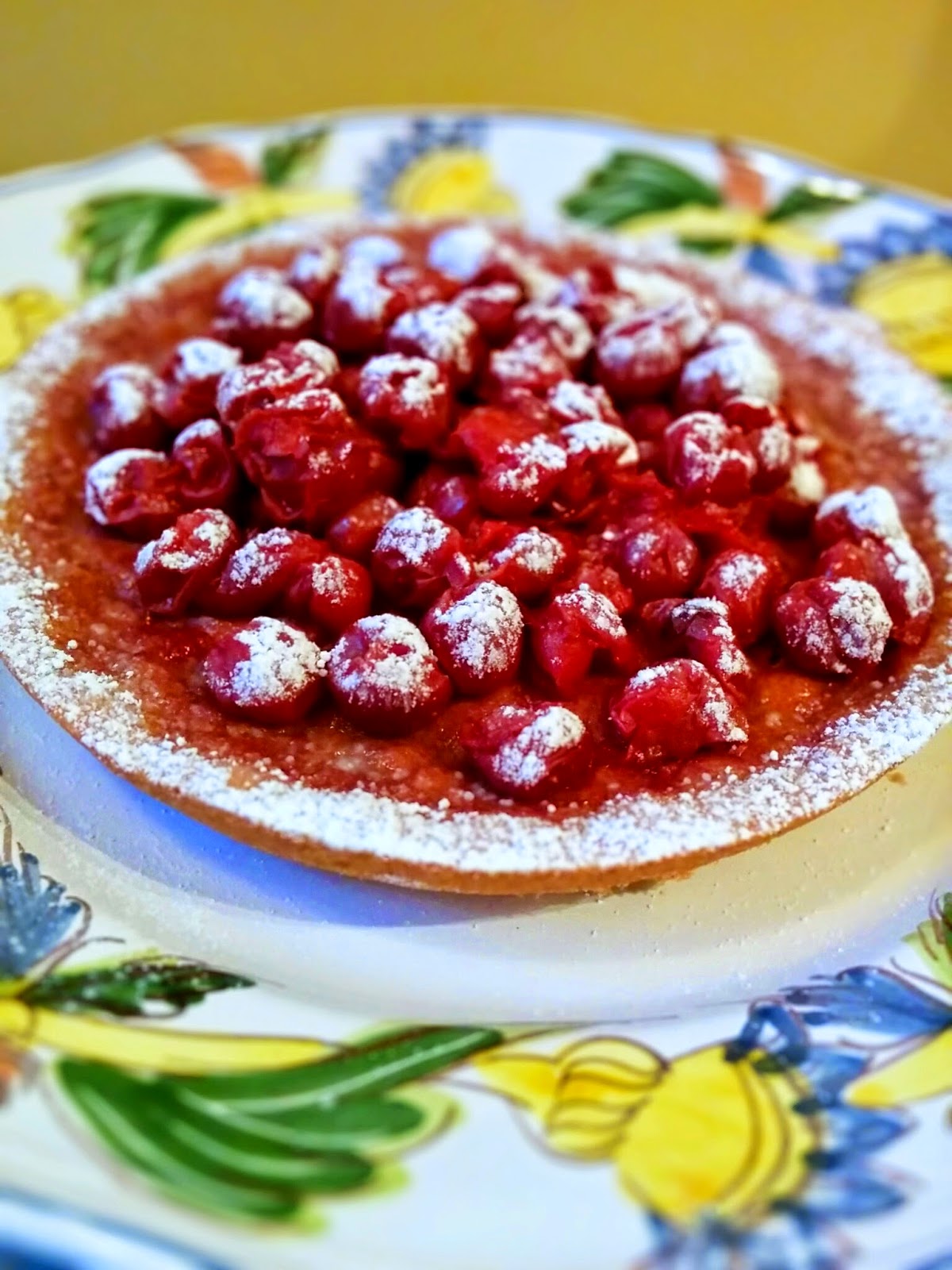 When I got home last night, I knew I had an easy task ahead: making a couple of tuna sandwiches for dinner. Not a big deal. Not only tuna salads are extremely easy to make, but the fact that I’ve made them hundreds of times gives me the confidence to say I could do one with my eyes closed. I had one little problem though: I was out of mayo. A normal person would’ve gone with one of the following options: buy mayonnaise, use a different condiment, or ditch the tuna altogether and make something else. But the key word in that sentence was NORMAL, which I’m not. Instead, I decided to make my own mayonnaise, even though I’ve never done so before.

Half an hour and a full sink later, I had a salty, broken mayonnaise. It was terrible. But I wasn’t too frustrated. I taught myself to cook; I’ve gone through worst disasters. I am resilient though; I try, I fail, I try again. It’s my proven formula. 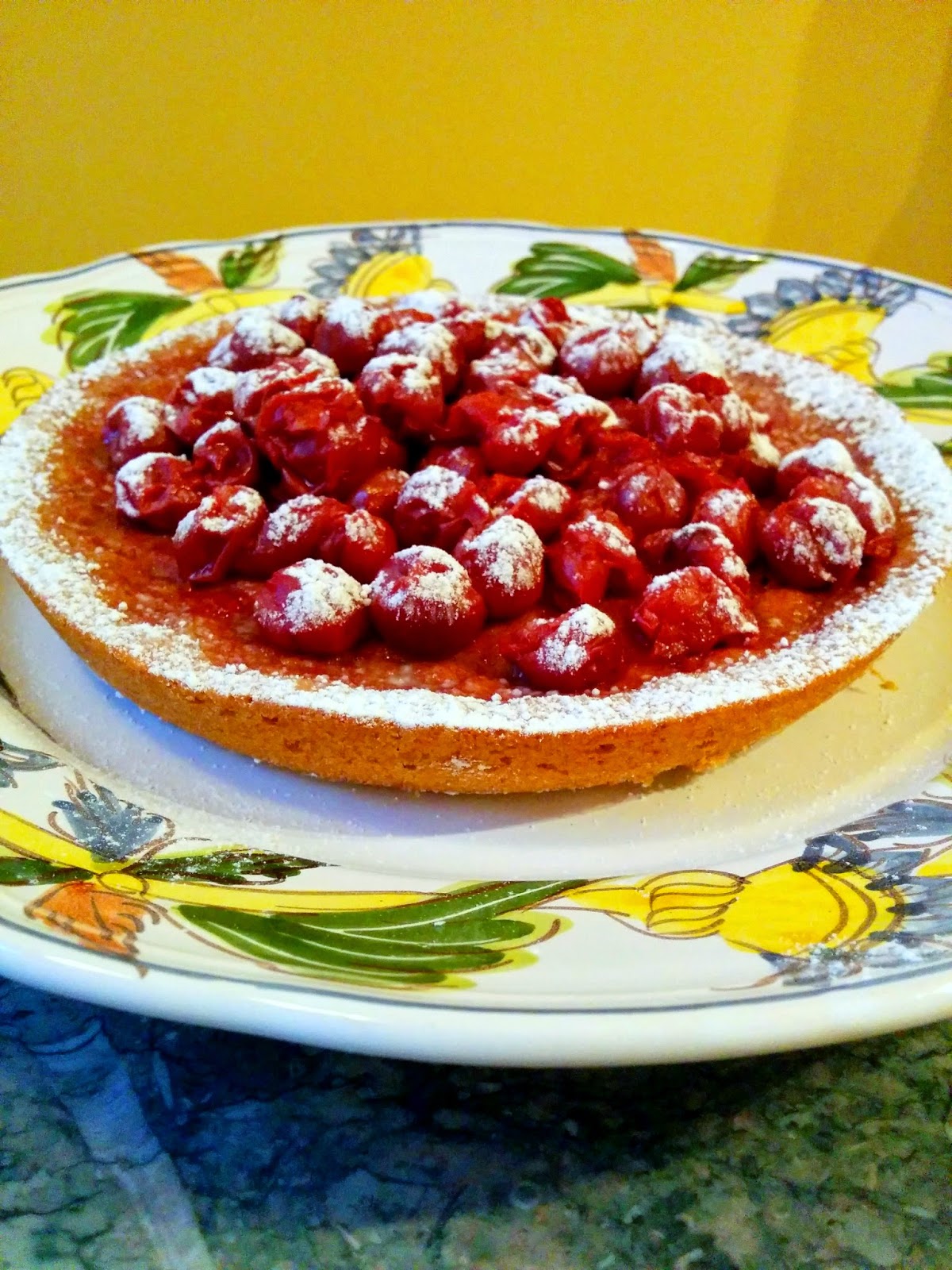 Many people are terrified of baking, but not me. After trying-failing-and tying again several times, I’ve gotten used to the ratios of ingredients, and the consistencies of batters. Once you let go of the fear of failing, you quickly realize how easy it is to follow a recipe, and to eventually come up with your own.

Today I’ll share this cake I made for breakfast. The cake itself was made from 100% whole wheat and peanut butter. It has a wonderful consistency and a luscious taste. To give it more of a peanut butter and jelly profile, I topped it with sour cherries. I know, sour cherry season is still far away, so I used sour cherries canned in water. I admit, they have a bit of a pale look. But I tossed them in sour cherry syrup, and topped them with powdered sugar, and they actually taste really nice. I poured the extra syrup over the cake to soak it. After resting overnight, the whole cake tasted like peanut butter and sour cherries, and the cake was moist and juicy. 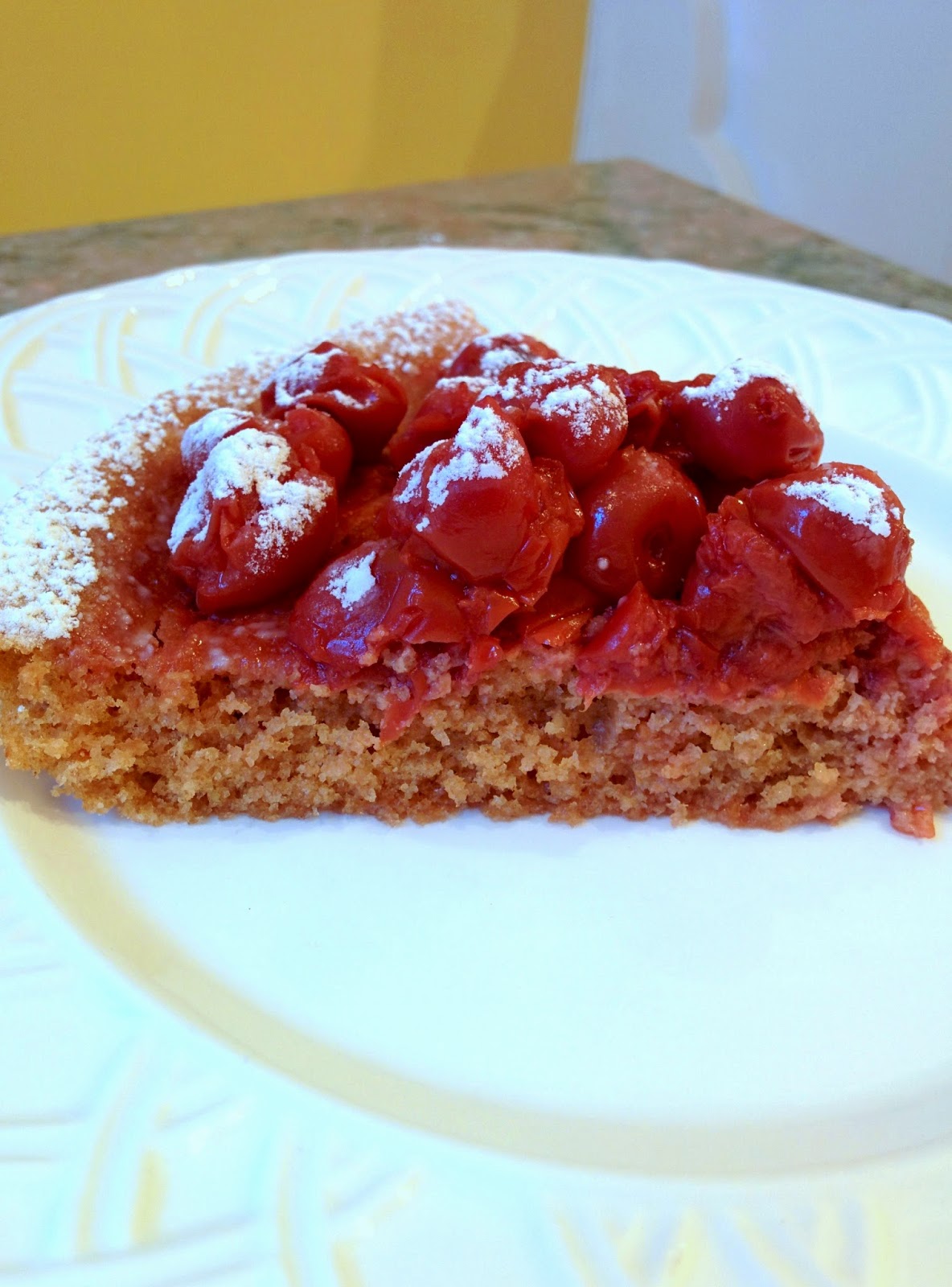 I know you heard the words peanut butter, sugar and syrup. Still, this cake it’s not a calorie bomb. Au contraire, this breakfast cake stands at a mere 189 calories per serving! Pair it with coffee, and it’s the perfect start to your day.

Make the cake.
Preheat an oven to 350F. Grease a 5” iron skillet with butter.

Using a mixer, beat the egg and sugar together on medium-high speed until it fluffs and expand to 3 times its size (about 3 minutes). Add the vanilla and the peanut butter, and continue mixing until they are incorporated. Using a wooden spoon, incorporate the flour until mixed. Pour the batter in the iron skillet, and bake for 20 minutes (or when a toothpick comes out clean). Once baked, cool the cake for about 5 minutes before removing from the skillet to cool.

(If you don’t want to soak the cake, top the cake with the sour cherries without transferring the syrup they were tossed in).
Posted by Angel at 11:54 AM