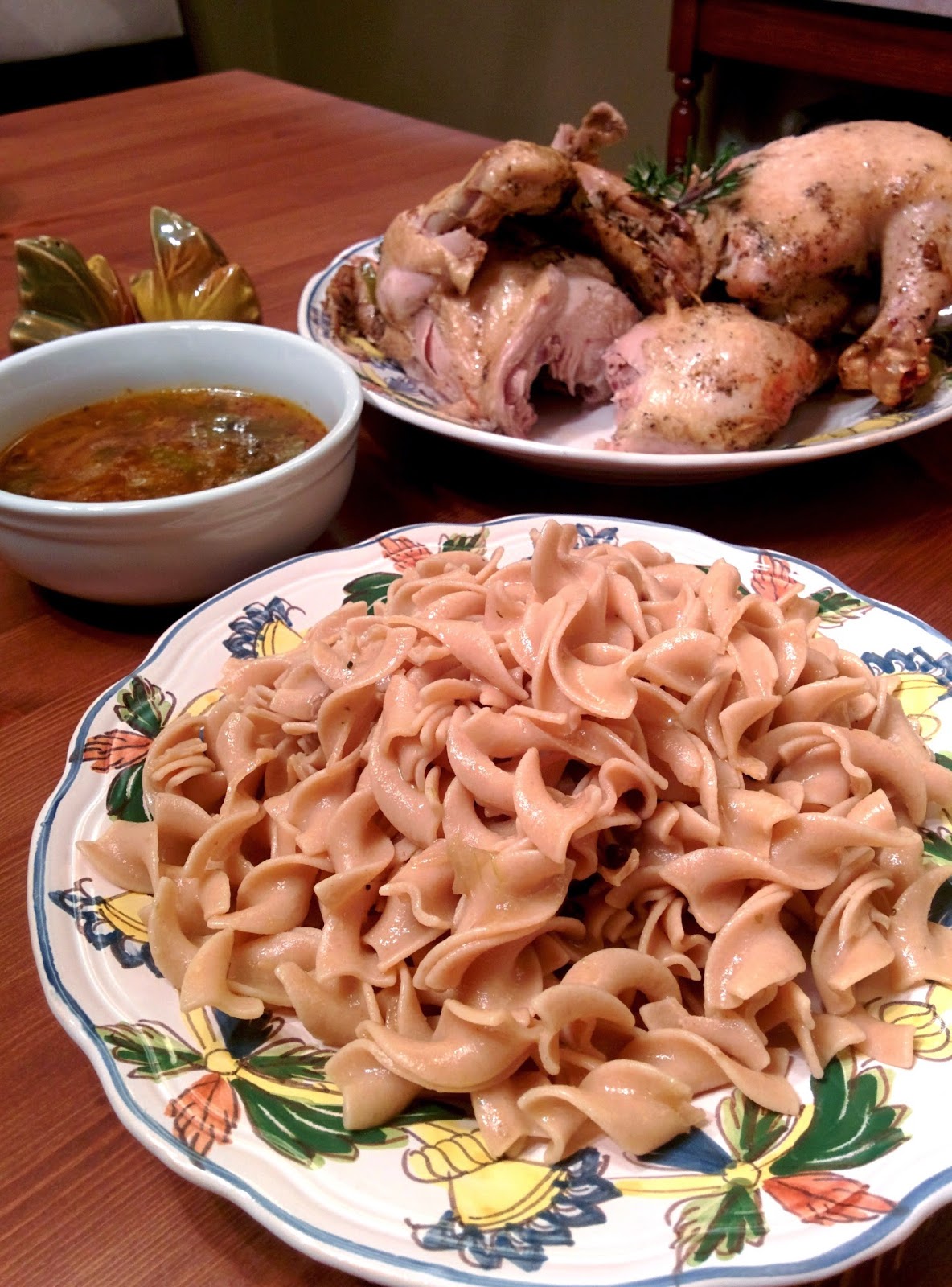 I commute by bike during the warm months, and I drive during the cold ones. That’s the way I’ve done it for several years now. Not to sound too catastrophic nor pessimistic, but I know that if a cyclist will have an accident with either snow or black ice, it will be me. I know it. But somehow, I’ve been feeling guilty every time I see someone commuting by bike. I’m not sure what’s underneath that guilt, but it’s stupid and I need to stop it. I mean, what’s next feeling guilty over wearing boots and not sandals?

Thankfully, I know myself well enough to know that (sometimes) the best antidote for this kind of behavior is to try to displace my worries with the thoughts of happy memories. And since my happy thoughts seem to always be connected to food in one way or another, I slowly shifted towards the memories of my aunt’s pollo al caldero. Pollo al caldero is basically a whole chicken cooked in a caldero or Dutch oven, on the stove. It’s cooked with green cubanelle peppers, and it features the delicate and nutty taste of achiote (annatto), which also gives the chicken a beautiful color. This is probably one of the first dishes I learned to make. I loved it so much, that I developed a technique for making it in my dorm’s microwave. Let’s just say that if there is one thing I have in abundance, it’s determination. 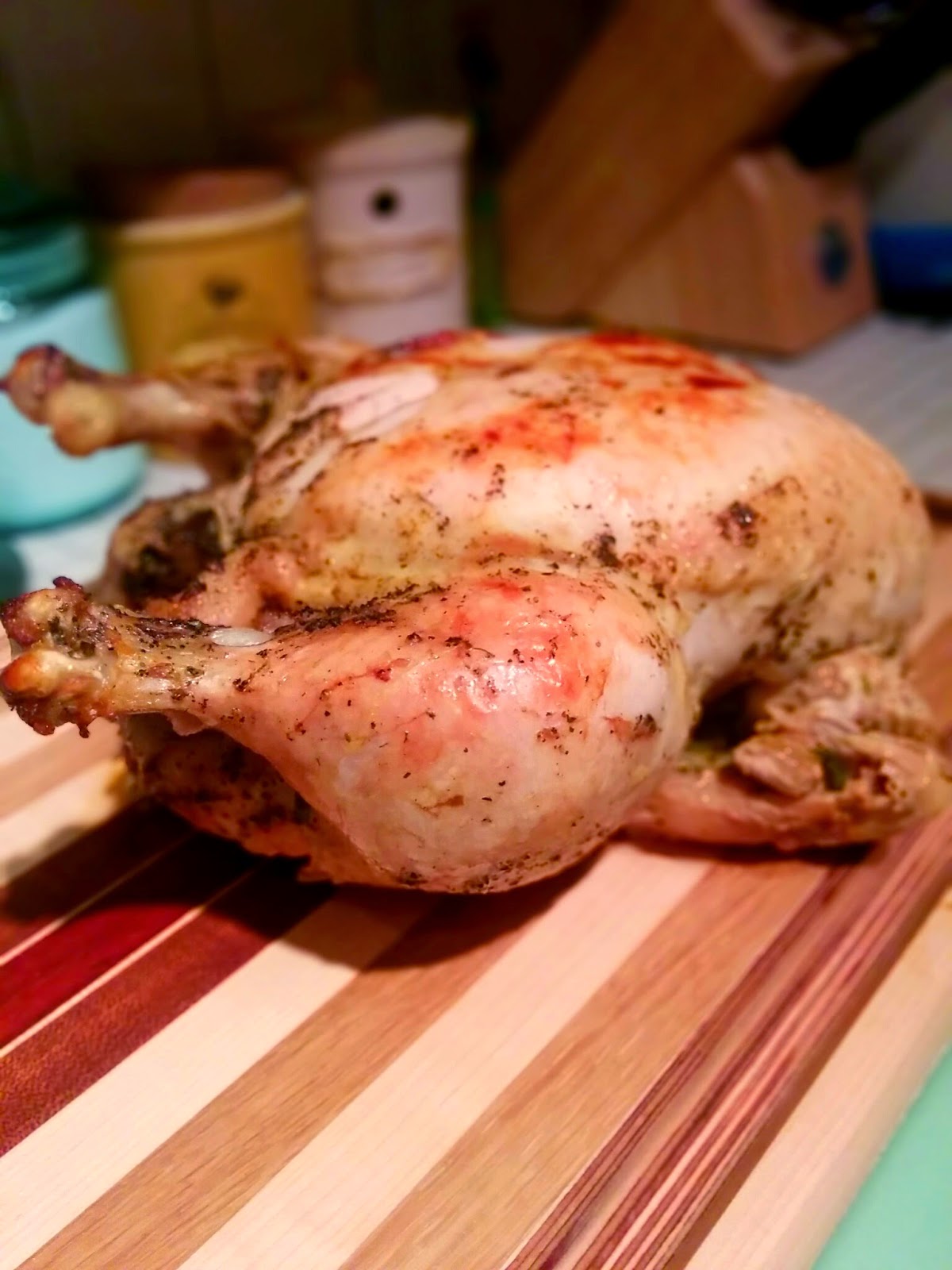 This week I made a dinner inspired by pollo al caldero. I started by extracting the oils and colors from the achiote seeds in the Dutch oven. Instead of removing the seeds after the first couple of minutes, I kept them there to develop a smokier, deeper flavor. I sautéed onions, cubanelle and jalapeño peppers, garlic, and tomato paste in that oil. Then I added a seasoned whole chicken, breast side down, and covered the Dutch oven. It went to the oven to roast at 325F. After a half hour, I turned the chicken breast side up, and returned it to the over (covered) for an additional 20 minutes. Finally, I removed the lid and roasted uncovered an additional 15 minutes. 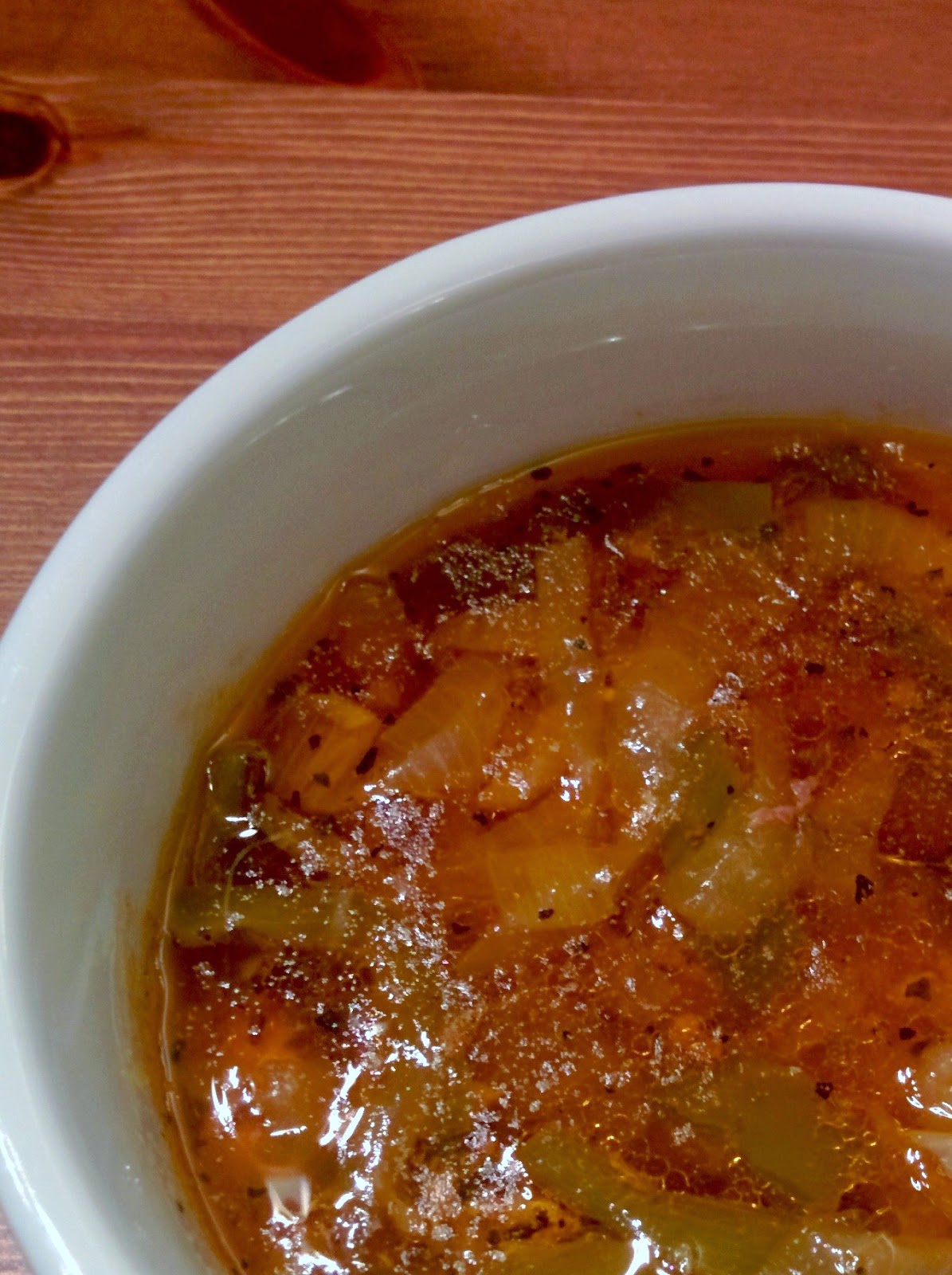 There are significant differences between the pollo al caldero and what I did. The pollo al caldero does not have the stew base I made. It has the chicken, seasoned with ground achiote, and the cubanelle peppers. That’s it. And it does not go in the oven; it gets cooked on the stove. But I wanted something different. I wanted to use the juices of the chicken, and my stewing components to make a broth I could eat independently from the chicken as a “soup”. That soup is what actually carried all the pollo al caldero flavors. It was so damn good! 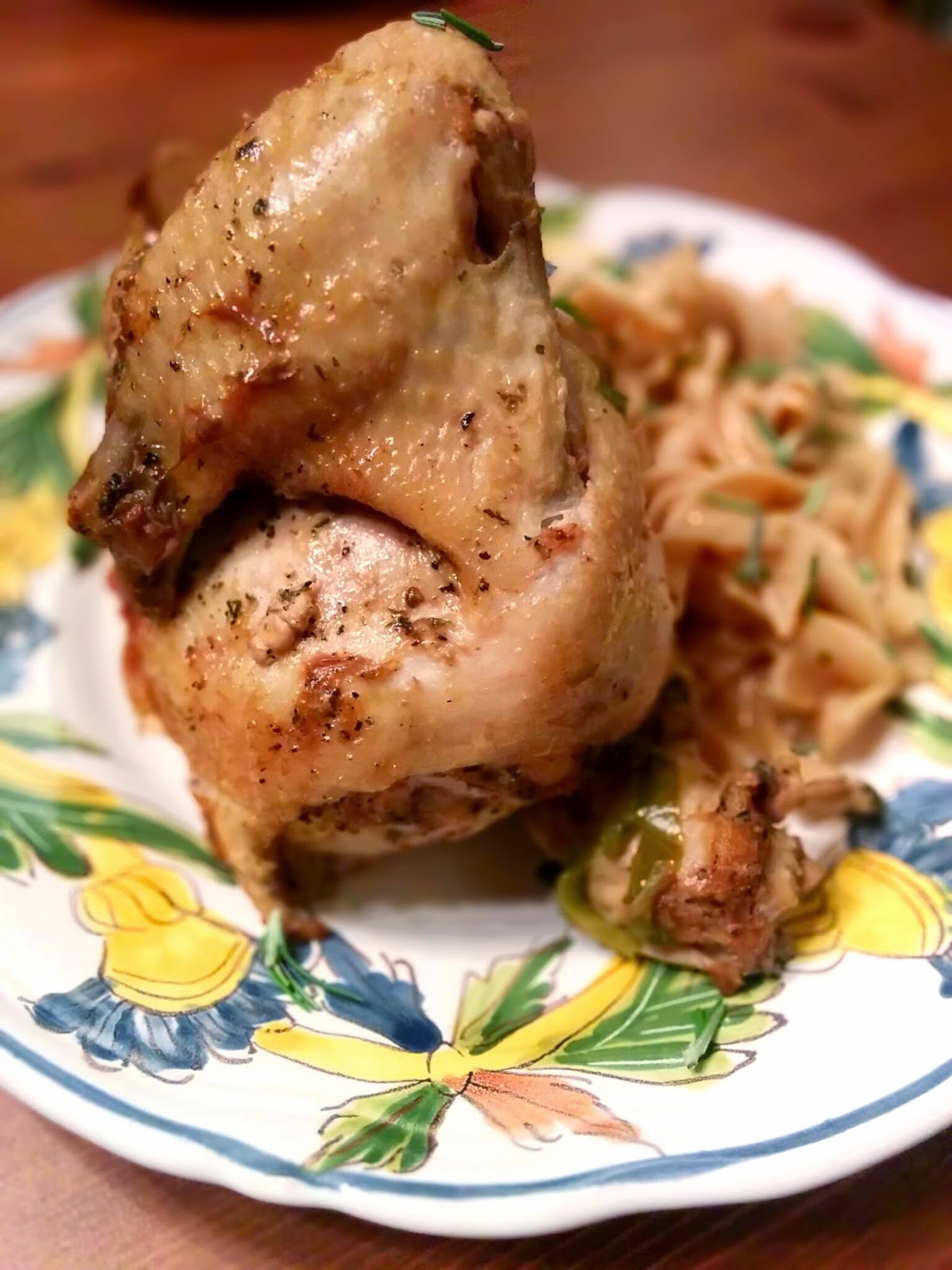 The chicken had the classic taste of a rotisserie chicken, with an added benefit: juiciness. This may well be one of the juiciest chicken you may ever have. That breast was to die for. Yumm. I tossed whole wheat noodles in the chicken broth and had them as a side. Oh my, were they delicious!

Preheat the oven to 325F.
Season the chicken with salt, pepper, oregano, basil and cumin. Set aside.

In a Dutch oven, heat the corn oil over medium heat. Add the achiote seeds. The color will be extracted within 1-2 minutes. (At this point, you can either remove the seeds with a slotted spoon, or keep them to add a deeper, smoky flavor.) Add the onions, cubanelle and jalapeño peppers, and a pinch of salt. Sauté for 4-5 minutes. Add the garlic and tomato paste and cook for an additional minute (stirring).

Boil the noodles according to the manufactures instructions. Use the juices from the chicken to coat the noodles.

Serve the chicken broth on its own with the onions and peppers, but leave the achiote seeds behind.
Posted by Angel at 12:57 PM