In case you've missed it, I will state it once again: I LOVE THANKSGIVING. It's my favorite holiday. In fact, depending on the day (the mood, the stars) I might even say that Thanksgiving is THE ONLY holiday I really like. So when we found ourselves somewhat overworked this year, we knew we had to downsize our Thanksgiving celebrations, but we knew we would still enjoy the holiday nonetheless. After all, I believe Thanksgiving is about the love you put into a meal you will be sharing with your loved ones. And that's exactly what we did. Let me show you a selection of  some of the stuff we had last Thursday. 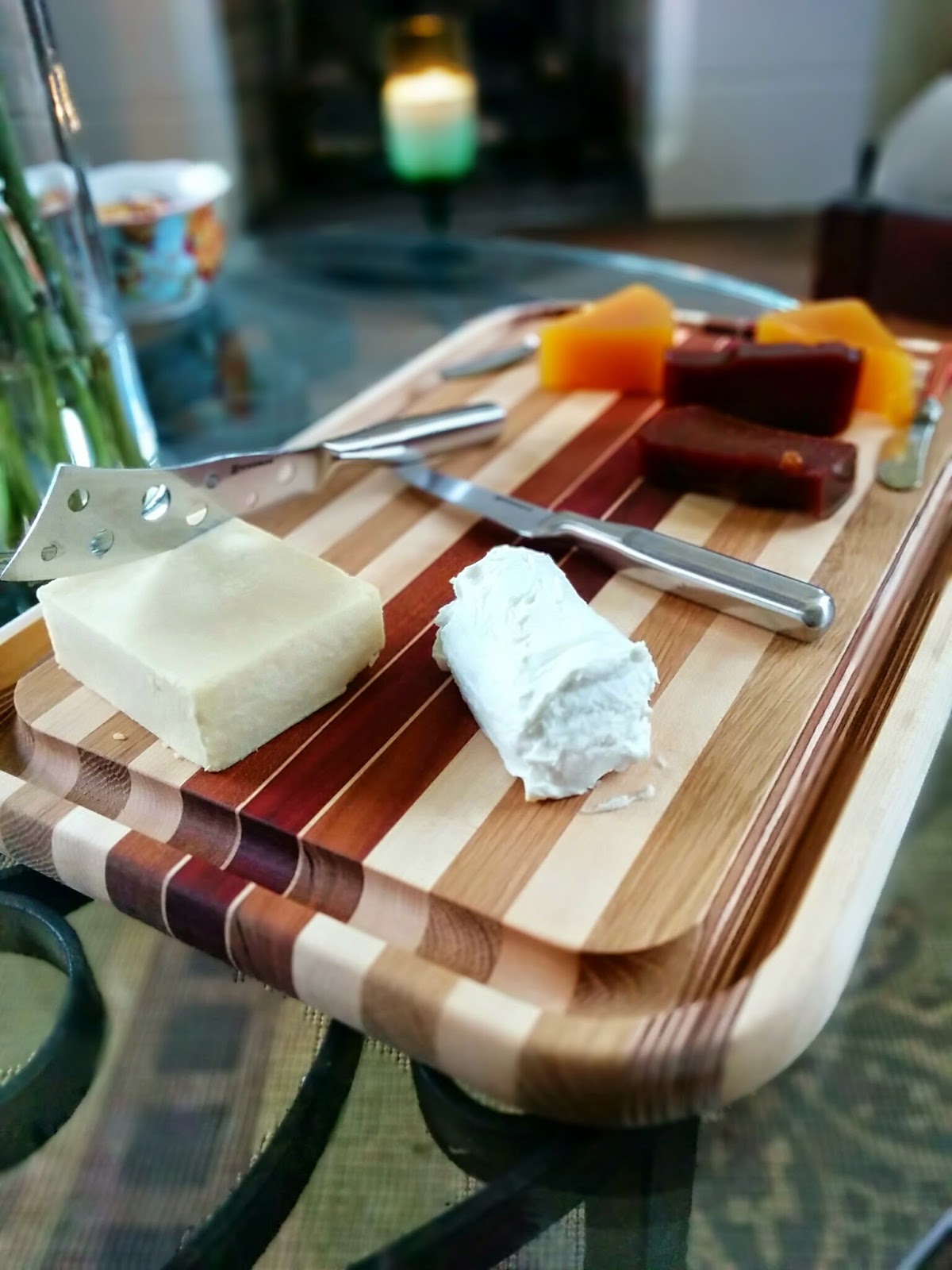 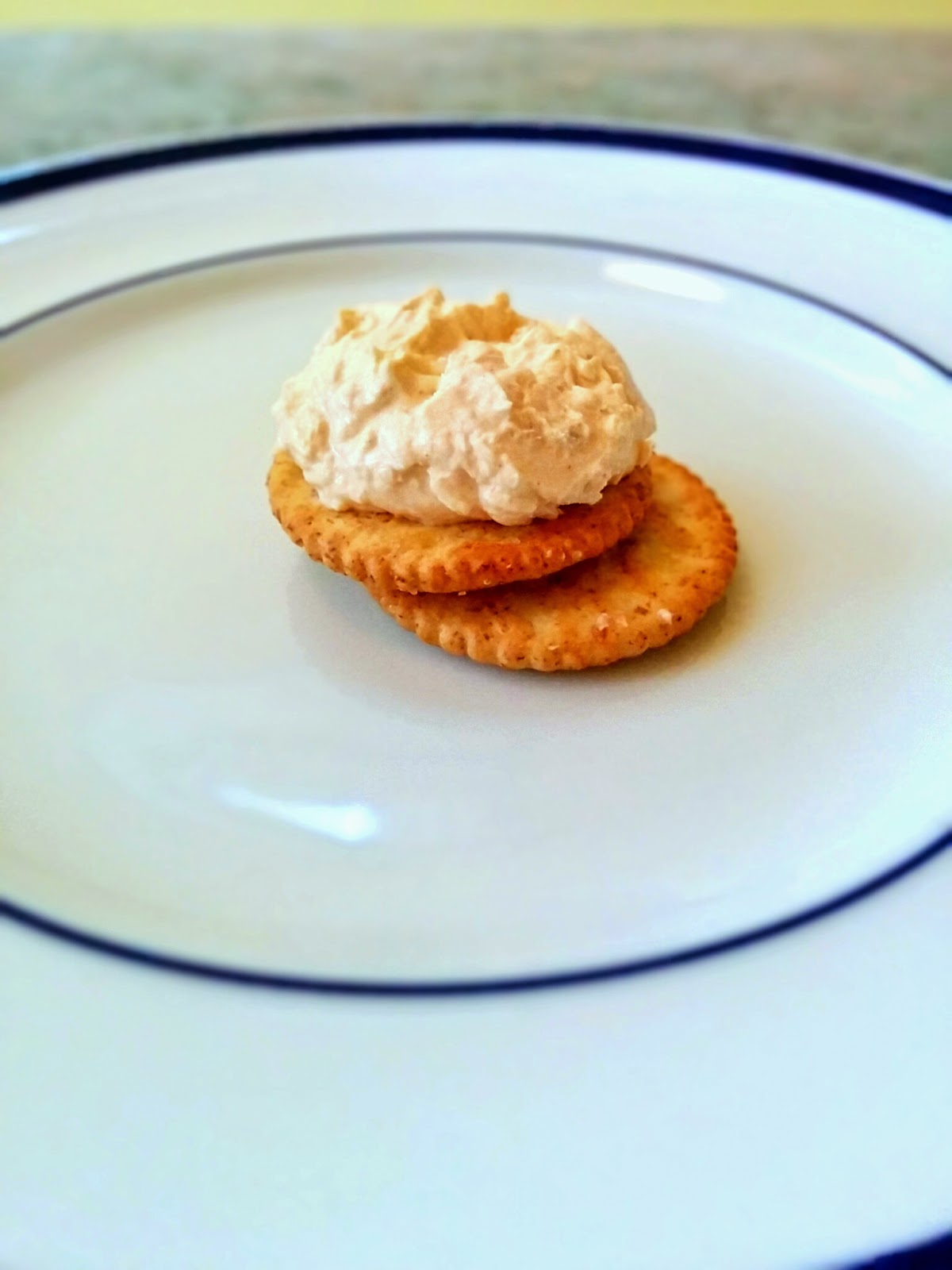 The apps. We received our friends and family about an hour away from feasting so we kept the appetizers simple. We basically had goat and cheddar cheeses, served with quince and sweet potato pastes/jam. You might not see them on the pic but we also had whole wheat crackers and a trail mix. Also, we had a delicious cheese and paprika dip courtesy of Mama Pia, who was was kind enough to send us some goodies, even though she wasn't feeling well enough to make it to the dinner. 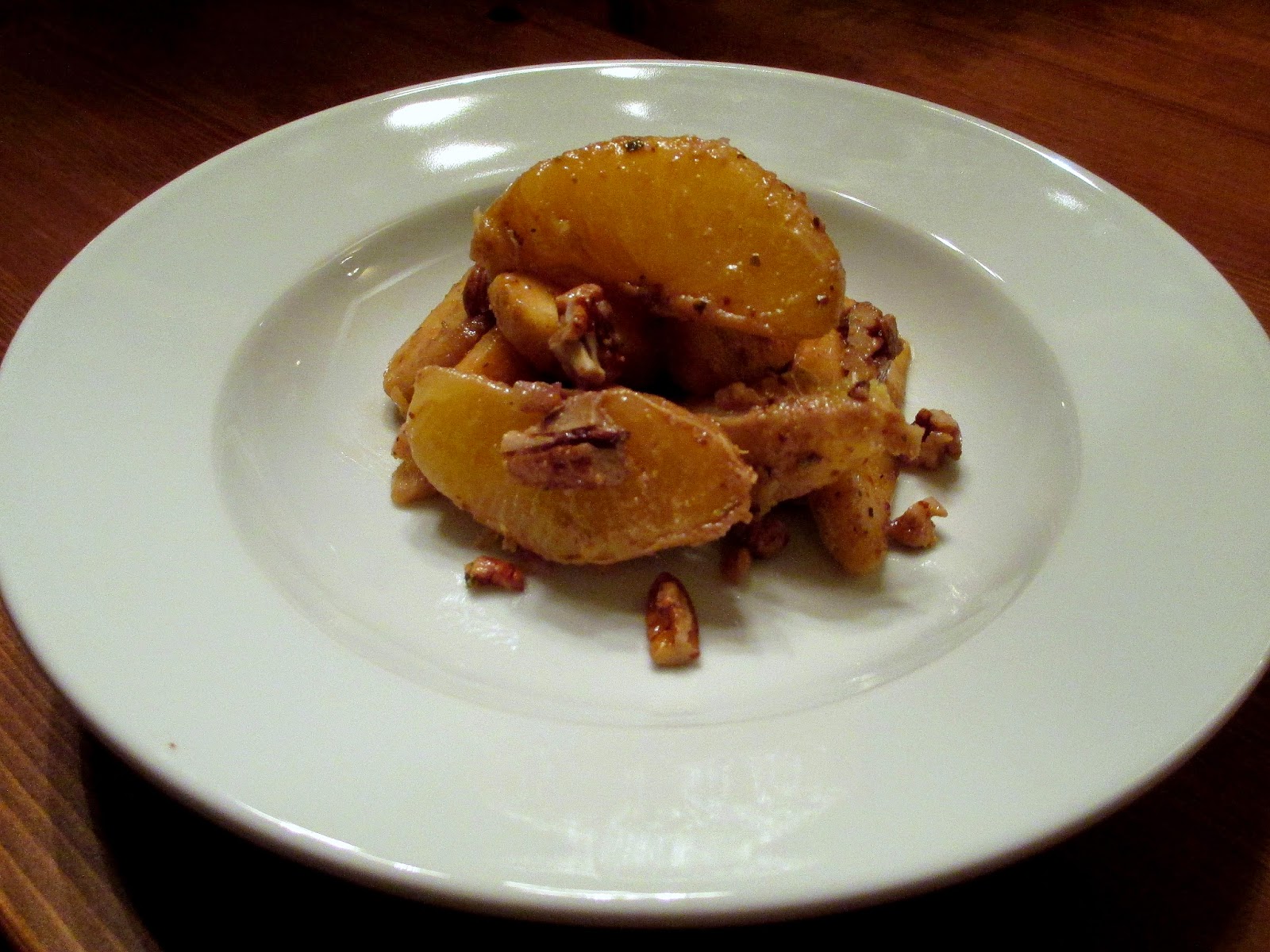 The salad. Well, I didn't have anything against having a more traditional salad for our Thanksgiving dinner, (you know, besides those greens not being seasonal) but I decided to go for something else instead. I made this apple and orange salad with walnuts in a maple vinaigrette. It was really good. 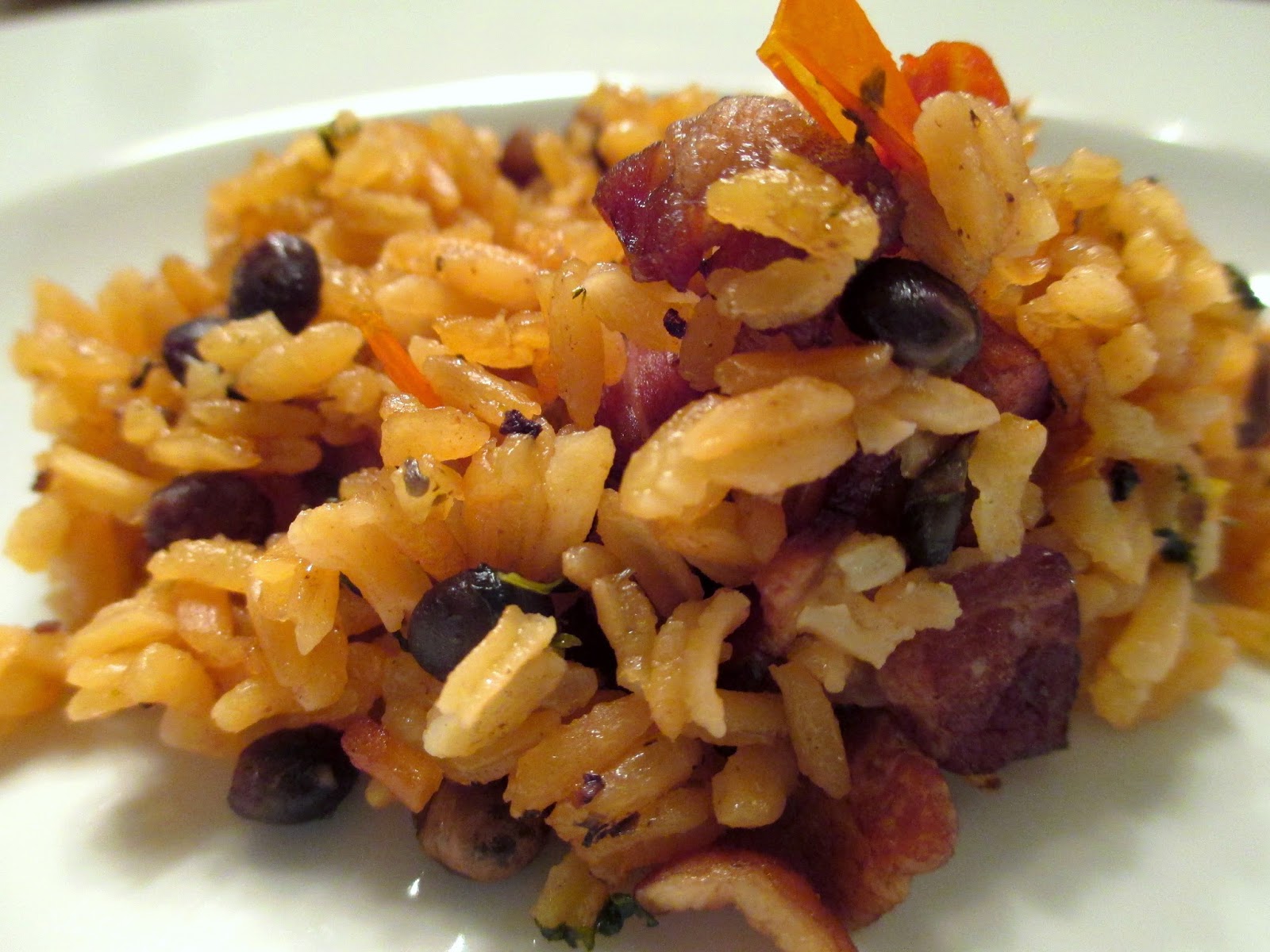 The rice. Although the thought of rice during a Thanksgiving dinner may sound to many like a continuation on the theme (of me getting away from a traditional menu), that is not the case. In fact, my first 20 Thanksgivings were equally centered around arroz con gandules, a staple dish of any Puerto Rican dinner that claims to be special. Since I must (sadly) admit that my rice skills are spotty, I called in a professional; my friend Alice makes the best arroz con gandules this side of the Atlantic, and she was responsible for this beauty.The gandules have a nutty taste that plays so well with the saltiness of the bacon/ham, the capers and the olives. And it goes perfectly with turkey. 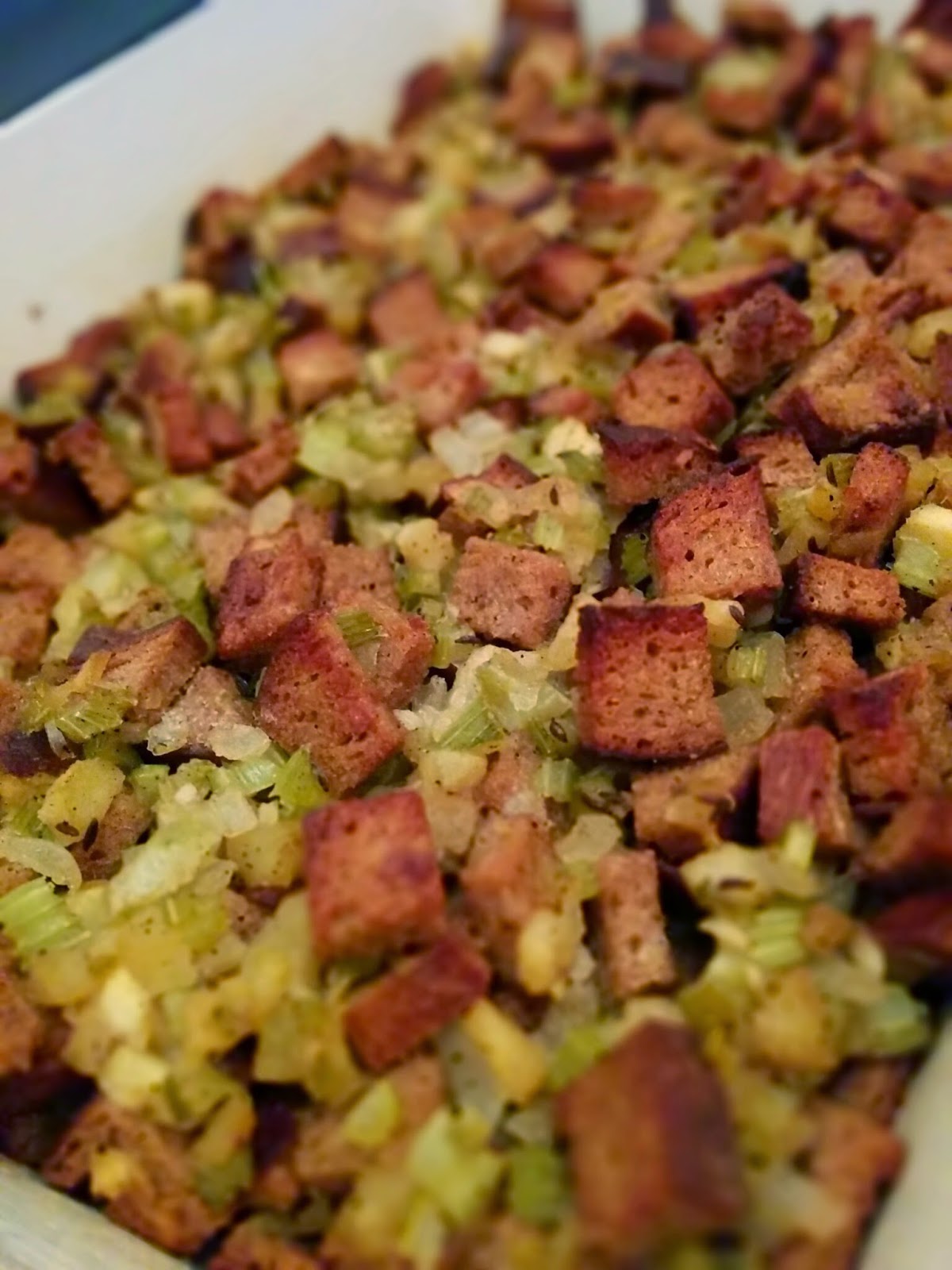 The stuffing. Well, there is no way I am letting anything stuff my Thanksgiving turkey. There's no way in hell. But I do love stuffing/dressing, and my BF makes the best I've ever had. He was feeling adventurous and wanted to try a different recipe this year, so he made this one. It features rye bread (his favorite, my acquired taste) and celery.  I really, really loved it. 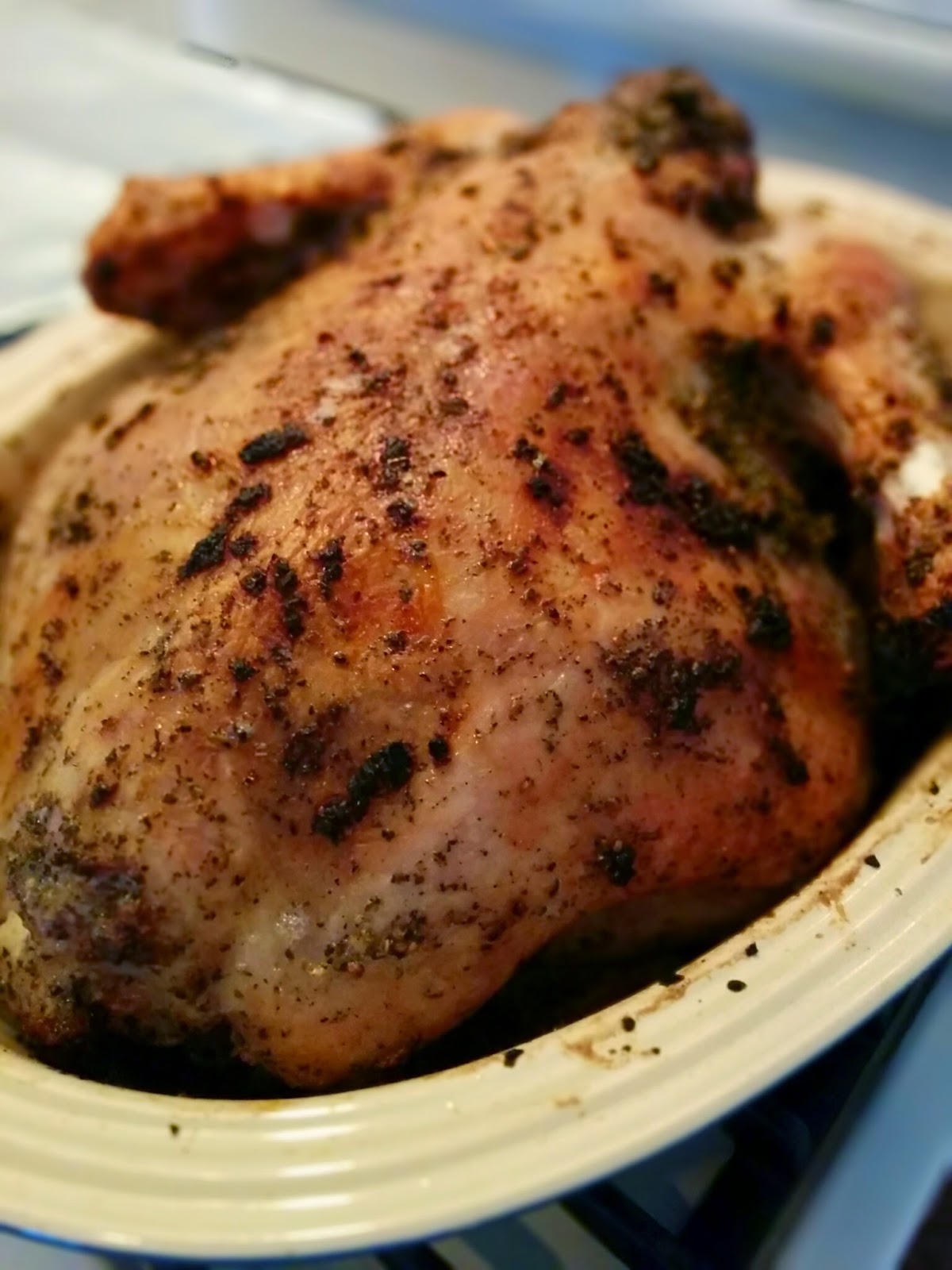 The turkey. OMIGOD. I love turkey. I love turkey so much that during my college years about half of my meals were turkey based. I made this turkey the Puerto Rican way, as a pavochón - a turkey (pavo) that tastes like pork (lechón). In a nutshell, the turkey sits in a garlic-heavy marinade for at least one day, and then it's roasted to perfection. Besides eating it, my favorite part of making this turkey is to actually smell it as it roasts. This picture was taken halfway through the roasting process.  After that, I was devoted to my guests and to what I call the Thanksgiving spirit. 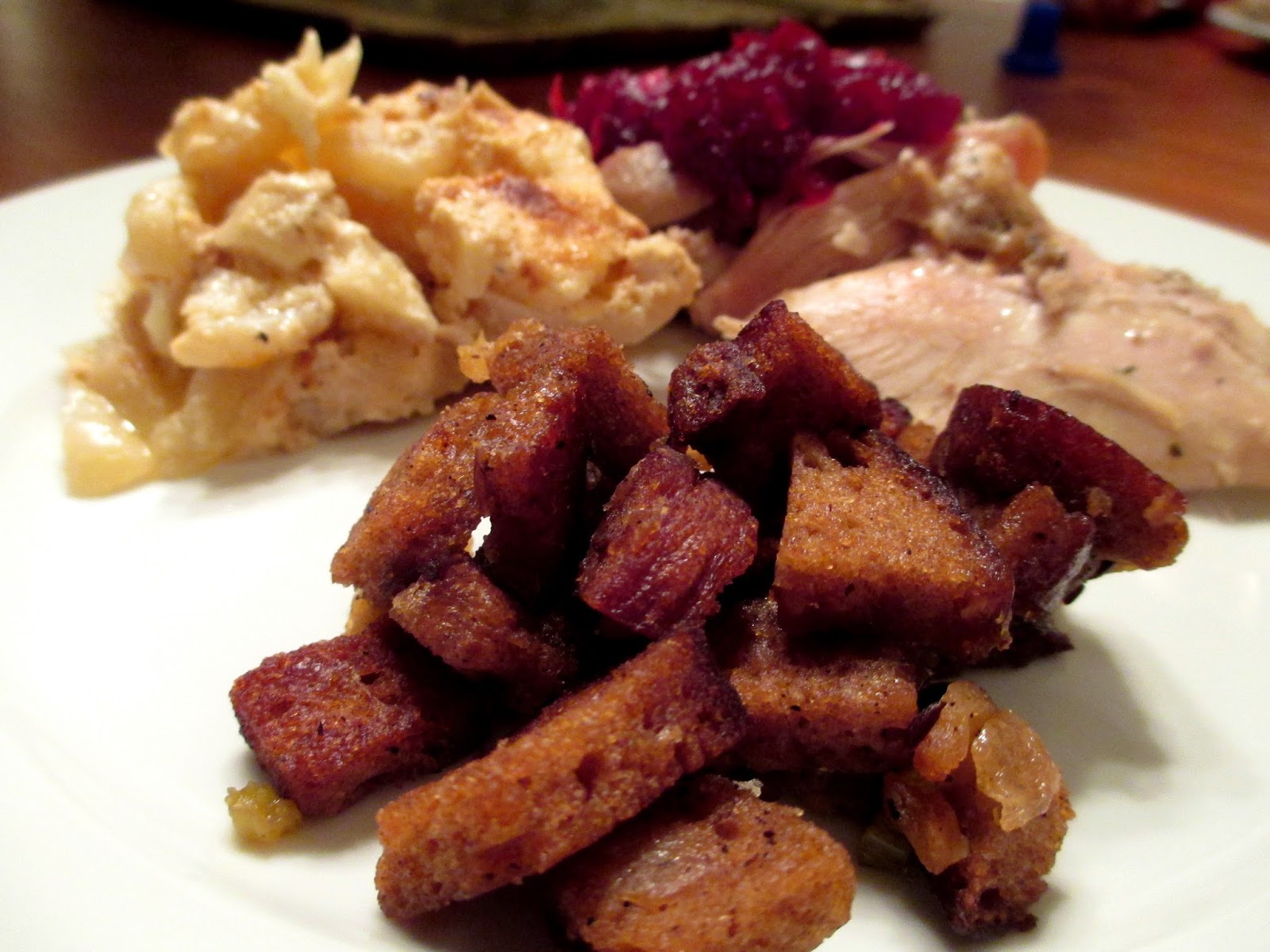 The dinner. In addition to the stuffing, our dinner featured two other dishes made by my BF. Almost at the last minute I asked him to make scalloped turnips and parsnips. At that point he probably realized I wasn't kidding when I said I didn't want a single potato served for Thanksgiving. I'm glad he was in charge of this winter roots, because they turned out so good! The creaminess was amazing. He also made a wonderful cranberry sauce, the second one he made within a few days. They were somewhat different, but both of them were super tasty! 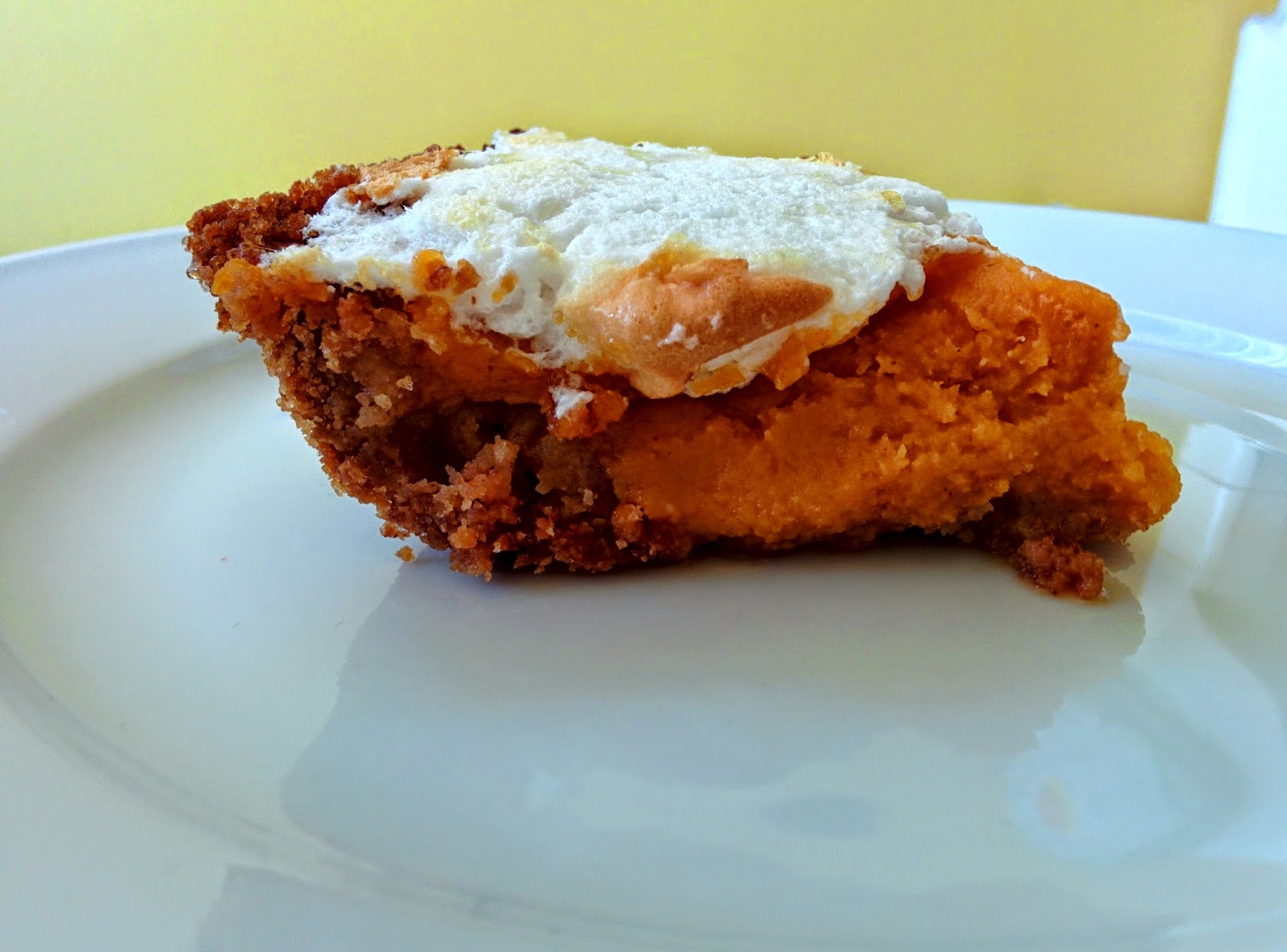 The desserts. I feel like most of us are lucky if we actually end up eating a good dessert during Thanksgiving. Well, we were really lucky to get to eat two wonderful desserts. First, we had what is probably the best sweet potato pie I've ever had. And I've had plenty of pies. This one was made by our friend Krista. I was greedy so I kept the very last piece of the pie and while storing it to eat it the next day (when I took this picture) I may or may not have ruined the beautifully browned pics of cream/meringue topping the pie. I didn't mind it; the pie was still so good! I especially loved how well the Graham crust contrasted with the flavors she developed in the filling. Yumm. 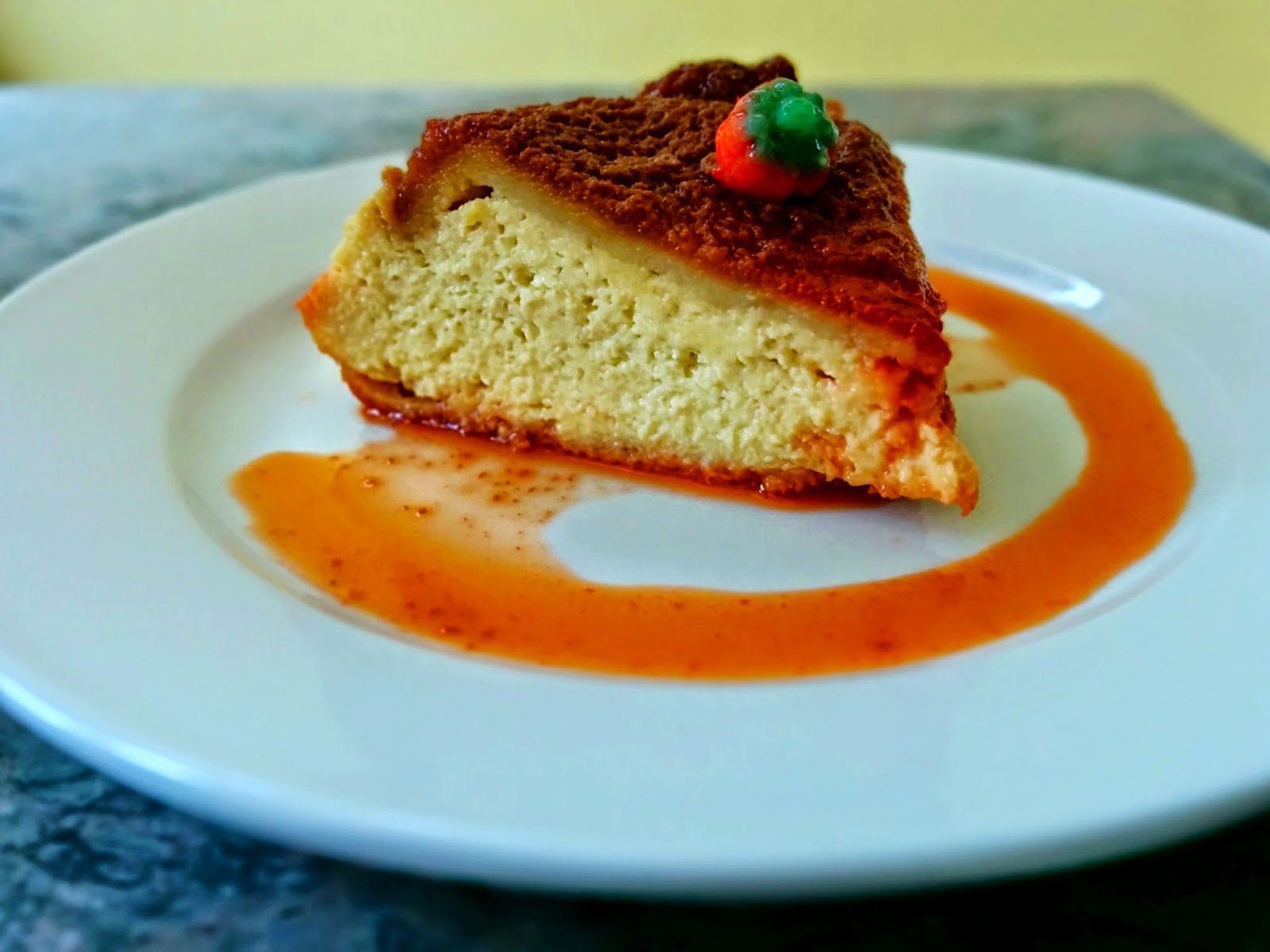 Also, we had a luscious flan, courtesy of Mama Pia. Not only it was good, but it was so beautifully decorated that I even felt guilty slicing it. But I did. And I ate it like there was no tomorrow! This flan reminded me to be thankful. Thankful to be able to enjoy all of this wonderful food with friends and family.
Posted by Angel at 11:42 AM