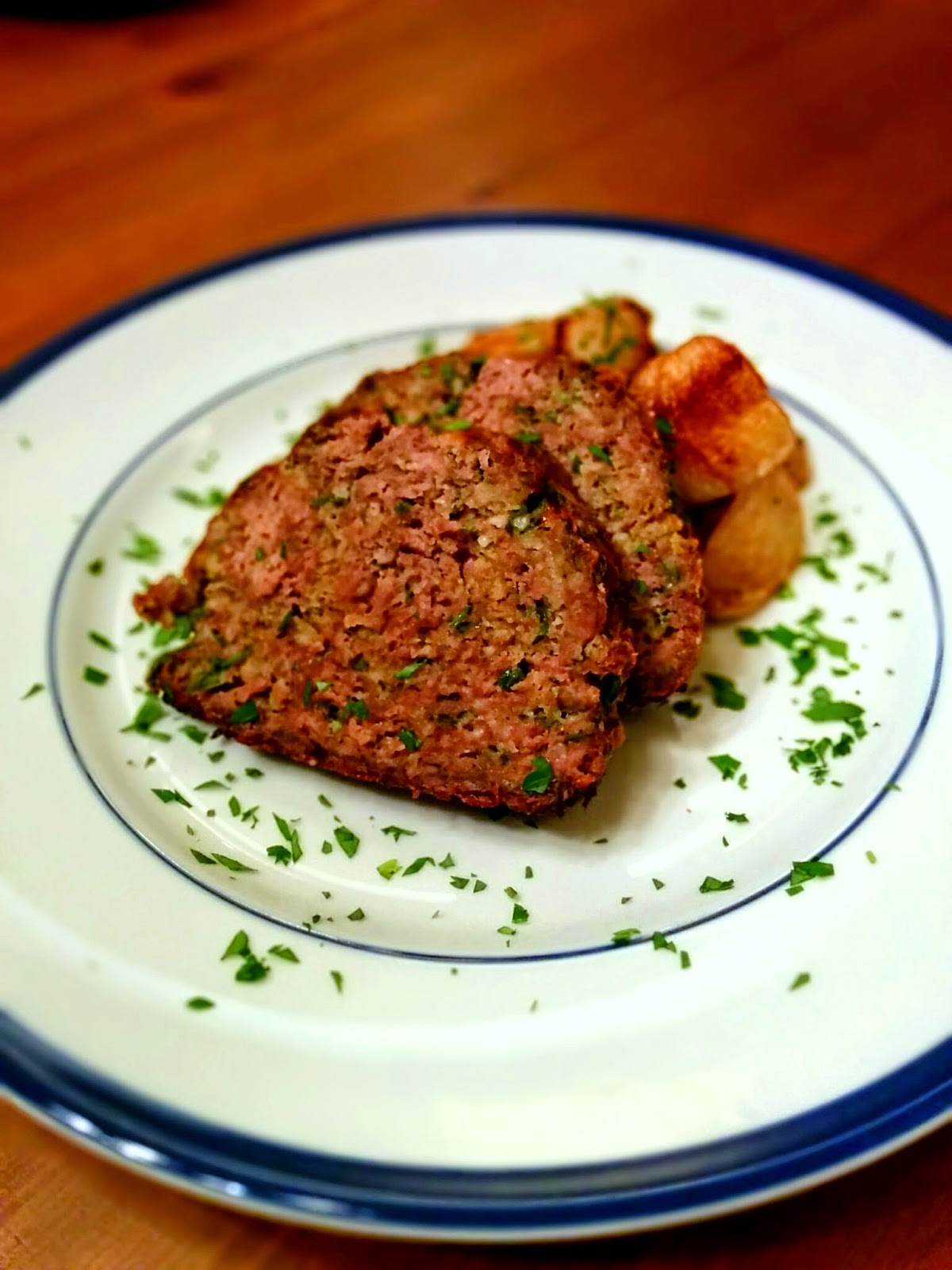 Before even traveling, I had already planned writing an extensive post on my trip to Puerto Rico. I spent a week there, and every night I took notes, I studied recipes, and I wrote mini-reviews of eateries and restaurants. Hell, I wrote enough details of my day-to-day “adventures” to write my own damn book. But the universe had other plans for me, and instead of writing the great American novel, I had to use all of my energy on fighting a nasty cold that completely annihilated my will to live. When I was not whining and feeling miserable, I was shoveling my car out of the snow. Agh. 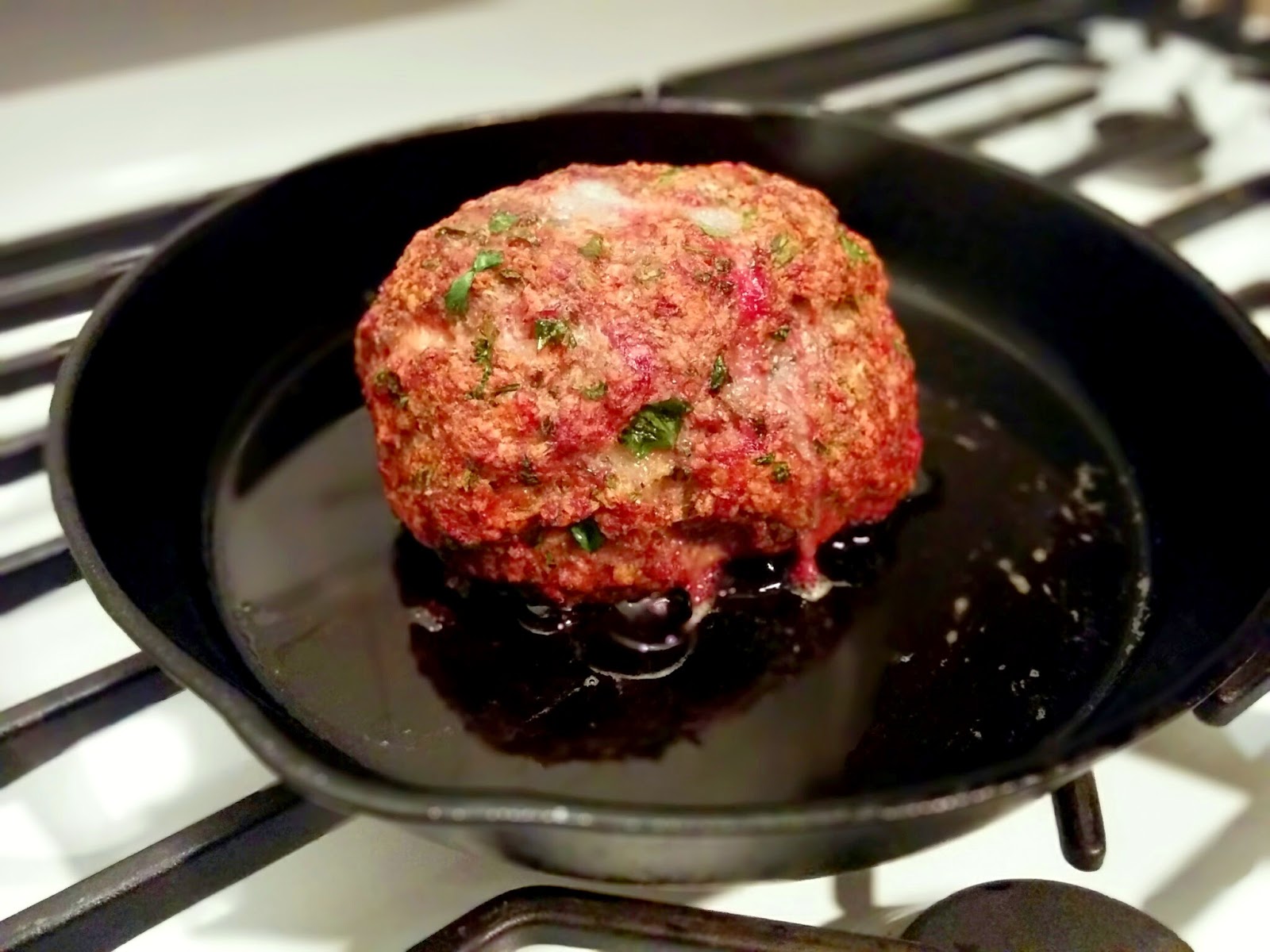 But those are all old news now. Enough with the past. This week I was featured in Eric Hollingsworth’s week-long Clean Eating Challenge on Facebook. The challenge was not only to eat clean, but to season your meals with more than just salt and pepper. When I heard of the challenge, the absolute first thing that came to mind were pork chops and squash with pumpkin seed vinaigrette, a recipe I learned from Bon Appetite, and had since shared on this blog. So I shared that recipe with them, and I spent time answering some questions, and seeing pictures of the great meals the challengers had made. 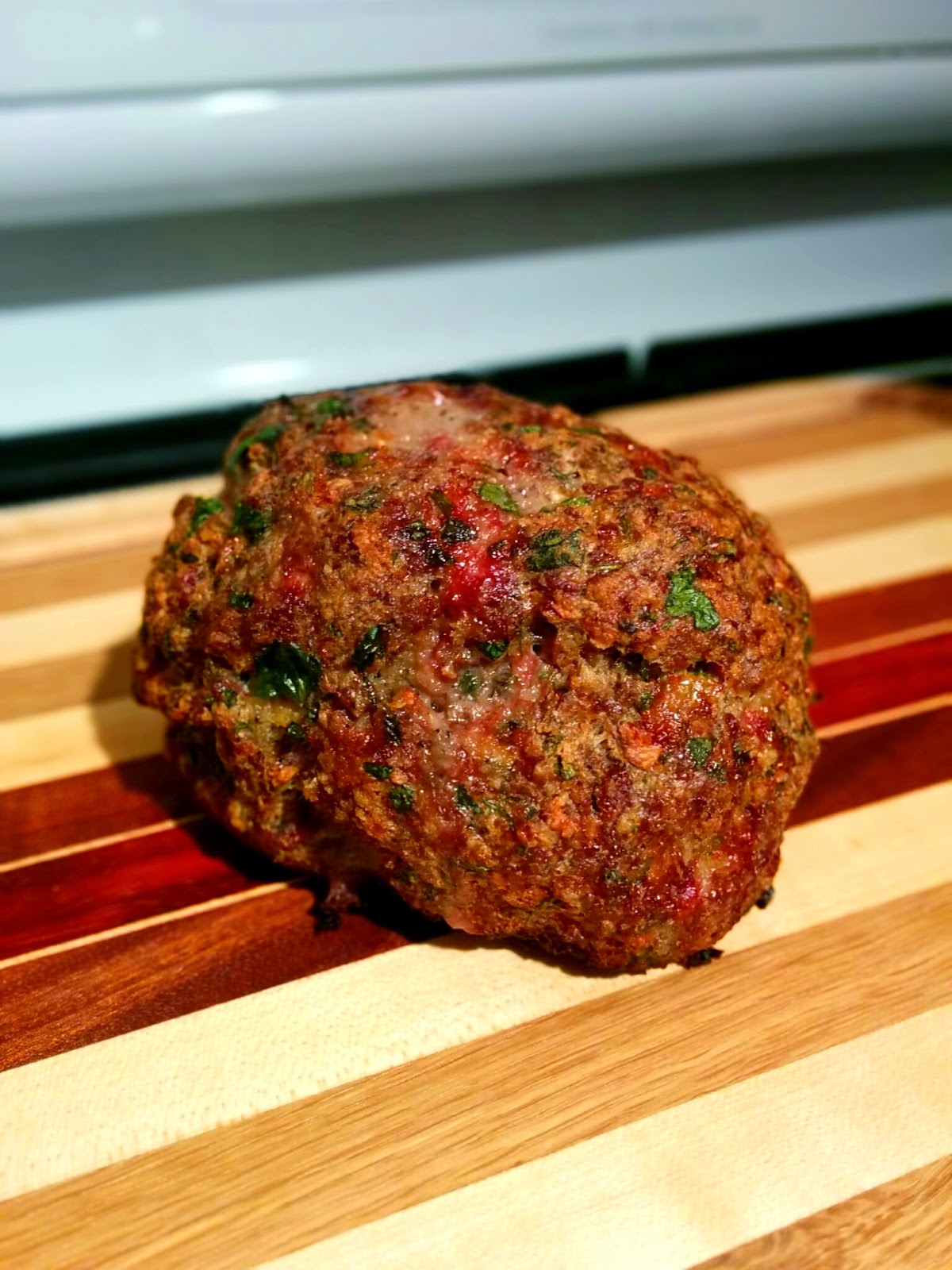 Talking to some of these highly motivated guys proved to be fulfilling and stimulating. I was inspired to cook something special, something that follows well the guidelines of the challenge: my albondigón de hierbas. Albondigón literally translates to big meatball, which is a meatloaf. This delectable meatloaf has only a handful of ingredients, and herbs are heavily featured. My star ingredients are oregano and parsley. Nobody likes a dry meatloaf, so I used ground chuck (80% lean), instead of a leaner cut of meat. The fat gets rendered during the roasting process anyway! The result is a delicious meatloaf that looks beautiful, and tastes even better. 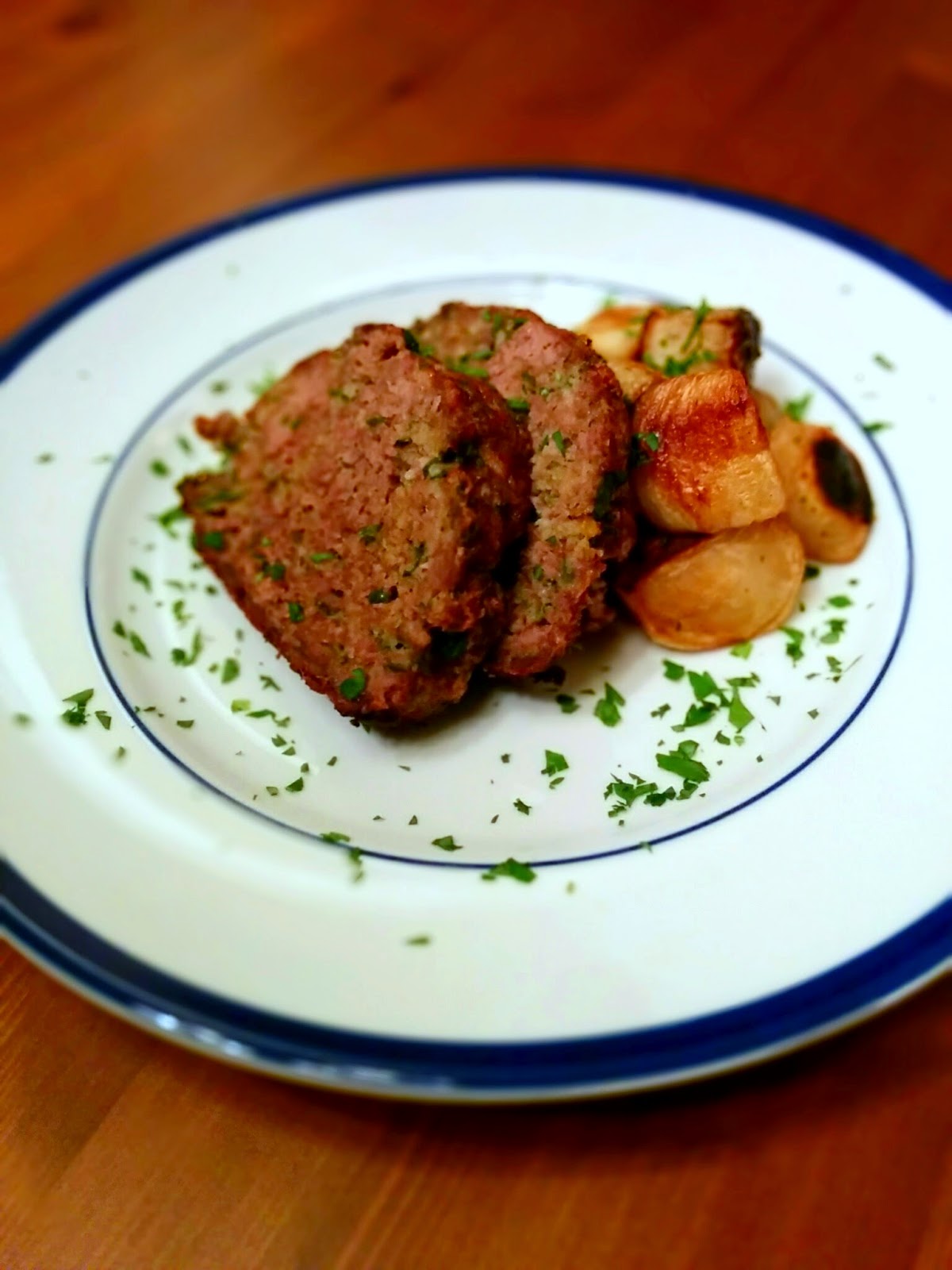 Preheat the oven to 450F.
Mix all the meatloaf ingredients by hand until fully incorporated. Do not overwork the mixture. Shape as a small loaf. Roast in a cast iron skillet 45-50 minutes.Let it rest 10-15 minutes before slicing.