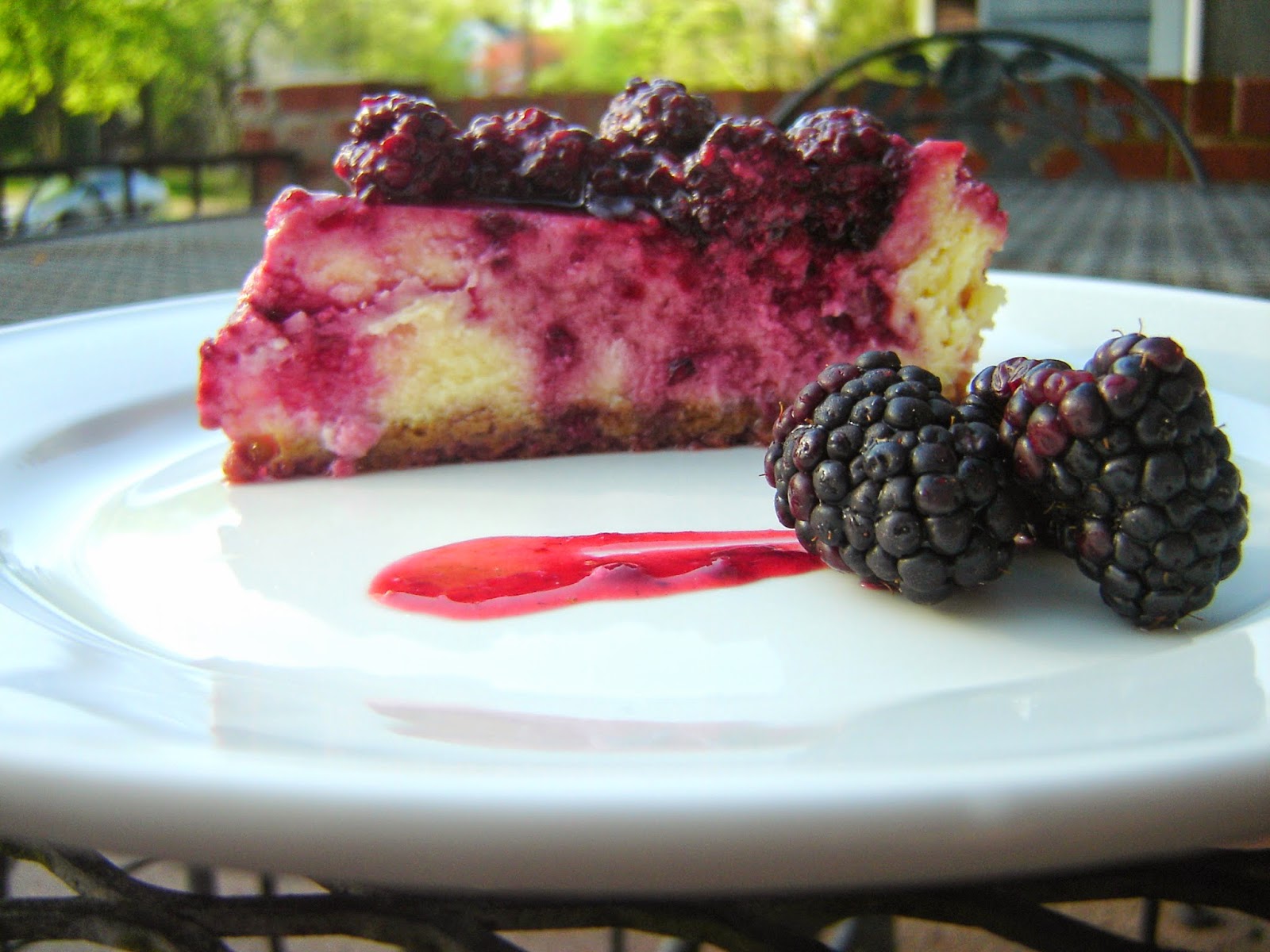 This week is Bike to Work Week, but Gosh, it feels like it’s been resilience-week instead. Stormy weather, 80F+ temperatures, floods, alerts everywhere, and even some tornado warnings. We weren’t affected as severely as surrounding neighborhoods and cities, so I’ve managed to ride my bike at least 2 days so far. That means I’ve been planning my commute around the forecast, the satellite images, and I would even try magic if I knew how to do it. I may end up soaked in sweat after some rides, but I don’t like to get rained on. I hate to be rained on and so does my bike. Although we’ve escaped some heavy showers, humidity has been quite high, and my bike has started making the thousand and one noises it makes to tell me it’s pissed. To make things worse, its disc brakes are dirty and they are so loud that I feel ashamed when I have to brake around people. Ay, ay, ay. But I do it anyway because I’ve learned my lesson. About 2 years ago I had the same problem and I was so ashamed that I would jump off my bike at every stop sign, red light, or random pedestrian, to avoid making that awful noise. After a 30 mile ride all I really accomplished was some serious back and neck pain. Nunca mas. 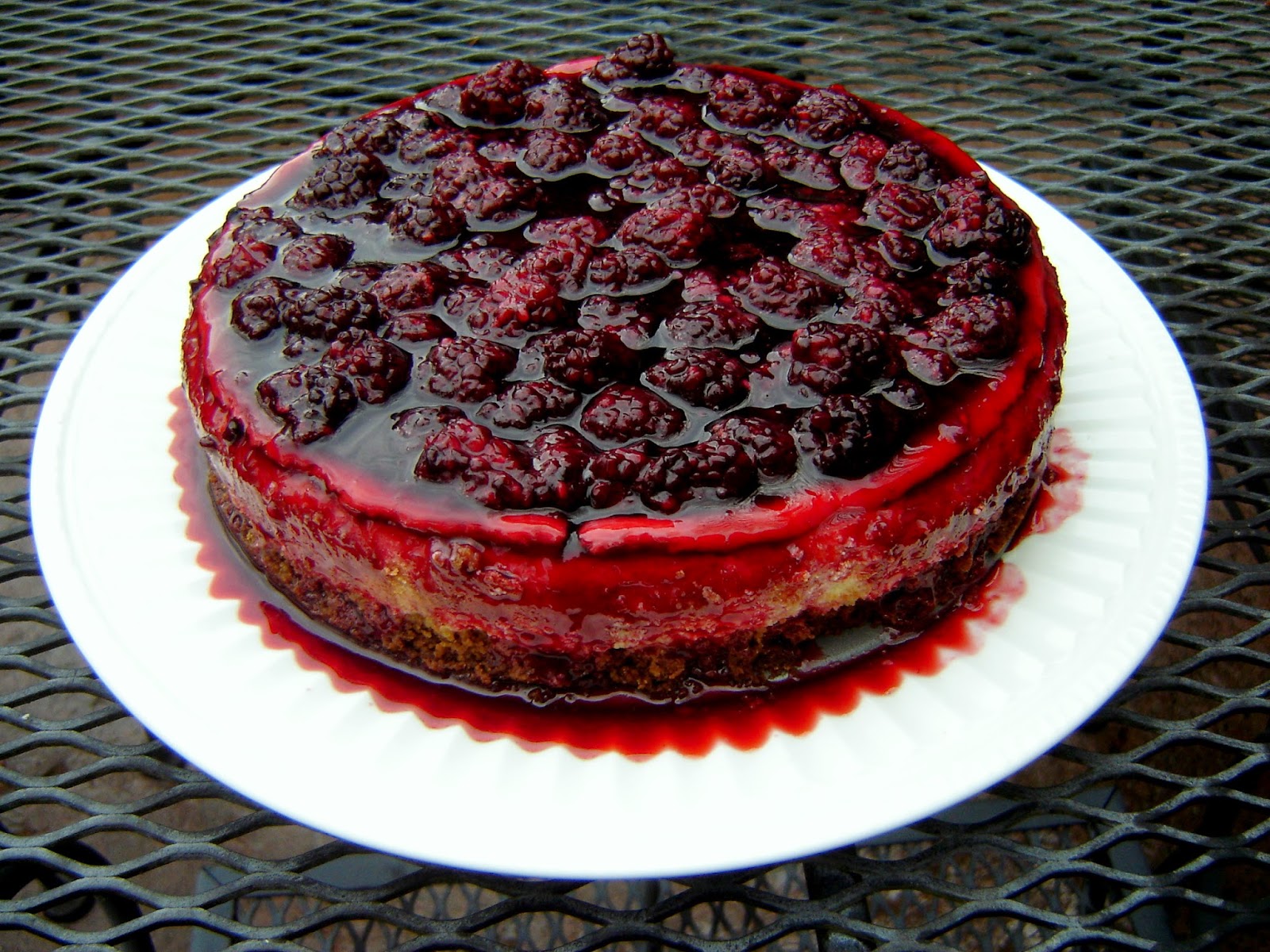 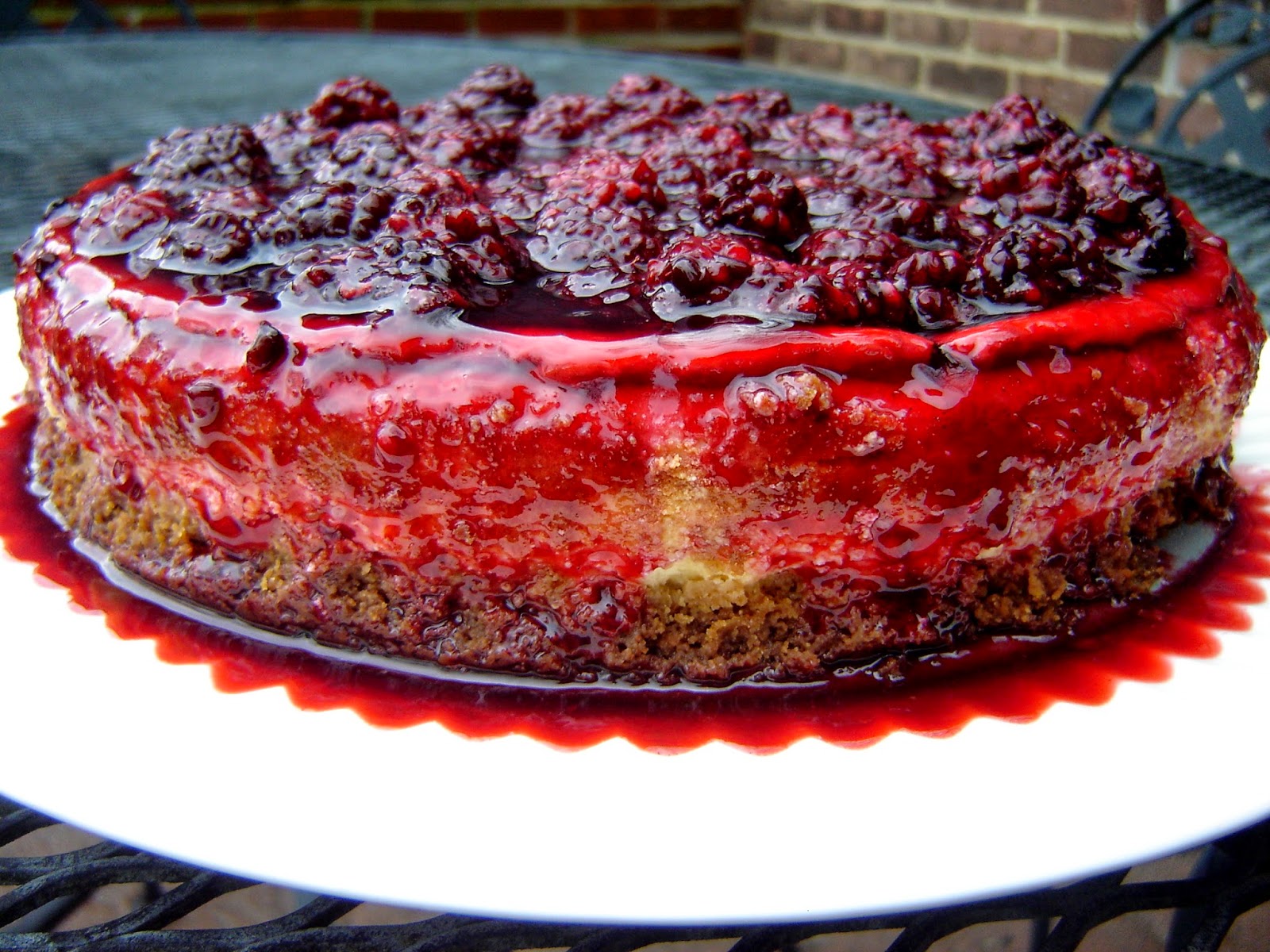 The rest of Bike to Work Week seems more promising. For starters, there will be drier weather, with cooler temperatures. On Friday, the actual “Bike to Work Day”, there’ll be energizing stations around the city with free coffee! There may or may not be other goodies, but I’m not sure. I just want the coffee. Also, there will be a Bike to work day - after party at the Buck Buck Gallery at 6pm which I’m really tempted to attend. We’ll see. Still, the best part of the week is what awaits me at home after my ride. I made a Neufchatel and Greek yogurt cheesecake, with a guava and blackberry sauce that’s only 350 calories per serving! With every stride I think of each bite I’d take off that cheesecake, which makes me feel like there’s something really wrong with me. Drooling while biking is not a good look, Angel. Not a good look. 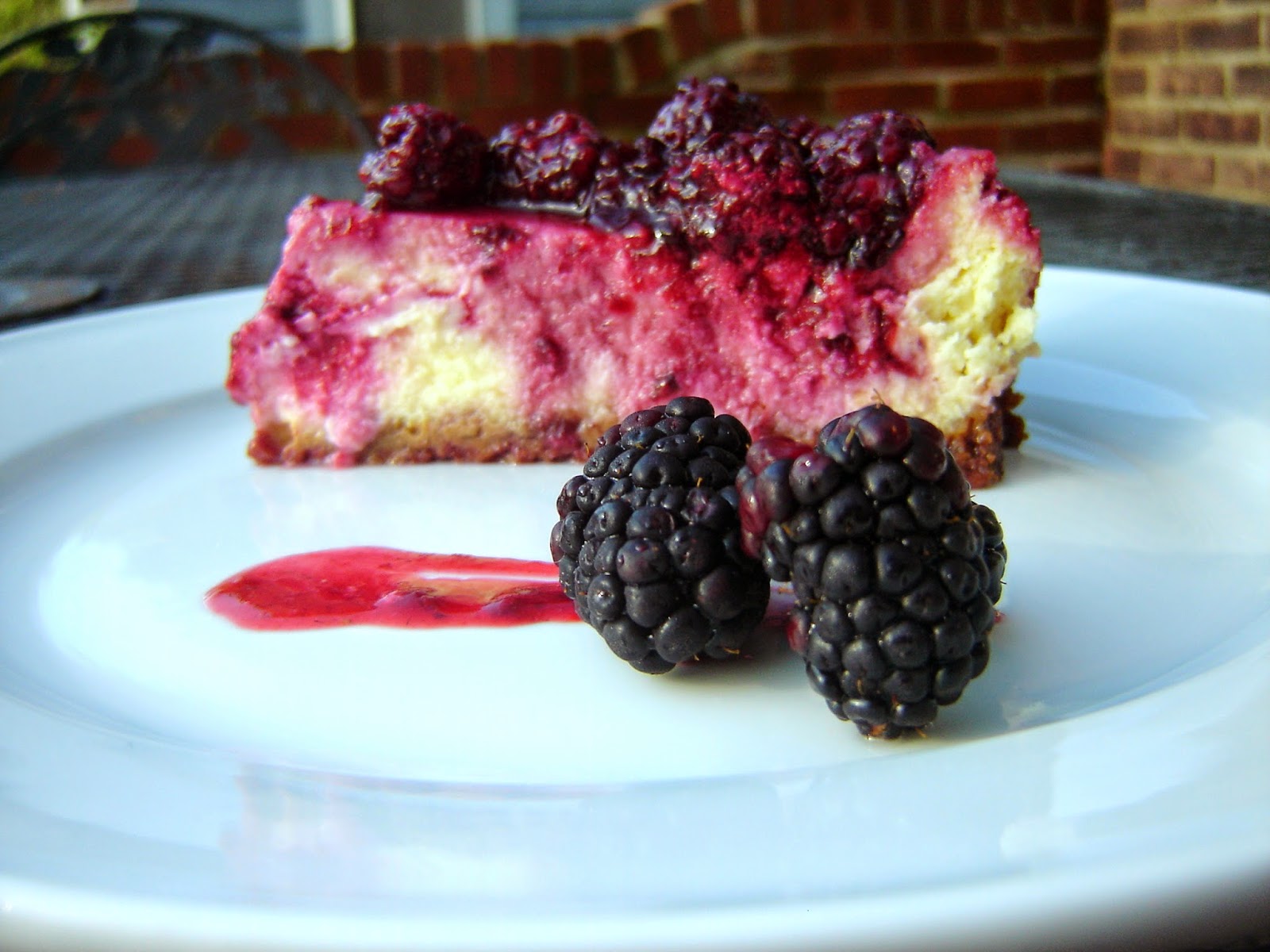 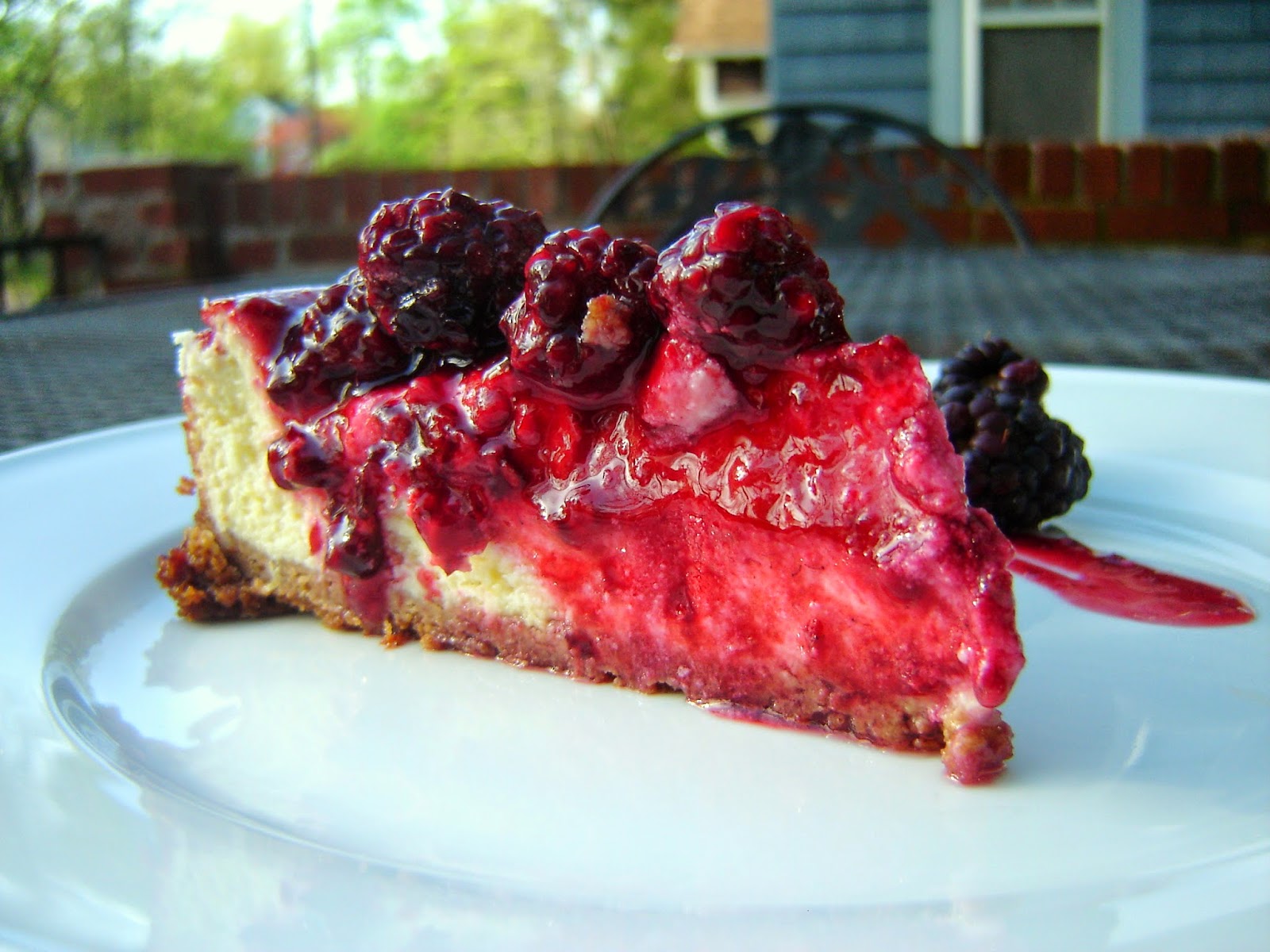 I thought it would be good to share the recipe with you, as a celebration of both bike to work day, and this blog’s first anniversary. Actually, it’s so good that I HAVE to share it with you. This is a luscious cheesecake, with an amazing texture. It’s nice and tall, which gives it quite some visual impact and the sauce and fruits practically beg you to take a bite. It’s made with Neufchatel cheese which has less fat than cream cheese, and it has non-fat Greek yogurt that gives it depth in flavor and physical volume. Since I grew up eating guava & cheese desserts, it made total sense for me to make a guava sauce for the cheesecake. I incorporated some fresh blackberries to add texture to the sauce, and to cut the sweetness of the guava jelly with the acidic notes of the berries, and then I used a bit of lemon juice to bridge and marry the flavors. The only problem I had with the cheesecake is that it cracked a bit around the center, but you really can’t tell once the sauce is on. 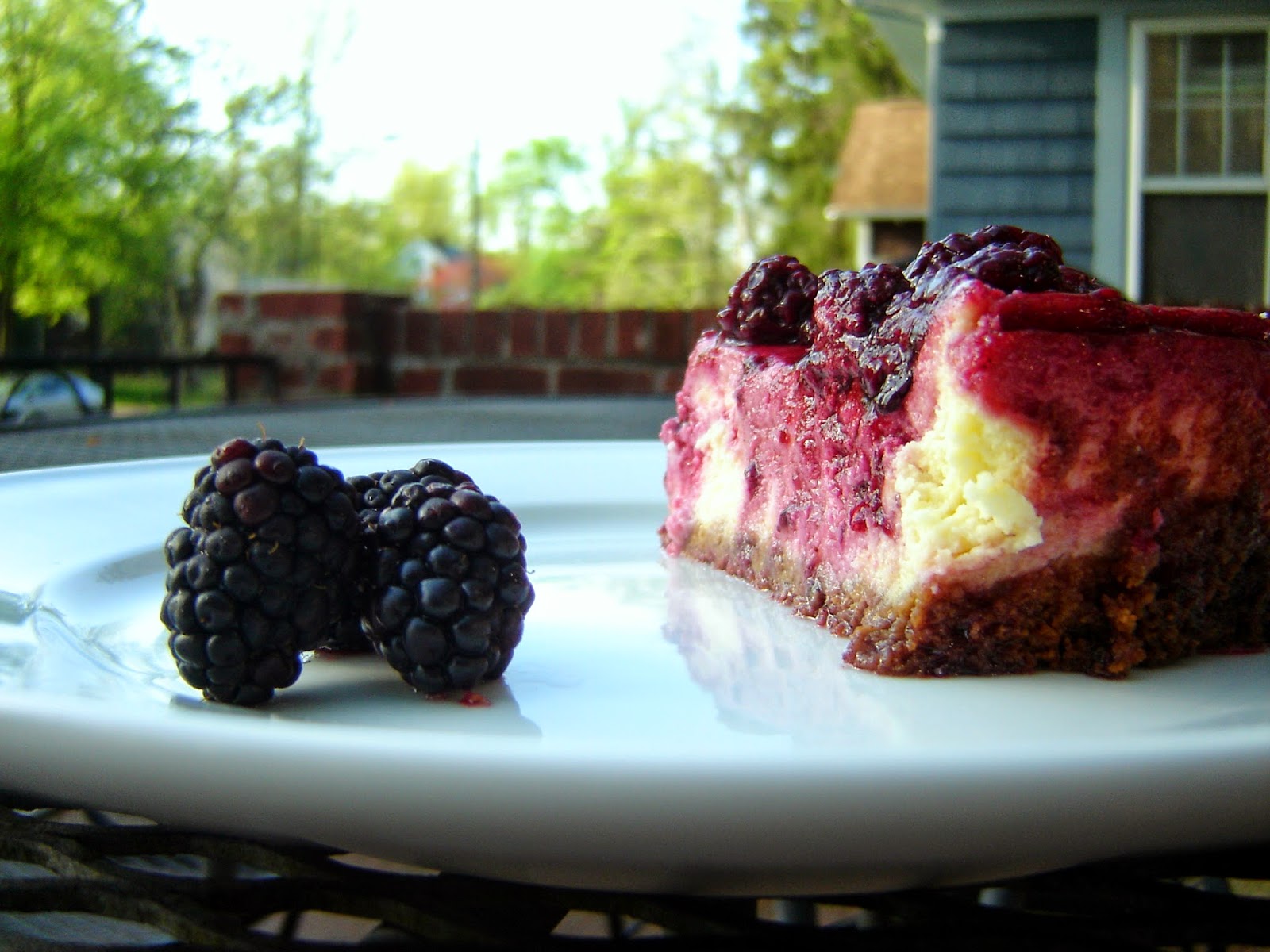 For the Filling
2 packages (16 oz.) Neufchatel Cheese, at room temperature 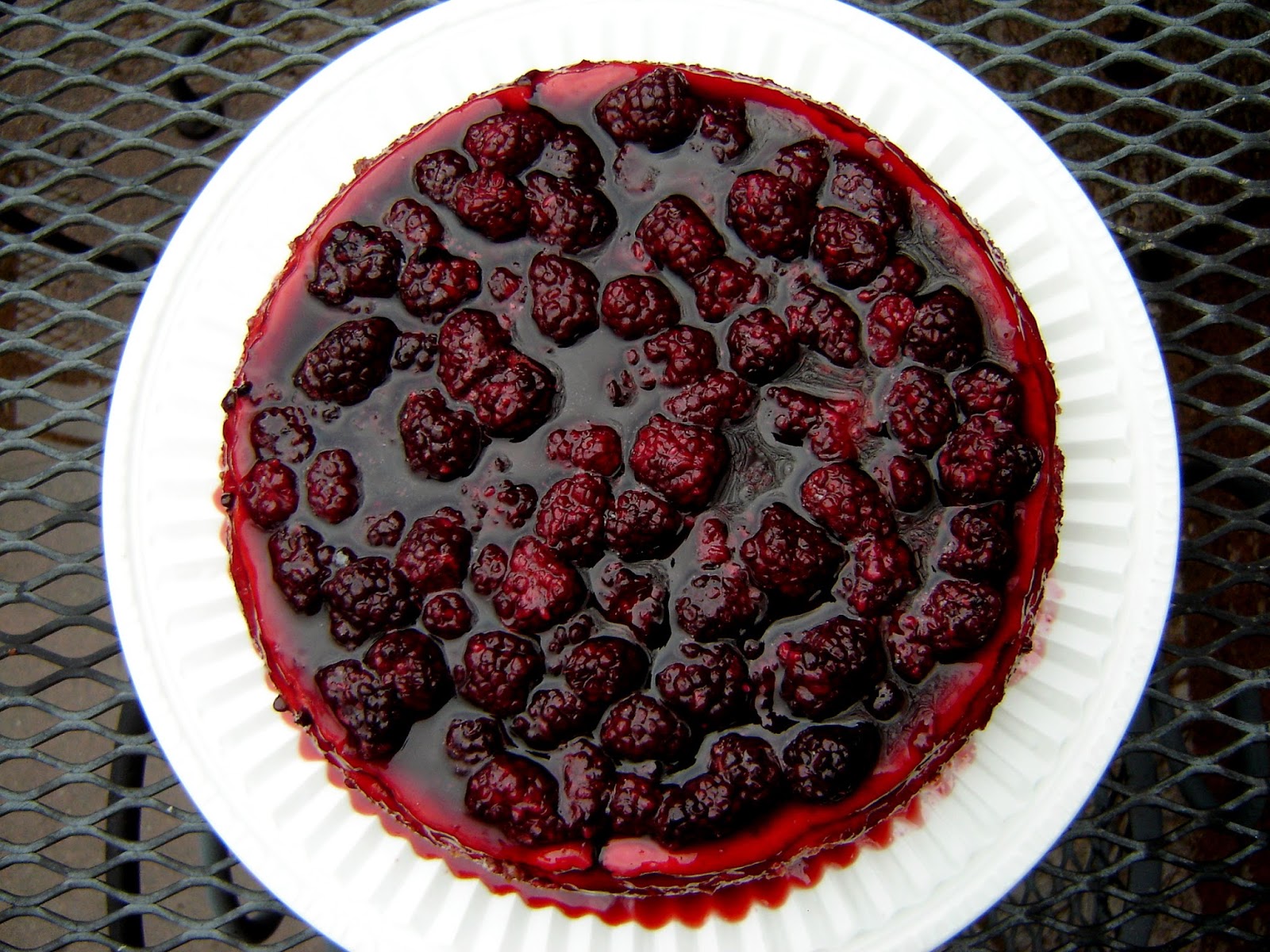 The crust
Preheat oven to 350F. Combine the Graham crackers, the sugar and melted butter in a food processor. Pour into a 9-inch springform pan and press with your hands. Bring the crumbs up about 1 inch on the sides. Bake for 8 minutes, remove from the oven, and let it cool to room temperature. 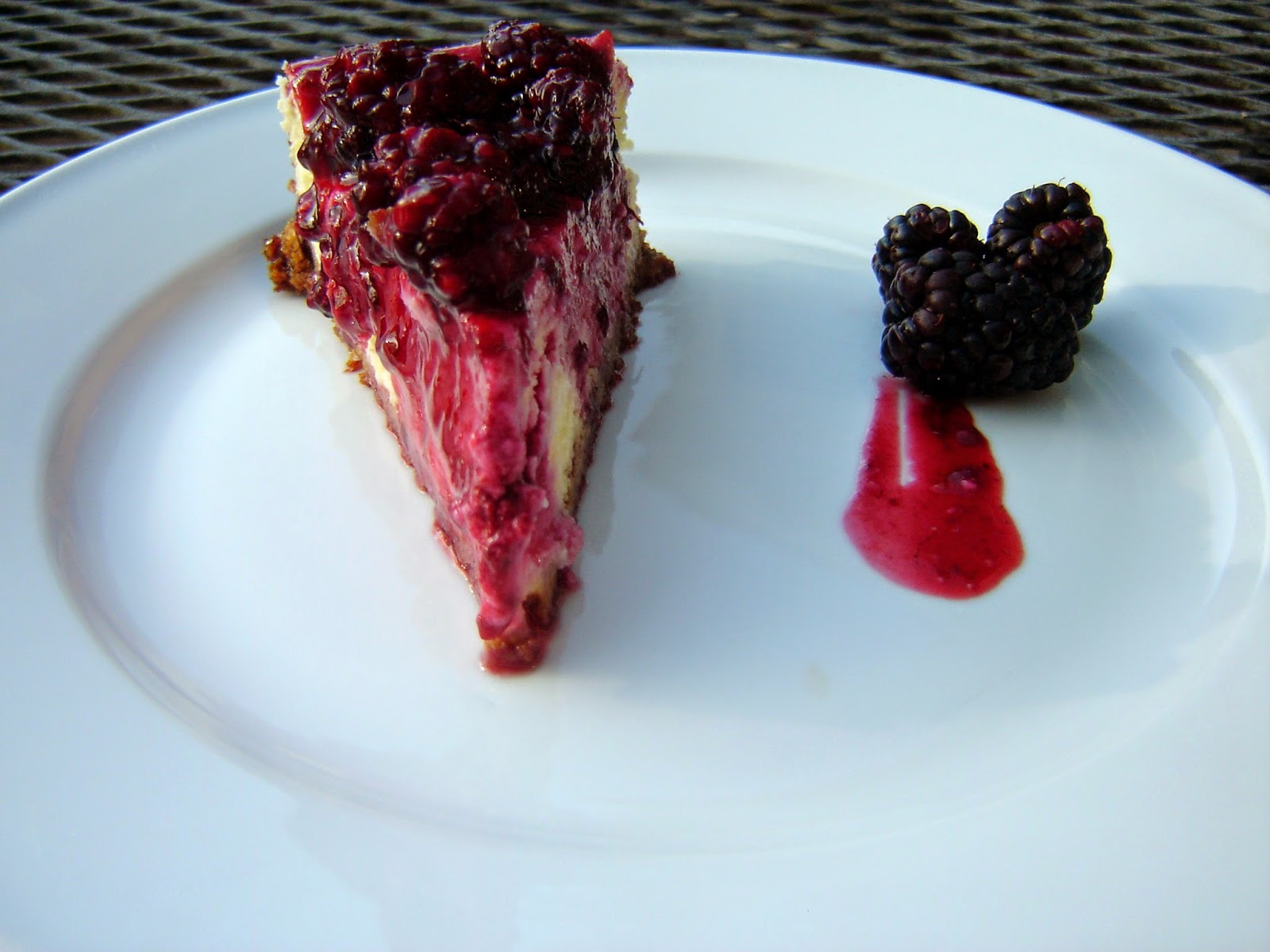 Raise the oven temperature to 450F. Using an electric mixer with a paddle attachment, beat the Neufchatel cheese and the sugar at medium-high speed until creamy (about 5 minutes). Reduce the speed to medium, and add the eggs and the extra yolk, about two at the time. Lower the speed to low and add the Greek yogurt, lemon zest and vanilla extract. Pour into the cooled crust and bake for 15 minutes.
Reduce the temperature to 225F and bake for an hour.  Remove from the oven, and let it cool to room temperature (2-3hrs). Wrap and store in the fridge overnight.

The topping
In a small saucepan, combine the guava jelly, lemon juice and blackberries, and cook covered for 5-10 minutes. This will result in a very runny sauce, with deeper flavor. Alternatively, you can melt the jelly with the lemon juice, and then just toss the blackberries which will result in a dense sauce.
Pour over the chilled cheesecake, and keep refrigerated until serving.
Posted by Angel at 11:40 PM