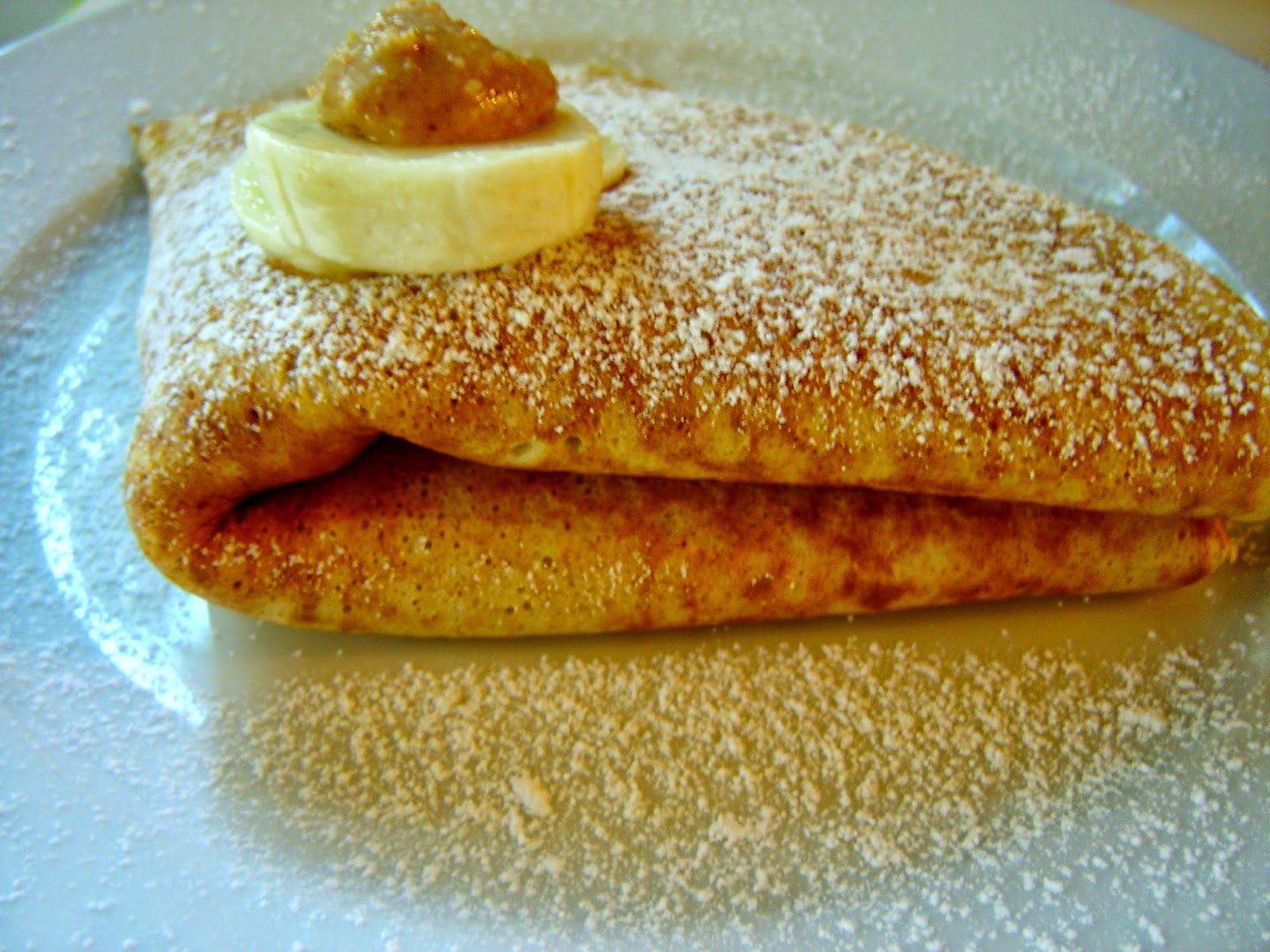 For those people who doubt its existence, deny its presence, and mock those of us who believe in it, I have news that will shatter your world. Fun does exist in Cleveland; it’s real and I stand a witness. I even have photographic evidence that attest to it! 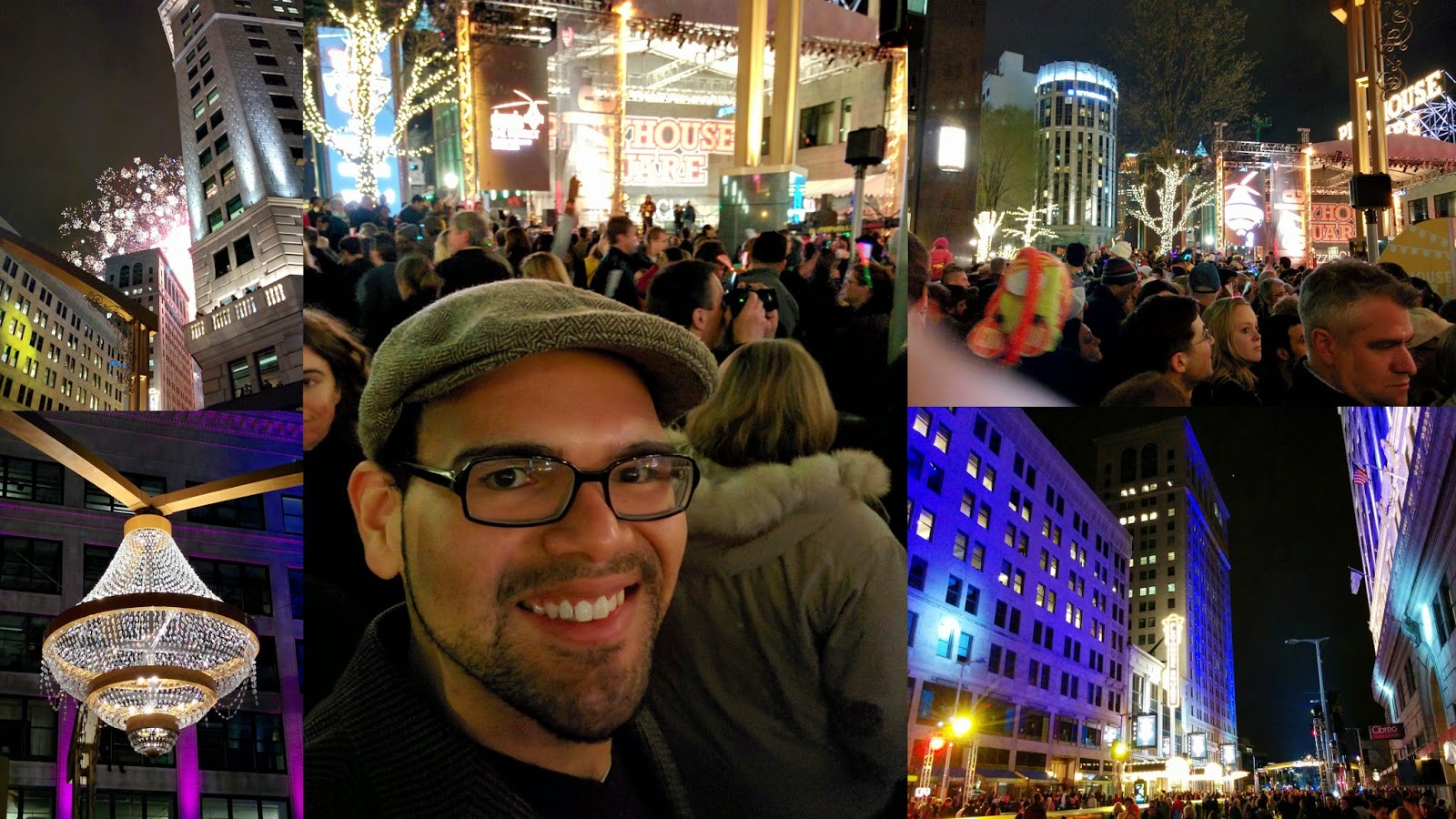 Last Friday I went to the inauguration of Cleveland’s newest piece of public art at the heart of the theater district. It’s a 20-foot high, 4,200 crystals chandelier, suspended from a 44-foot high steel structure. The piece is accompanied by a retro signs with the name of the district, Playhouse Square, and by several arches a la Disney, throughout the square. The ceremony was really crowded, attended by thousands of people who really were at their best behavior; I was really impressed. There were so many people, yet everyone was getting along, no one was cranky or nasty, and people actually organized, on their own, to alternate the going and going through the enormous mass of people. The crowd was even kind and mindful of seniors, people in wheelchairs, babies and strollers, and I’m not aware of a single incident. There was so much energy and the city felt so alive, that you could feed off it and go on it for days. 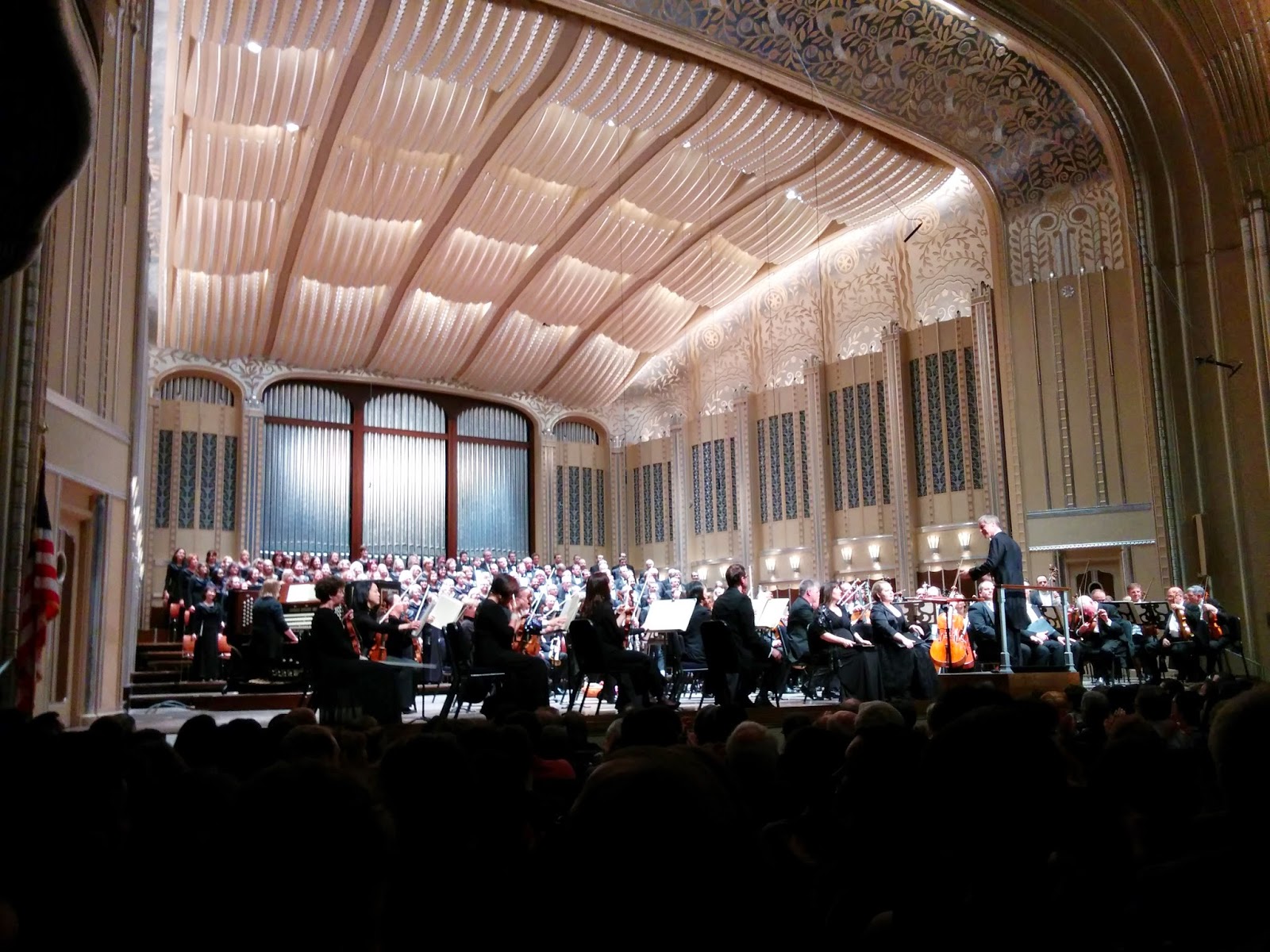 Saturday was dedicated to work, but I managed to break free and went to Severance Hall to see the Cleveland Orchestra perform Mozart’s Requiem. That chorus really killed it, with what I considered their best choral work in the last 7 years that I’ve been attending their concerts. Their “world premiere” of a piccolo concerto, though left much to be desired. My particular desire was that the composer would have realized she was full of bull, and would have put the pen down and not put me through that, but that’s just me.  Of course, I don’t really have a musical bone in my body, and my singing probably resembles the sounds of a poor cow in labor with triplets, so take my music-reviewing with a grain of salt. After the concert I was joined by my favorite people for some pre-5 de mayo beer drinking at a really cool pub. ¡Viva la cerveza! 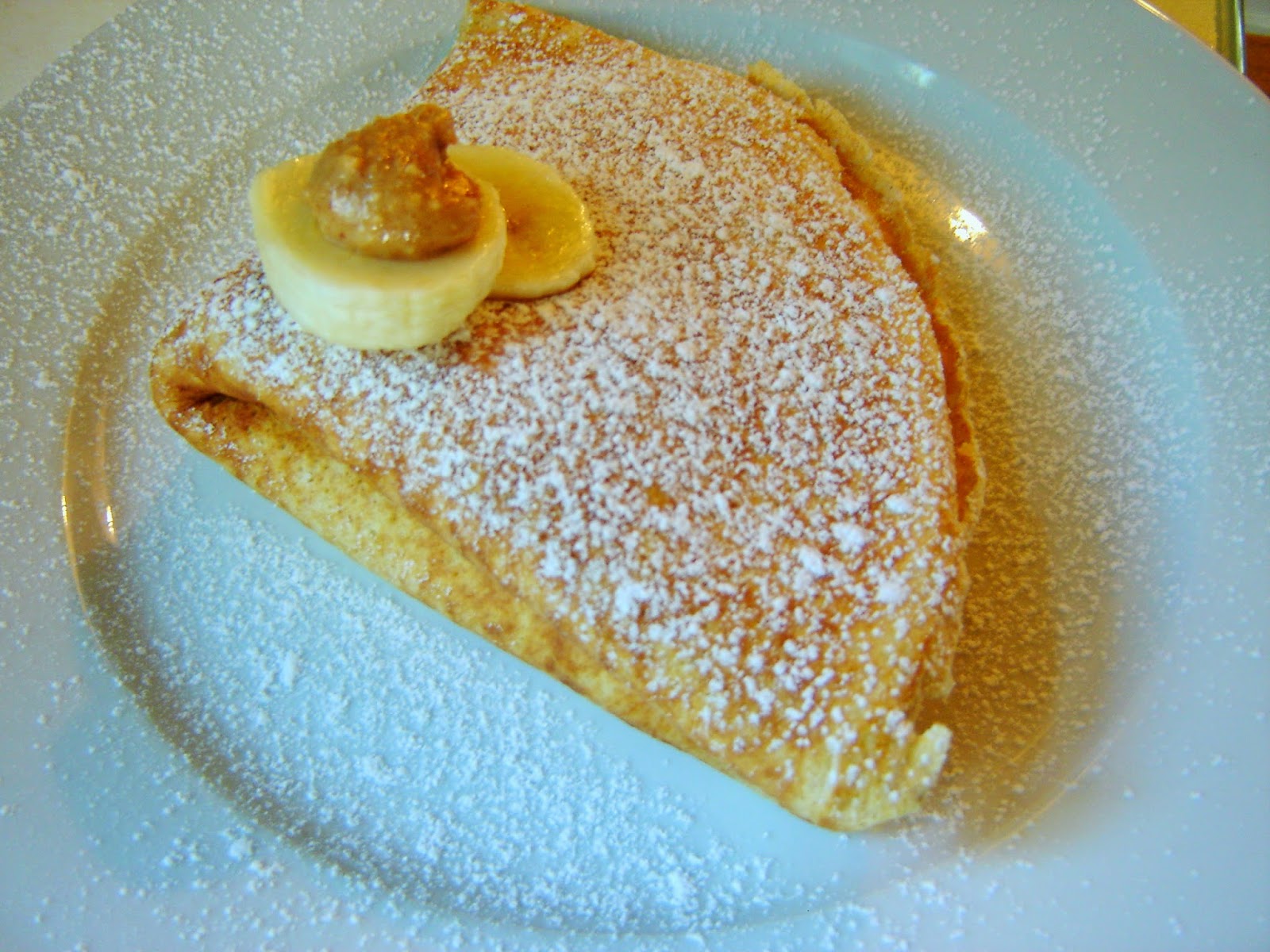 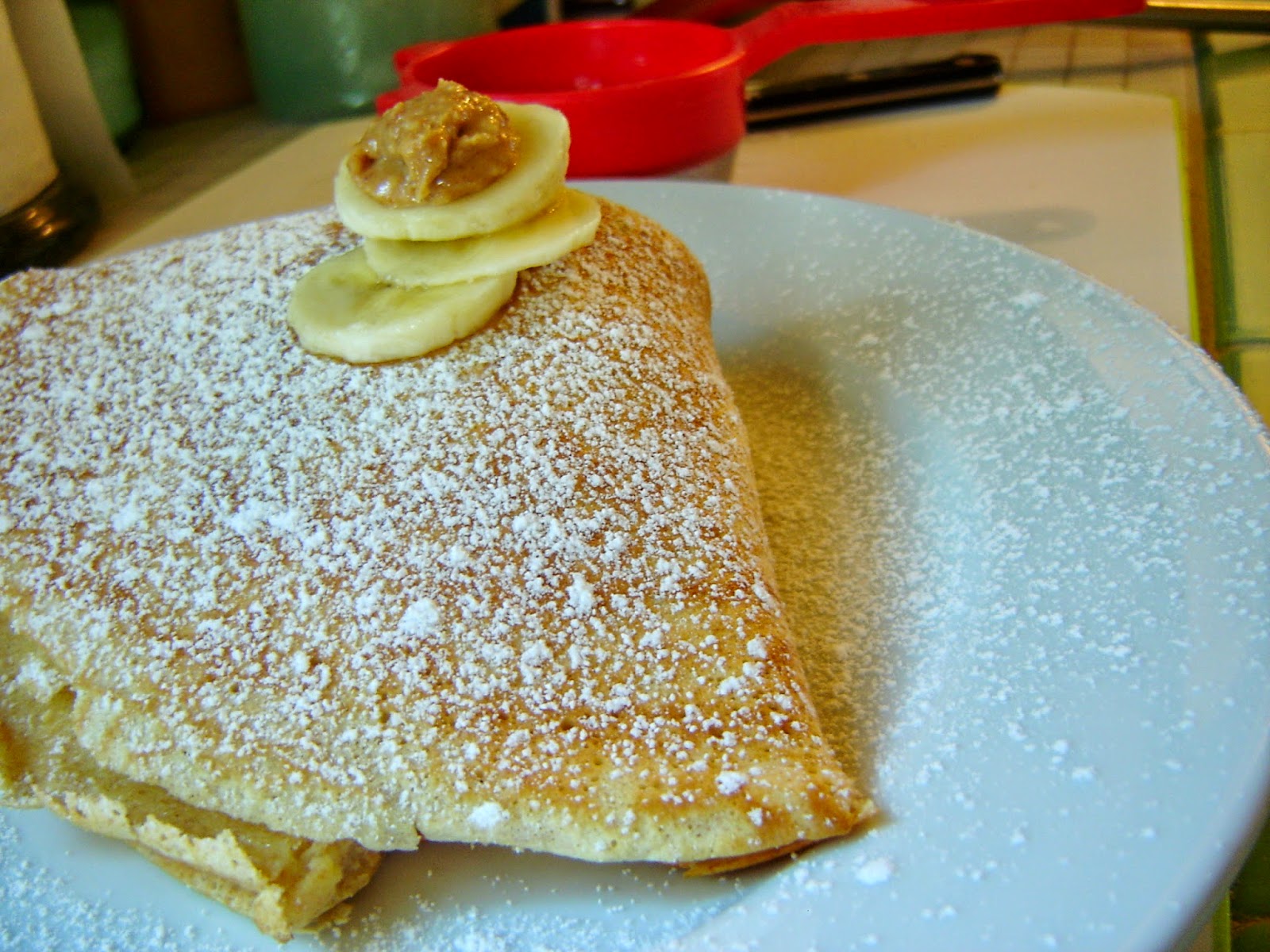 It was a really great weekend, but I was afraid that the contrast between the pleasurable weekend, and the Monday-morning reality would crash and make me miserable. So now every time I have a great weekend, I insist on making my Monday breakfast a bit extra-special to keep it rolling, and start my week on the right foot. I kept the momentum by making sweet crepes, filled with honey-roasted peanut butter and bananas. I went BANANAS on them. They were luscious, filled with all the nutrients I needed to jumpstart my Monday, and yet low on calories. Plus they were fast and easy to make, and kept the dishes and the mess to a minimum. Monday was not a drag! 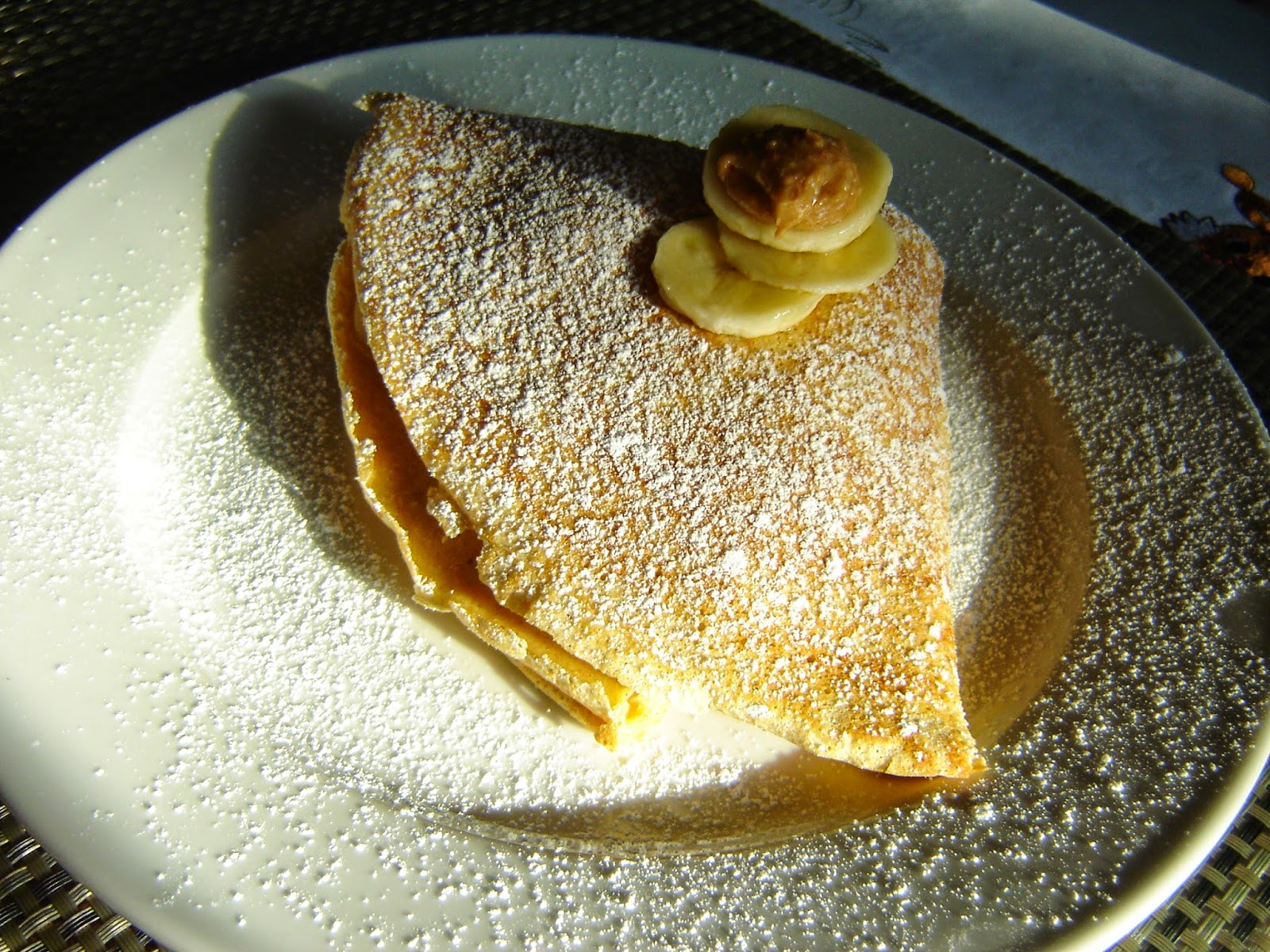 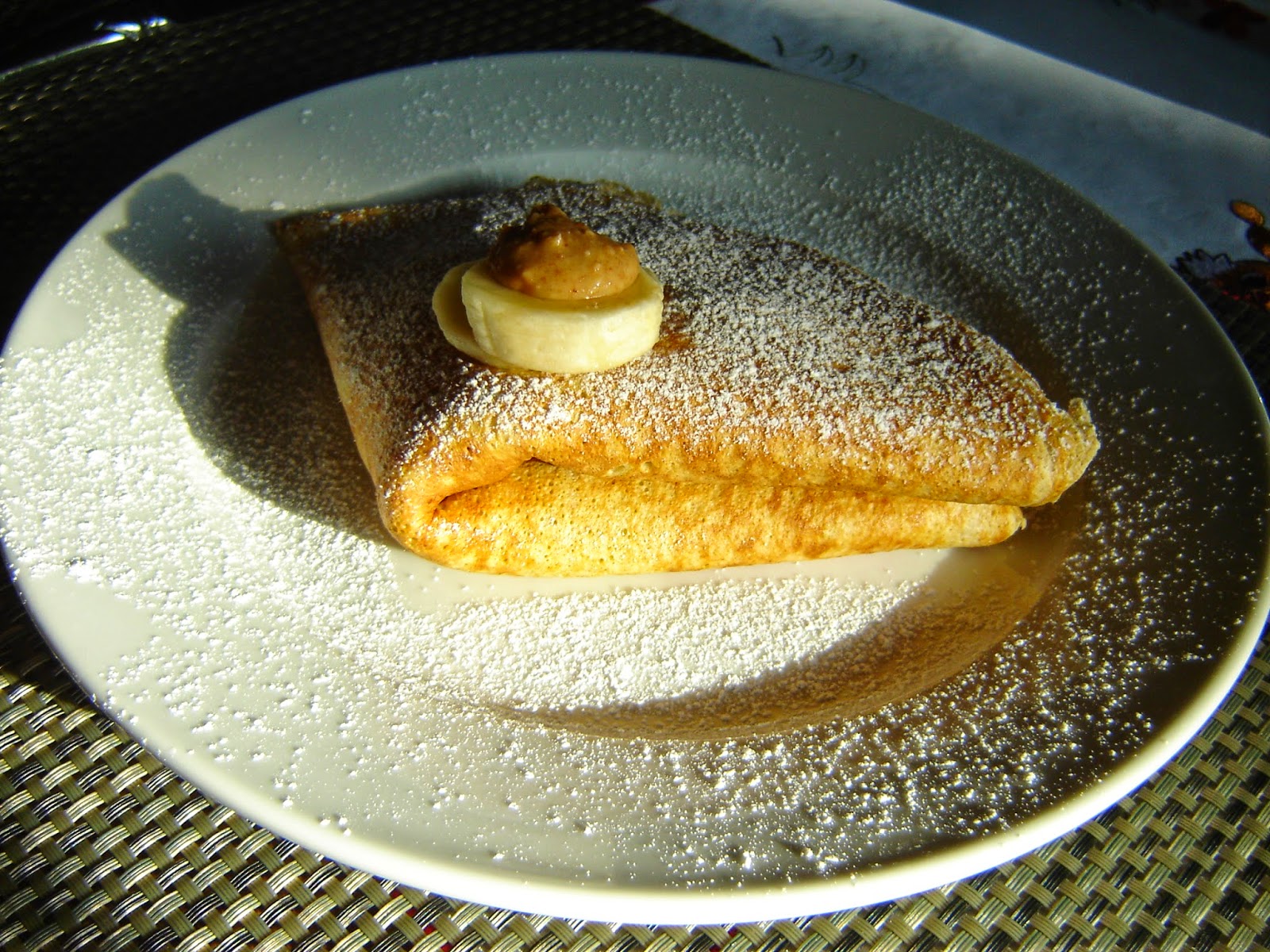 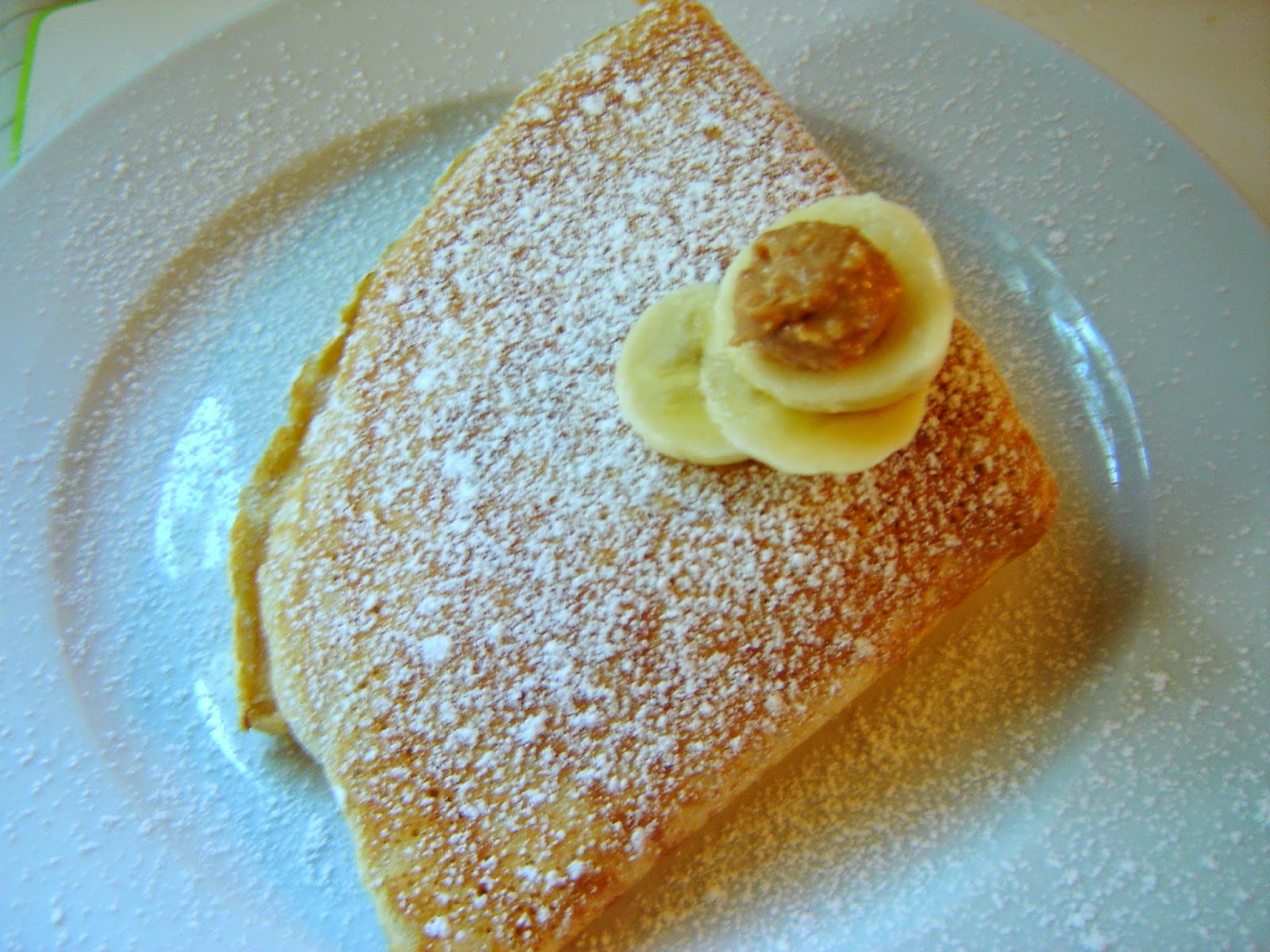