Stick to your ribs

Every kid has a favorite food he or she loves and craves. I remember the kids in my neighborhood and their affairs with their treats: the nutella, the candy, the chocolates, the local pastries and desserts. But not me. No, my heart had room for one love, and one alone: Barbecue Ribs. I loved those ribs... In fact, I liked ribs so much and ate them so often, that I had a ribs-related injury. No, it wasn't the roundness that came with my weekly ribs consumption... I broke one of my molars in half, vertically, eating THROUGH the bones of my ribs. Now it's out, I eat bones.

Anyway, ribs are often avoided by dieters because... Well, because of their fat content. Yes, even the leanest ribs, have more than twice the calories and a little less protein per ounce than boneless chicken breasts. But please, indulge me; ask yourself a question. Are you really looking forward to a life of boneless chicken breasts? Be honest. That's what I thought.

In all honesty, I believe all food that is natural is healthy. That said, calories are calories, and I can't eat ribs all the time. But a restrictive diet is a diet you won't keep for long. I believe the main dietary problem with ribs is not the fattiness of the meat... but our brains. Yes, our brains. It doesn't matter for how little time we entertain the idea of having ribs we immediately want to coat them with barbecue sauce - read, sugar-, side it with mayo (yeah, you can call it slaw or potato salad if you feel like it), and finish it all with beer. That is the problem, as I see it. I say, enough with the nonsense. It's time I claimed my ribs back.

I went to the market, and I got lean, boneless ribs. I decided  the best way for me to work my ribs, was to braise them. I seasoned them with salt and pepper and seared them in grapeseed oil, about 3 minutes each side. I removed them and place them in a prewarmed Dutch oven. I reused the pan I seared the ribs in to sauté together 2 small onions, a shallot, an ancient sweet pepper, 2 jalapeño peppers, and after the veggies were soft, I added 3 cloves of garlic. I wanted to impart the ribs with layers of flavors. The onions and ancient pepper would bring the sweet notes, and a thought of spiciness would come in with the jalapeño. A minute after the garlic was added I used bourbon to deglaze the pan, and to use the oakiness as a reminder of the smokiness of a barbecue sauce. I used brown sugar and cocoa powder the bring out all the notes of sweetness, spiciness and smokiness, and blend them. Diced tomatoes sealed the fate of the ribs. I let them simmer a bit, and everything went into the Dutch oven, covering the ribs. They went into the oven for 2 hours at 325F.

Half the work was done. Now I had to make sure that I balanced the dish with a fresh side that was low in calories to keep the calorie count in the decent range. I decided to make a simple slaw. I sliced a red cabbage, shaved a carrot, and sliced some scallions. I dressed it with olive oil, raspberry vinegar, and honey (but mostly vinegar).

What can I say about that dinner? It was delicious! The meat was super tender, well seasoned, and full of all the magic the thick sauce brought. The ribs and the sauce weren't hot per se, but there was a spicy reminder that jalapeños were present. And the sweet notes... They talked me into eating a bit more than I had planned. It was great. And it went well with the refreshing, somewhat sweet and fruity, and so delicious, slaw.

All the flavors of the ribs would combine very well with steamed rice, or quinoa. Roasted potatoes would also pair well. Still, don't get too carried away and start adding carbs like crazy, because the calories will add up. Save them for later. I would suggest a drink pairing, but to me, with ribs, anything goes. Just remember, keep the calories on the DL so you don't feel guilty afterwards. 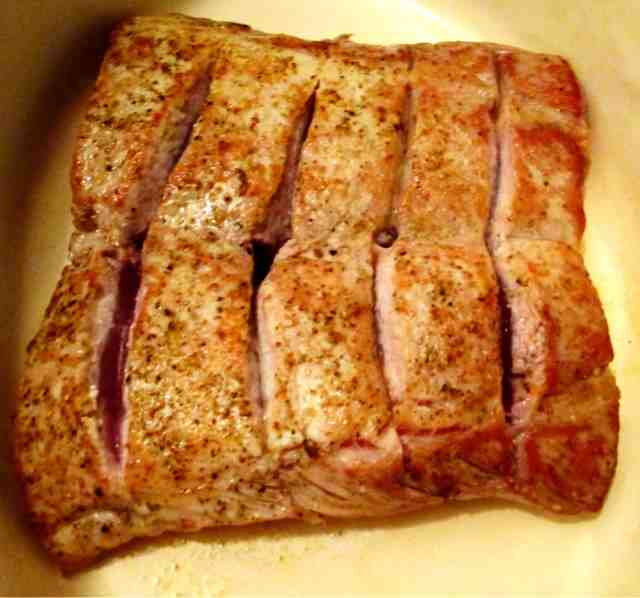 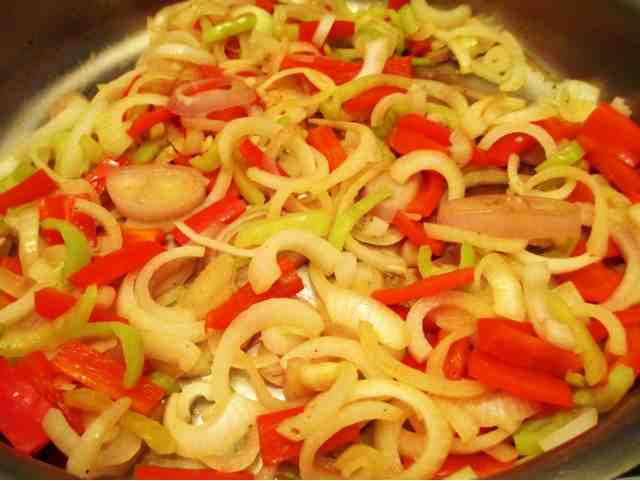 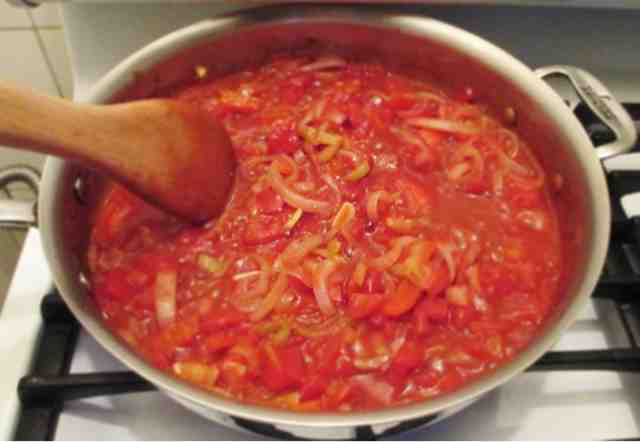 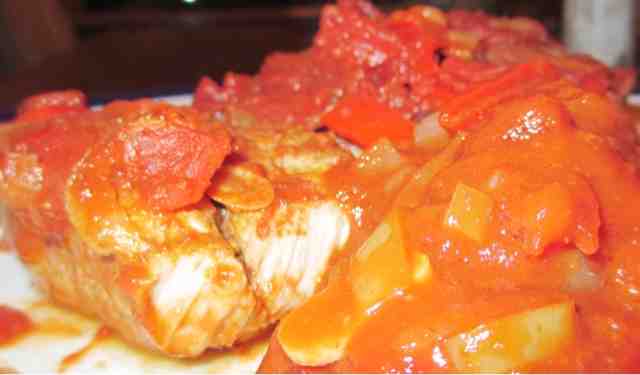 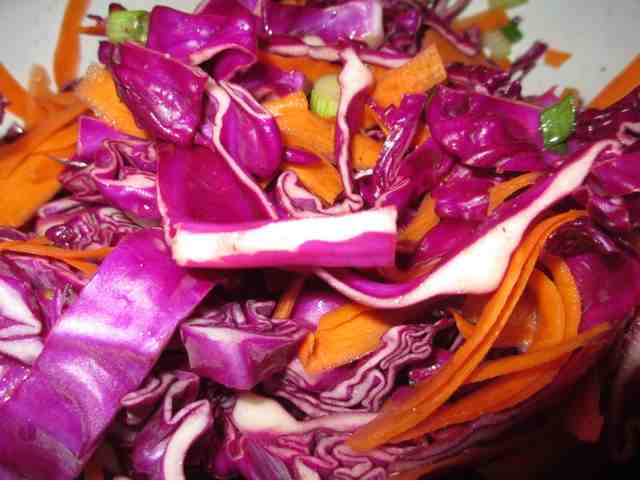