Silence of the lambs: beans there, egged that

After spending so much time indoors in winter, I have learned to look forward to a holiday to have a good old fashioned cookout and entertain family and friends. The outdoors are calling me, man. I felt that this Memorial Day weekend would be the perfect time to accomplish a few things. First, there was no more holding back on all the lawn, yard and gardening duties. No sir. The winter was gone and those outdoors were begging for some needed relief. So, yard work, which I call "the original crossfit", had to happen, and it did... That hard work paid off because now a nice cookout was possible, and so it was arranged. And then it rained... Anyway, Memorial Day was still happening, and my Romanian family was coming for the promised Memorial Lunch, and they deserved something yummy, even if it had to be indoors.

Staples of cookouts can do some serious damage to the job you've done all week by working out, and eating well. However, most health gurus recommend having a cheat day per week. No, that's not the day you let loose and lustily hit on the first person who winks your way. It means that for a meal (or a day) you eat whatever you want, guilt free, as long as you keep your nutrition under control the rest of the time. It's a way of keeping yourself from feeling deprived, but it also works by making your body work harder at burning those excess calories that it isn't use to deal with (at least not anymore) and fire up your metabolism. Still, I don't think a cheat day should be an excuse to eat food lacking anything that is nutritionally decent (yeah, I'm talking about you, frozen burger patties).  So in the spirit of a cheat day, I decided to go for burgers, lamb burgers to be precise, and surround them by nice food, that would be suitable for a cookout, and more than focusing on reducing calories, I would focus on bringing nutritional goodies to the table (and hence to my body).

I was asked to make the lamb burgers, and a flan; that's how it all started. We just needed a side dish. I thought that it was probably a good idea to have habichuelas en escabeche, or pickled beans. Beans have many nutrients, and are great sources of fiber and protein. The pickle treatment would bring out their flavor and would introduce some sour notes to the lunch, as well as bridge the lamb burger flavors to the dessert. Also, the flavors of that dish would probably resonate well with an Eastern European audience, since sour dishes are so common in their cuisines.

I did not really have time to pickle beans, or to actually work on this dish, so I went to one of my favorite cookbooks: Daisy: Noon and Night - by Daisy Martinez, and I found this great recipe for pickled butter beans, and passed it on to my partner in crime. Daisy's approach is basically making a salad with the beans, and then having a vinegar-rich dressing. You start by preheating a sauté pan, and then adding olive oil. Then you sauté thinly sliced garlic until it's lightly golden, and soft, which takes about a minute. Then you remove the oil from the heat, and add white and cider vinegar in equal proportions to the oil and garlic from the pan. The dressing goes on the salad made of butter beans (or Lima beans), thinly sliced red onions and diced tomatoes. To finish it off, you add salt and pepper, bay leaves, and cilantro, and let them sit for a bit. In our case, we kept them overnight in the fridge, and served them at room temperature.

The flavors on this dish were amazing. You might think this will turn just vinegary, but it wasn't. There was a very playful sweet taste that comes from the garlic. Also, the usage of two vinegars added multiple layers of flavors that get powered by the bay leaves, and the onions. Nice, summery refreshing, and very ricas, that is the summary. I think butter beans and probably faba beans are the only types of beans that would work on a salad like this, because of their size, their consistency and their flavor. Other beans, in particular the creamier white beans would probably be better off getting the real escabeche treatment, and really getting pickled.

For the burgers, I started with a bit over a pound of ground lamb, and added thinly diced onions, crushed garlic, pepper-stuffed olives, and bread crumbs. The seasonings were just salt and pepper since the lamb has lots of flavor on its own. Everything got mixed, and then the patties were shaped. I made 4 of them and grilled them (under some minor rain) for about 10 minutes, turning every 2 and half minutes. Normally I do one 45-degree-angle turn, then flip, then another 45 degree turn. You probably don’t really have to do the turning part, but since I'm used to grilling pork chops and steaks, where you want those pretty grill lines, I went for it. As I normally do, I tested how cook they were by pressing them. First, I wanted to see the juices that run out to be clear. Secondly, I estimated how well they were done by their consistency. I like mine to be medium/well, and for those the touch must feel like the area between your thumb and your index finger when all the fingers are brought together with an open hand (or you can use a thermometer...).

Like in every adventure, there are ups and downs, and all of the stages in between. And the road to healthy has all of them. In this case, I checked more carefully the biggest burgers (since they could be potentially undercooked) and when they were done, I stopped them all. It turned out that one of the grill's burners was underperforming and I ended with a medium rare burger, while the rest were medium well. To make things worse, that burger made it to the plate of the guest of honor... Ay ay ay.

Anyway, the burgers that were actually cooked were very good. The combination of ingredients brought out the flavors of the lamb, and retained its juiciness. The burgers had a very Mediterranean/Greek feel to them. They were tender and lamby (which is good if you really like that lamb flavor to be strong -I do). I had some lettuce, feta cheese, red peppers, red onions, mayo, ketchup and German style mustard waiting around for discretionary use as toppings. The feta cheese was a must... It was heavenly; it was like having another Easter, which would be Easter number 3 for us... A yogurt sauce would have gone well with the burgers, but it was left behind this time... But maybe it'll make a comeback soon, since it’s mostly yogurt and garlic, for me.

Finally, I had to make the flan, for which I ALWAYS have to remember that it needs time to cool down in the fridge. That means that I had to make the flan around midnight, because we finished all the yard work past 10 pm. I wanted it to be a Puerto Rican style flan, which is fairly sweeter than other flans. I started by making the caramel. I find caramel making fun to watch - (I may need some more hobbies, ha?). Basically you melt 2 cups of sugar using 2 tablespoons of water. But you HAVE to be careful. You have to make sure you don't touch the caramel. There is a lot of energy in sugar, and it gets released as intense heat- read that as "it burns like a bi-atch". That is why in living organisms the process of harvesting the energy from sugar is so complex and in multiple steps, because otherwise the heat will just burn your own cells.

Enough with the science and back to the kitchen; as soon as the sugar turns into caramel you have to remove it from the stove so it doesn't turn bitter. The caramel solidifies quickly, so it has to be transferred  immediately to the dish where the flan will be made. While it solidified and cooled I beat the eggs, added the milk, and then some sugar. That was it. This was a country style flan, which is code for I was too lazy to strain the mixture. Then it went into the oven, and got baked at 325 for 1hr and 10 minutes, using a larger dish with water underneath (bain-marie/double boiler idea). However... this was around 1am and I felt asleep, so I did not notice the water evaporated completely, which -spoiler alert- made my caramel a touch bitter. The flan was still very delicious. Now it had a taste much closer to crème brûlée. And there is none of it left, so I guess it wasn't too much of a biggie.

I think it is a good idea to have your cheat day consist of a nice lunch like this one. You'll get nutrition, you get to enjoy guilt free of the food you crave, and you get to have the rest of the afternoon to burn off those calories, if you chose to. My lunch was festive, delicious, and fun. I did not miss the outdoors at all. The important part of eating well, whether you are having a regular day or a cheat day, is that you have to remember that you are worth food that is good, that is delicious, and that you enjoy. The more food you cook, the better you will be at making your meals delicious and nutritious, and the fewer incidents, like the two I had this time, you will have. And when you do mess up, be ready to learn what happened, why it happened, and what the end result was. Now go and have fun with the people you love, and enjoy guilt free your meal, and all that life has to offer. Can I get an AMEN? 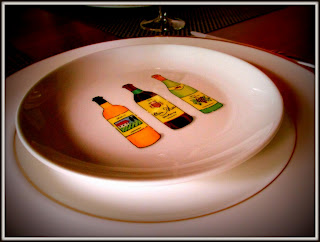 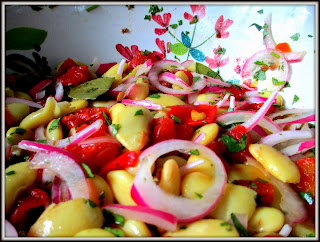 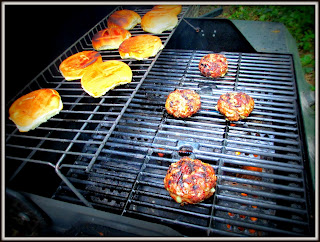 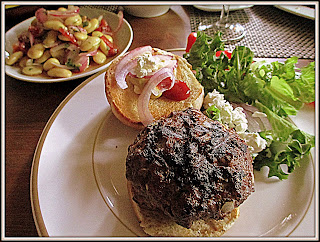 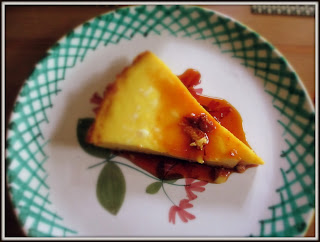