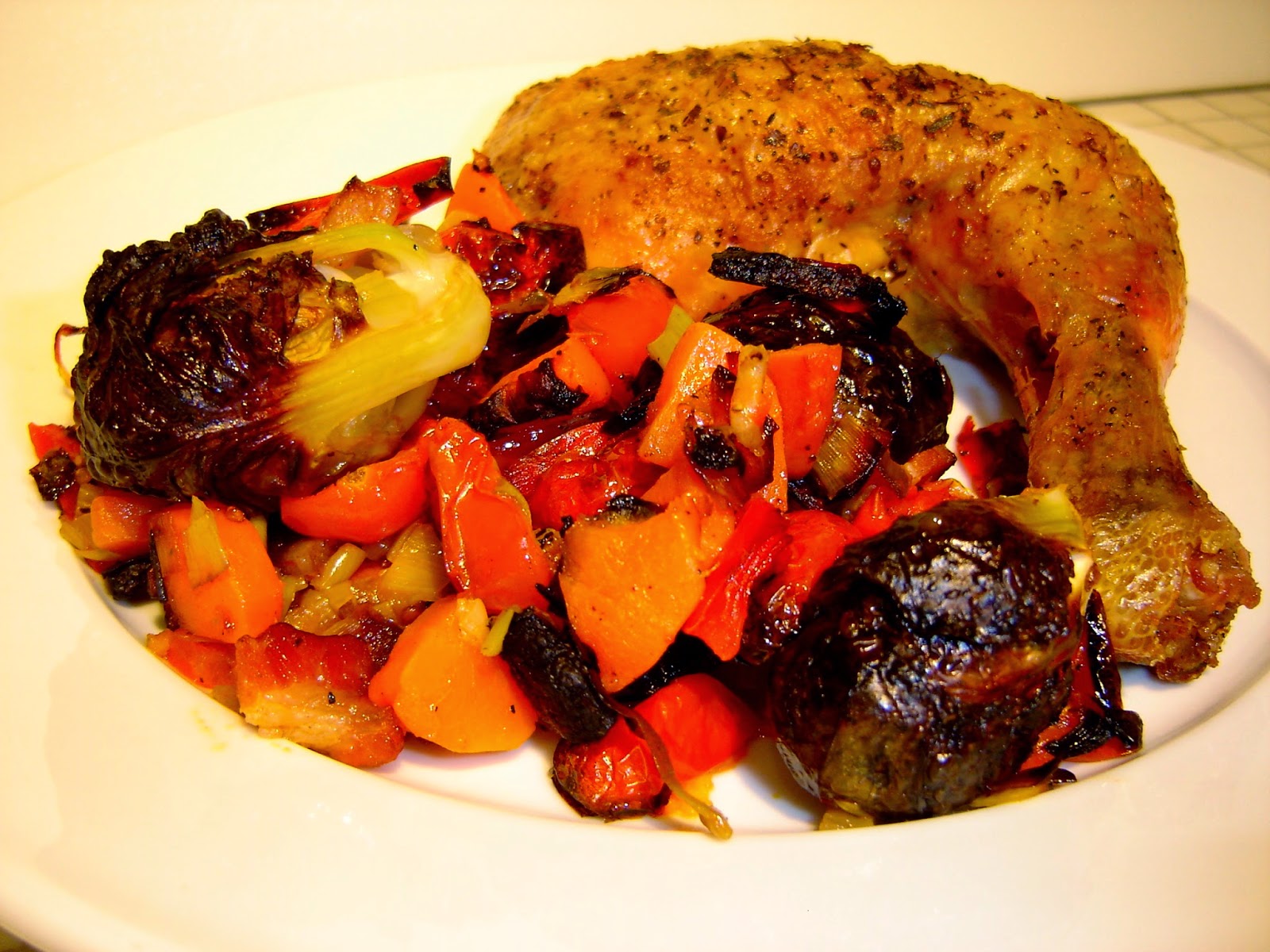 I missed Saint Patrick’s Day completely. I did not go to the Parade Downtown Cleveland, and I did not go out for a drink (or twenty) either. I don’t want to alarm you but I think I spent Saint Patrick’s SOBER!!! Damn it. What bothers me the most about missing out is that there are only a few times a year when the City comes to life, and public places are, well, public and filled with people. St. Patty’s was one of those, and I blew it. I don’t necessarily have a “thing” for being crowded either. Still, living in a city where people don’t go places just for the sake of going somewhere has made me develop a genuine need to see and be with other people. I think it’s so fun and so important to get to interact with people beyond those I know and like. Of course, just like with alcohol, I enjoy it with moderation, and only in these public settings. 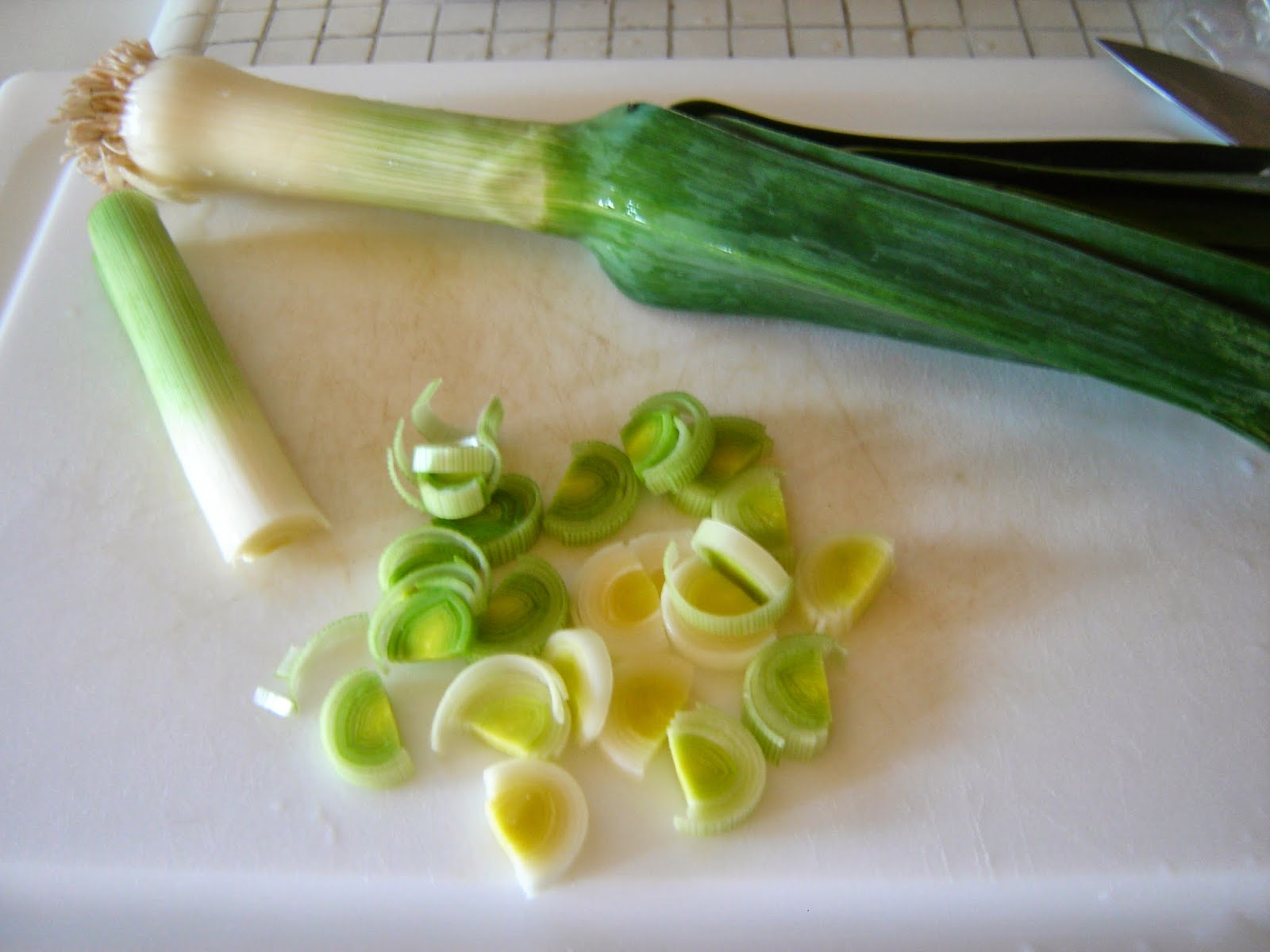 I didn’t bother with such things while living in San Juan or Madrid because there is people everywhere, and I’ve got my share of interactions constantly. In other words, there were always people everywhere. Even in my hometown there are always people in the public square; some eat ice cream, some play dominoes, and some just sit to enjoy the breeze. Either way, there was always chatter and laughter. Down there, friends and strangers often chat the night away. It’s not about the search to find a best buddy, or the desperate pursue of a new romance. Back home it’s just natural to be comfortable talking to others whether you know them or not. 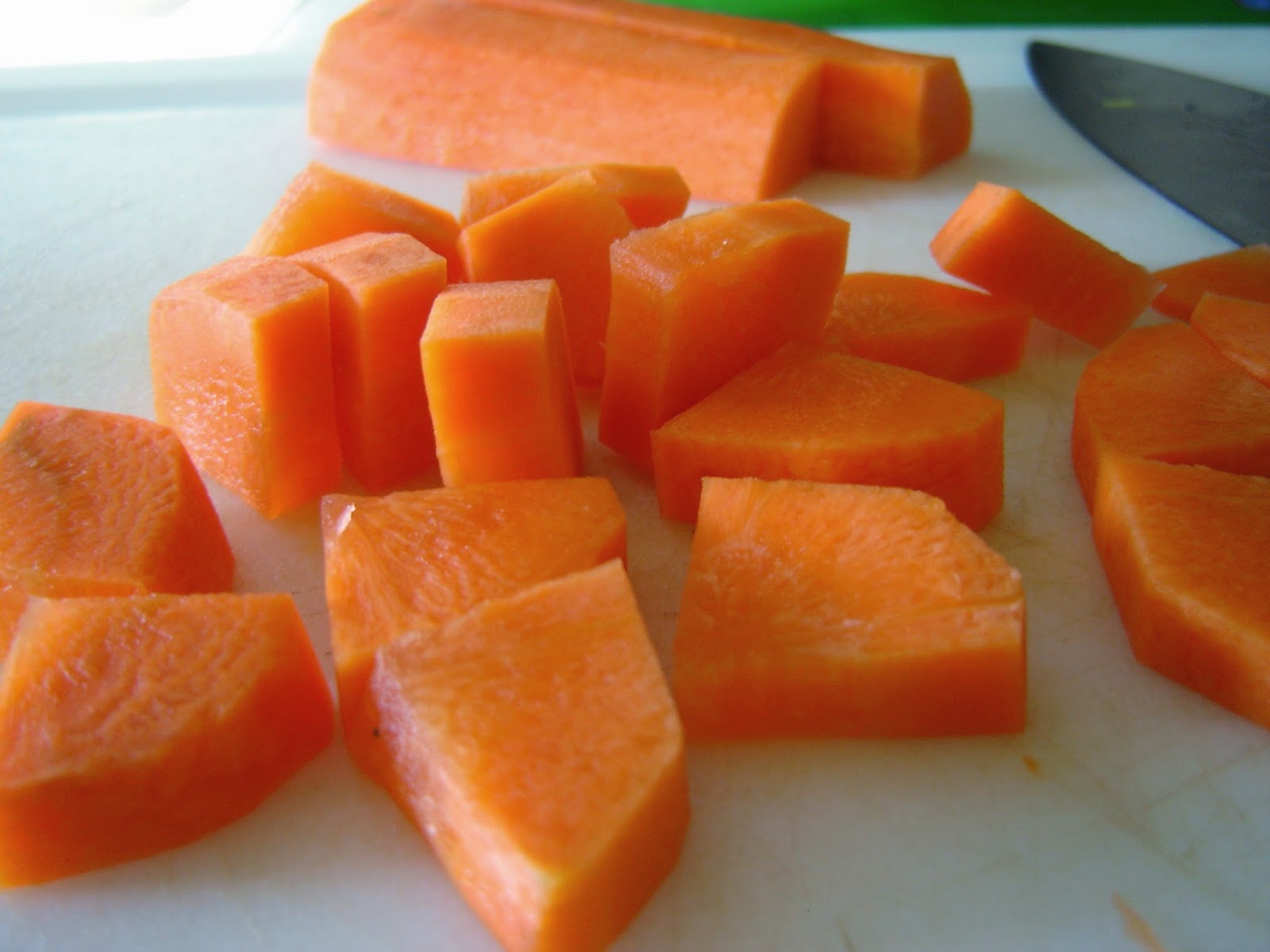 Even though I missed Saint Patrick’s, I’ve got another shot at people-watching (and chatting) these days. The Cleveland International Film Festival is in full swing, giving Tower City and the nearby areas some new life. Sure, nobody really enjoys limning in for a movie. But when you do, you can witness the energy of a dormant city, coming back to life with the arrival of spring. In a sense, this festival marks the end of our collective hibernation, and for a few days, strangers talk to each other just for the hell of it, and even if denied, they like it. 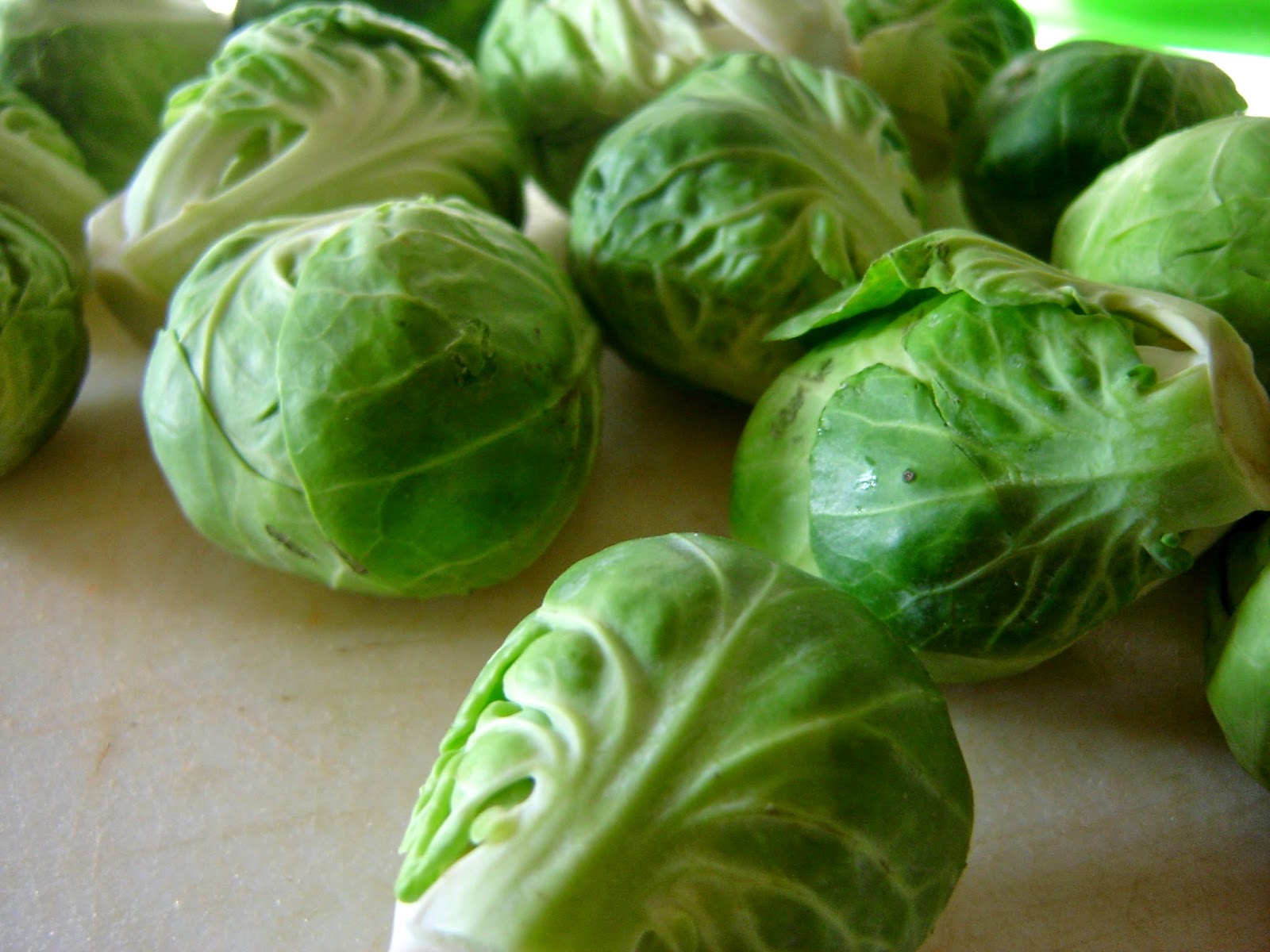 It doesn’t hurt that the scenery in the films is often gorgeous. So far, I’ve seen the beauty of the coastal towns in Mexico (The Empty Hours) and the amazing city views of Copenhagen (in the eponymously film called Copenhagen). Next, I’m about to be transported back home with my next movie, a Puerto Rican movie (Hopeless Hopeful) that will likely be the subject of my next post, accentuating the Puerto Rican-ness of the dish. 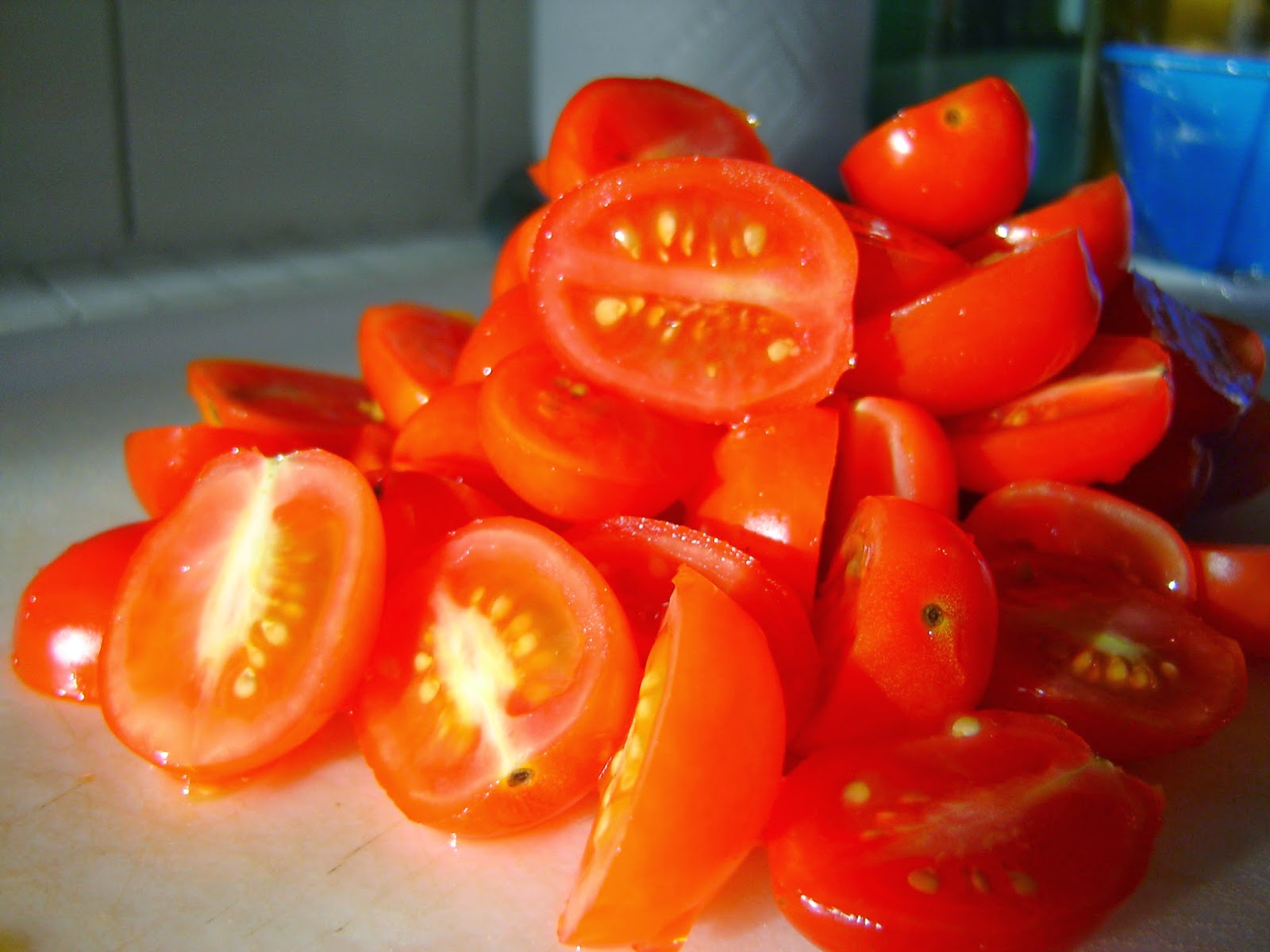 In the meantime, all this life in both the movies and in real life reminded me that even though it’s still like 20F outside and the tulips are still nowhere to be found, spring has started. I cooked something to further state that hibernation is over; it’s time to let the sunshine in. I roasted Brussels sprouts with leeks, peppers and cherry tomatoes. I served them with “Puerto Rican-fried chicken” and like I said, I’ll post the chicken recipe on its own later this week. In the meantime, I’ll share the recipe for these sprouts. I really liked their caramelization/blackening of the Brussels sprouts because it intensified their flavor, and gave them notes that reminded us of cauliflower. I am aware that a black sprout looks like a burnt sprout. But do yourself a favor and think of roasted peppers: They are burnt, and they are awesome. Still, I’m sure they may not be for everyone, so if you are interested in making them, feel free to play with the roasting time and temperature. It’s your kitchen, after all. 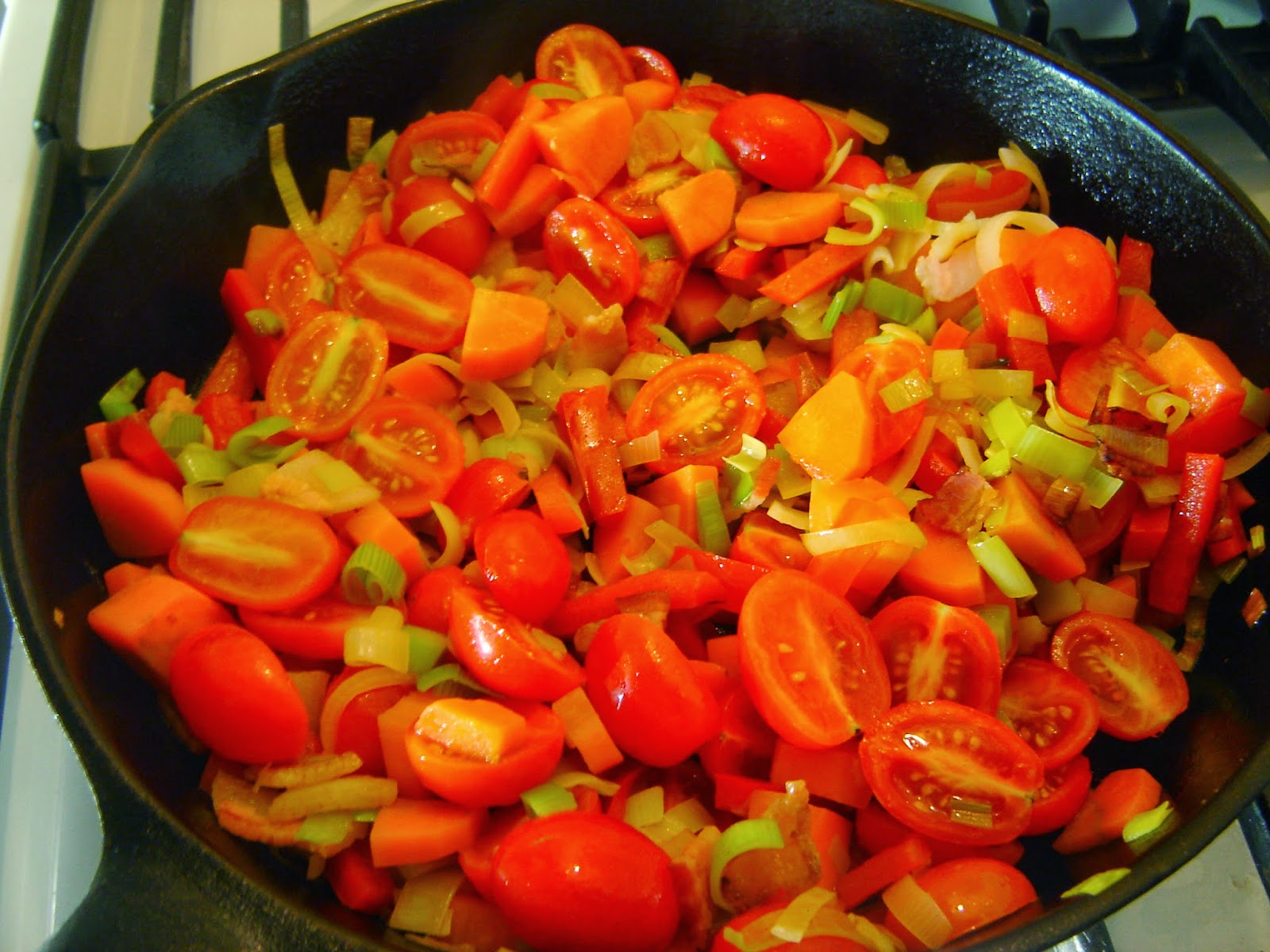 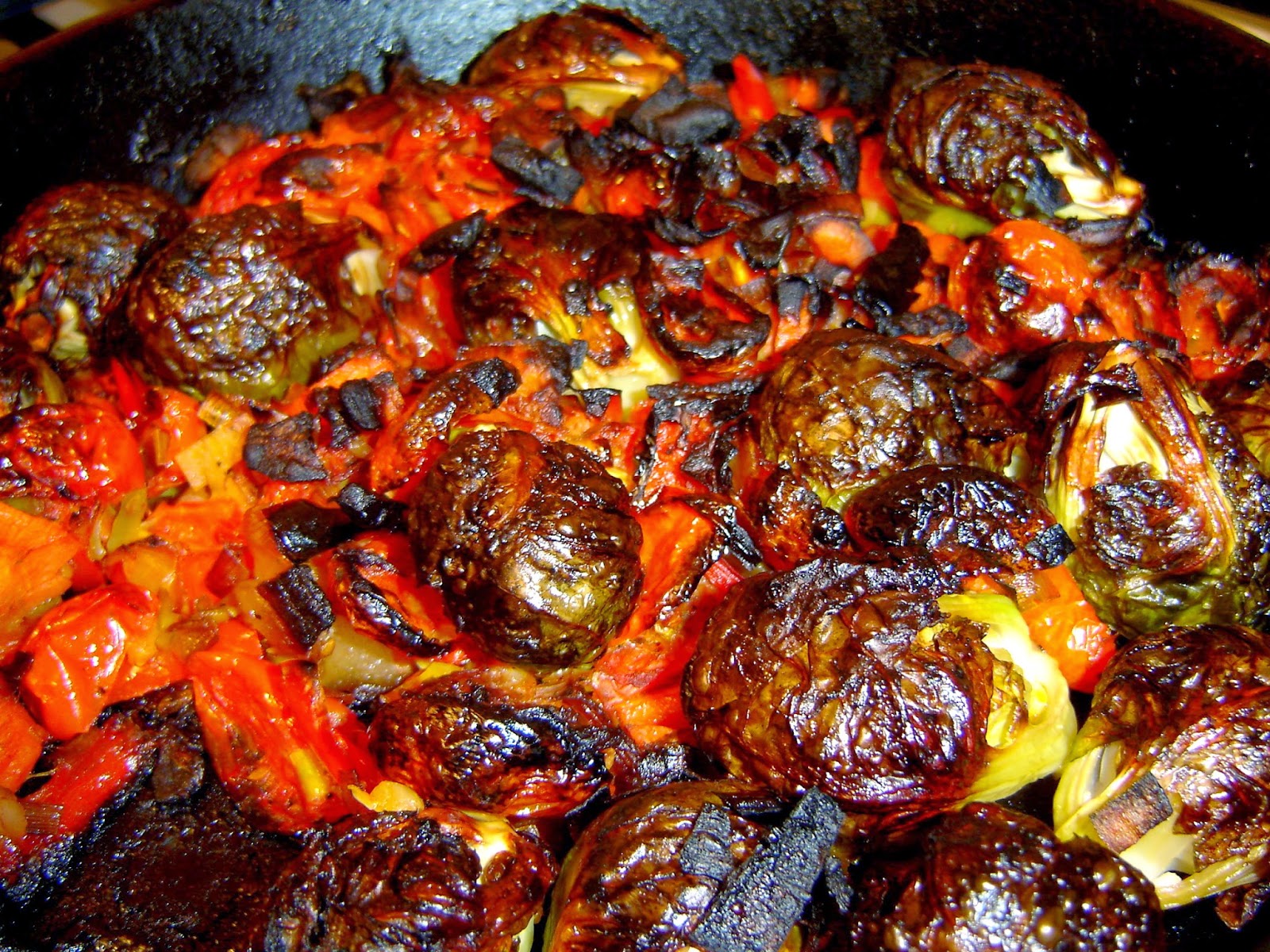 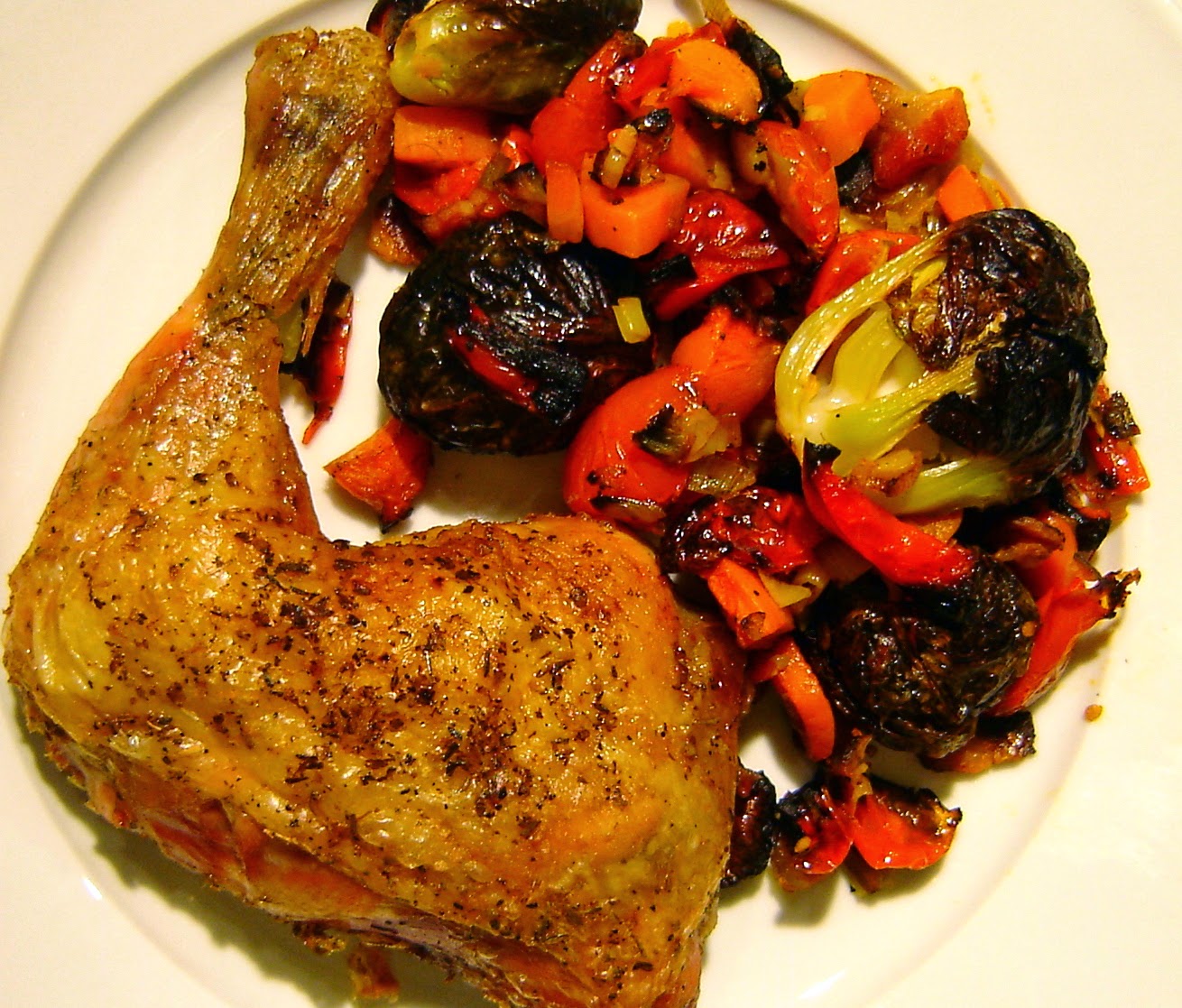 Meanwhile, use a heavy, oven-safe cast iron pan to cook the bacon for 3 minutes, or until it has released the fat. Sautee leeks, pepper and carrots for about 10 minutes. Add the tomatoes and make sure they are coated in the juices; cook them for about 2-3 minutes. Season with salt and pepper. Add the sprouts and stir to coat with the juices. Add vinegar and bourbon and stir well. Transfer to the oven and roast uncovered at 450F for 40 minutes.