I am a scientist. At least that what I tell myself. As any other grad student, I am stubborn. Anyone who has at least tried to get a Ph.D. in sciences knows that grad school isn't about revolutionary findings that will shape the world for years to come. No, no, my friends. Grad school is about failing... a lot. It's about learning how to avoid self loathing when an experiment fails. It's about doing everything in your power to save that failing plan of yours, even though your inner self's only contribution is a constant "you should have gone to business school". At the end, a Ph.D. is about not giving up in the face of adversity.

The great thing about this Ph.D. resilience is that once you've built it, you can use it to deal with anything life throws at you, for instance, cooking. Earlier this week, I had leftover bananas from last week. Against my better judgement, I decided to make a pie out of them. I told myself, "self, why don't we make a blueberry-banana pie? They work well together in smoothies, so why not a pie? " Oh my, lets just say the pie was a bit of a disaster... There's not even a point in discussing the flavor (which was ok if you were wondering, but certainly nothing to blog home about). I made quite a few mistakes. The worst one was that I didn't use any corn starch, so everything was liquidy at the end. I started with frozen blueberries and they never really cooked, so it was like eating "fresh" blueberries, and to top it all, they released so much water... My combined stupidy resulted in a perfectly baked crust, and a great crumble top getting totally soggy.

Oh, I was so annoyed, but it was time to move on. The birthday of a good friend of mine was approaching and she refused to celebrate it. I mean, come on! You have to do something... So I decided to solve the problem with a "clever" idea. I was to make a birthday cake, a rum cake to be precise. That way we could have the birthday cake, and we could feel like we were at happy hour at the same time. I found a recipe from a Puerto Rican cookbook written in the 50s, that had less details than an Amish dress. I followed the strange and overly simplistic directions and baked the cake. It was a beautiful cake, so I was happy. I left it cooling to decide later whether I wanted a frosting or not, but when I came back the cake had collapsed in the center because, you guessed it, it wasn't fully baked. It was such a tall cake that the toothpick test said it was done, but it wasn't. I wasn't about to give up. No sir. I'm stubborn. I rebaked the damned cake, frosted it with a simple vanilla frosting to retain the moisture, and topped it with sweetened coconut flakes to round the rum and vanilla frosting flavors. At the end it was edible, and according to the ones who ate it, the cake was good. I liked the flavor, but it wasn't as good as it could have been (plus I could taste all that drama...). Maybe next time.

With a bruised ego, I decided that my last two failed attempts at baking had left me with way too much sugar in my system. It was time to go for a wholesome, summery, and low calorie dinner that will bring my spirits back up. Logically, I decided to make a burger. You know what they say... "burgers make everything better". Oh, wait; maybe I'm the only one who says that... Blue cheese and bacon are probably my favorite toppings for burgers. Even though both of them are good sources of protein, they are high in calories and high in fat. Thankfully, both of them have powerful flavors, so I don't really need to use (or eat) that much of either, so I can get away with using them without adding too many calories to my burgers. Instead of having fries as a side, I decided to make grilled sweet potato wedges to pair with my burgers. I was so excited I told myself "I'm loving it". 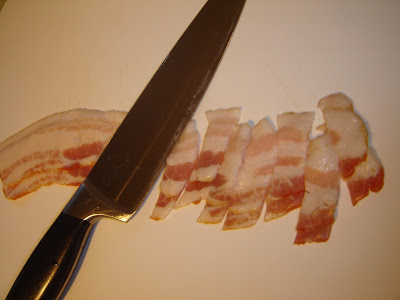 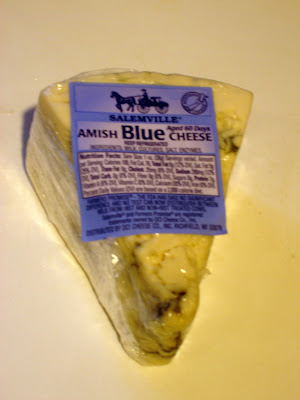 I started with the sweet potatoes, since they take the longest time to cook. I salted cold water and added two medium sized sweet potatoes, and brought them to a boil. I boiled them until they were almost cooked. I left them cool a bit just so I could touch them, and I sliced them as wedges (first in half and then as wedges). I brushed them with olive oil, and seasoned them with salt, pepper, cumin, oregano and brown sugar. I left them sitting on the side until it was time to grill them. 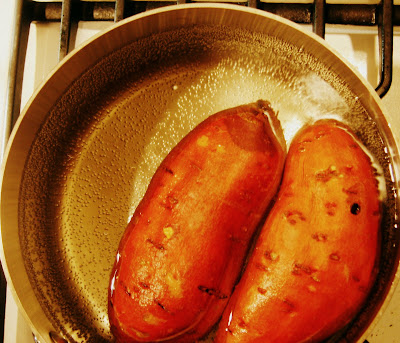 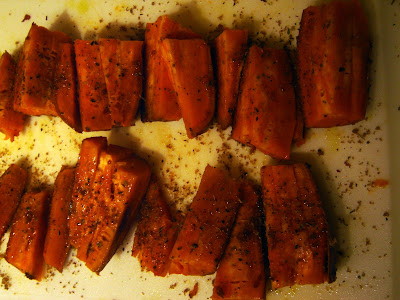 For the  burgers I used a mixing bowl and added the meat, the blue cheese, and the bacon. I seasoned with the mix of my spices (salt, pepper, cumin and oregano) and mixed everything. I split the meat mixture into four and shapped them as balls. I pressed them with my hand making a little bit of a dip in the center, because when the burgers grill they tend to rise at the center, so when they do, they will just even out and they won't have a hump. I fixed the patty shape and went to the grill. I grilled them over high heat for about 5 minutes. I flipped and transferred to another side of the grill over a medium flame, and cooked for 4 more minutes for well done. Please, never-ever press your burgers while grilling. You will loose all the juicyness of the meat. Leave them alone, flip them once and gently check their doneness. 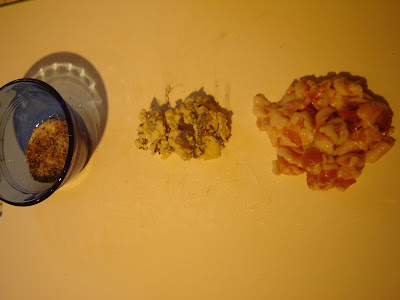 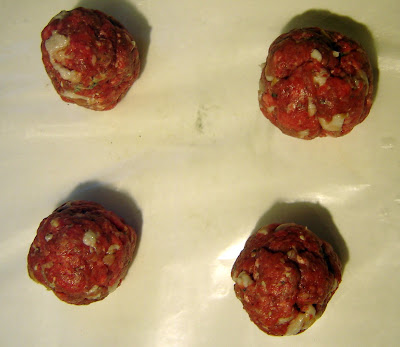 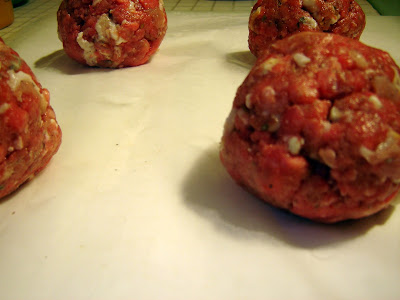 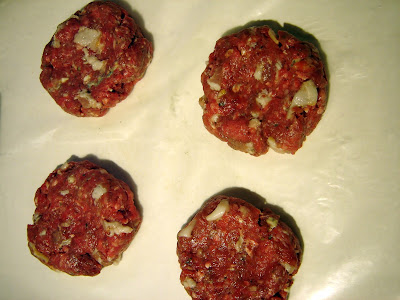 I grilled the sweet potatoes on the side of the grill that was still hot, for 5 minutes, turning them twice. I used the upper part of the grill to toast the whole wheat kaiser rolls I was using as buns. Please, don't ruin your burger using cold bread. Just don't. When everything was ready, I used olive oil mayonaise on my rolls, assembled my burgers, and served them with my sweet potatoes. 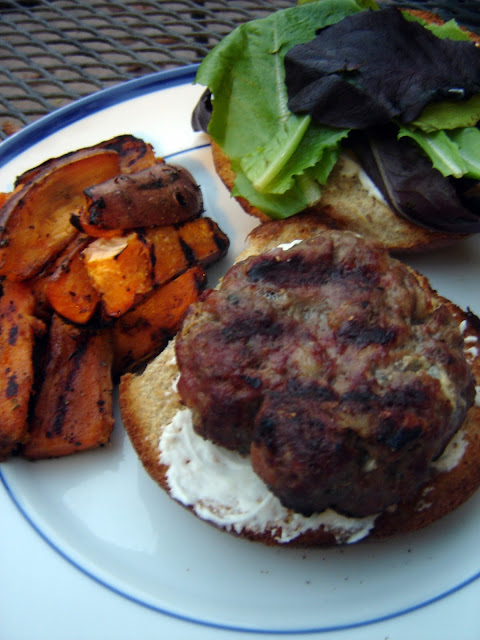 The burgers were very, very good. I loved their blue cheese and bacon flavor. Since I was using sirloin, which is the leanest cut of beef, the bacon and blue cheese really helped keep my burgers tender and juicy even at well done (I prefer medium, but since I was doing two well done, I made them all well done). The best part is that because bacon and blue cheese are powerful flavors, I didn't have to use much to get all the flavor, but only a few of the calories. It was like having my favorite burger at Red Robin without the calories. My burgers were 317 calories per serving and the grilled sweet potatoes were only 122 calories. It was definetely more than just a "happy meal"; it was a great one. I usually don't buy burgers from fast food places, and only seldomly from restaurant chains. When I do, it's from Red Robin because, lets face it: It is a happy, happy place, and their burgers are yu-mmy! However my favorite burger, the "bleu ribbon", has a hefty 1052 calories, and that's without the bottomless fries!!! My burger had all the flavors I love, for a third of the calories (on a cheat day, go to Red Robin just for fun and have any of their great burgers - non payed advertisement, lol).

Finally, a good result! That's all a scientist can ask for. 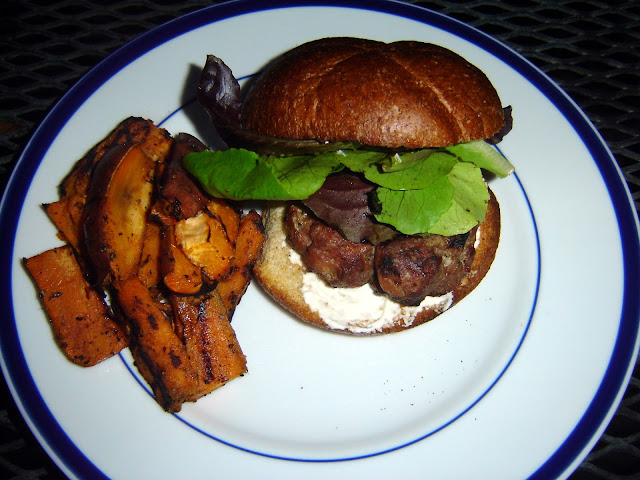 In a medium mixing bowl add the meat, the blue cheese, and the bacon. Add the spices (salt, pepper, cumin and oregano) and mix. Split the meat mix into 4 and shape them as balls. Press them with the hand and make a little bit of a dip in the center, so when the burgers are grilled and rise at the center, they won't have a hump. Fix the patty shape. Grill them over high heat for about 5 minutes. Flip and continue grilling on a side of the grill that's over a lower flame, and cook for 4 more minutes for well done.

Use a medium saucepan; add some salt to cold water and use to boil 2 medium sized sweet potatoes until they are almost cooked (20-30 minutes). Let them cool a couple of minutes or so, until cool to the touch and slice them into wedges (first in half and then into wedges). Brush them with olive oil, and season them with salt, pepper, cumin, oregano and brown sugar. Grill over high heat for abour 5 minutes, turning them twice.


Calories from Red Robin's Bleu Ribbon Burger were taken from fatsecret.com
Calories from my recipe were calculated through myfitnesspal.com