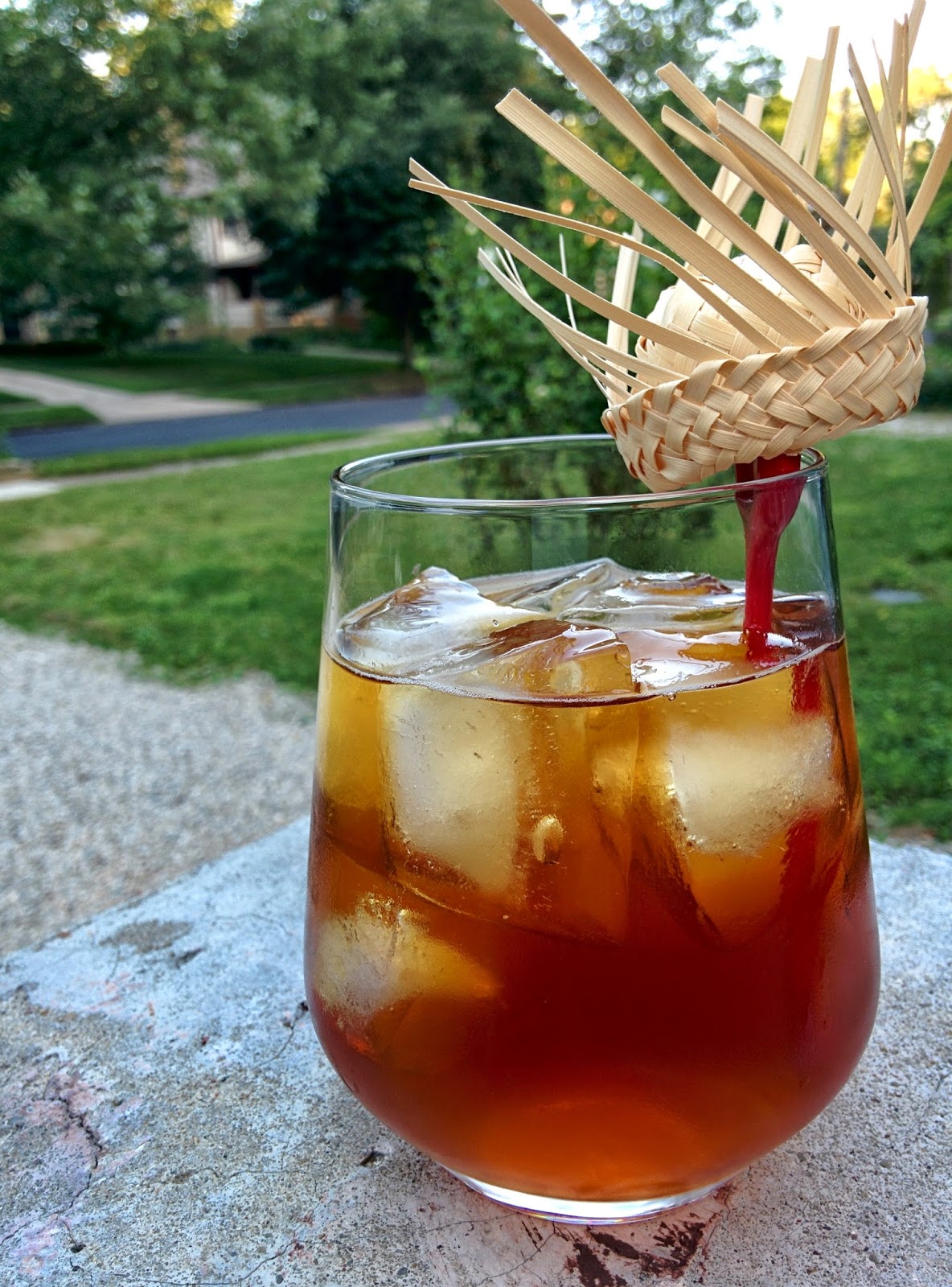 Had I been in Puerto Rico today, July 25th, I’d be celebrating the Constitution of the Commonwealth of Puerto Rico. I probably wouldn’t be at the massive political rallies, but like many, I’d be enjoying a sunny day at a gorgeous beach, and I’d be getting browner and browner by the minute. But I’m not in PR so I’ll celebrate this day from Cleveland by having a nice drink, and I’ll share the recipe with you. This is not your ordinary drink. Mazagrán is a drink named after a city in Algeria, originally made from Brandy, coffee and lemon and brought to the Island by the Spaniards. In Puerto Rico, the plantation workers ditched the brandy and used the local rum instead. Mazagrán was a favorite thirst-quencher back in the day, but as the economy shifted away from agriculture, it was lost to the point most people today don’t even know this drink even existed. I used my ancestral knowledge (and only God knows how) to resurrect the recipe and give it a modern twist. It took me about 12 hours and a half to make this drink (FANCY!) because I brewed my own cold brew coffee, but if you buy the coffee instead it can be done in a few minutes. Of course, one may be tempted to use cold regular coffee instead, but I’m afraid that it would add bitterness and staleness to it. I’ll show you how I made the coffee first and then the drink, step by step. 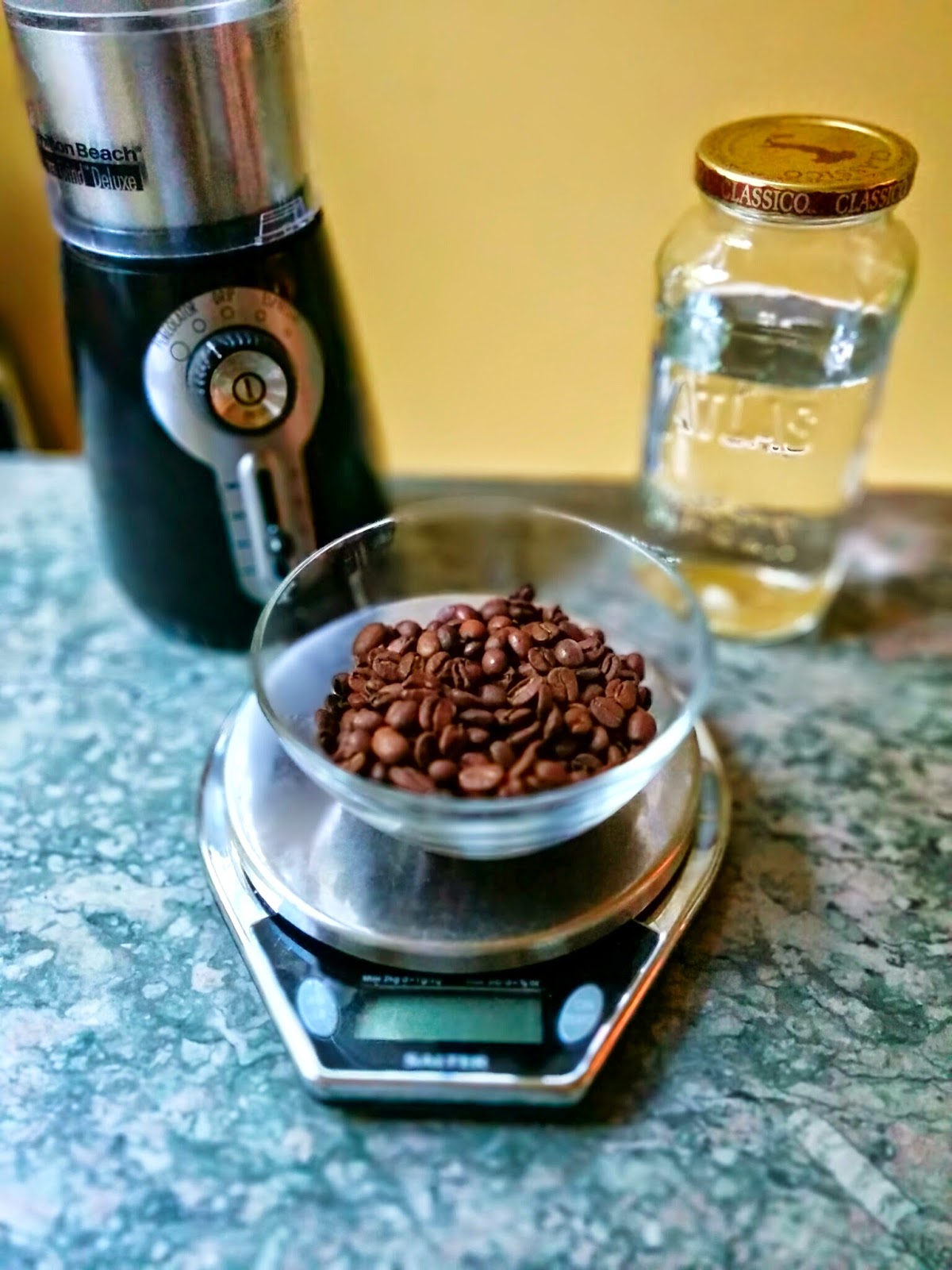 First I made the cold brew coffee. It’s easy. I used a ratio of 1:8 water to coffee as suggested in this interview I read. The ratio is based on weight, so you need a scale, or you can estimate and use twice as much coffee as you’d use if you were making regular coffee. I adjusted the coffee grinder so the coffee would have the thickness (or coarseness) of sea salt. 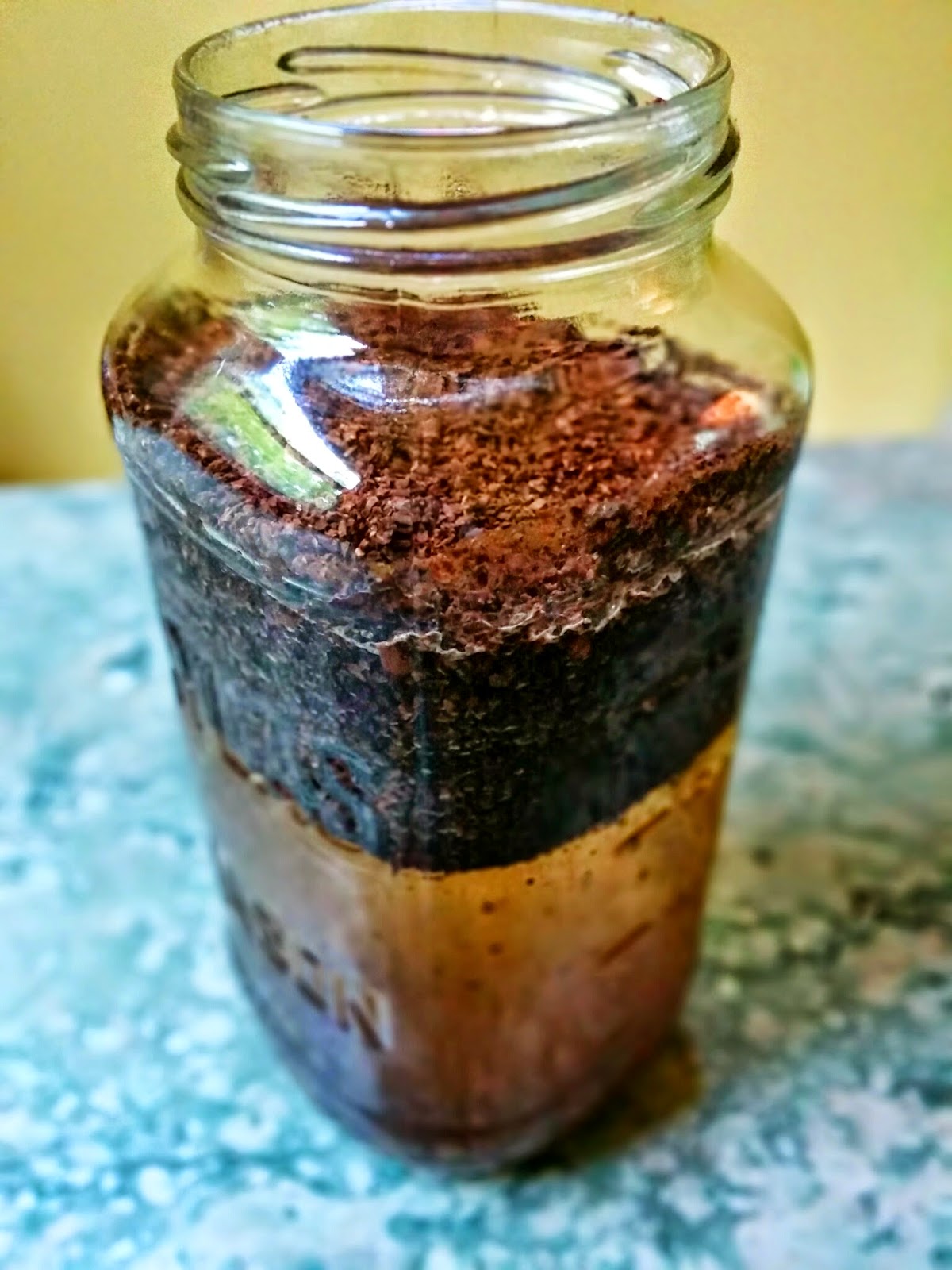 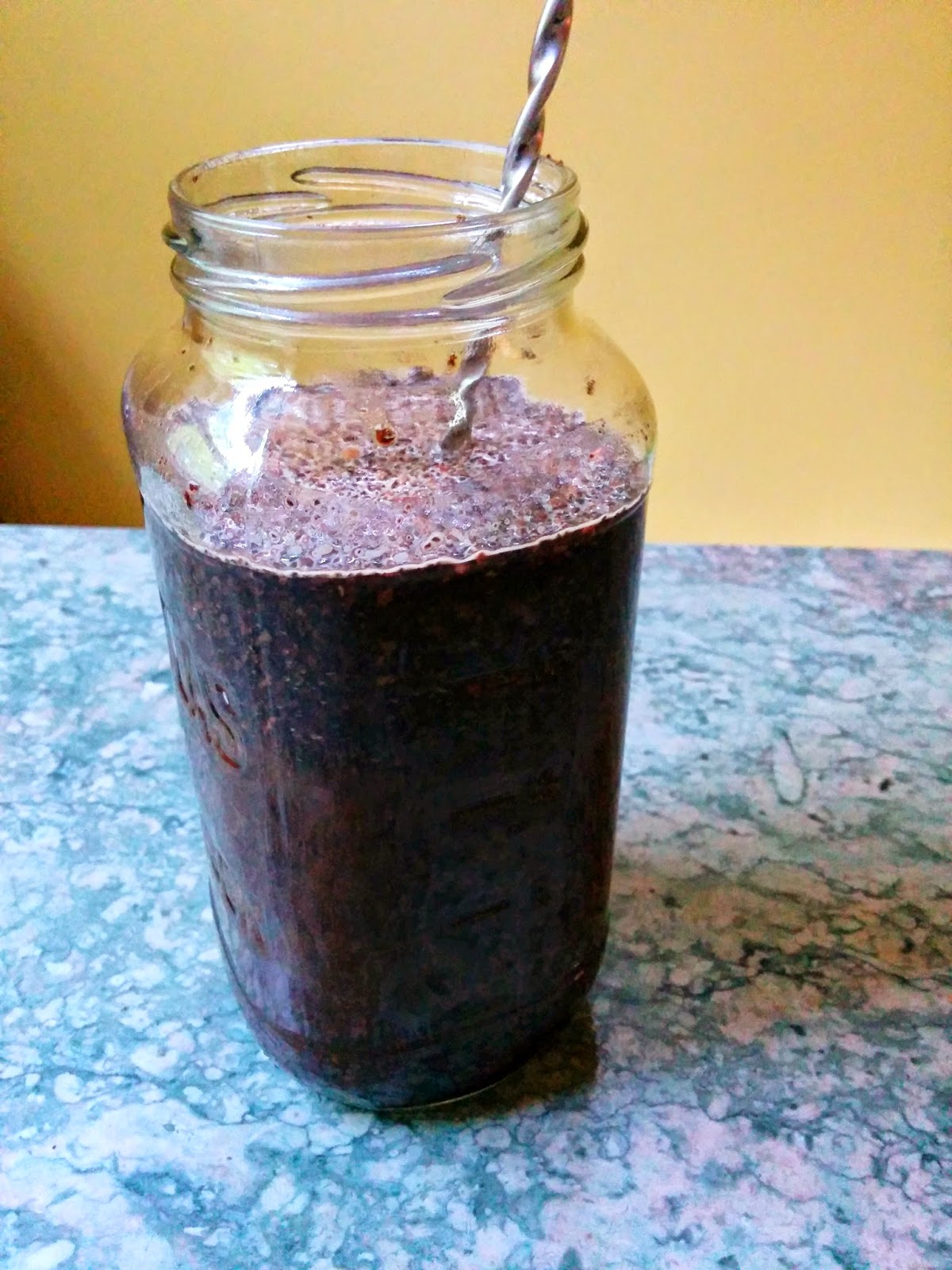 I added the coffee to the water. The coffee oils prevented the two from mixing and formed two layers (kind of cool). I used a spoon to stir and mix them. At first there was some resistance of the spoon to actually go through the interface (super cool) but it did. 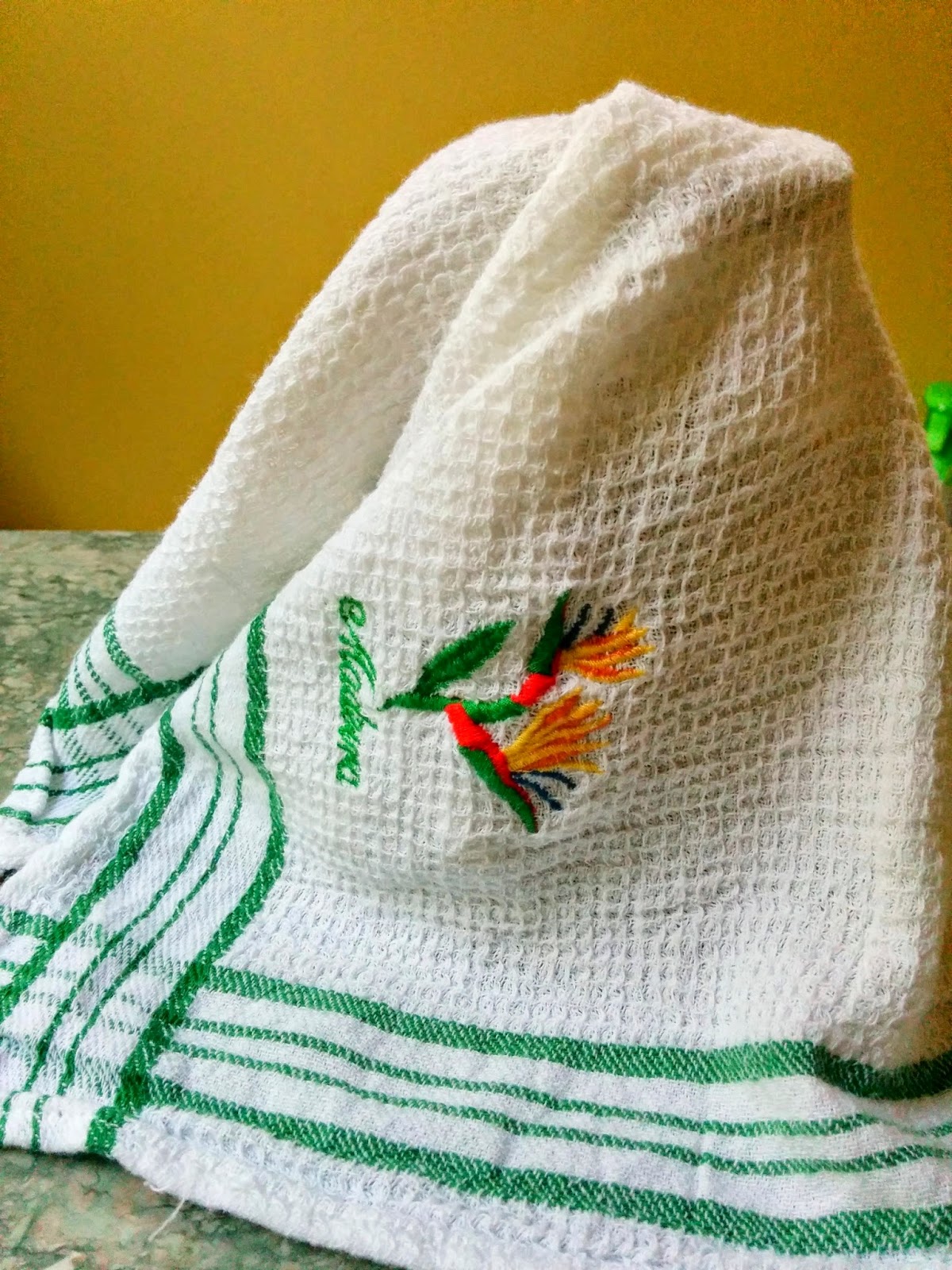 I used a mason jar, so to cover the coffee I used its lid. Then I covered the jar with a kitchen towel, and I left it brewing at room temperature for 12 hours. 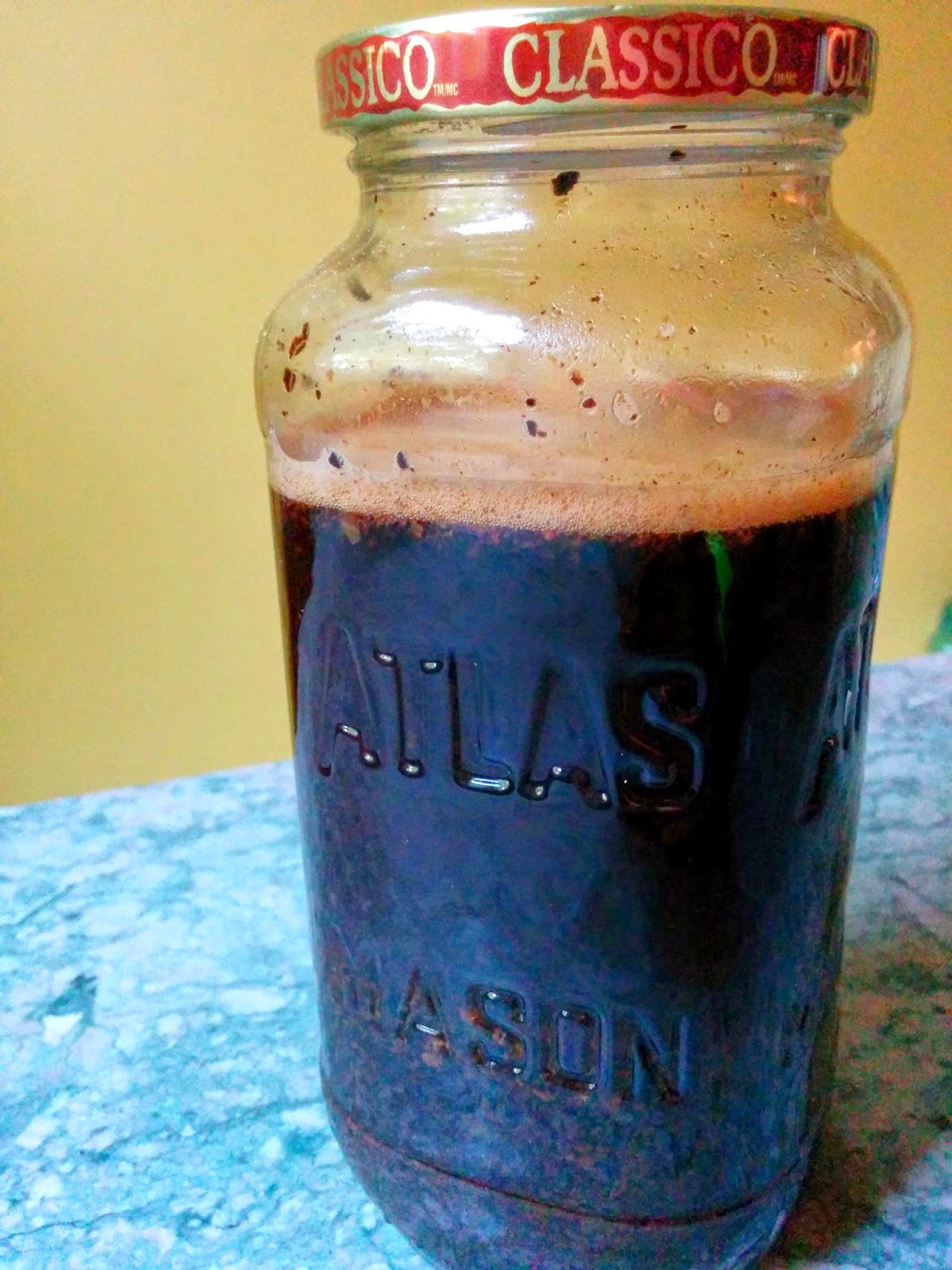 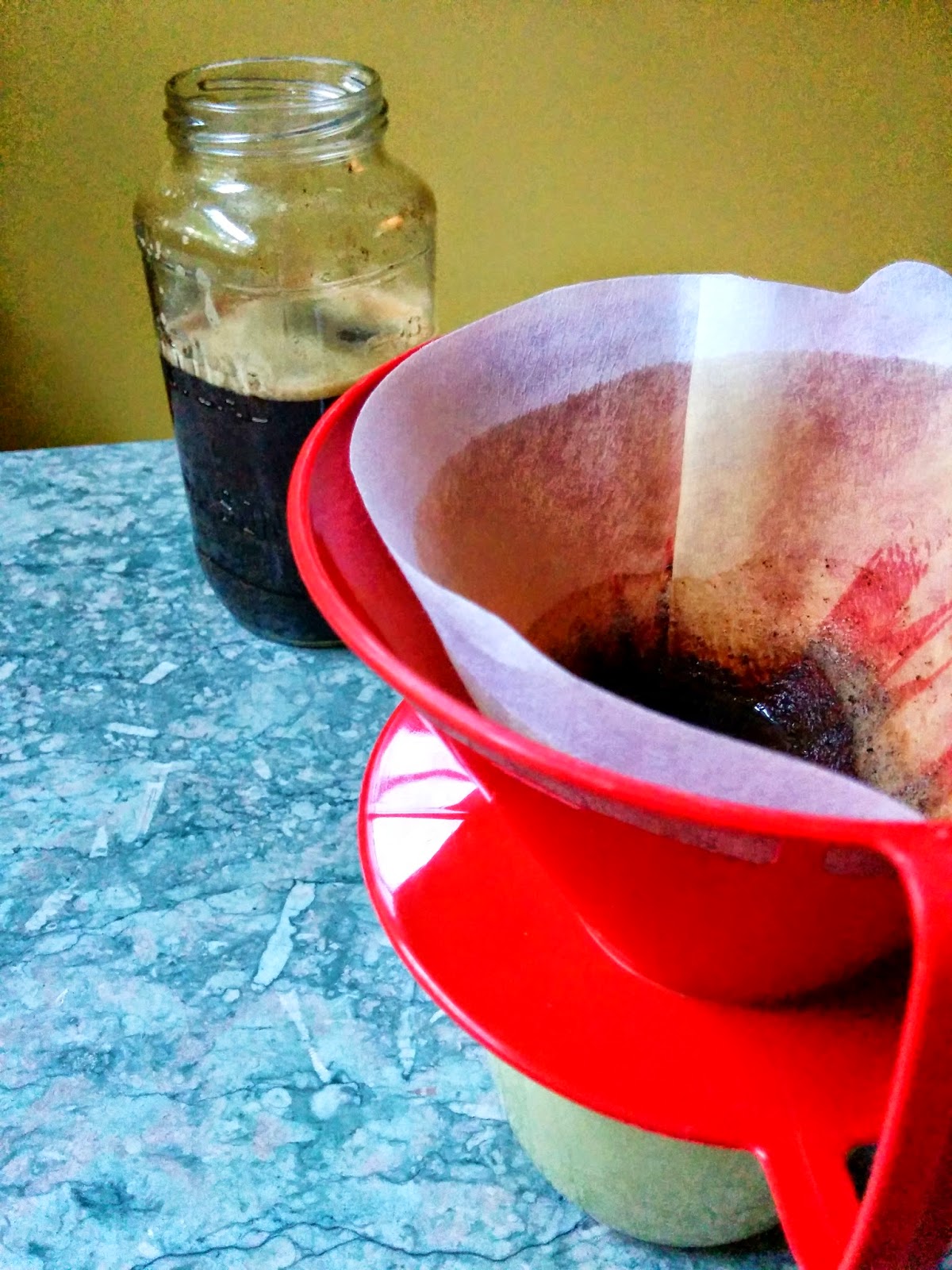 Then I just used coffee filters to filter the coffee. I did it twice just to make sure I didn’t have any coffee grinds. 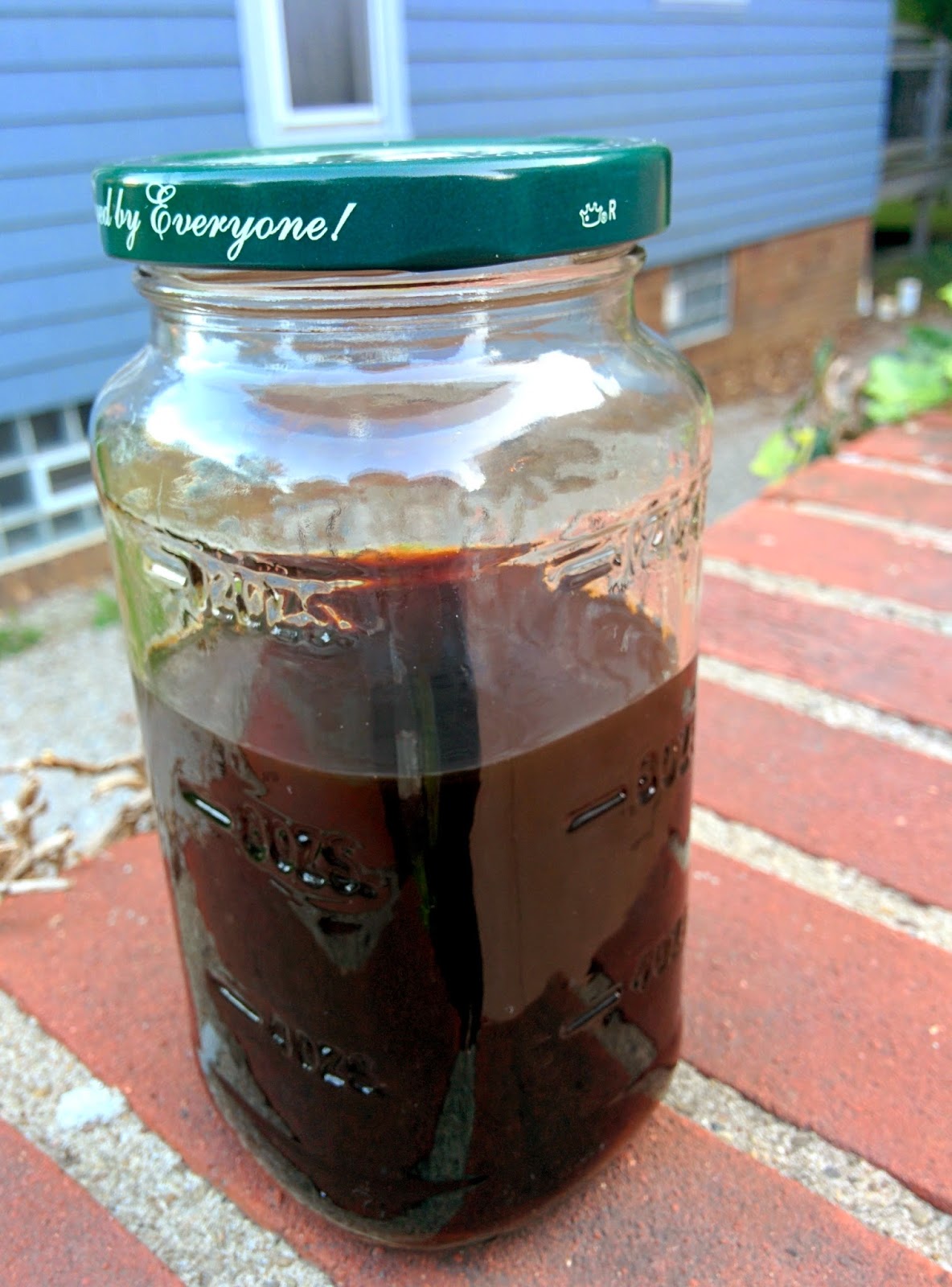 There you have it: cold brew coffee. It tastes like cold coffee, except it was a touch sweeter, and it didn’t have the bitter notes that regular coffee has. It can be covered, and stored in the fridge for up to a couple of weeks. Keep I mind that this is a concentrate, so most people dilute it in half (half coffee half water) when they serve it. 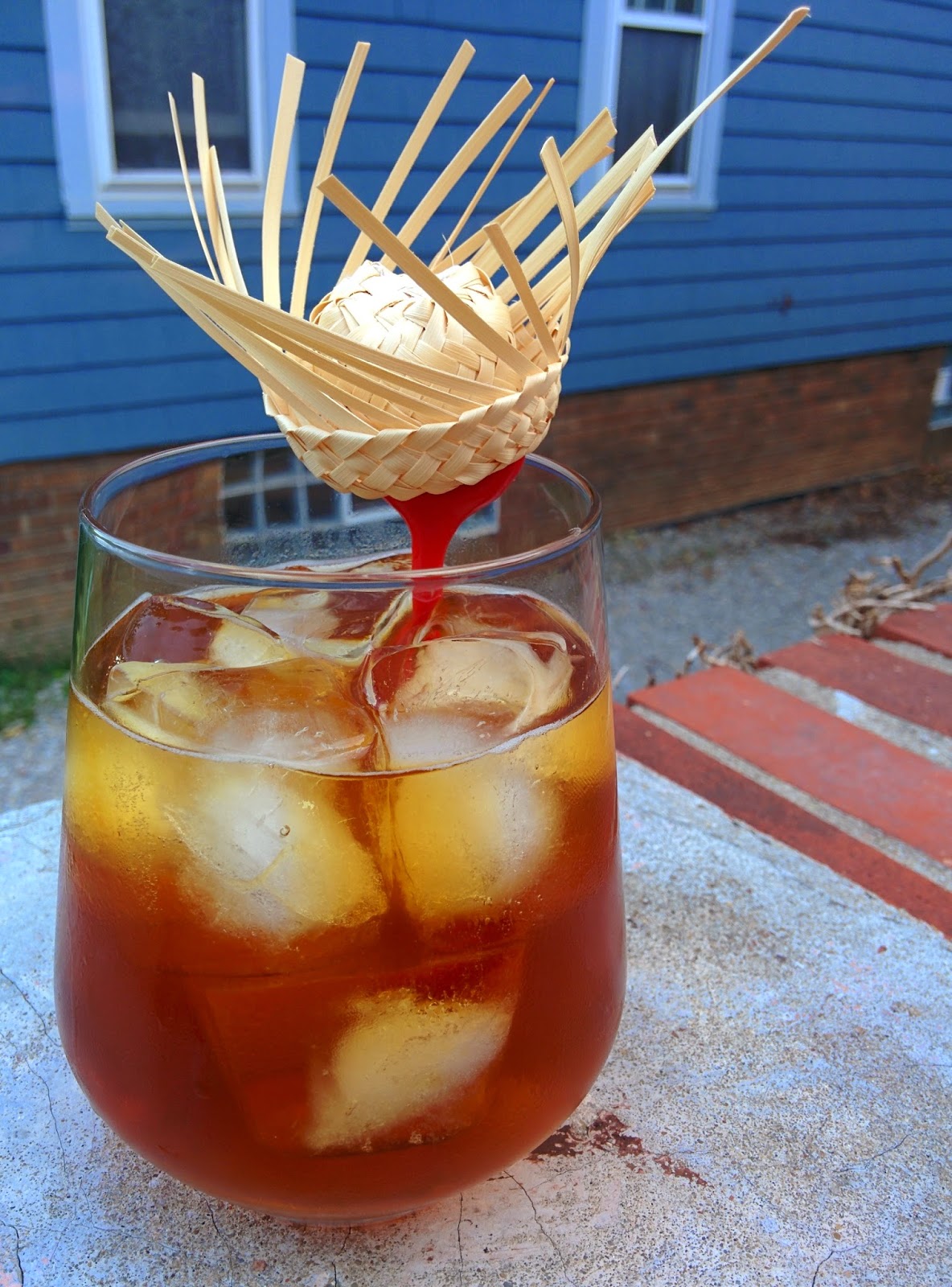 To make Mazagrán I used my favorite white rum, Don Q Cristal, but you can use your favorite rum. I filled a tumbler with ice and added 2 parts rum, 2 parts cold brew coffee (still concentrated), 3 parts simple syrup, and 4 parts carbonated water. I added a splash or two of lemon juice, and stirred. It was really, really good and refreshing. No wonder why my ancestors would drink this while working their butts off in the tropical heat.

Fill a tumbler with ice. Add all the ingredients, and stir.