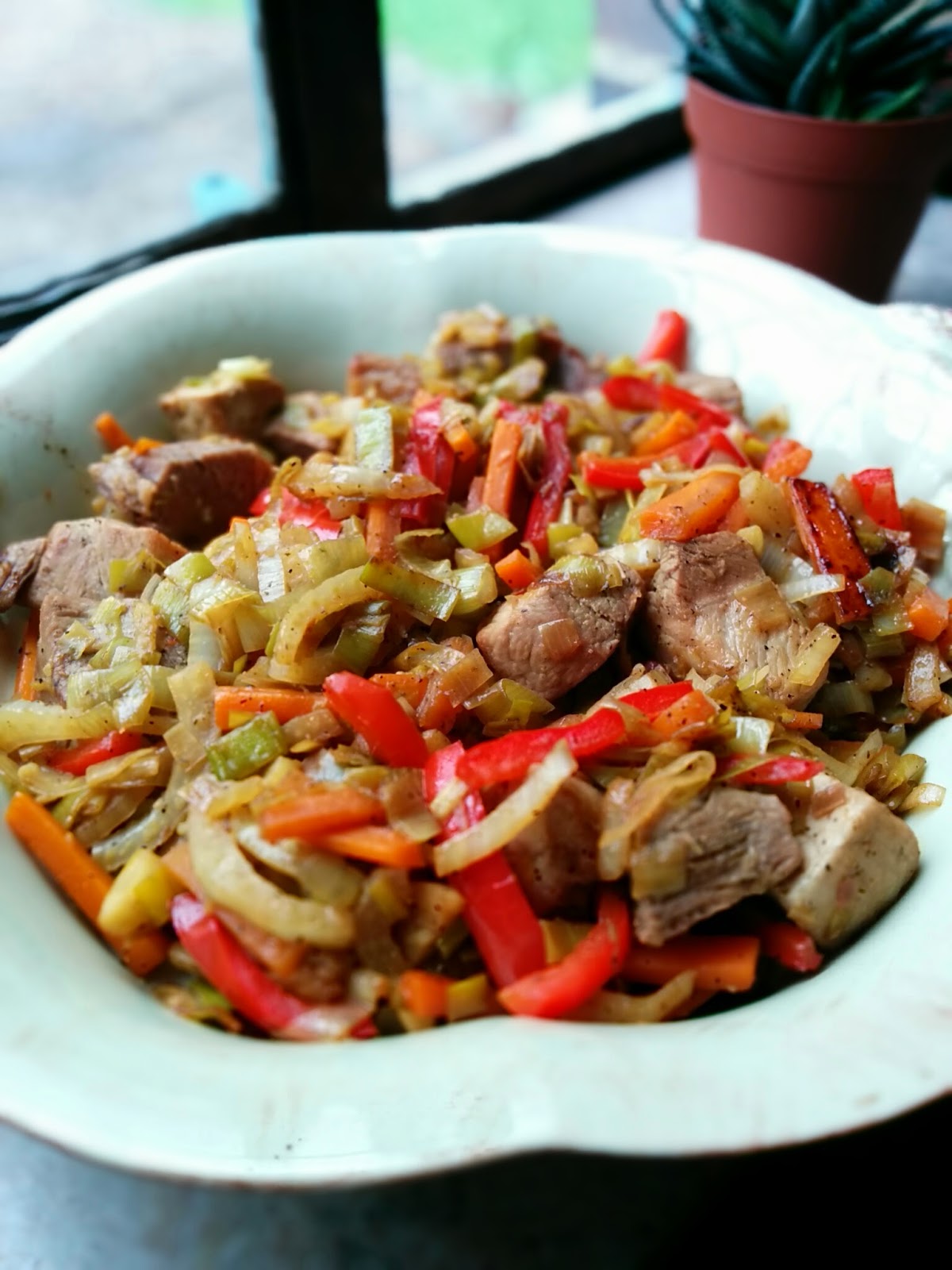 Last week was definitely a bag of mixed goods. The weekdays were gorgeous, and the weekend, well, it was pretty stormy.  Here’s a quick recap of the week: 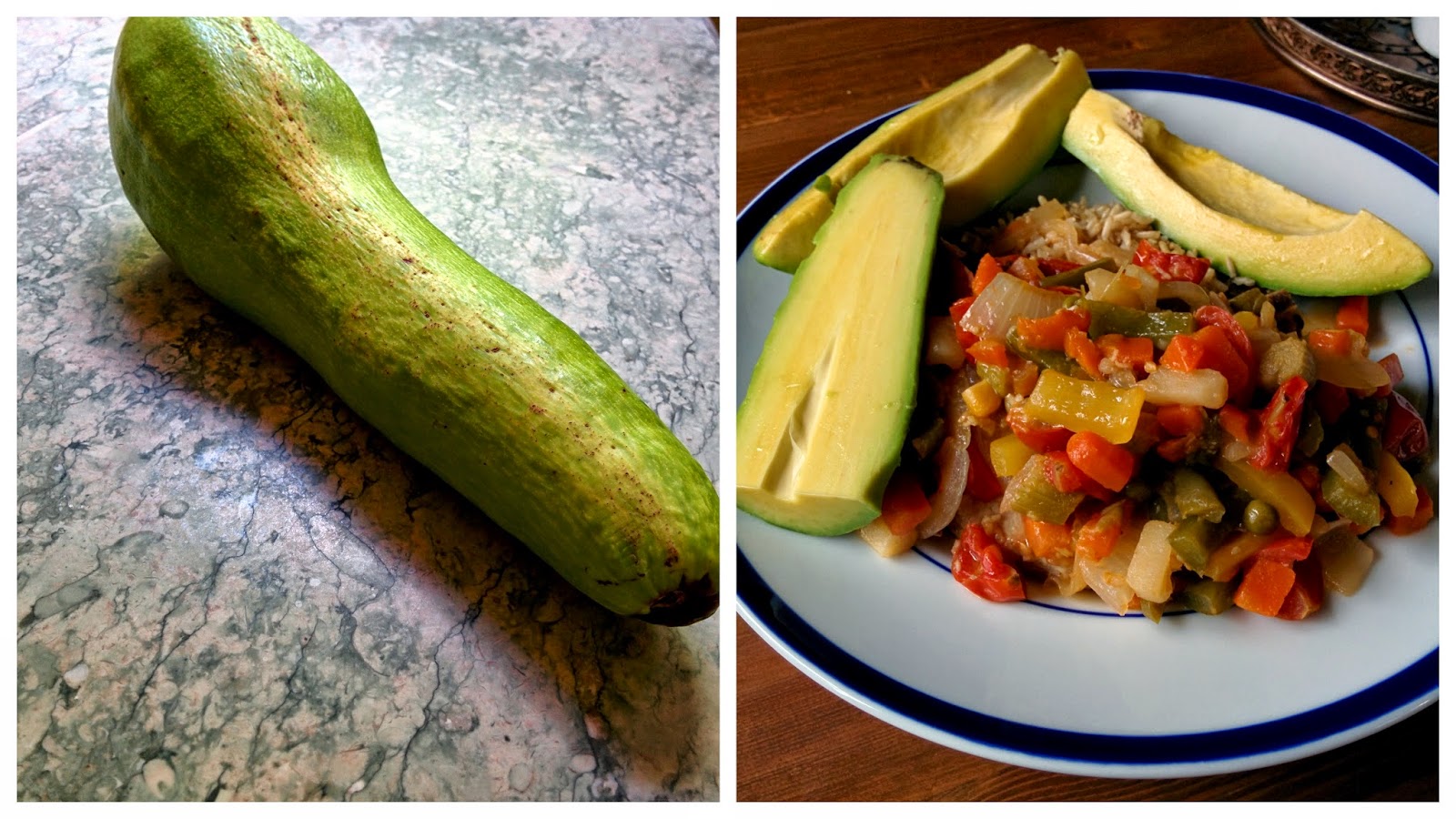 First, I spent a fun evening with my best friend’s parents as they were in town visiting. I even got a Puerto Rican avocado as a token!  Puerto Rican avocados (aguacates) are larger and tastier than their Floridian and Mexican counterparts. The flavor is so delicious, that most people don’t “waste” them by using them in recipes; they eat them on their own, as a side “dish”. And so did I. 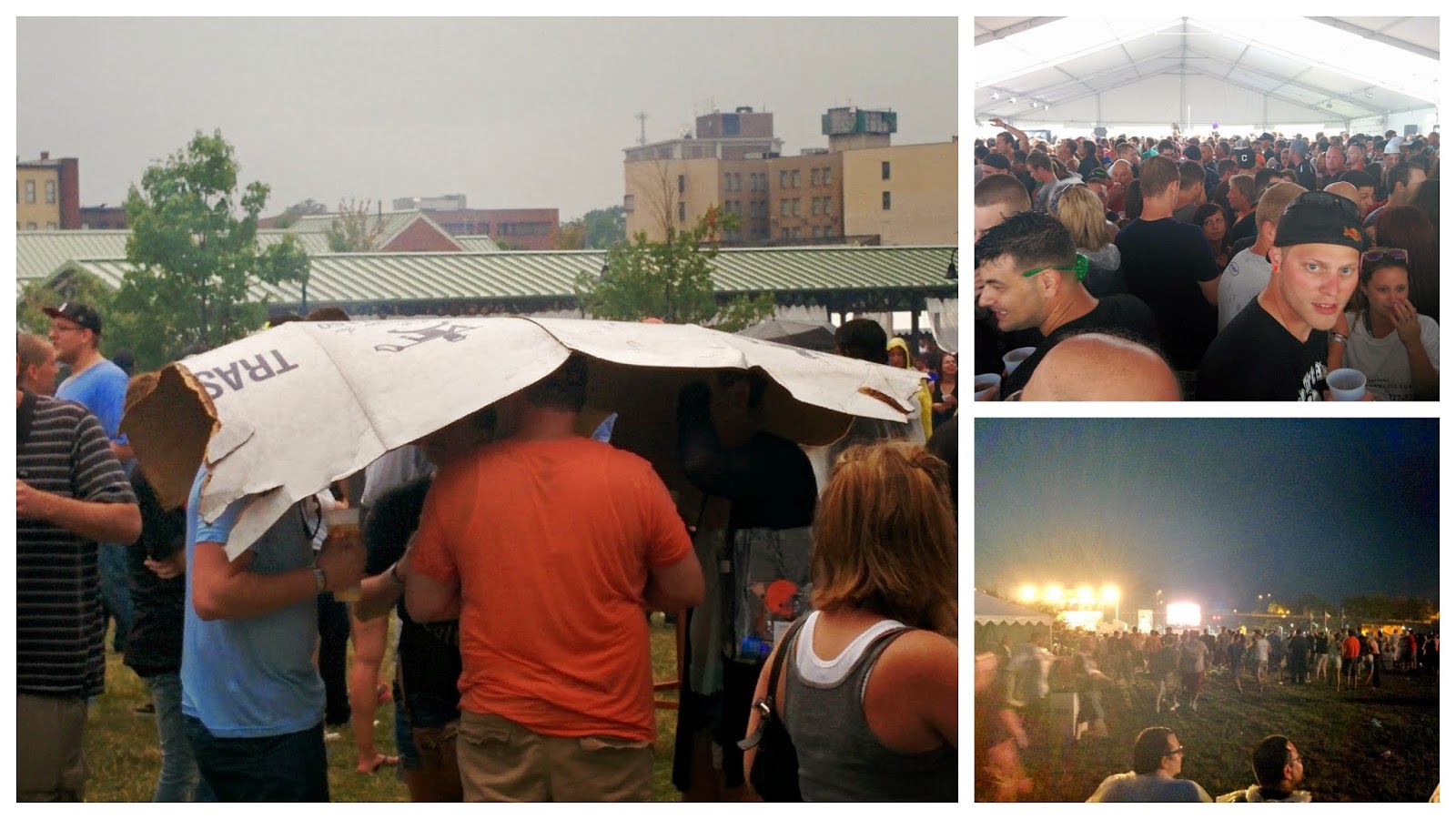 I went to Roverfest 2014, an all day festival organized by local morning-radio stars. This year it was held in Lorain, OH, at the site where the Black River meets Lake Erie. We really tried our best to enjoy the festival, but between the 40 minute line to buy beer (crappy, crappy beer), the dirty port-a-potties, and the sometimes severe thunderstorms it was quite a hard task. Still we managed to make the best out of it, and we enjoyed each other’s company. The thunderstorms got worst as the weekend progressed, so I had to cancel a second outdoor concert, and my 33 bike-ride to it – bummer. 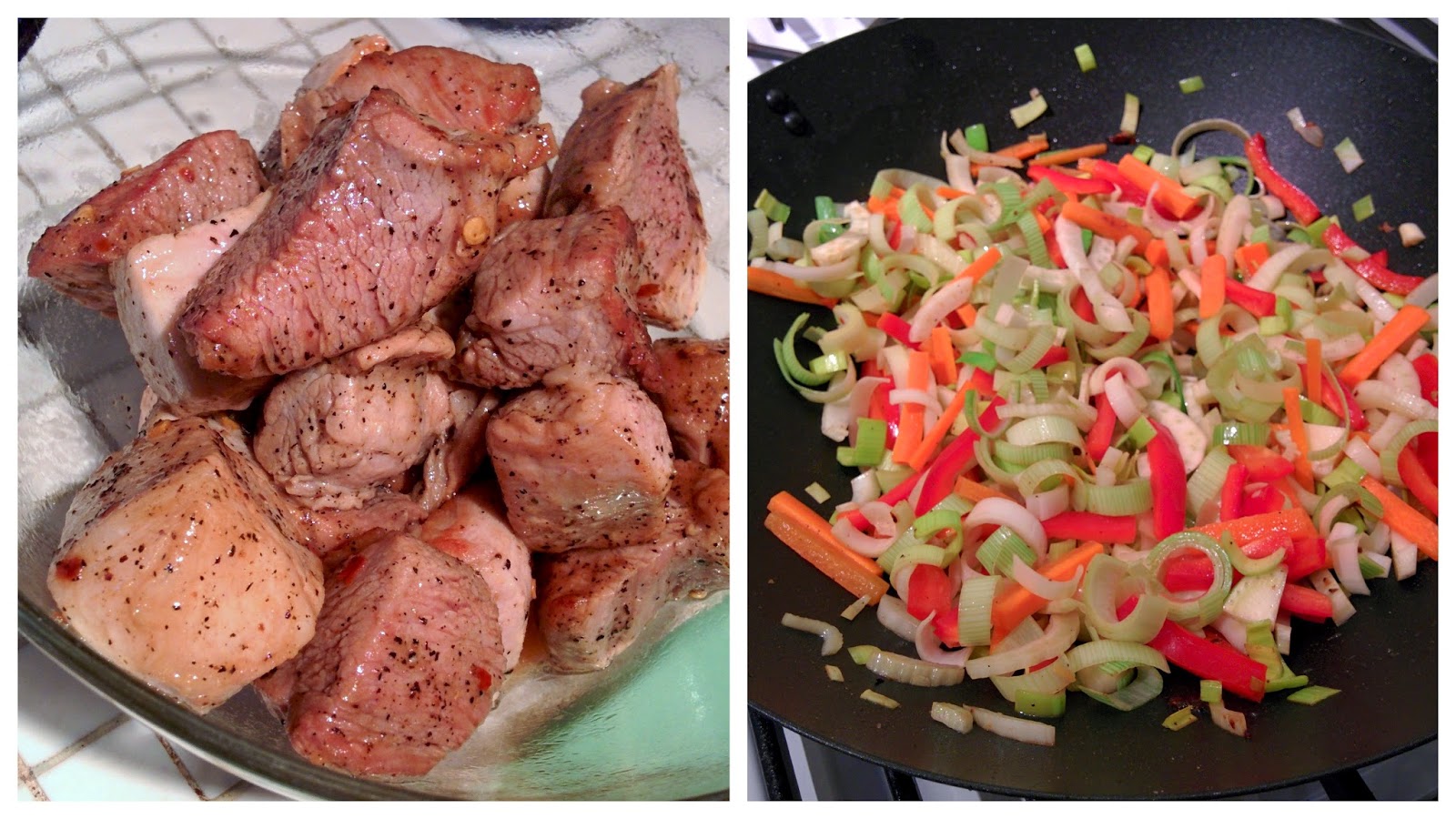 Great company was also the saving grace of dinner at a hibachi restaurant close to us. The service was terrible, and the food was ok (borderline good). This was the third bummer in a row, what the F? I’ve had it; I was done with all these disappointments.  So I went to the kitchen with the intention of making a dish that would bring the sunshine back into my life. I made a beautiful sweet and sour (and spicy) pork stir fry. I used some of my favorite vegetables (leeks, fennel, carrots and red peppers) to pair with one of my favorite meats. I was proud of the result. It was just like the wheel of fortune: I had to go through some disappointments to go back into a state of satisfaction. 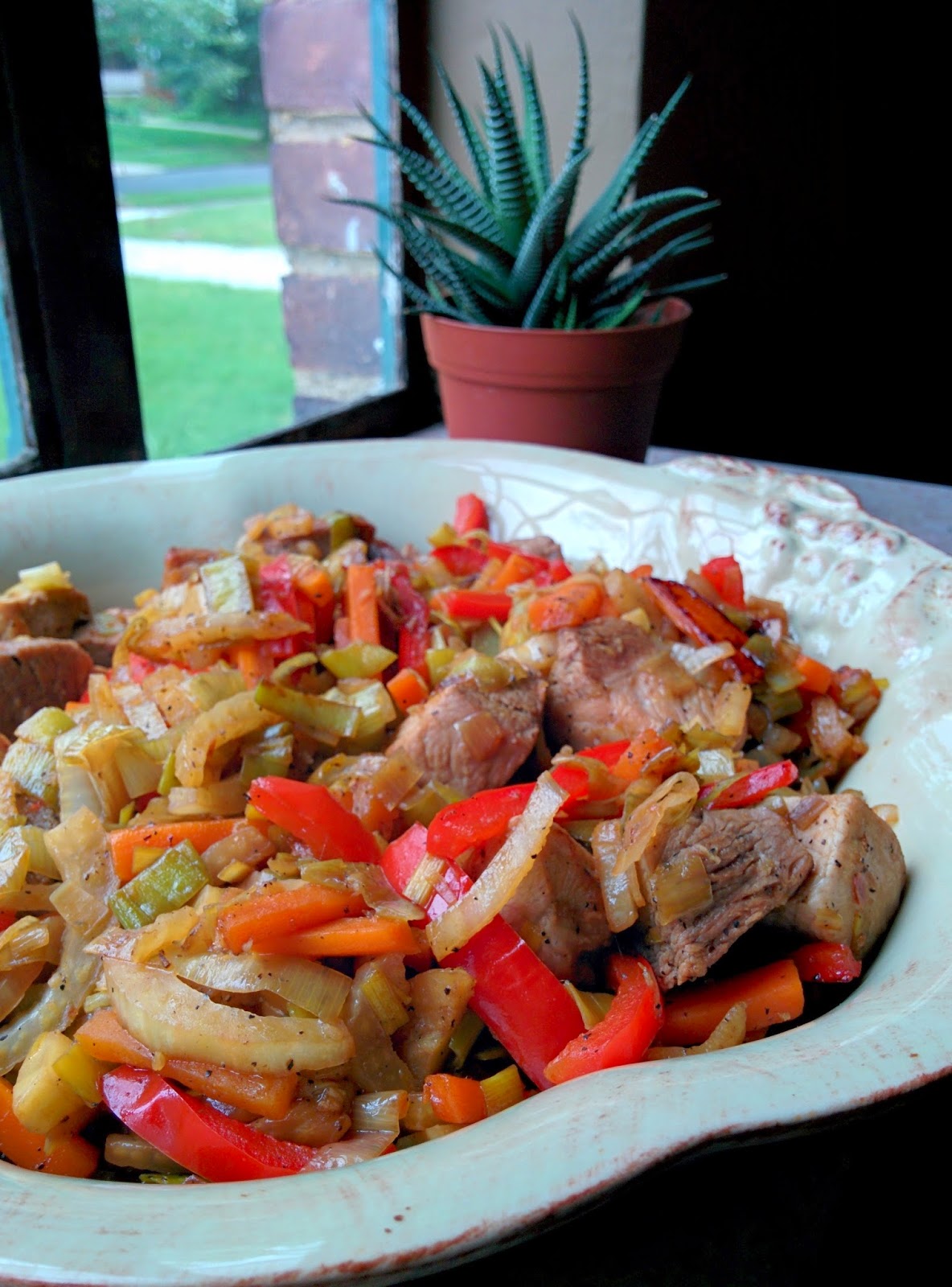 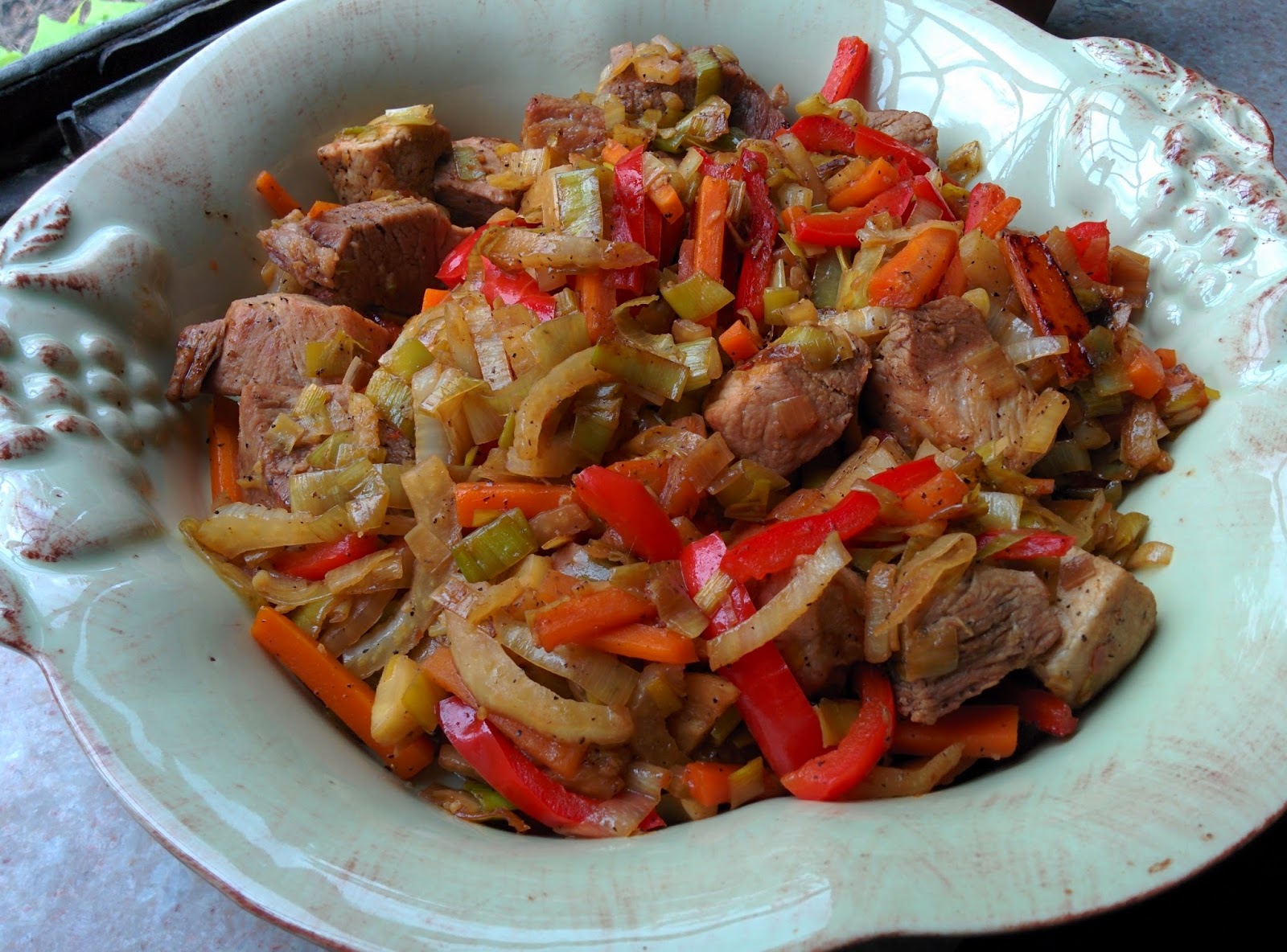 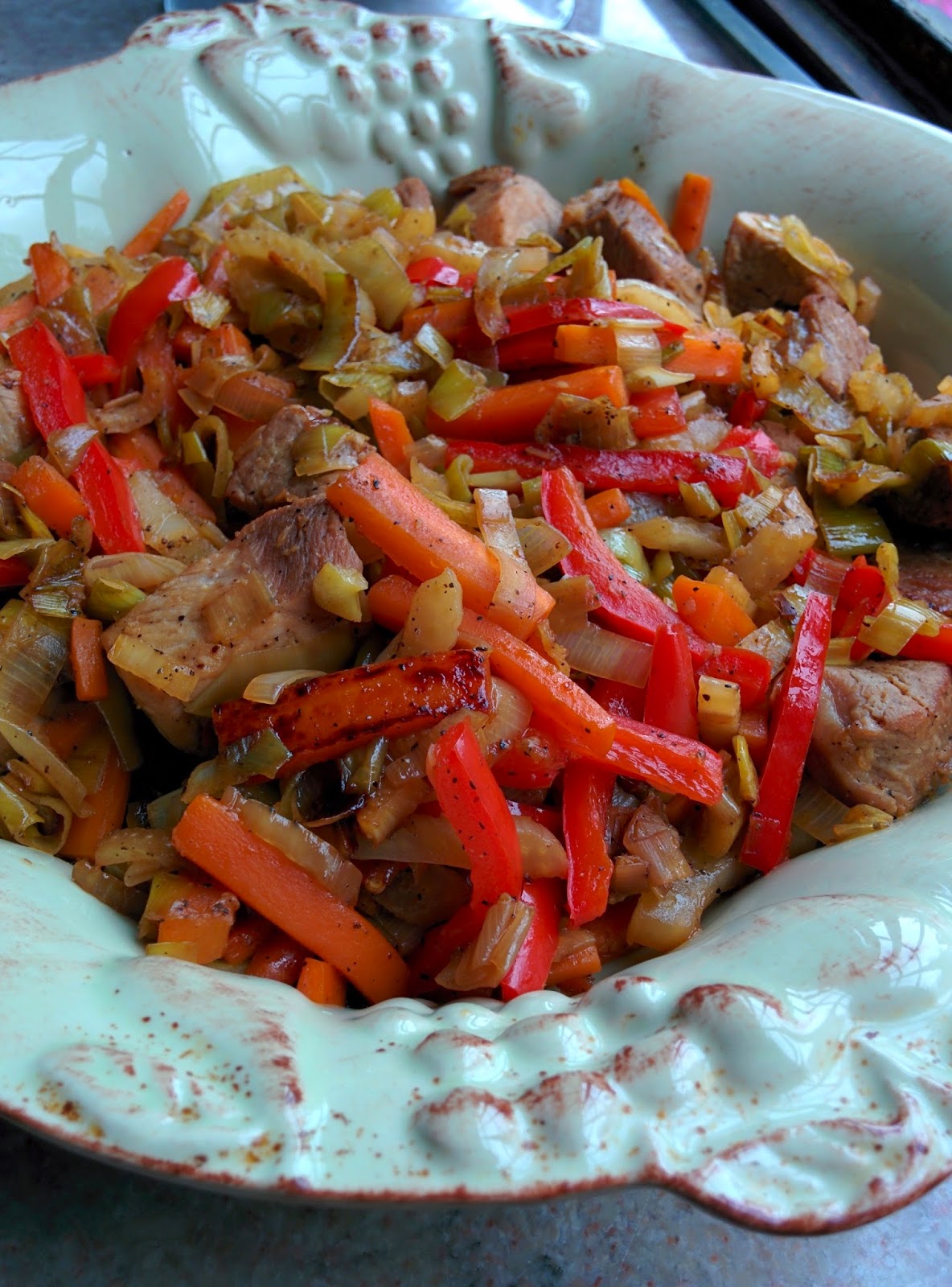 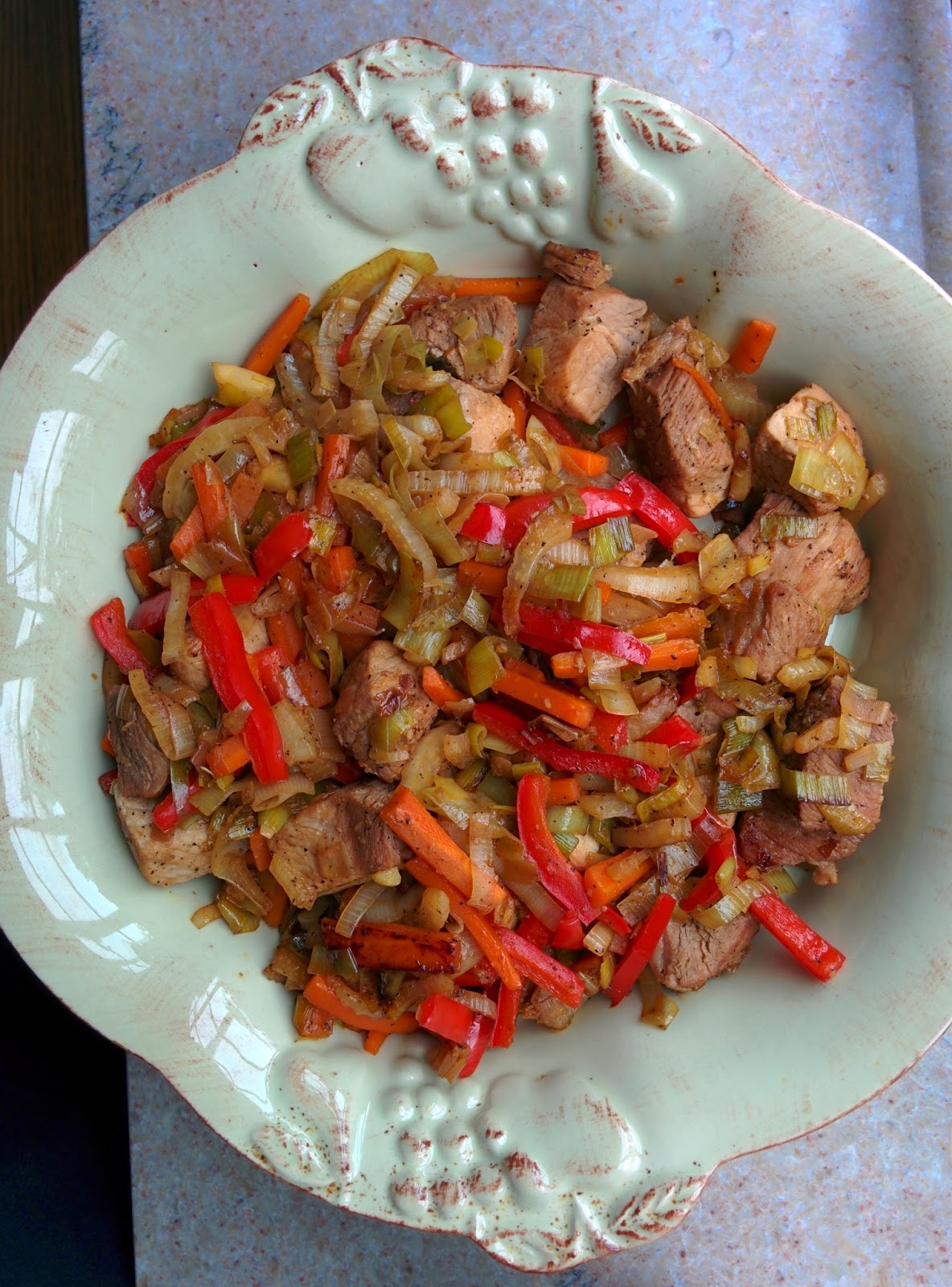 Heat 1 tablespoon of peanut oil in a wok.
Season the pork with salt, pepper and pepper flakes. Sear the pork in the wok, turning every 3 minutes or so, until browned (about 10 minutes). Remove the meat from the wok with a slotted spoon.

Add the last tablespoon of peanut oil, and the leeks, fennel, carrots and red peppers. Cook until softened and caramelized, about 10 minutes. About halfway, add ¼ teaspoon of salt, and a pinch of pepper. Crush the garlic into the wok, and cook for 1 minute stirring often. Add the pork and its juices back to the wok and mix. Immediately add the brown sugar, soy sauce and vinegar. Cook until the pork reaches a temperature of 170, stirring occasionally.