So I'm finally done with jury duty. Justice has been served (and I may add that unlike vengeance, it was seved on a hot plate), and it was finally time for me to go back to my normal life. I had a few things to catch up with. First, I needed to catch up with sleep. Man, maybe it was the stress of knowing that I had to be at the Justice Center by 8:30 am, or maybe it was the constant coffee drinking I did during the long, long waiting periods and endless testimonies, but I was waking up between 4am and 5am every morning for the last 6 days. The lack of sleep caused me to be too exhausted to carry out my every day activities outside of the courtroom. I've been slacking through my workouts through the week so I had to go back to good and efficient workouts. Finally, I haven't had a chance to meet with my friends and when I talked to them, I had to constantly make sure I would not talk about the case.
The moment the trial was over, I asked my best friend to stop by the house to catch up over dinner. It was short notice for both her and me, but I knew exactly what I wanted to make. I was going for citrus-marinated chicken thighs. I saw the recipe in Bon Appetit and I came across it again via Epicurious, so I knew it was a sign from above. It's a simple recipe, it's quick, and it's a departure from my everyday flavors, so I gave myself the green light and went for it. For this dish the chicken thighs get marinated for at least 20 minutes before cooking so I had to start with that. The marinade is prepared in the food processor, but still I sliced the scallions before hand. I know, a bit unnecessary, but whatever... I like slicing and chopping veggies anyway. I saved some of the scallions to top the dish at the end. 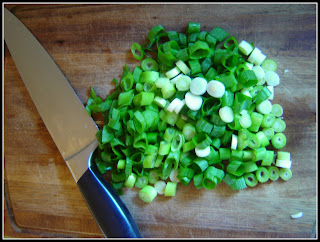 Then I used cilantro. I love cilantro, but I know that some people find it overpowering. I've learned the key is to make sure you don't use too much when you cook with it. For this recipe, I used half a bunch of it, using the leaves and just the soft stems (so just the part of the stem closest to the leaves). 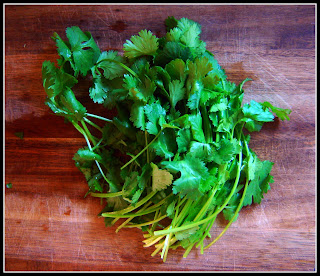 The next ingredient was garlic. Once again, I sliced it thinly even though I knew the whole thing would go to the processor. Practice is everything, isn't it? 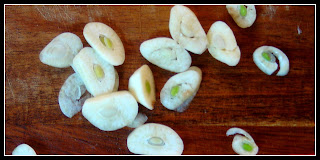 The next step is just to get a teaspoon of finely grated orange and lime zestd. Turns out this was the zest of one small orange, and the zest of a large lime. 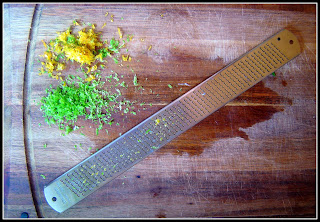 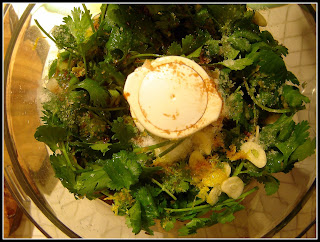 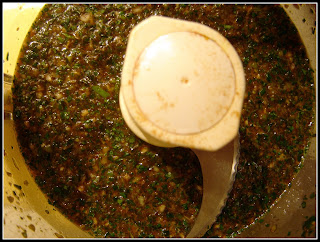 When I was ready to start the cooking, I preheated the broiler (on high) with the oven rack closest to the top. I placed the chicken on a foil-lined baking sheet, and I broiled my chicken skin down for 5 minutes, flipped them, and broiled for an additional 15 minutes. That was it. 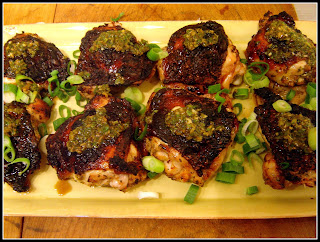 At first, I was afraid that the skin was burnt, but it wasn't. After giving it a try, I realized the chicken was delicious. The flavors of the marinade really went deep into the meat. The texture was perfect, and the thighs were still juicy. We paired it with some quinoa, and had a pumkin ale. What else could we have asked for? The rest was up to us to catch up and to have some fun.


On the road shortcut 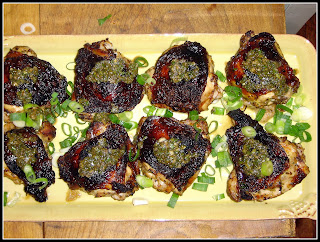