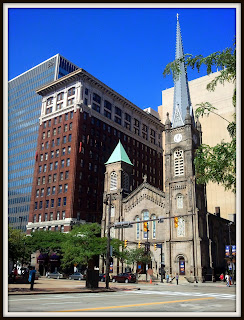 This is a highly unusual post for my blog, but bear with me. It has been a crazy week. For the most part, I've been on jury duty. I've learned a lot this week from the experience, as well as from people's reaction to the summoning. Reactions from my peers ranged from "oh, that sucks" to "at least you are an American citizen". I was especially surprised by that later reaction, but I do forget there are plenty of people who really struggle to get a chance at the American dream. Anyway... Beyond the actual case and its circumstances, I'm amazed at the fascinating conversations we get into to keep us from going insane during the usual waiting periods. I wasn’t warned there was so much waiting involved in the process. I've seen Legally Blonde many times, and Drop Dead Diva every season, and from neither did I get the sense that the jurors had so much waiting to do. 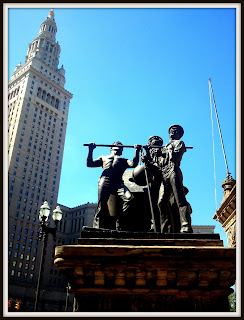 The good thing has been that during the lunch breaks I've had a chance to explore the secret life of the city. My everyday life revolves around the city limits and the suburbs and I never really get to experience Downtown Cleveland during the weekdays. There is so much life, but it's not the craziness I had imagined. Here the laid-back lifestyle of the suburbs, of the Midwest and of the Rust Belt as a whole triumphs over the laws of the business districts. It's kind of fun to see the joggers, the guys in suits riding their bikes, the tourists (yes, there are tourists...) and the never ending array of restaurants and food trucks feeding the hardworking Clevelanders, all of them survivors to the disappointments brought by their beloved sport teams losing another game. Clevelanders bring the city back to life, and restore our capacity to visit the once forsaken city, full of beautiful buildings that remind of the city's rustier days. 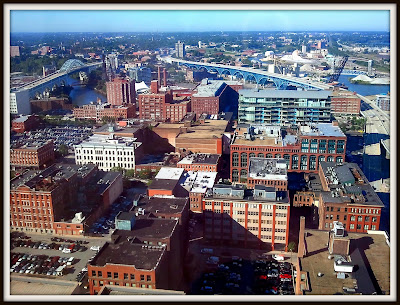 As I was going home after jury duty, I realized I had to actually go to the supermarket to buy groceries since I wasn't able to do it during the weekend. As I was leaving the supermarket's parking lot this woman started waiving at me like crazy. I thought she had a kid or a dog small enough I couldn't see from the rearview and I was going to run over while backing up. She didn't, but she was almost crying, so I rolled down my windows to see if she needed help or something. She started telling me about how hungry her kids were, and she asked me if I could pay for some meat for her to cook for her children. Maybe I've been affected by the whole jury duty experience, but I decided that I wanted to help her. Turns out she wanted meat from a deal that was like 5 family packs of chicken wings for $21. For some reason, I said it was ok. So she goes on to ask if it was OK for her to get some snack for her since she was hungry too. I thought, what the hell, she probably wants some chips or something. But no... She wanted steaks, $20 worth of steaks. I was like, what the hell? I said: "No, Lady. You won't get anything from me." I left and never looked back. Go and try to fool someone else. 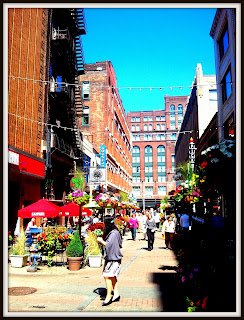 I needed a drink after that, and I knew exactly what to have. During the weekend we hosted a farewell party for one of our dear friends who is saying goodbye to Cleveland, and embarking in a new life in her beloved Austria. Because of my time commitment to jury duty, I did not cook a single thing. I didn't even slice bread. All I did was to prepare the nights martinis; nothing fancy, but I wanted to serve vodka martinis that were easy to make in bulk because I lack the speed of a bartender (plus I knew I wasn't getting tipped). I reasoned that the easiest way to handle the orders would be to serve highly related recipes to minimize the liquors I would have to stock on, and pre-mix them so I would just have to shake or serve them when the guests wanted them. I went for a traditional vodka martini from drinksmixer.com, a dollar martini, and a French martini, both courtesy of foodnetwork.com. I didn't really have Chambord, so I modified the recipe and used Crème de Cassis instead, so I changed the raspberry liqueur for a blackcurrant liqueur. It worked really well. In fact, they all turned out nicely, they were very easy to expedite and they kept us from crying and sobbing all night. Needless to say, I was happy about it. I had some drink mix left so I went for them and after a few minutes, I forgot about the meat-greedy woman, and I was able to relax and actually plan all the cooking I'll be doing for you (but I'll be eating). I'll be back really soon with food, but in the meantime, take a look at the drinks and hopefully, you'll get to enjoy one.

Check bellow for the recipes!

On the road shortcuts

(As described by the original sources, with minor notations from me.) 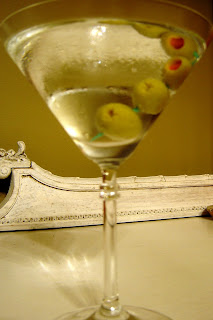 Shake vodka and vermouth together with several ice cubes in a shaker. Strain into a cocktail glass, garnish with an olive and serve. 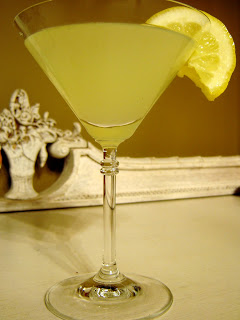 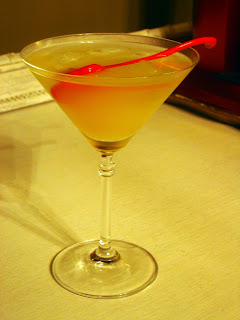 Combine the ingredients in a cocktail shaker. Fill a martini glass with ice and pour the cocktail over the ice.