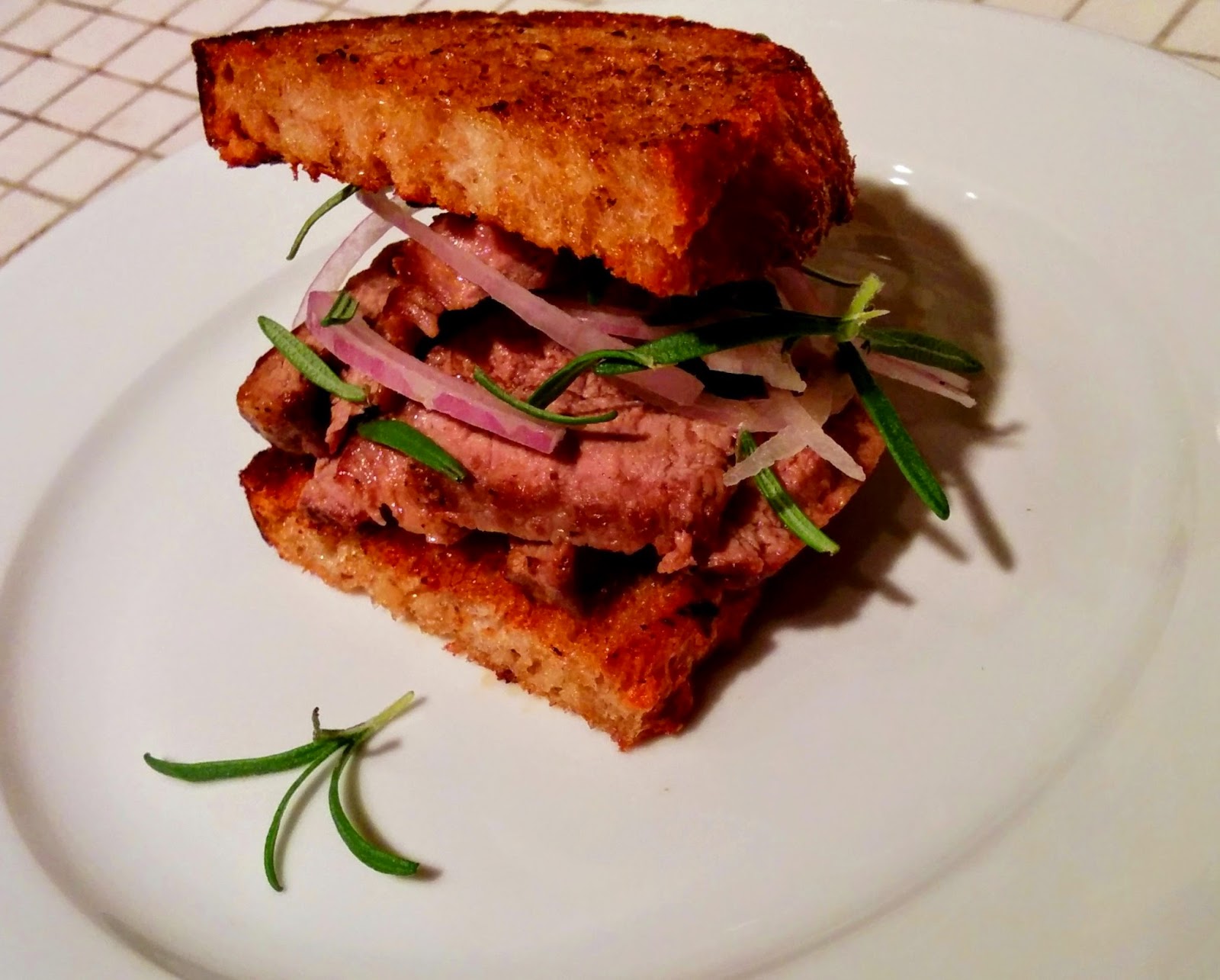 It’s really hard for me to share my thoughts on sandwiches without sounding snobby, so I will keep it short and sweet. I love eating them for breakfast or lunch, but I’m not a fan of having them for dinner. Done. However, I did have a sandwich for dinner last week because I was cooking for one, and I was too overworked to deal with washing all the dishes, prep bowls and utensils I use in everyday cooking. I know I don’t have to use so many of them, but I do it anyway. You should see my pile of “tasting spoons”, lol.


I had bought 2 slices of lamb rack that were beautiful and I knew they would be perfect for my sandwich. I seasoned them with just salt and pepper, and I seared them in oil for a couple of minutes per side. Then I added some butter on top, and transferred them to the broiler. That was all I did to them. Simple, right? 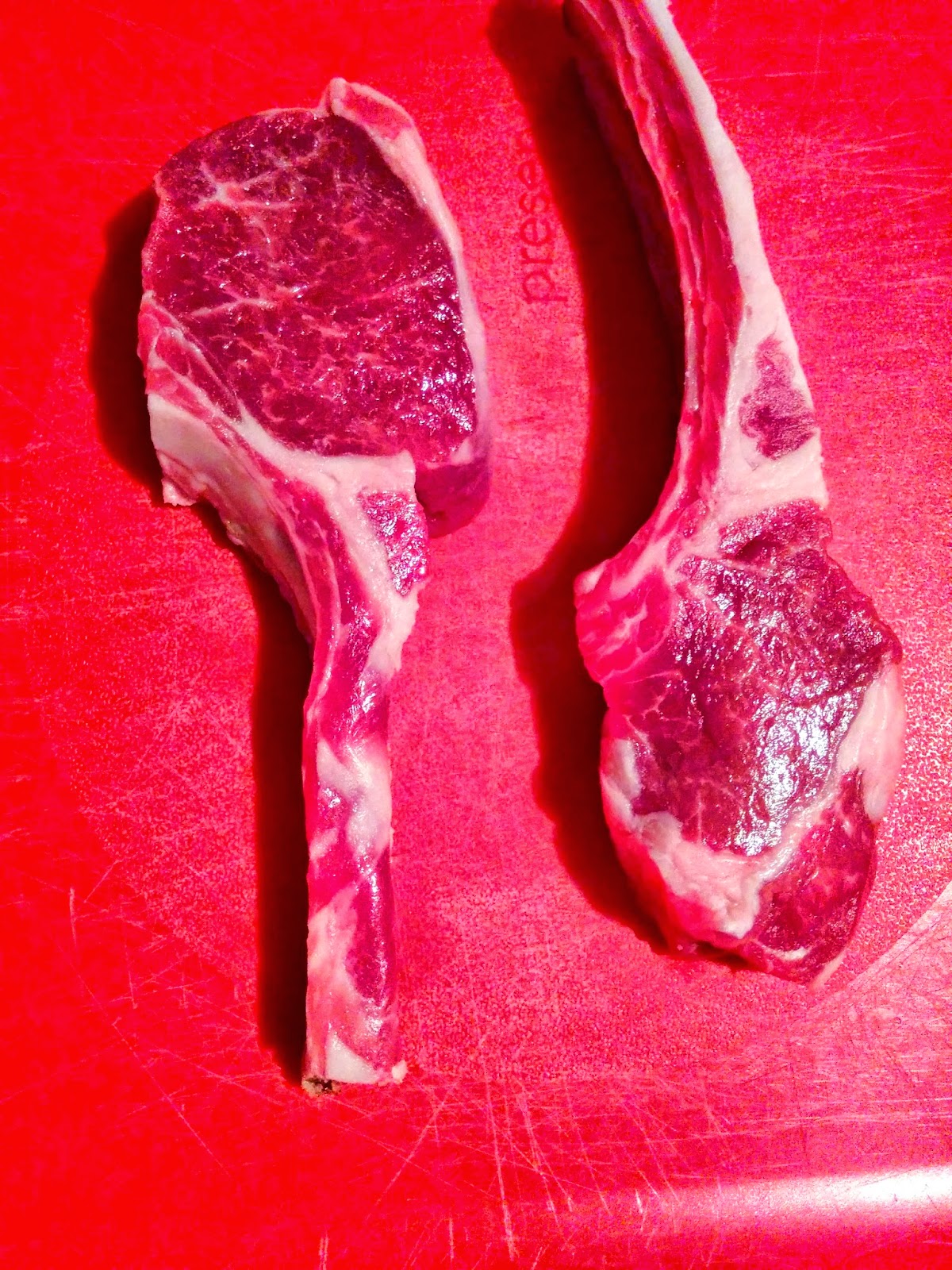 While the lamb was in the oven, I worked on my toppings. I wasn’t too excited about having cheese on my sandwich (gasp!). I wanted it to be all about the lamb. I sliced a little bit of red onion very thinly, and I got some fresh rosemary from the garden. And by garden I mean a pot with rosemary. 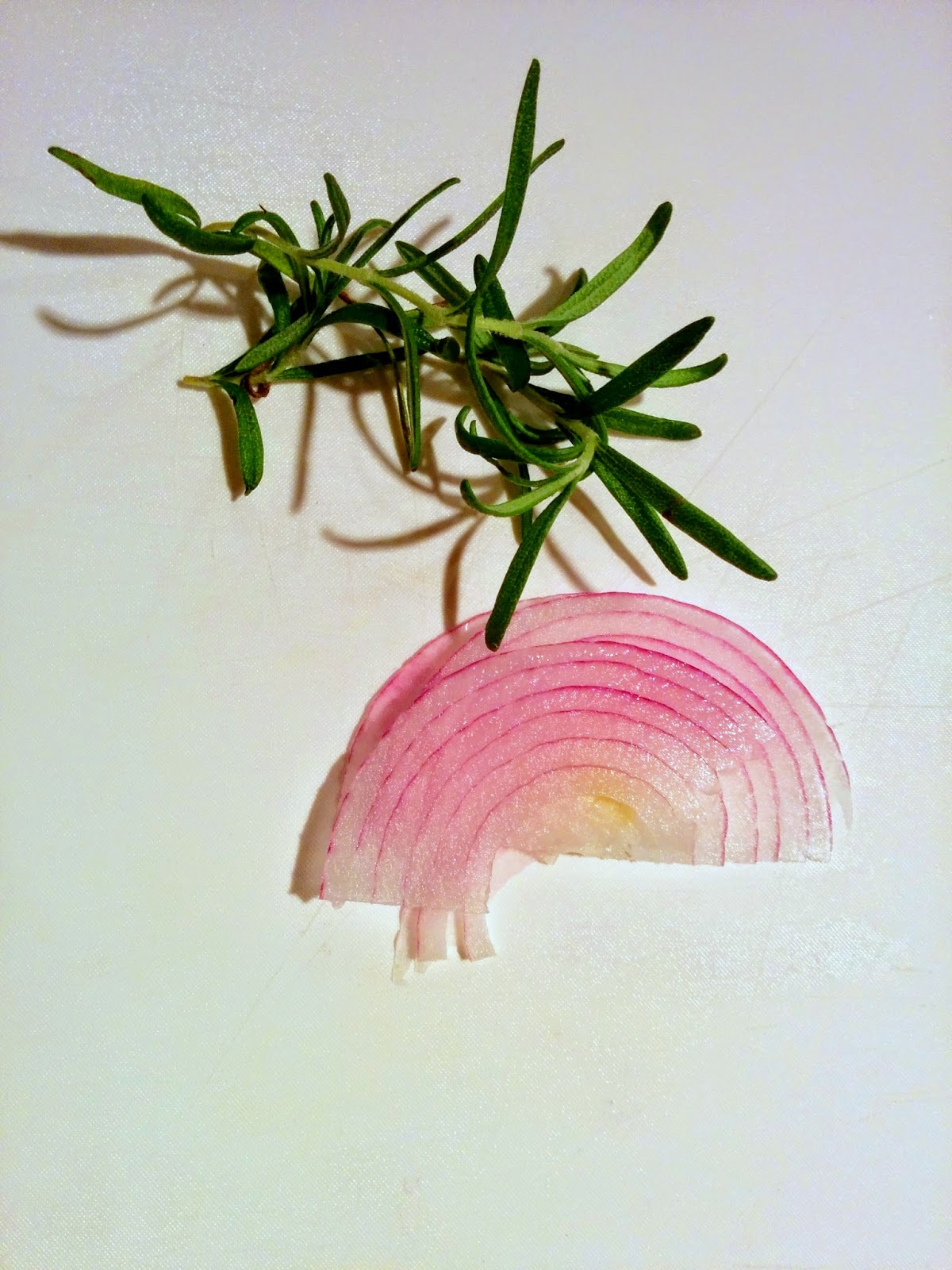 After 6 minutes, my lamb was perfectly cooked, so I removed it from the broiler and set in on a cutting board to rest. Now it was time to work some magic. I dipped my whole wheat bread in the juices from the pan (gasp!), set it on a large iron skillet and put it under the broiler to toast it. The cool thing is that the toast kept all the flavor of the juices, but the oils ran down the pan! 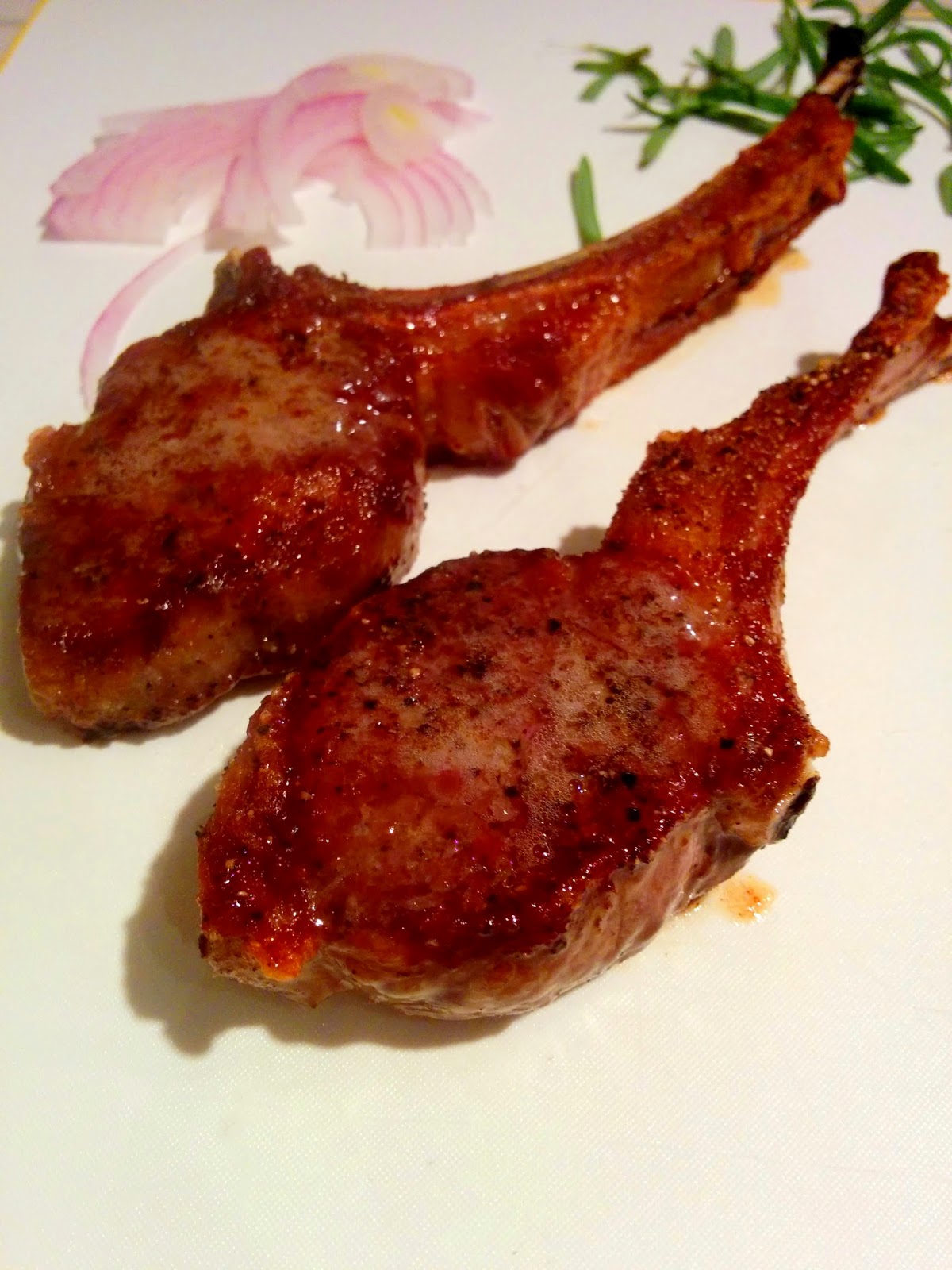 Then I just sliced the meat, and I assembled my sandwich. That was it. I had a nice, lamb rack sandwich that took under 15 minutes to make!!! It was a simple, delicious dinner. Sadly I worked myself to sleep afterwards… but that’s life sometimes. 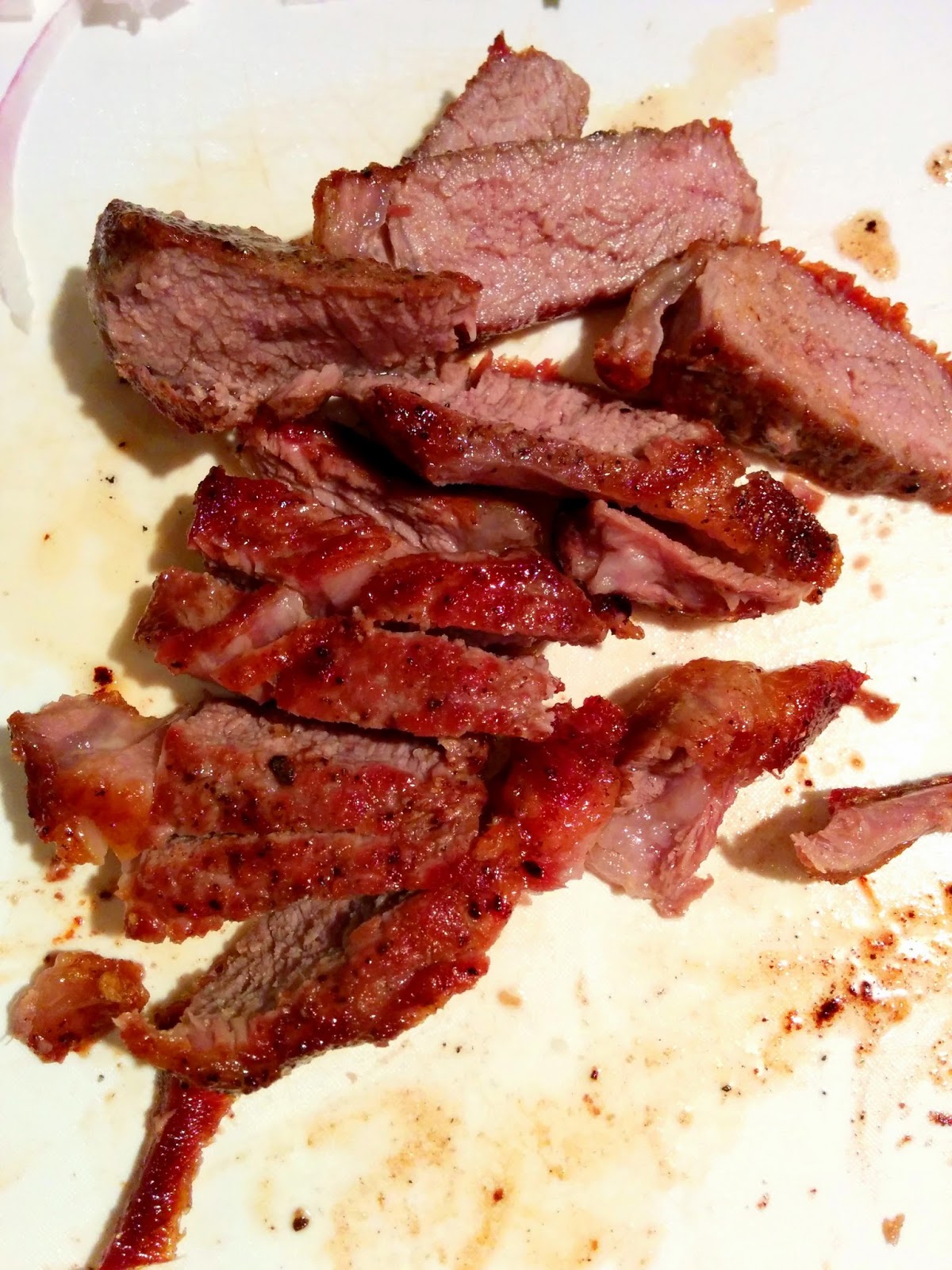 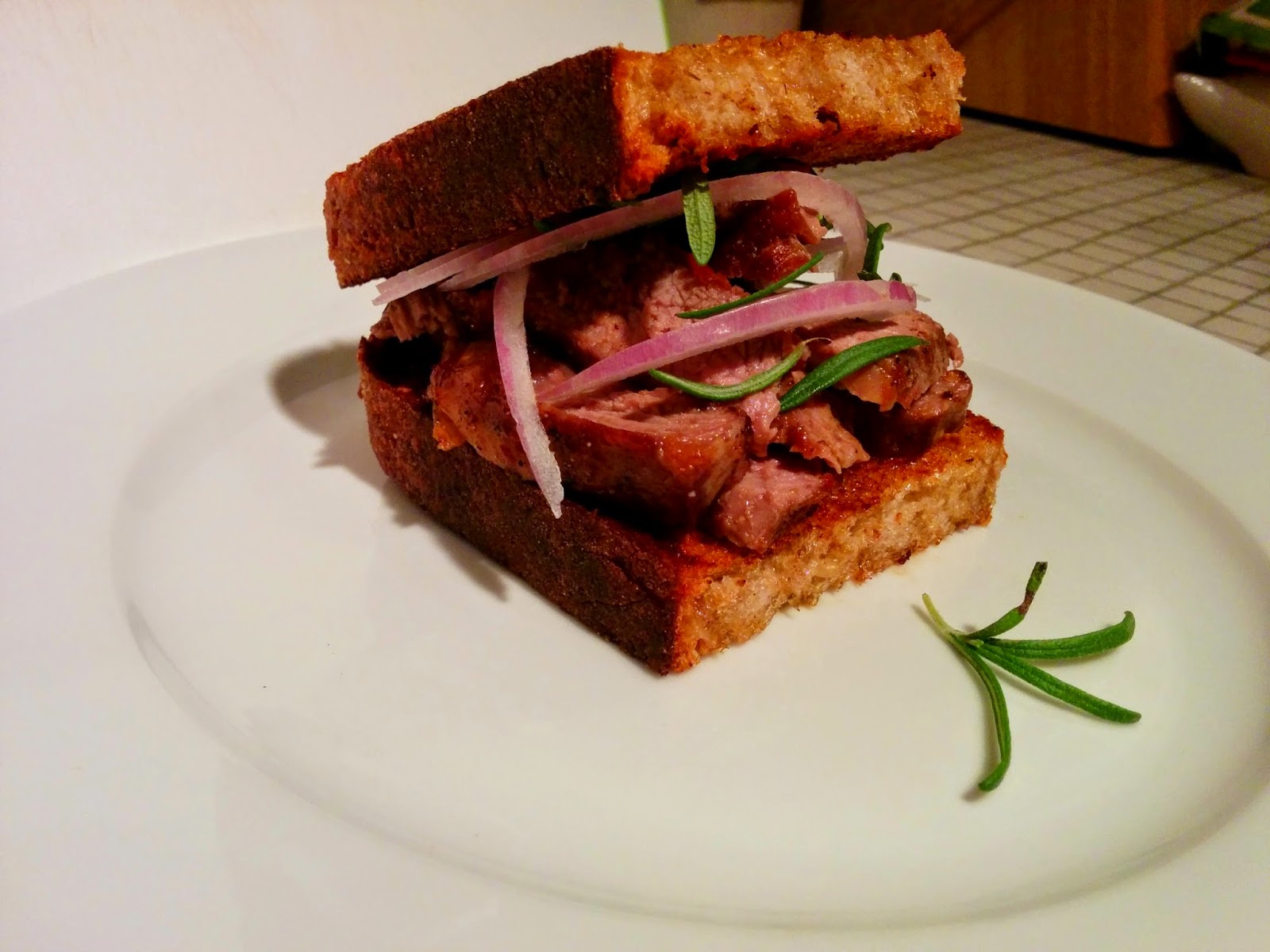 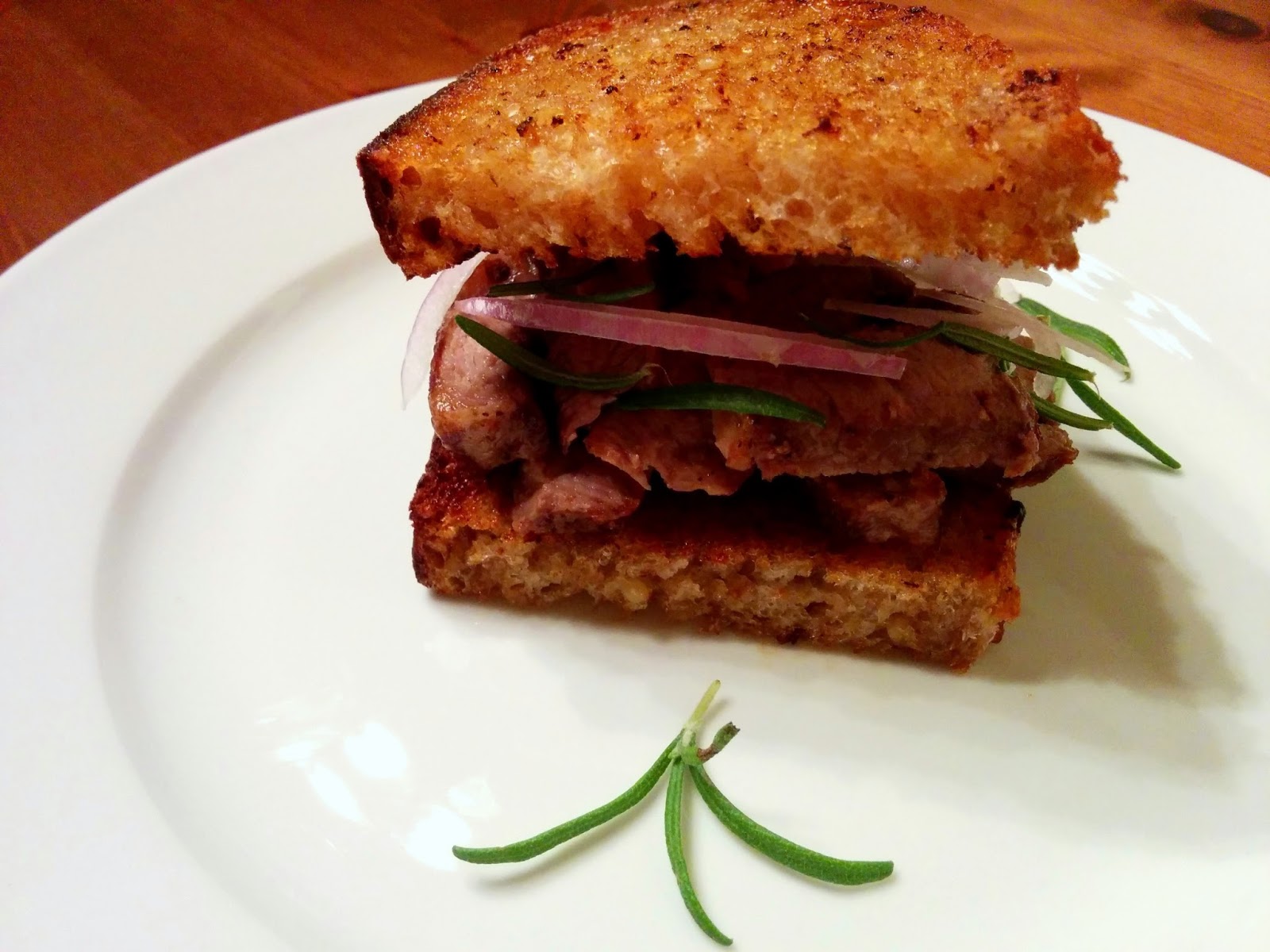 Start the broiler.
Season the lamb rack with salt and pepper. Sear them in oil for a couple of minutes per side on an iron skillet. Then place the butter on the meat (dividing it between the two pieces of lamb) and transfer it to the boiler. Cook for 6 minutes or until it reaches the desired temperature (I went for 140F). Remove the lamb from the skillet and let it rest at least 5 minutes.

Dip the whole wheat bread in the juices from the skillet, about a second per side. Set it in a clean, large iron skillet and put it under the broiler until it’s toasted (about 3-4 minutes).

Slice the meat, and assemble the sandwich using the meat and toppings (onion and rosemary).
Posted by Angel at 12:05 PM