Last weekend, I attended the Transylvanian festival in the Gordon Square / Detroit-Shoreway neighborhood of Cleveland. It's a small one-day festival hosted by the Romanian - Catholic (Greek Catholic) Saint Helen's parish. As far as I know, this is the second installment of this fest; still, all-things Romania can be found at the much larger Romanian festival celebrated every August at Saint Mary's Orthodox Cathedral (Cleveland). You can tell this is a relatively new event, as they are still working on the logistics of promoting it. It has an amazing location, yet an almost impossible-to-read banner was their only non-mouth-to-mouth ad. 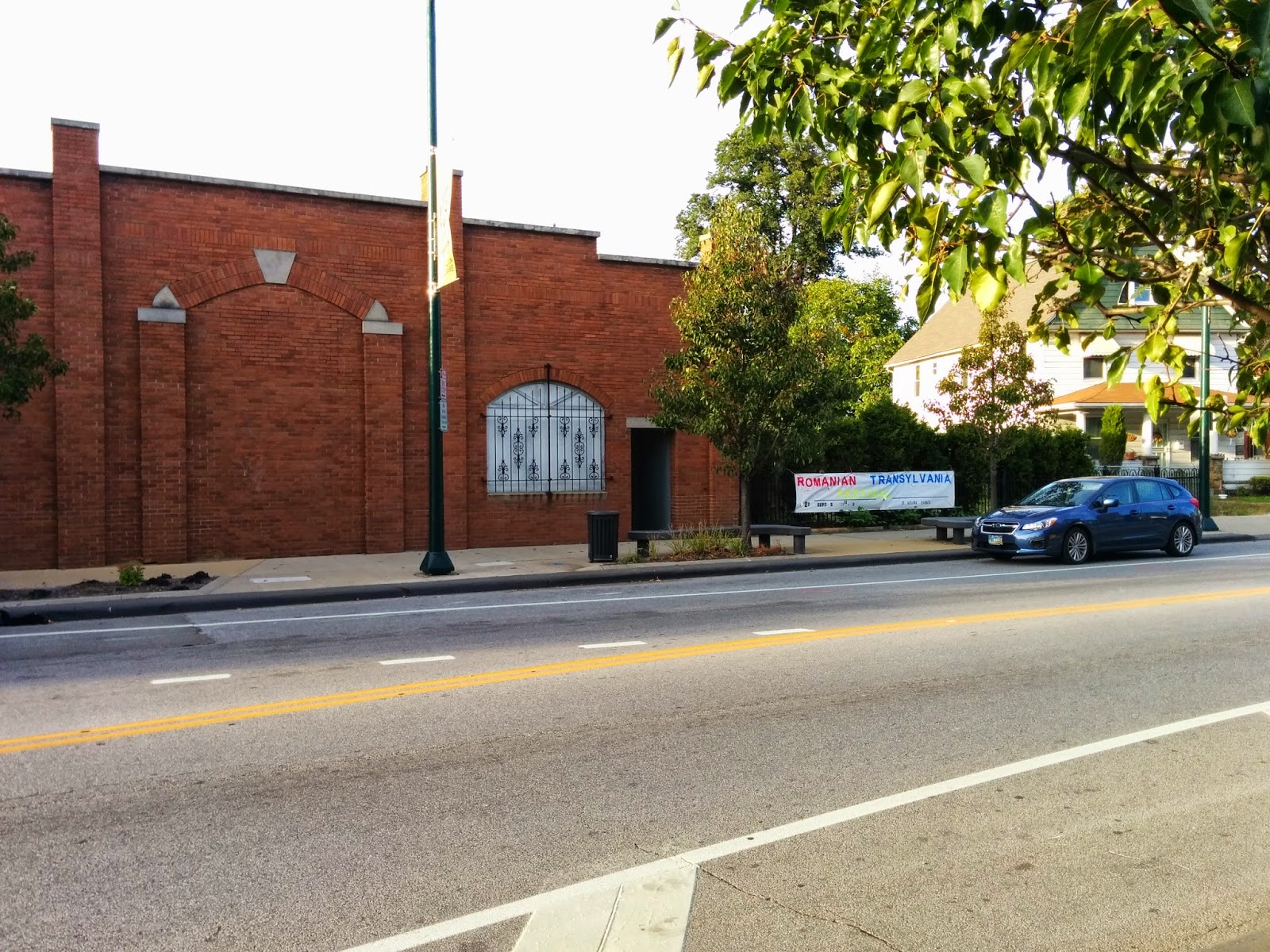 Still, a bad sign was not going to stop me from getting some good food. I made it to the festival, and by virtue of a higher power I made it there on time. Actually, I was there early, too early; so early that they were not serving food yet. 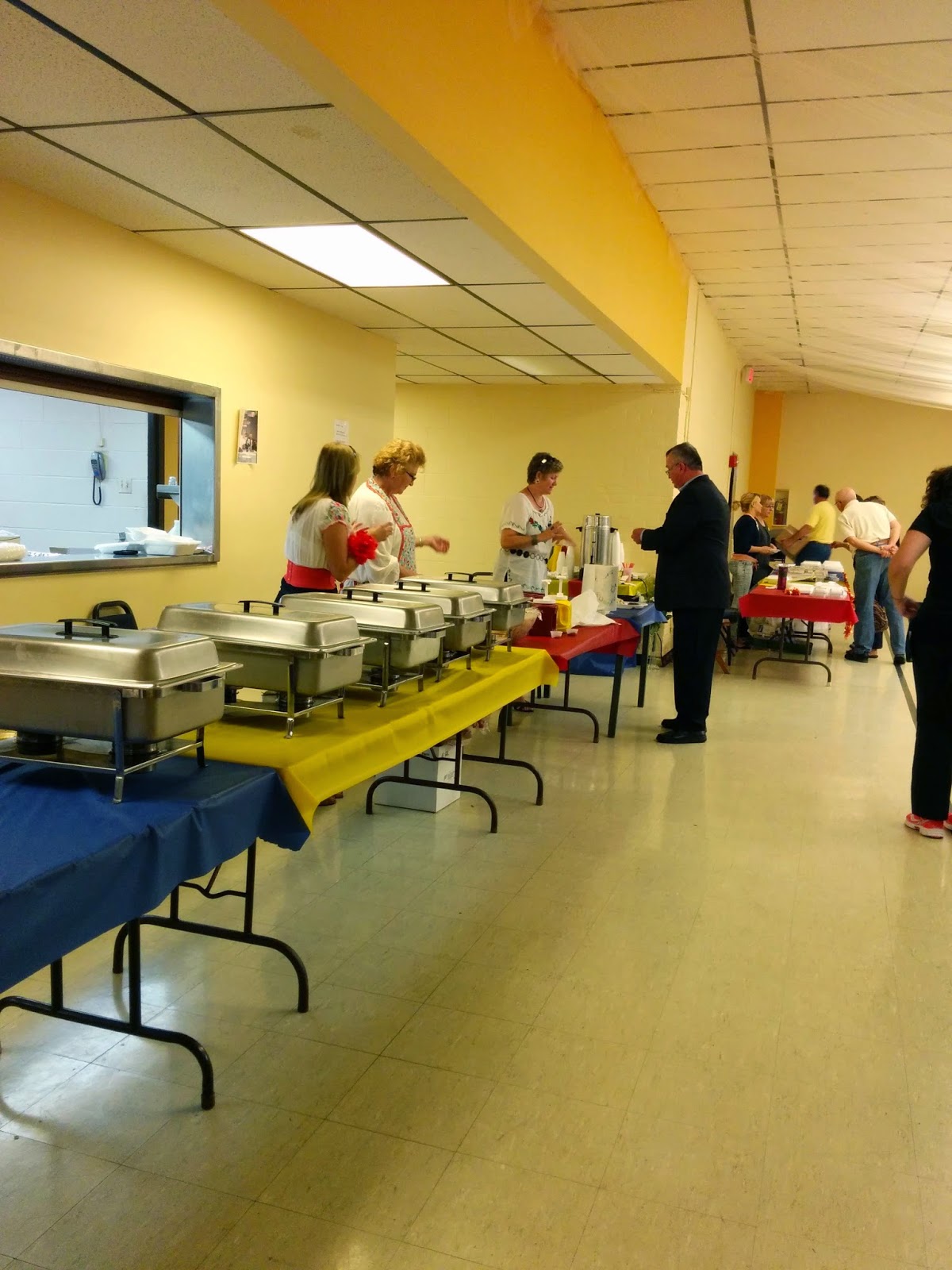 In fact, most of the people were at a nearby location competing on the festival's soccer tournament. So I agreed to leave, to walk around the neighborhood and to come back a bit later, because I was not willing to leave without eating. But I was not willing to wait too much longer either; there was an intense roasted pork smell that would not let me stay away for too long. The smell reminded me of the Puerto Rican lechoneras -A.K.A the Disneyland for pork lovers, and that was one ride I was ready to go on. 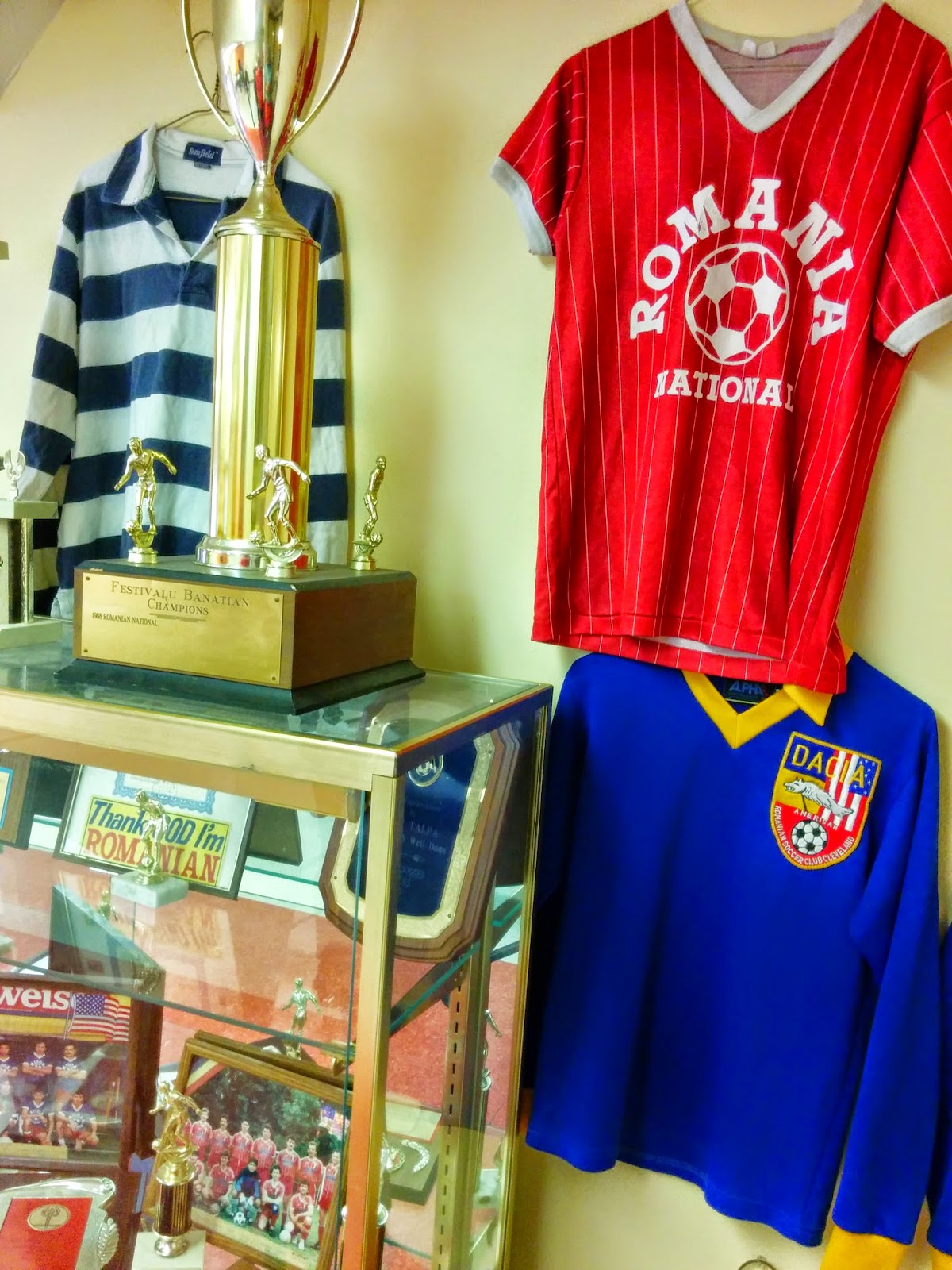 I went to one of my favorite coffee shops, but their coffee wasn't enough to keep my mind off the pork smell; after all, the entire block was saturated with its delicious scent. But I had to keep my mind busy, so I turned to my phone for solace. As I googled the history of the church, I came across a reference that suggested that both Saint Helen and Saint Mary's Orthodox Cathedral were originally built in the same neighborhood, because that used to be the center of the Romanian community. Since then Saint Mary had moved to their current location. So as a distraction from the wait and the pork smell, I set up to discover where was it that the other church used to be. My investigation was cut short though; it turns out the old St. Mary's was literally across the street from the Saint Helen. And then my mind was fixed on the pork again. 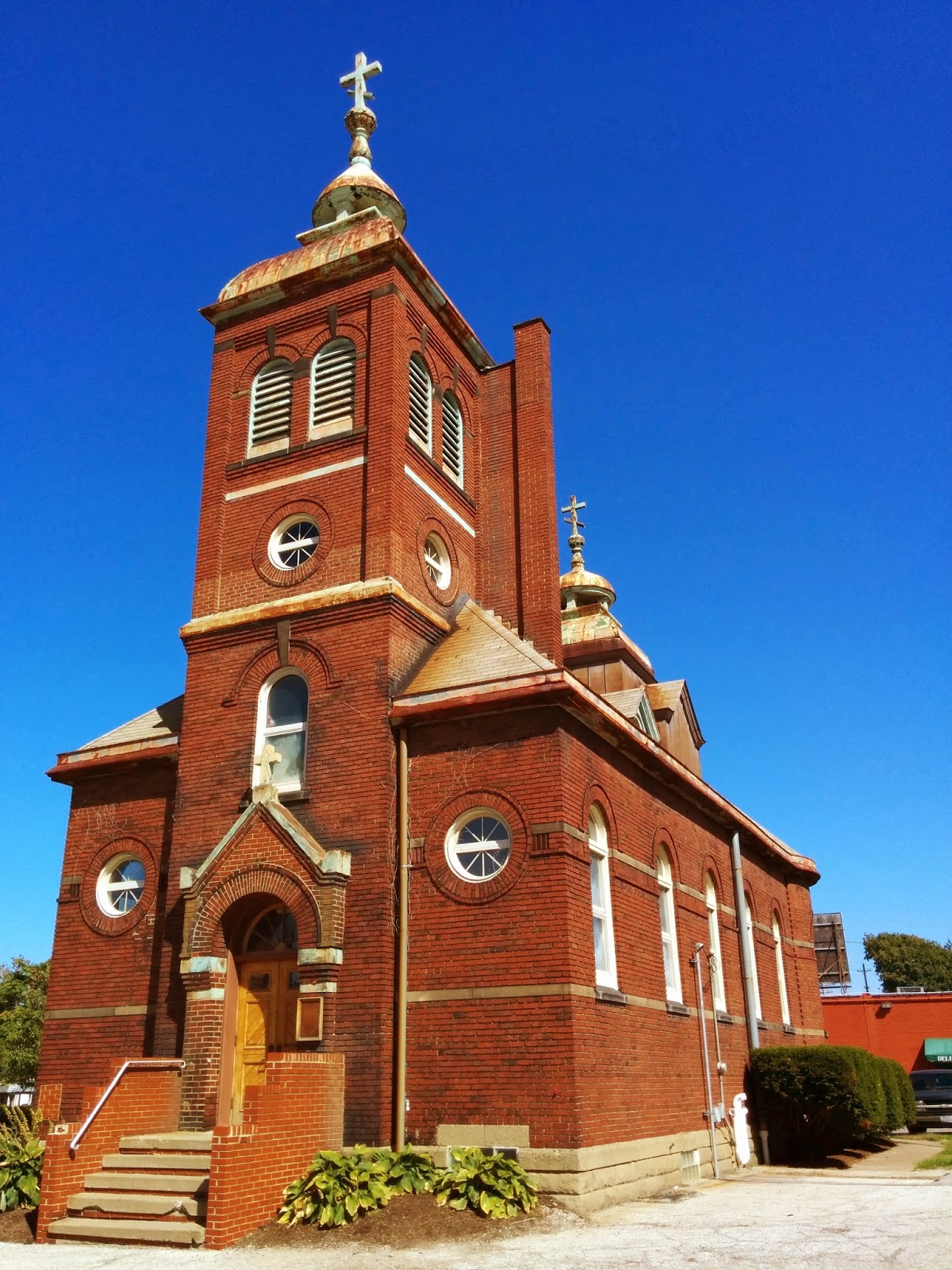 The tournament was over, so I made it back to the festival. First, I had to get a drink. They had a house wine (presumably homemade) that I was really curious to try. However, I saw they had Timisoreana, the crisp pilsner I love having every time I go to the Romanian festival. I can't believe I did this, but I chose the beer over wine. It's that good. 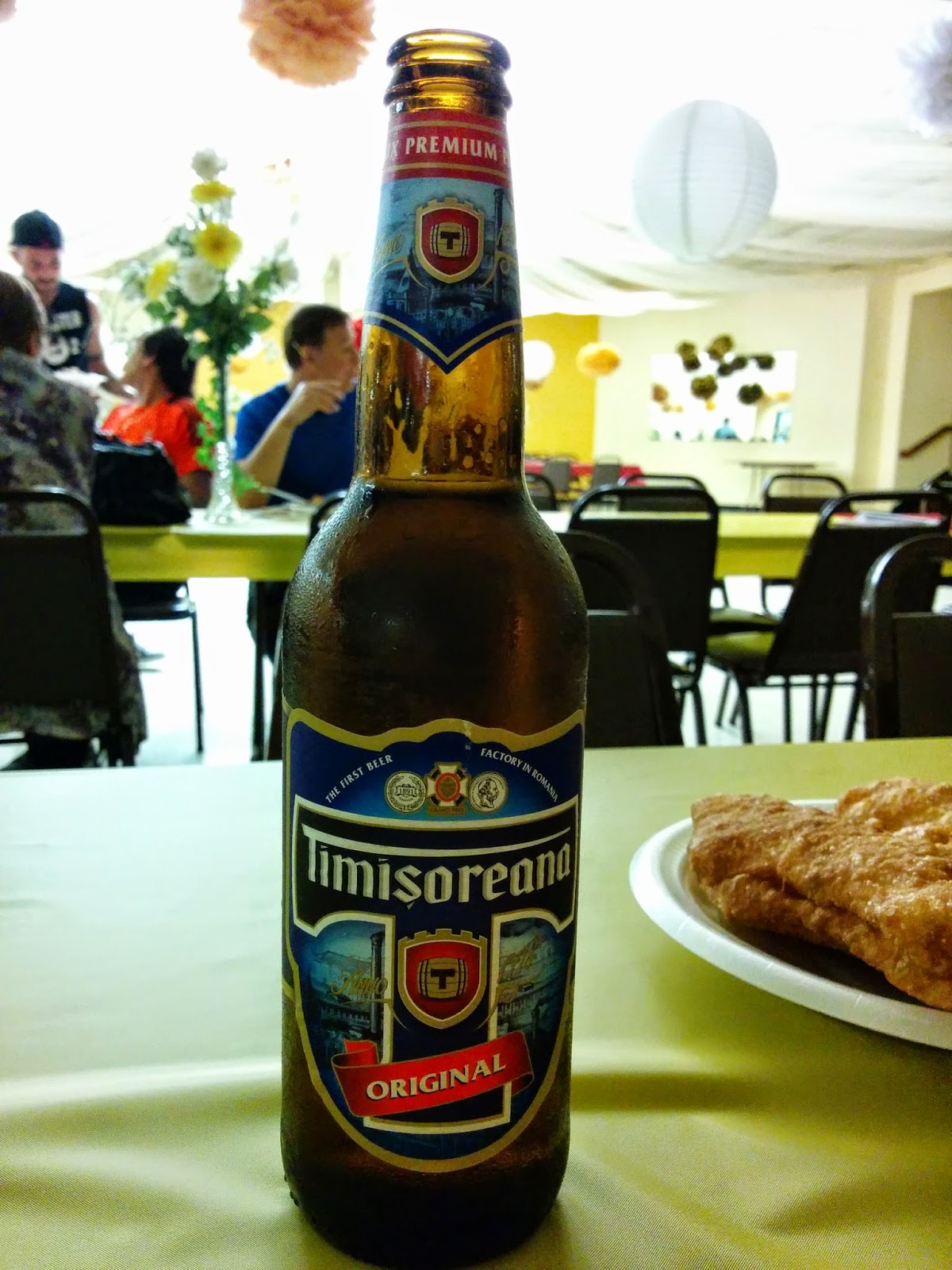 Then I went for the food, which was being served cafeteria style. But as I was walking down the line I kept rejecting the foods I was been offered. I was starving, but I wanted to save it all for that delicious pork I've been smelling for a while now. When I asked for the pork though, I was informed that the pork was to be served at 4pm and it was barely 2 then! I was too early, again! So I went ahead, and got some of the 2pm items instead; I was not about to give up. I got stuffed cabbage, which they make meaty at this church (thank you Jesus!), and I had their potato salad, which was surprisingly light. My plate seemed too empty, though, so I added a smoked sausage, and a chicken breast (because one has to keep up with the diet, after all). 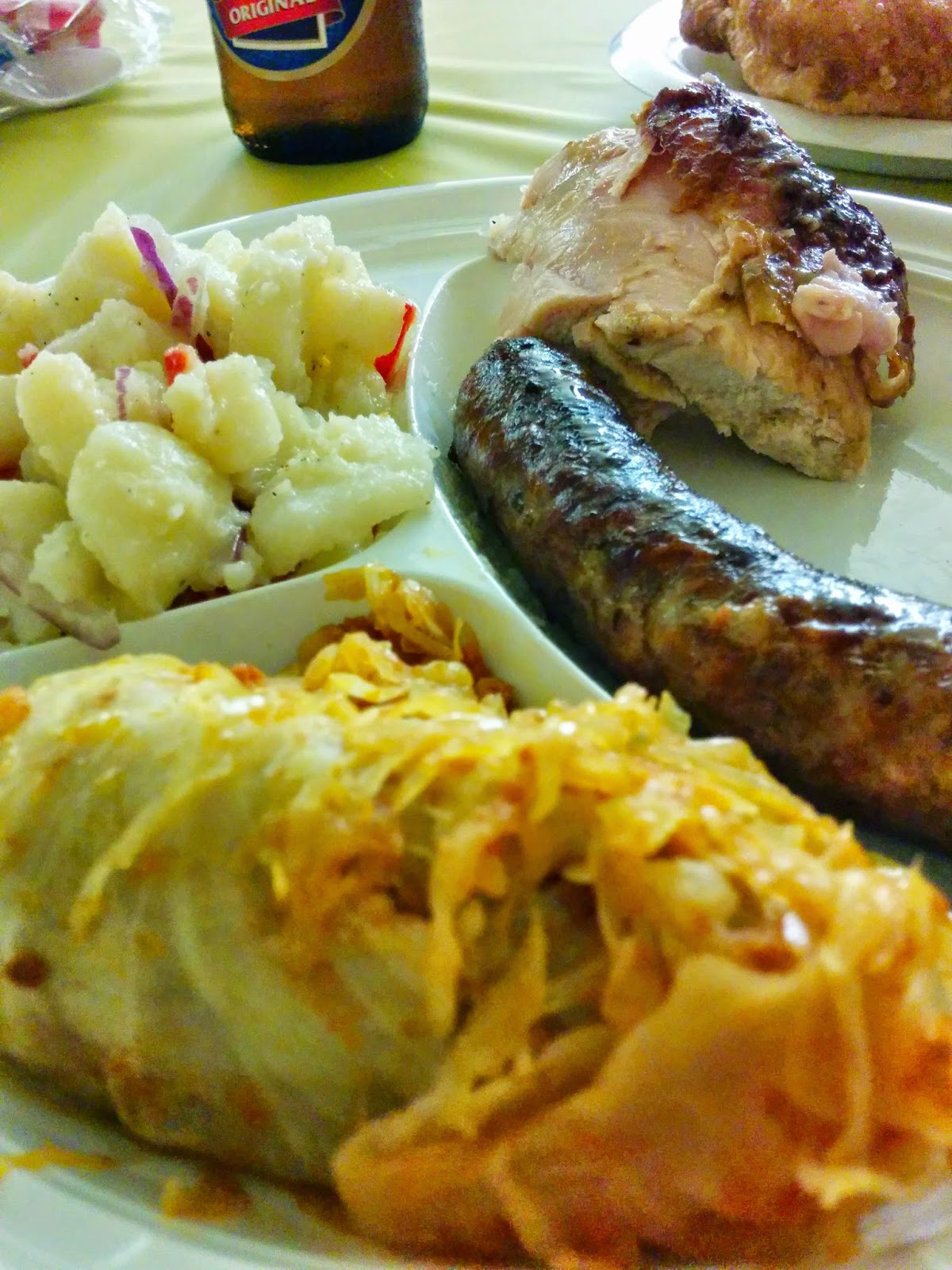 There was a huge dessert table but I ignored it completely. As a "dessert" I had an elephant ear, filled with cheese. I found the cheese filling to be a bit too salty for my taste, and I felt like some powdered sugar was in order, yet not present. However, my own private connoisseur of Transylvanian cuisine said it tasted authentic, and even great. I mean, it was still pretty neat, and I did eat my share of it… 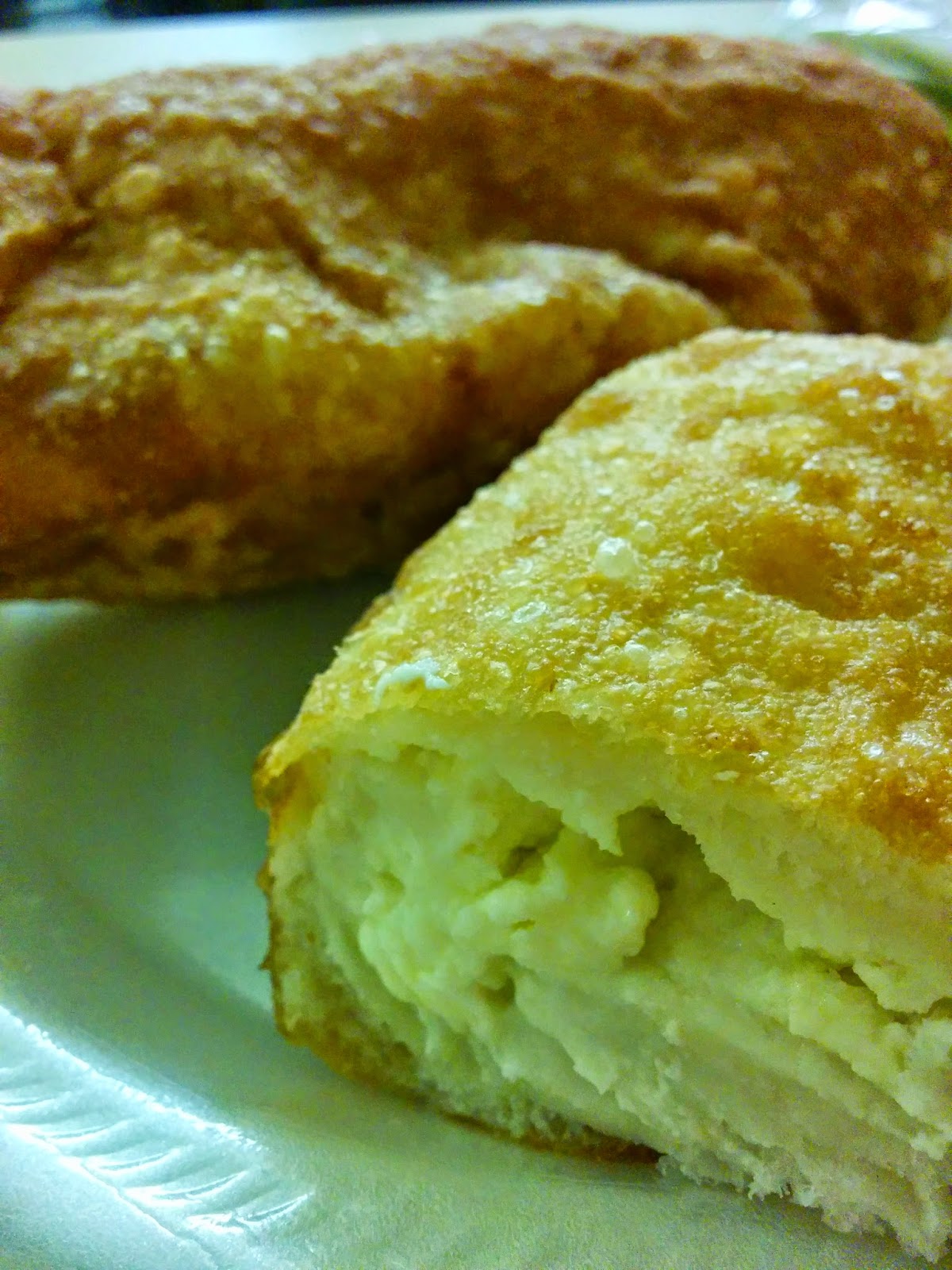 And with that I wrapped it up, as I wait for the next festival to get some more of these goodies! 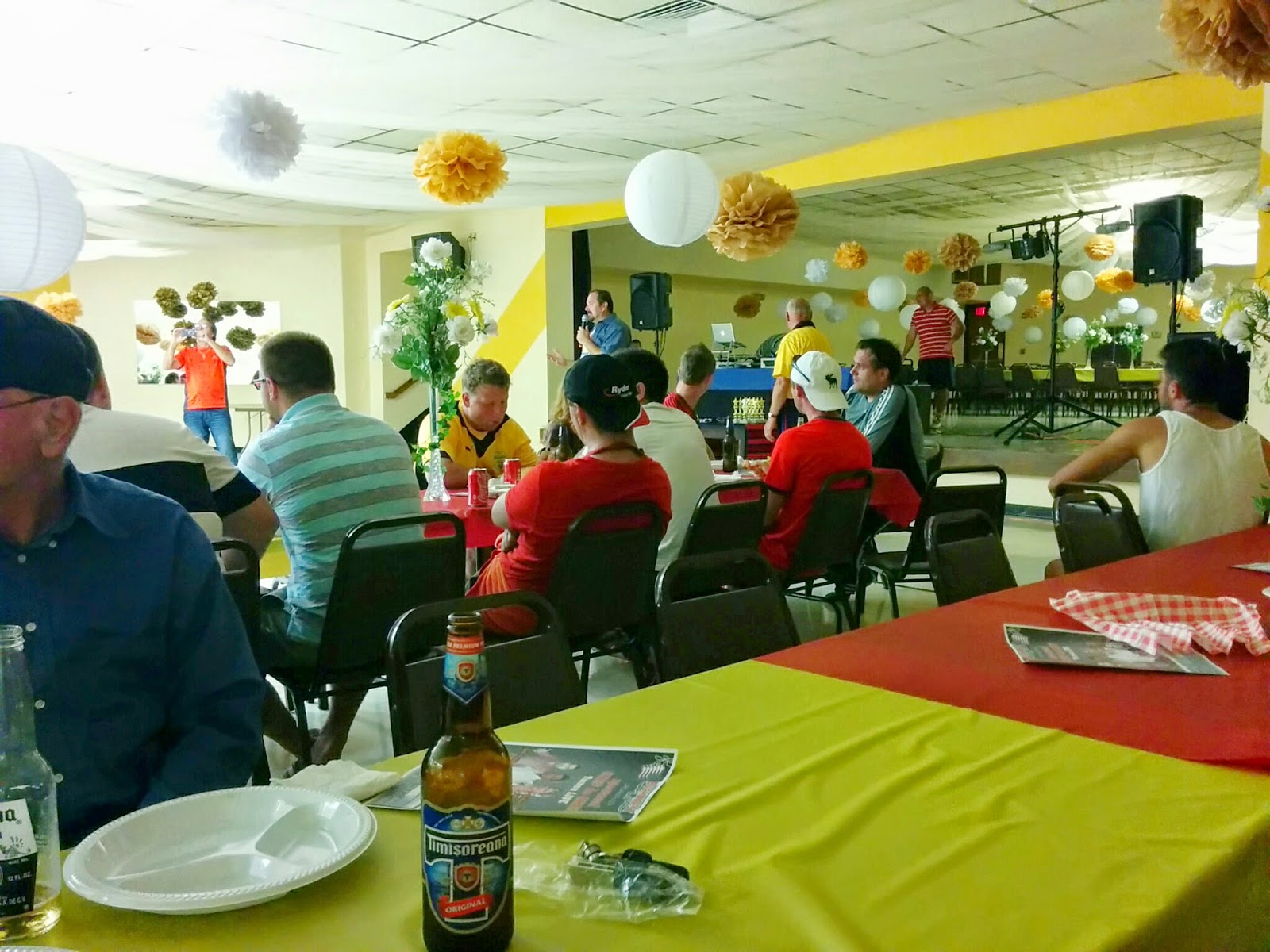 There is no food recipe associated with this post. My hectic schedule has prevented me from doing so.  I'd like to dedicate this post to the memory of my friend Mike. His love for the outdoors and for bicycling has inspired me for years. He will be missed.
Posted by Angel at 3:42 PM