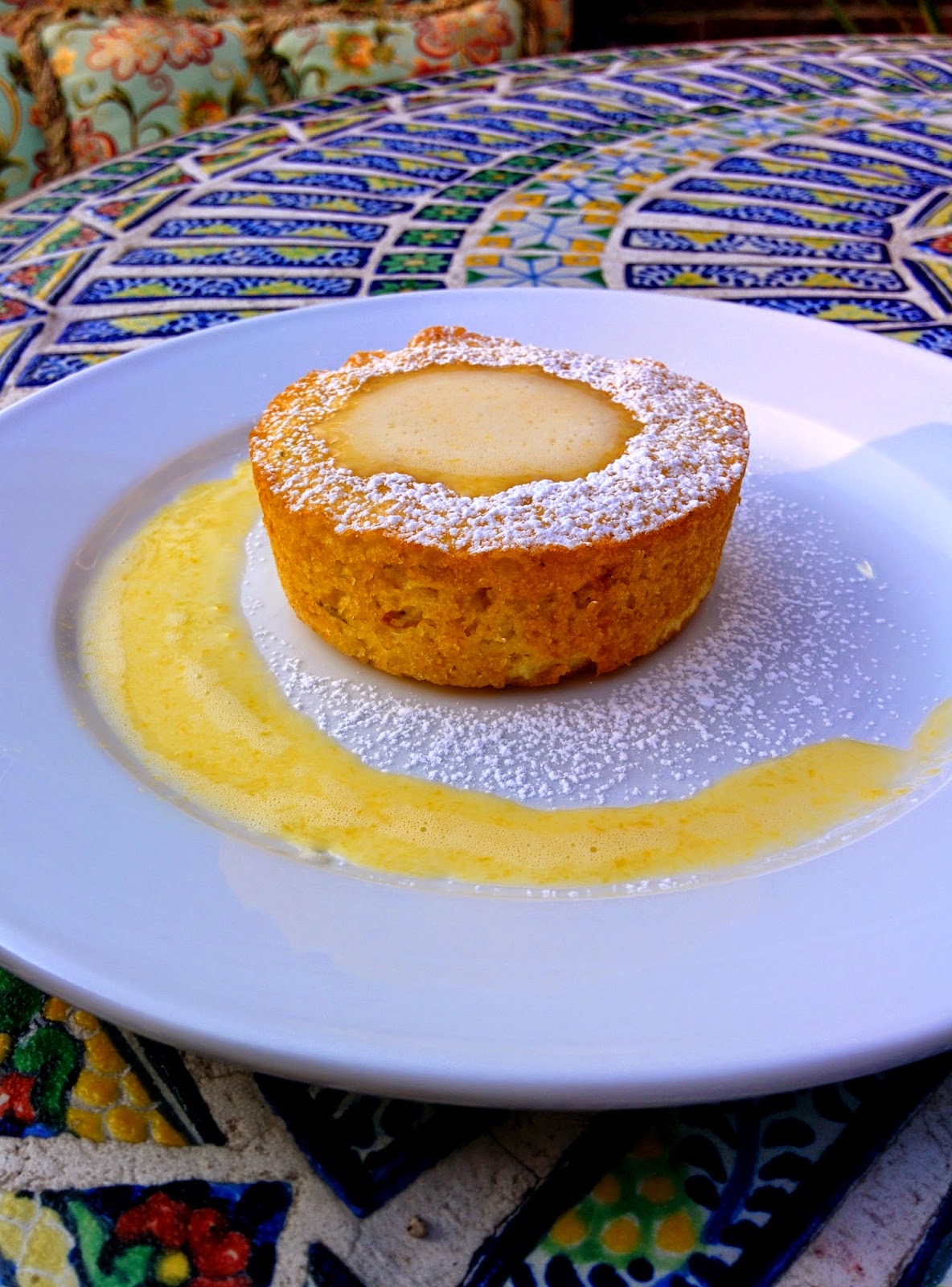 As a kid, I used to drink a glass of freshly squeezed key lime juice almost every day. I would go to our backyard, pick a few key limes, and juice them straight into my glass. Ice, sugar, some water - yumm! Those were, without a doubt, the best key limes I've ever had. The amount of limes we got from that tree was outstanding as well; there were always many limes on the tree, and they were available year-round.  Sadly, we didn't use the limes for anything else but for making juice, the same juice my mother was convinced I drank too much of and would result in "low blood pressure". After we moved out of the house, the tree stopped receiving all that TLC it used to get from my mama, and now it produces a few limes here and there, but nothing compared to its glory days.

Last week, I was at my go-to market and I saw that they had these boxes of limes (Persian, not key limes), dozens of limes per box, for only $6. Yes, these were the limes they’ve had for a while now, and they would go bad soon, so they needed to get rid of them pronto. But I was taken over by nostalgia, so I got a box, and I challenged myself to use the limes while they were still good. I started by washing the limes to discourage mold from growing on them. I soaked them in water and white vinegar for a few minutes, then I rinsed and dried them. I sorted them, and got the ones that needed to be used first on top to make sure they wouldn't go bad. 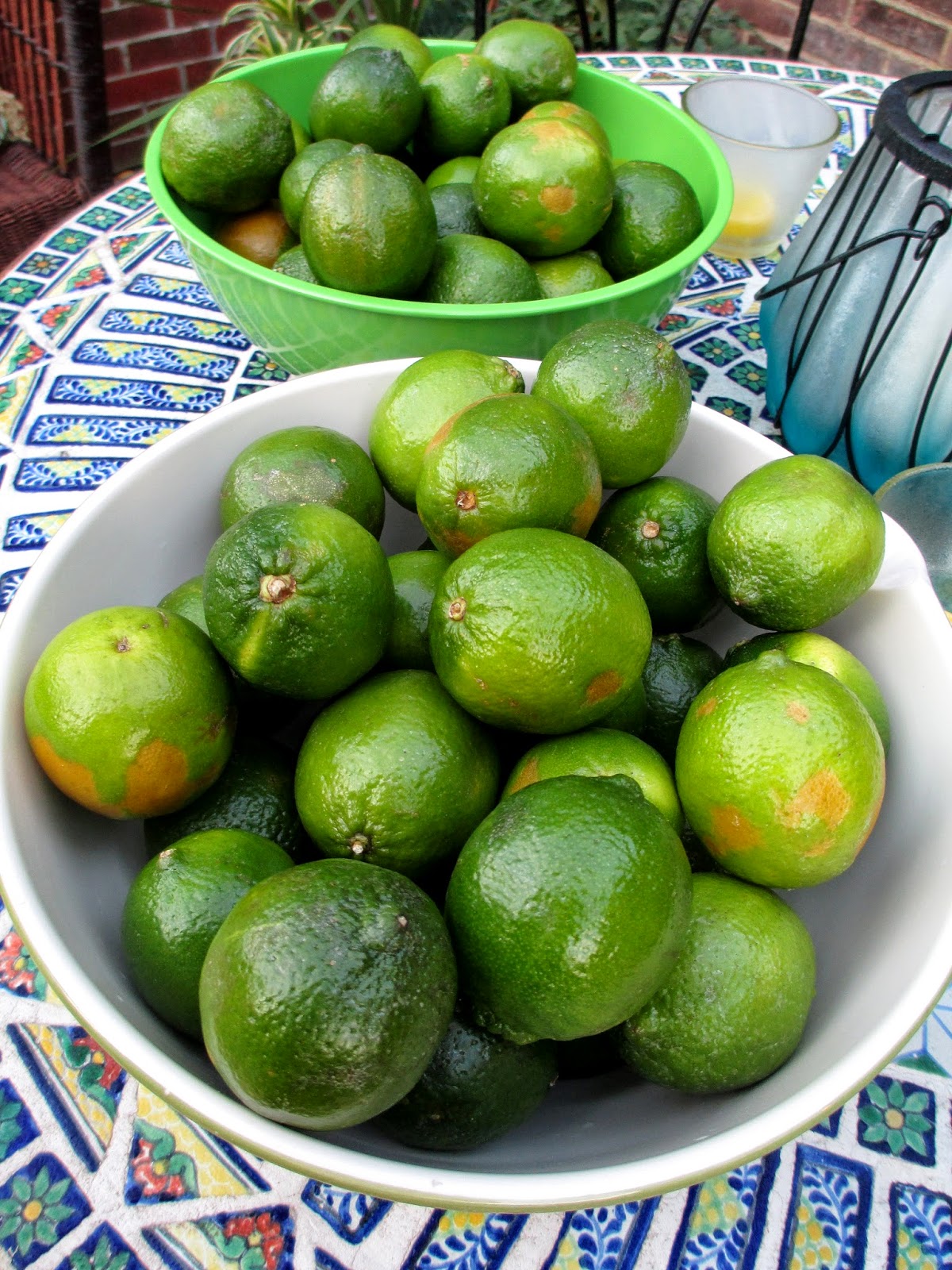 More than a week later, I still have whole limes plus a few cups of pure lime juice in the fridge. That is, after I've used limes every single day for more than a week now. I used them for so many different purposes that I can't possibly go over without boring the hell out of you. But I still can give you an idea of the things I've made so far. 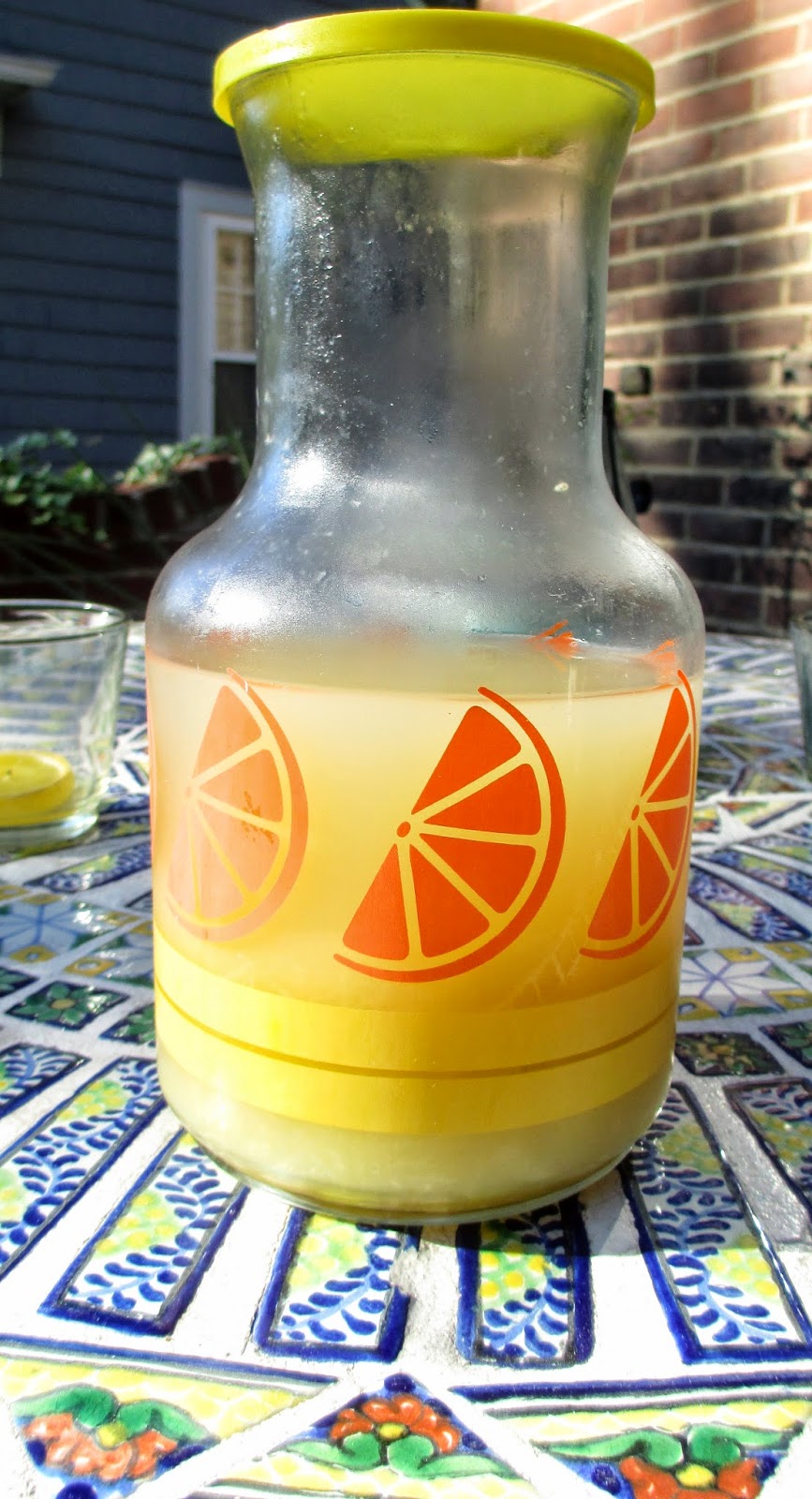 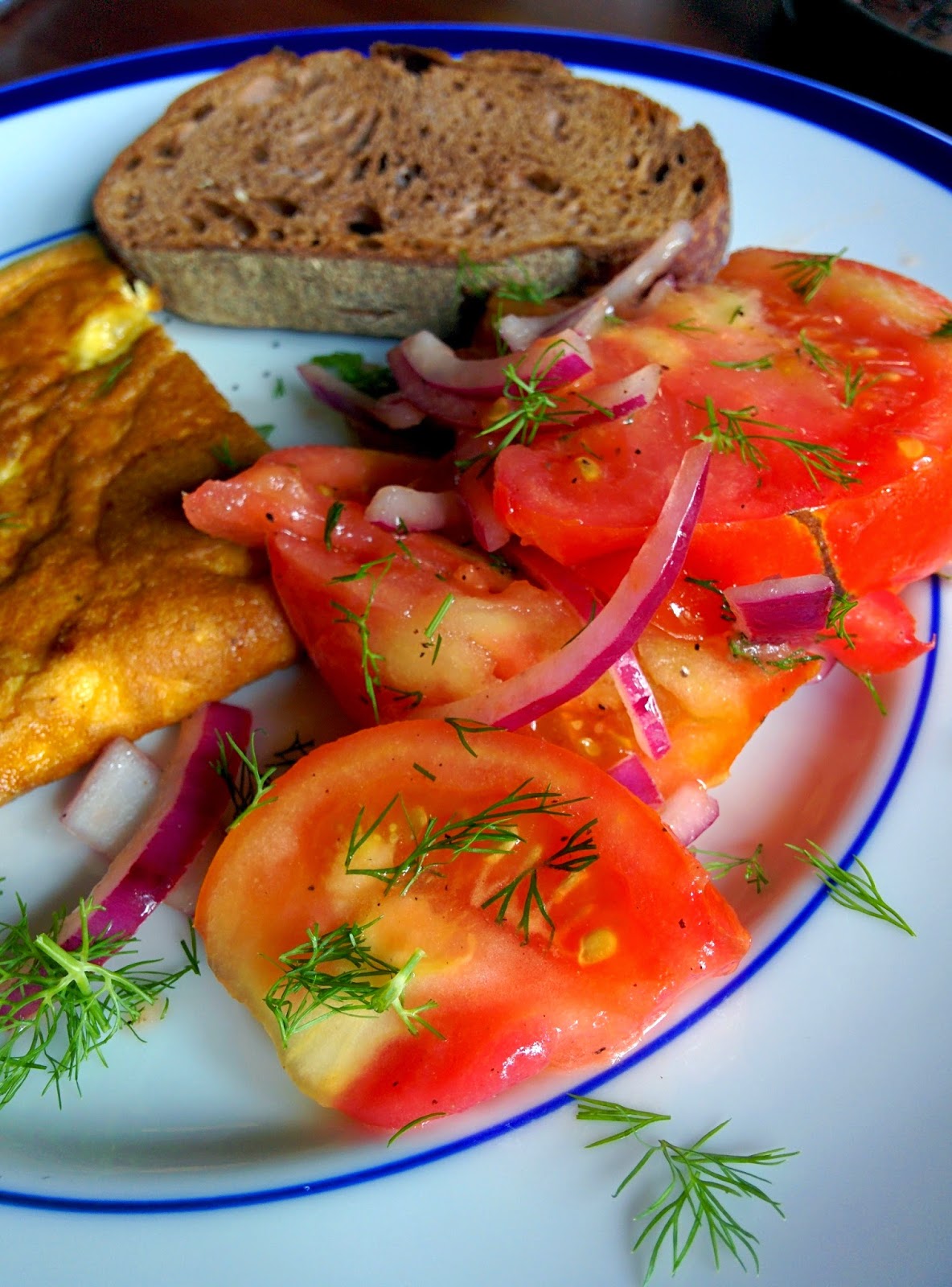 Salsa. I made an heirloom tomato salsa, using the limes, olive oil, onions, peppers and cilantro. What a gorgeous snack. The salsa was super easy to make; the challenge was not to eat too many chips with it. I decided to count the chips and eat that one serving. 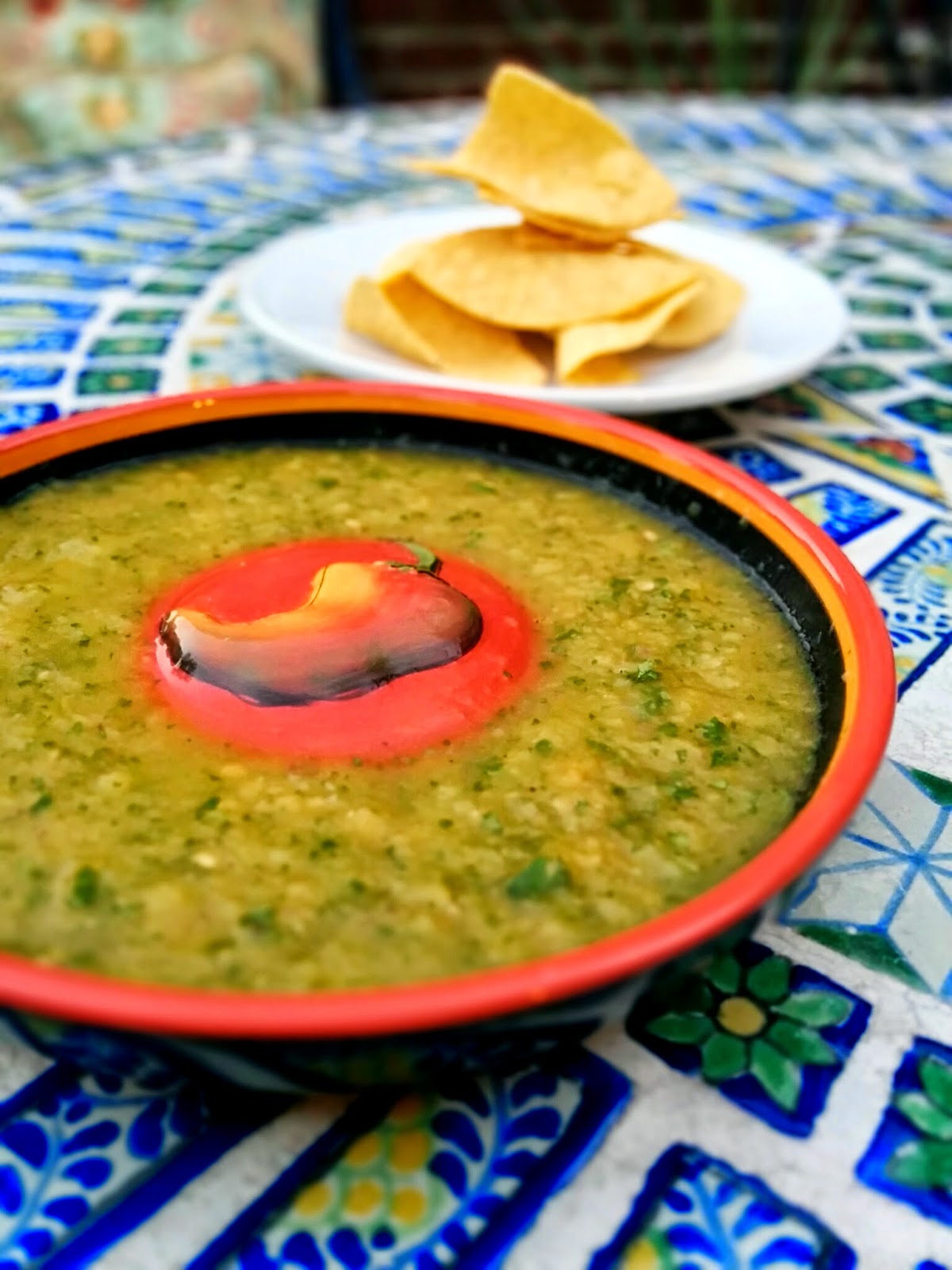 Dessert. I made a key lime pie. It looked gorgeous from the top, but once I sliced it I knew the consistency wasn't right; it was too soft. The flavor was still really good, but after a few hours, I noticed that the crust got soggy because the custard separated a little bit and water/juice was being released. Since the flavor was so good, I scooped the custard off the Graham crust and served it as a lemon pudding. Yumm! 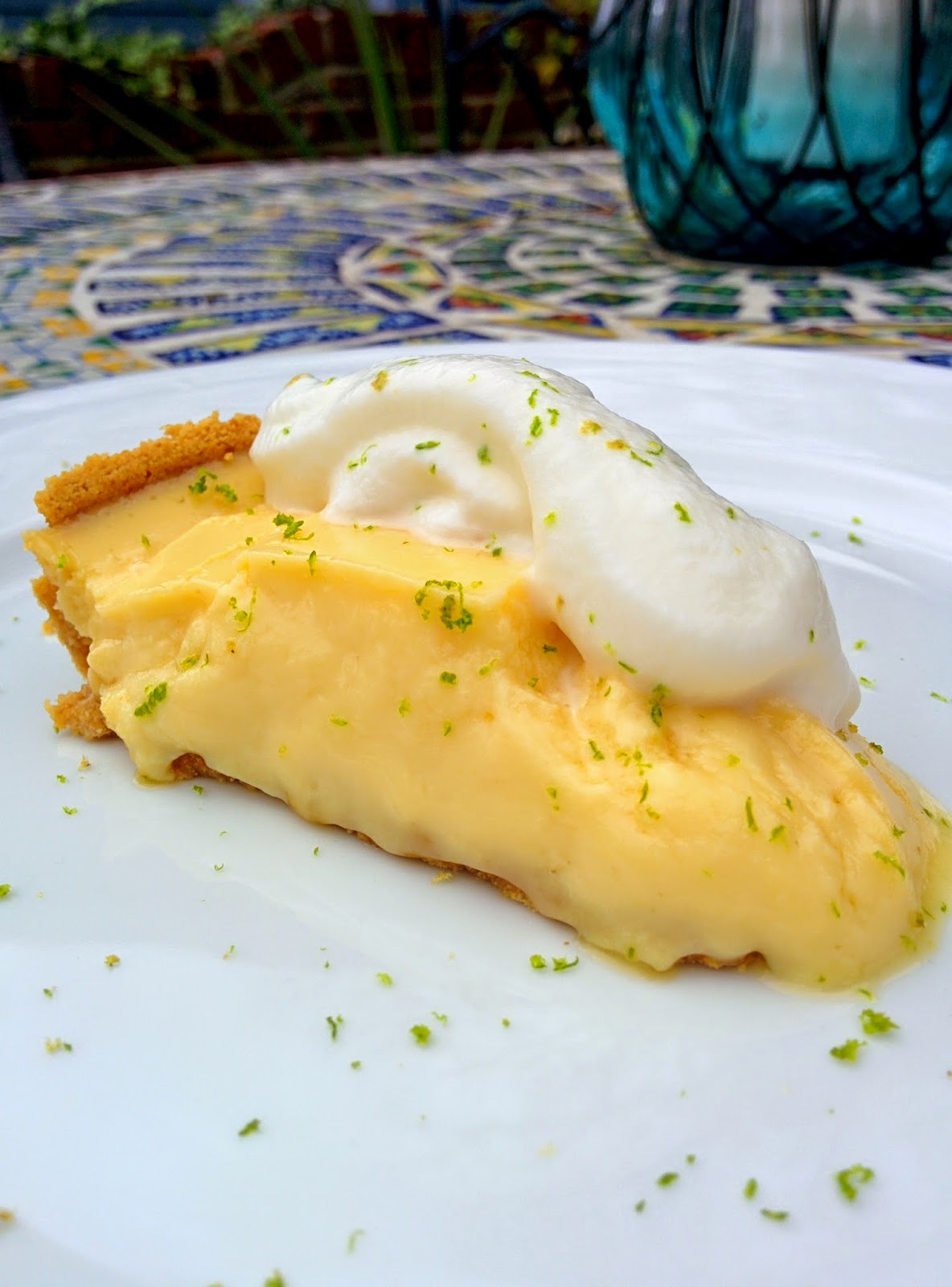 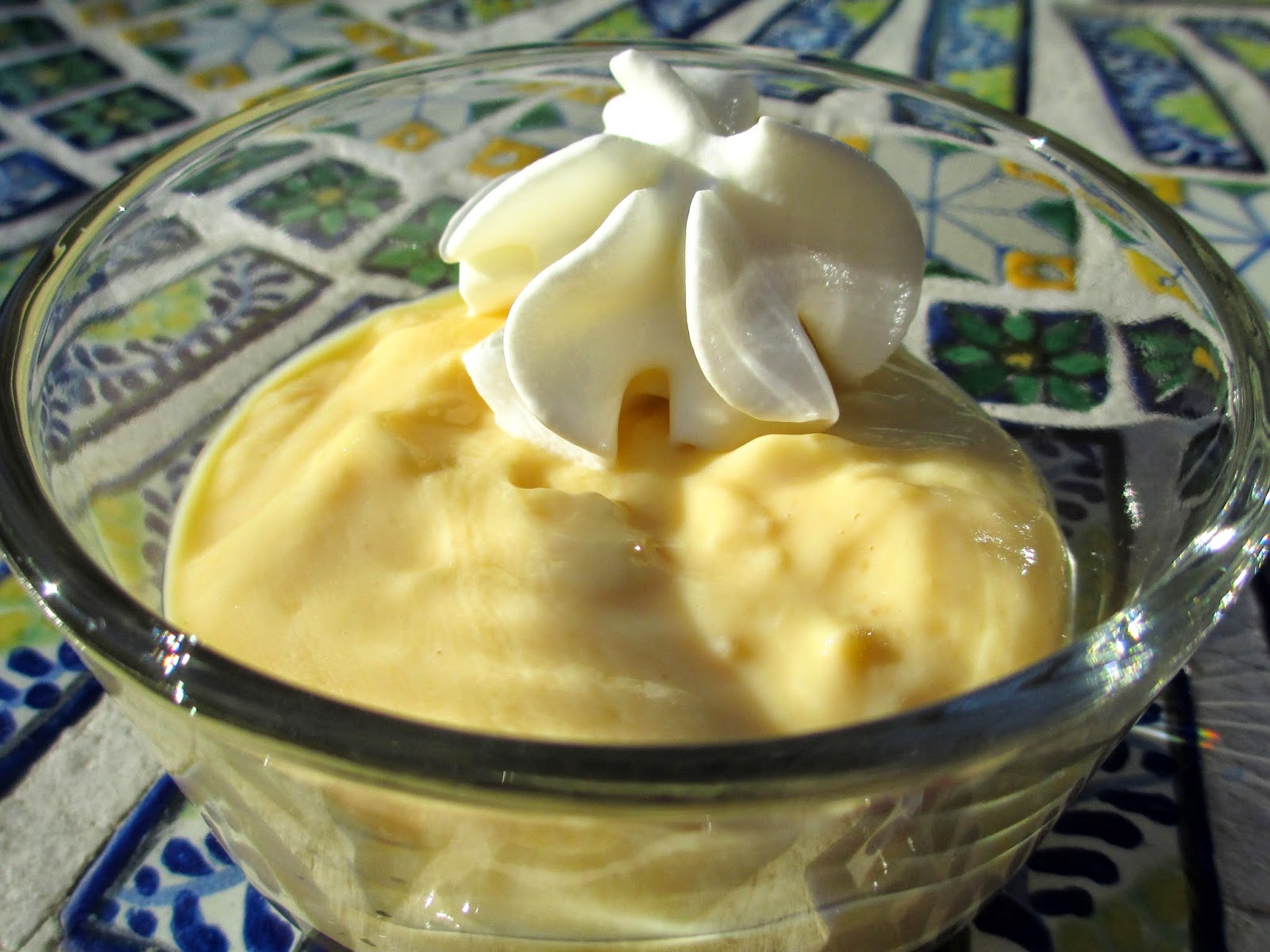 Master Chef audition. During the weekend, I auditioned for Master Chef. It was such a fun process, and the other people auditioning were so cool and fun to be around. For my audition, I  roasted a pork shoulder that was marinated in the Puerto Rican tradition: olive oil, tons of garlic, herbs, and freshly squeezed limes made their way into the marinade. I also used limes on the dressing for my side dish: sweet potatoes with pecan and maple, (I've shared the recipe on the blog before). The judges (and the other guys auditioning) responded very well to my dish, the show will contact me with their decision in a few days. The best part was that I got to eat the whole thing afterwards! It was so damn good. 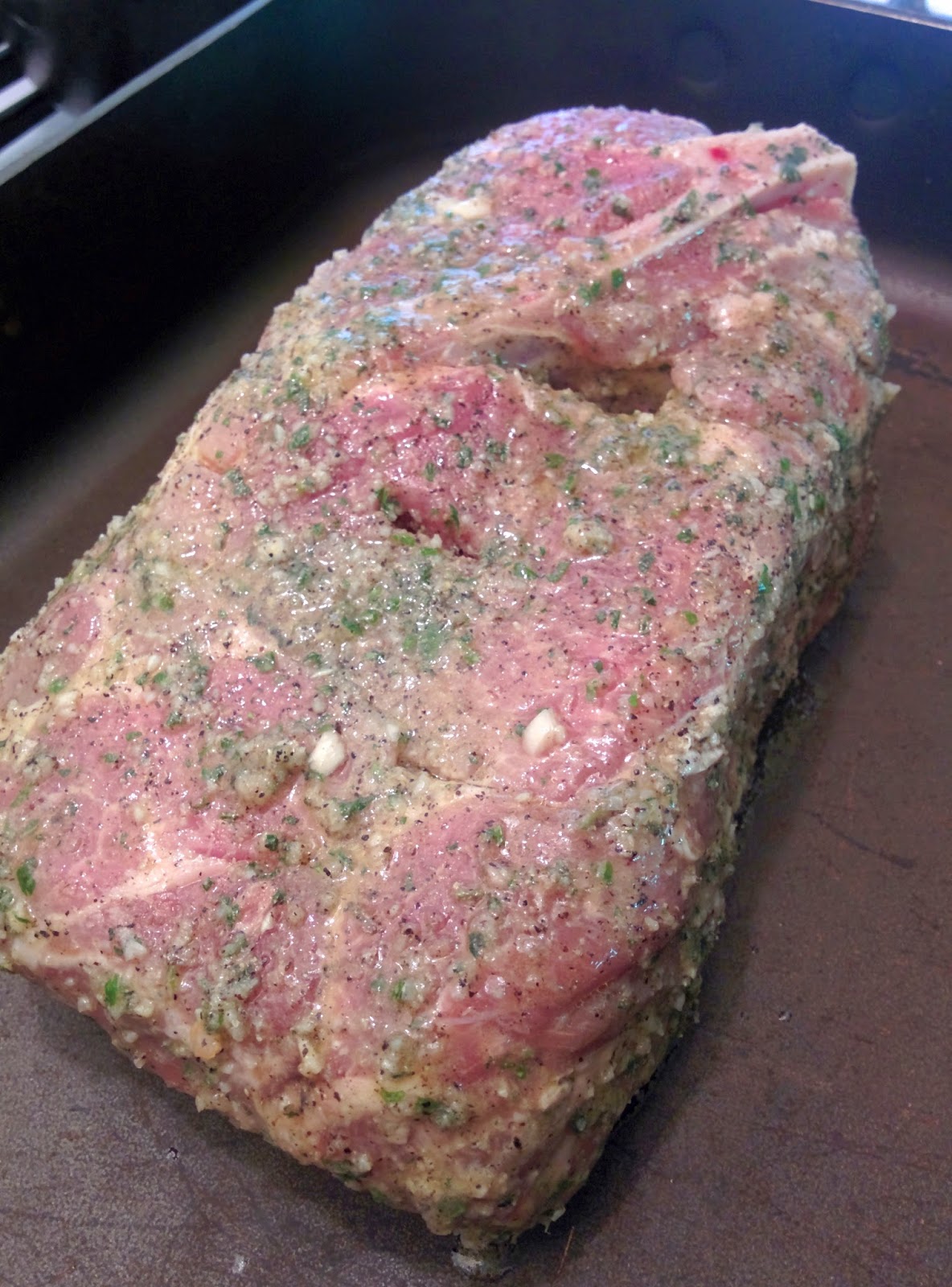 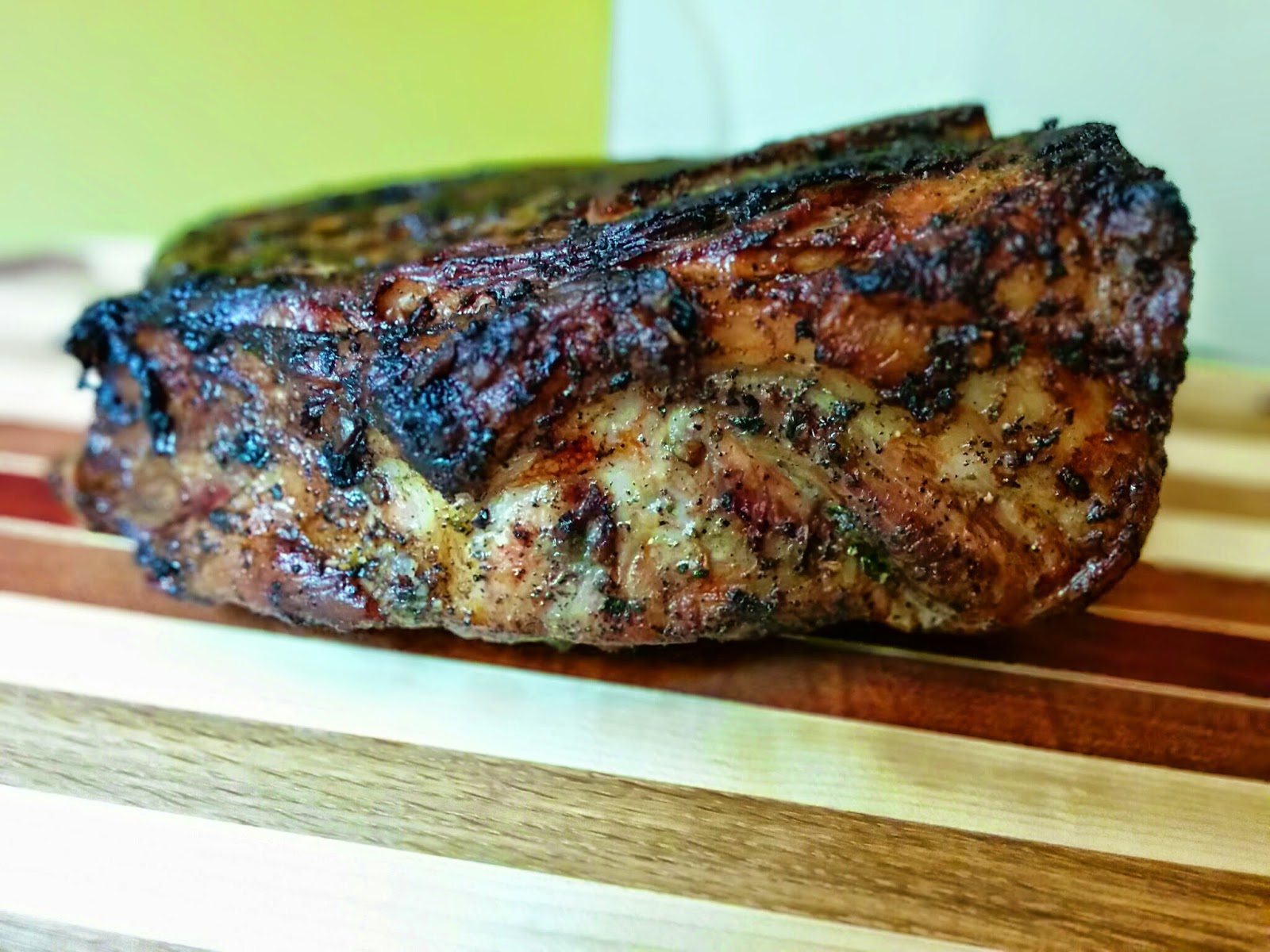 Breakfast lime cakes. I was really happy with the lime cakes I made using the zest and the juice of the limes. I wanted to make a cake, but I new that a whole big cake would be way too tempting to have around. Instead, I made four small cakes, and I had them for breakfast in lieu of pancakes. Instead of using frosting, or syrup, I made a low fat crème anglaise (gasp), and served it over and next to the lime cakes. It was really good, so I'll share this one. 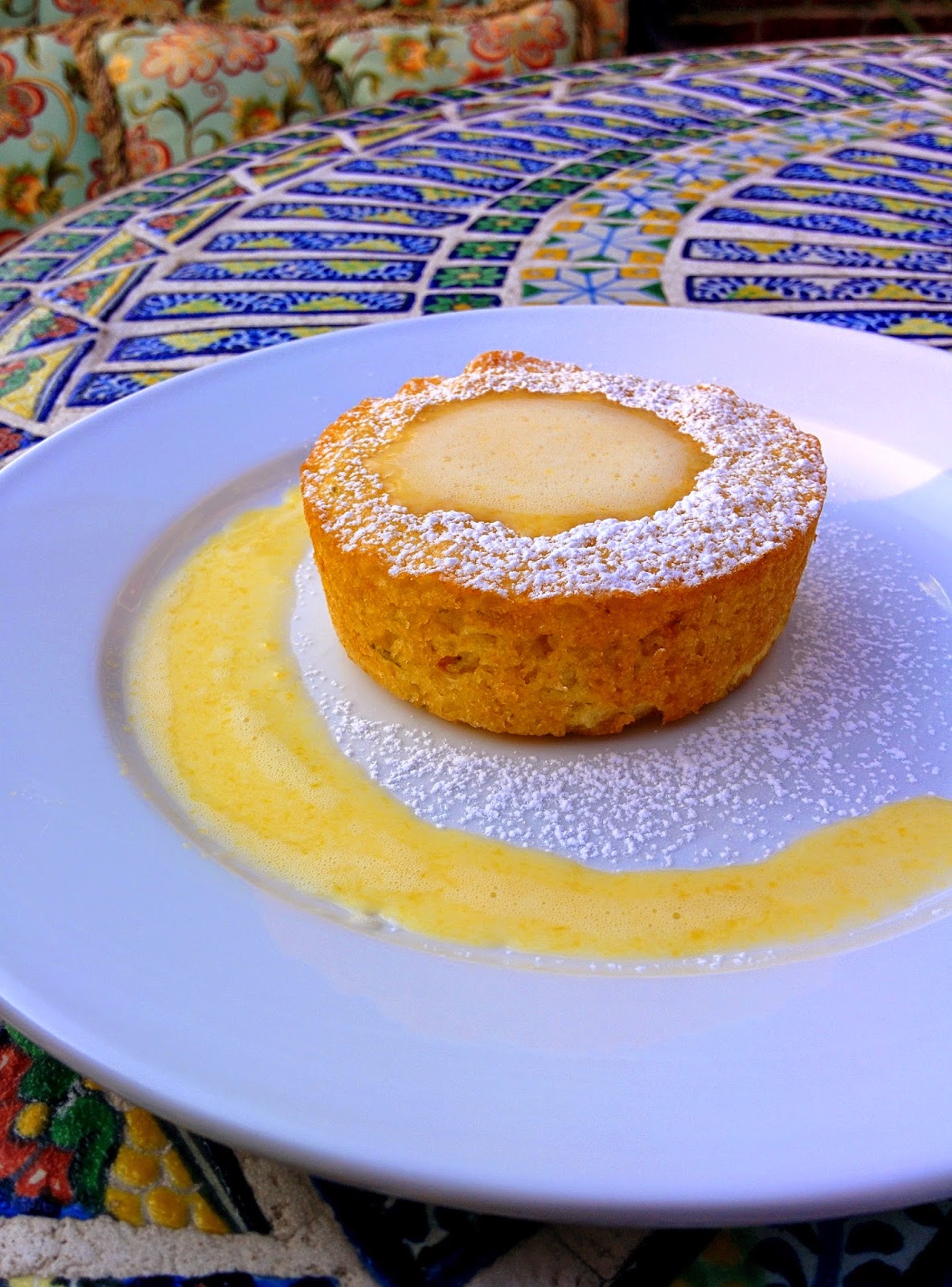 Preheat the oven to 350F. Grease and flour the bottom of 4 ramekins.

Using a handheld mixer, beat the egg and sugar together until they triple in size, about 2 minutes. Just before finishing beating the eggs, add the lime juice, lime zest, and the vanilla extract. Continue mixing for a few more seconds.
Combine the baking powder, salt and flour. Fold the dry ingredients into the egg mixture.
Split the batter into 4 ramekins and bake at 350F until a toothpick comes clean after inserting it in the center of the cake 10-15 minutes). Let them cool completely, and remove from the ramekins.

Mix the milk and the sugar in a sauce pan and bring the mixture to a boil over medium heat. Once it starts boiling, turn the heat off. Immediately, add the egg yolks to the milk mixture, stirring continuously for 3 minutes. Pass the mixture through a sieve, and serve.