First of all, I want to say this has been an extremely long and busy week so far. I went to a conference in Palm Springs, CA, and came back to plan tons of experiments (a.k.a. tons of meetings), reports, and preparing for the talk I’ll be giving next week. Thankfully, I can look back at the good times I had during the conference and fill some of the stressful moments with a little bit of that beautiful California sun (Yep, I’ve gotten corny). I spent most of my time on conferences, but I seized every last break minute and enjoyed the city.


Armed with just a bottle of water, I walked more than 3 miles under the bright, and hot noon sun. Oh, yes, and the temperature was around 100F. I started with the main attractions. 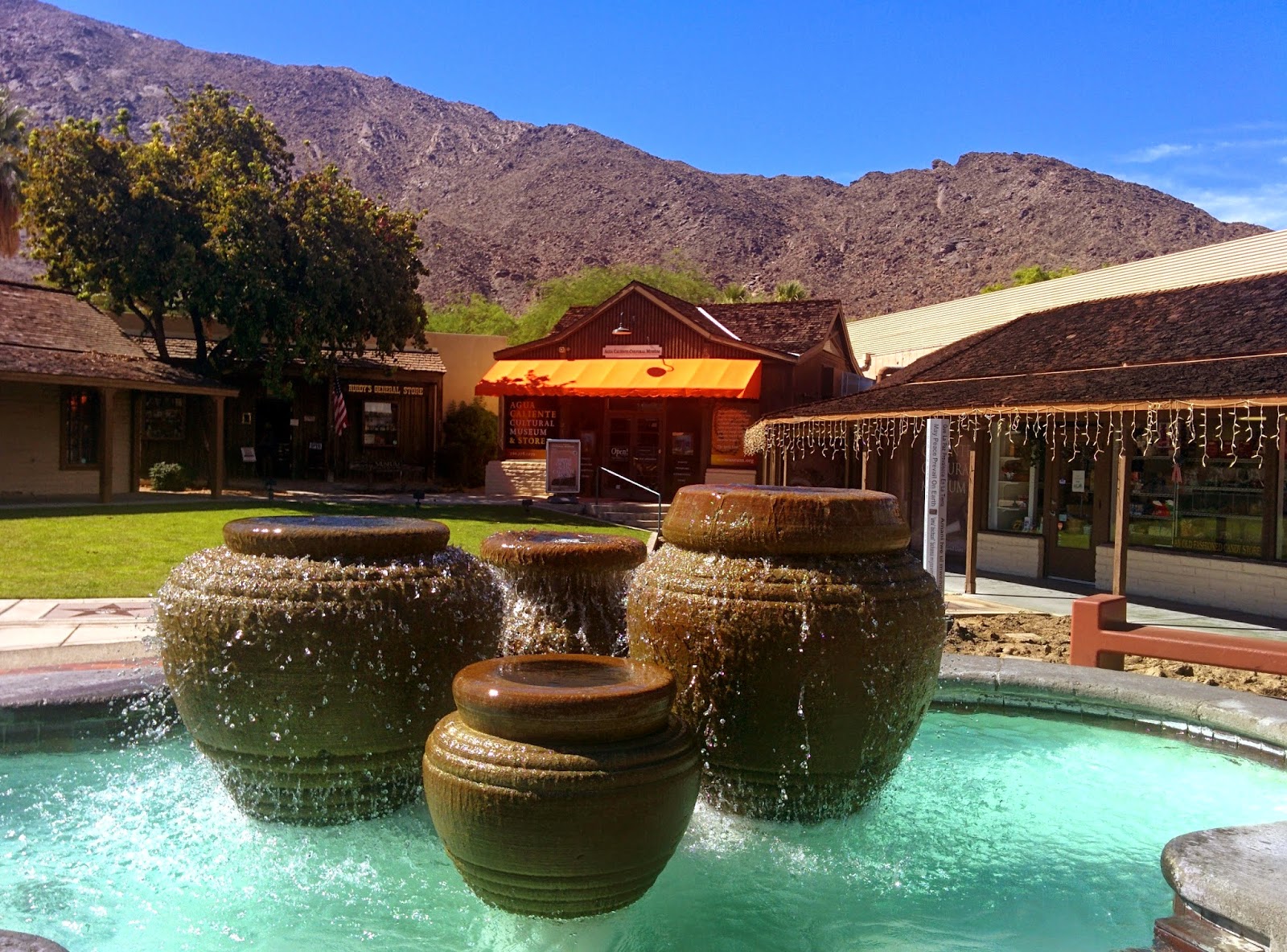 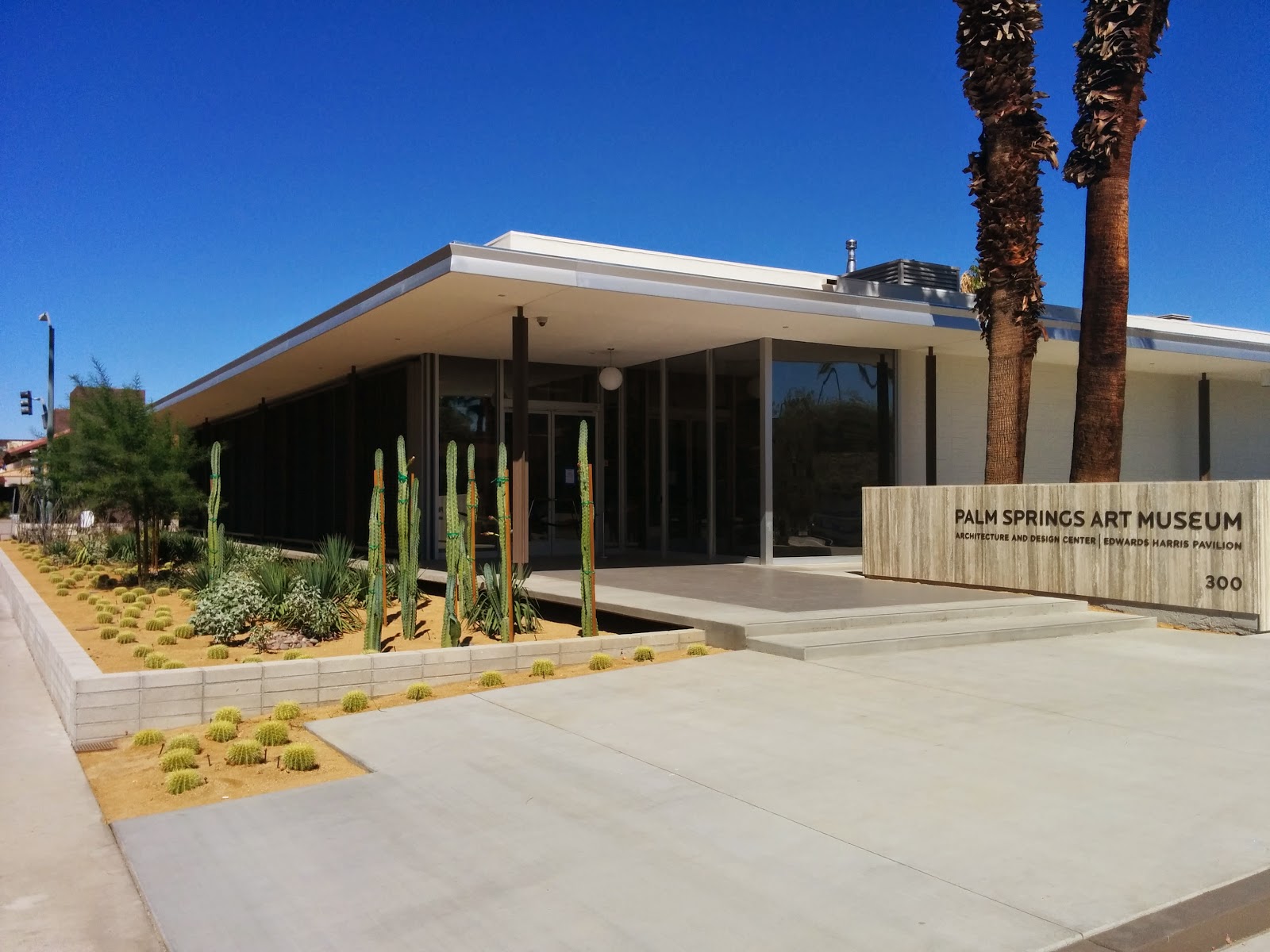 Of course, I’m always surprised by the giant mist humidifiers that some restaurant patios have to keep their costumers feeling comfortable. 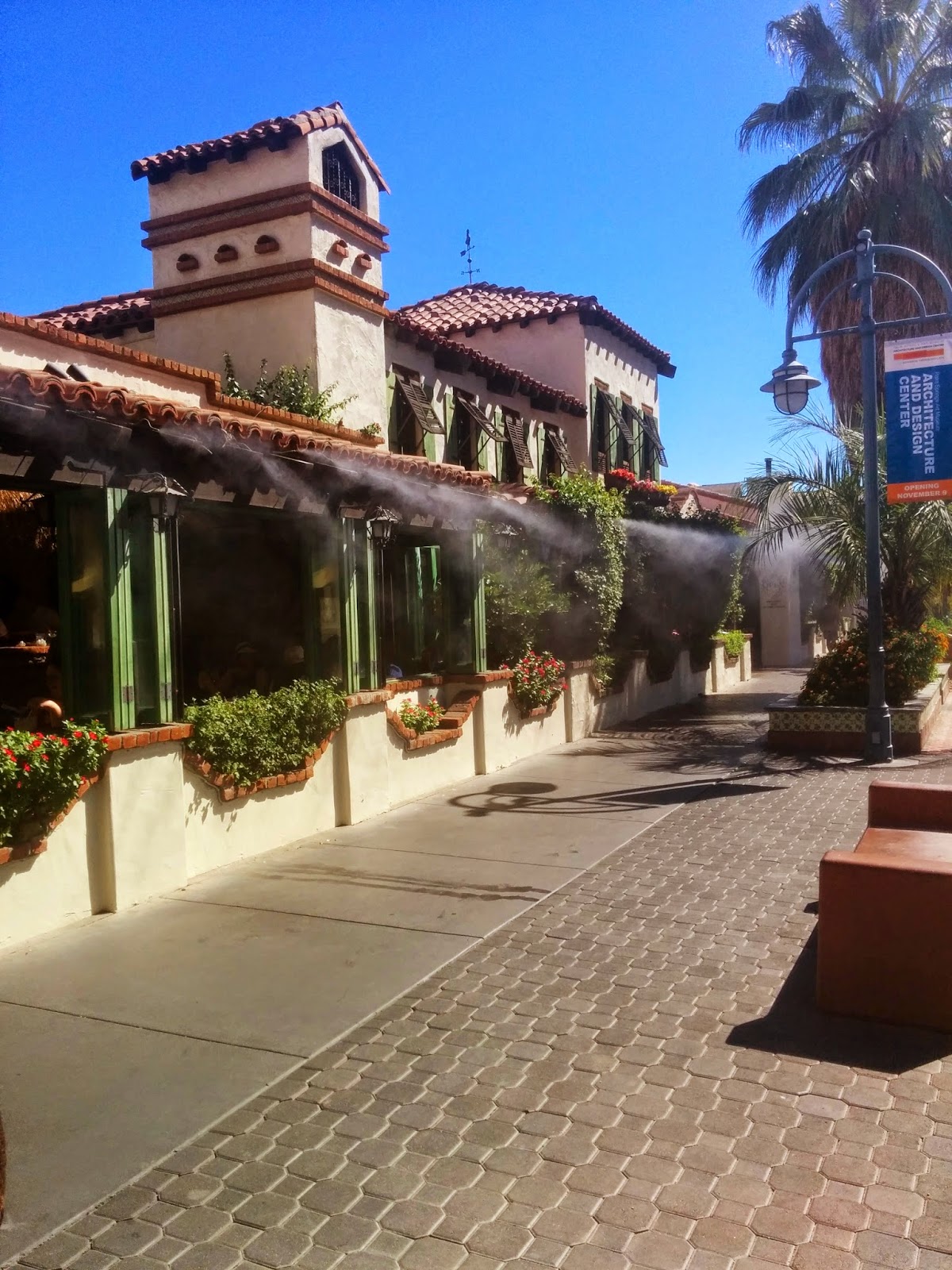 One of my favorite things about Palm Springs is the landscaping surrounding public and private buildings. I guess that my fascination comes from my erroneous pre-conceptions of how the desert landscape would look like. Plus, I love cacti and succulent plants (and palms, too!). 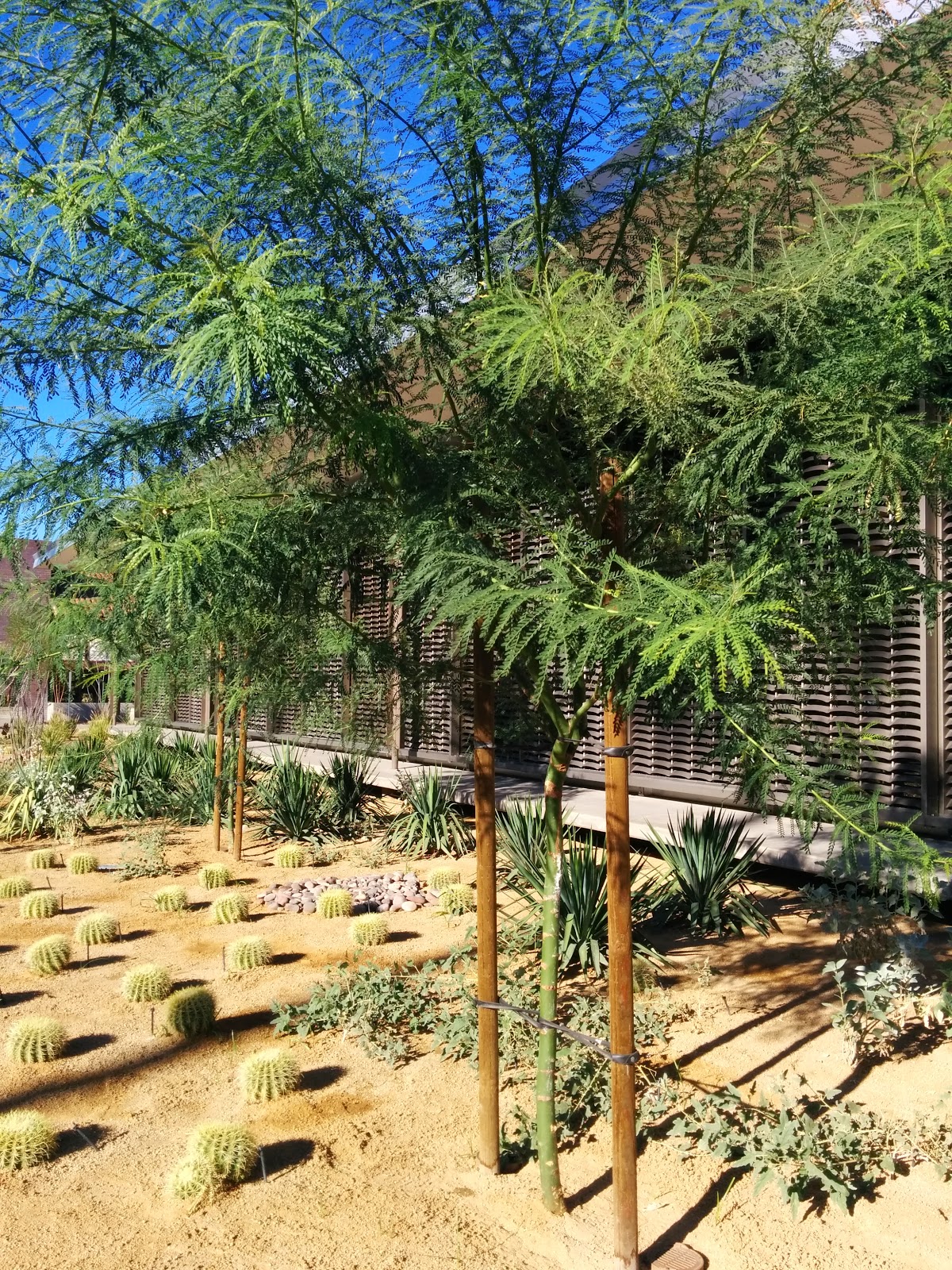 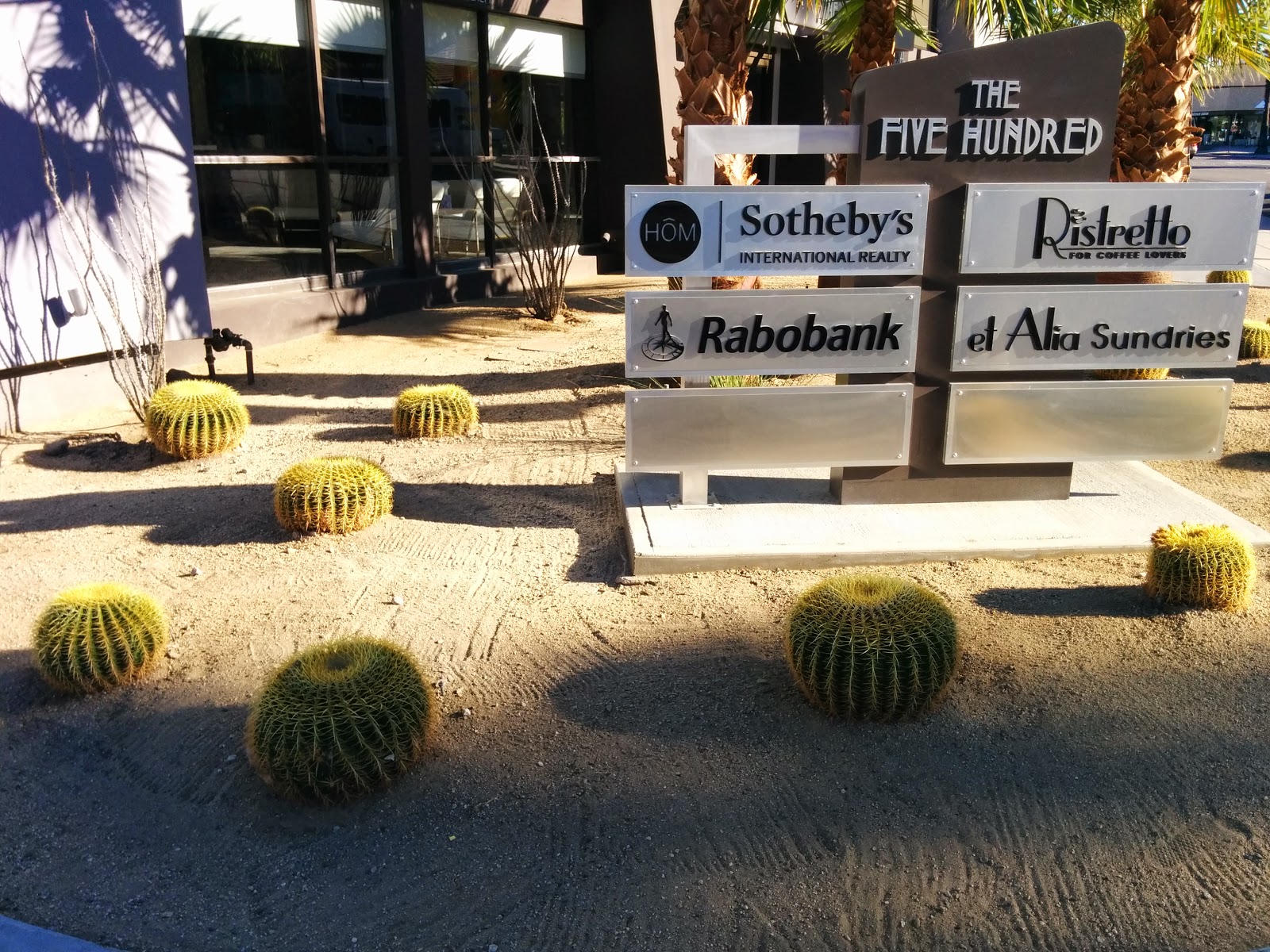 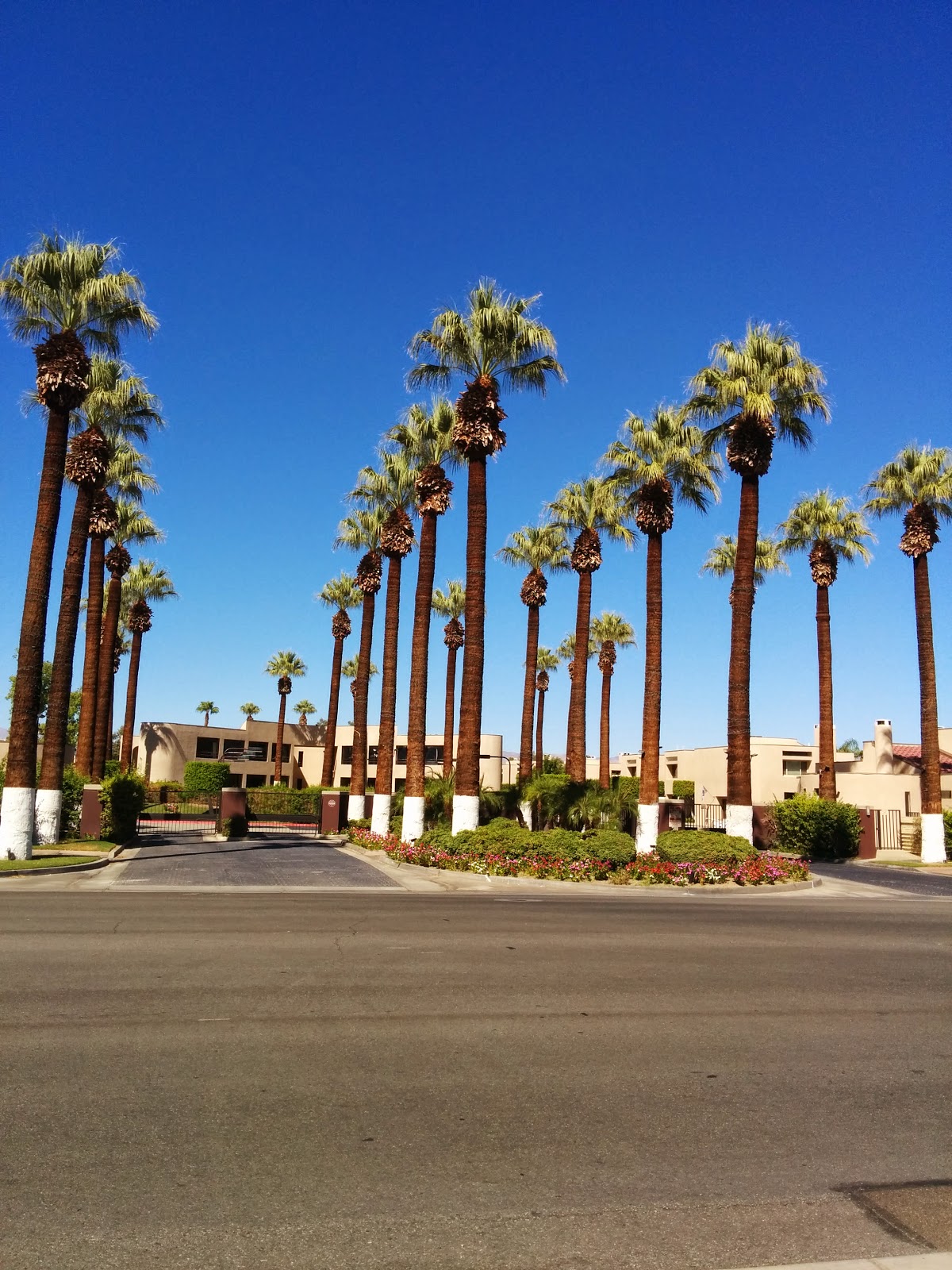 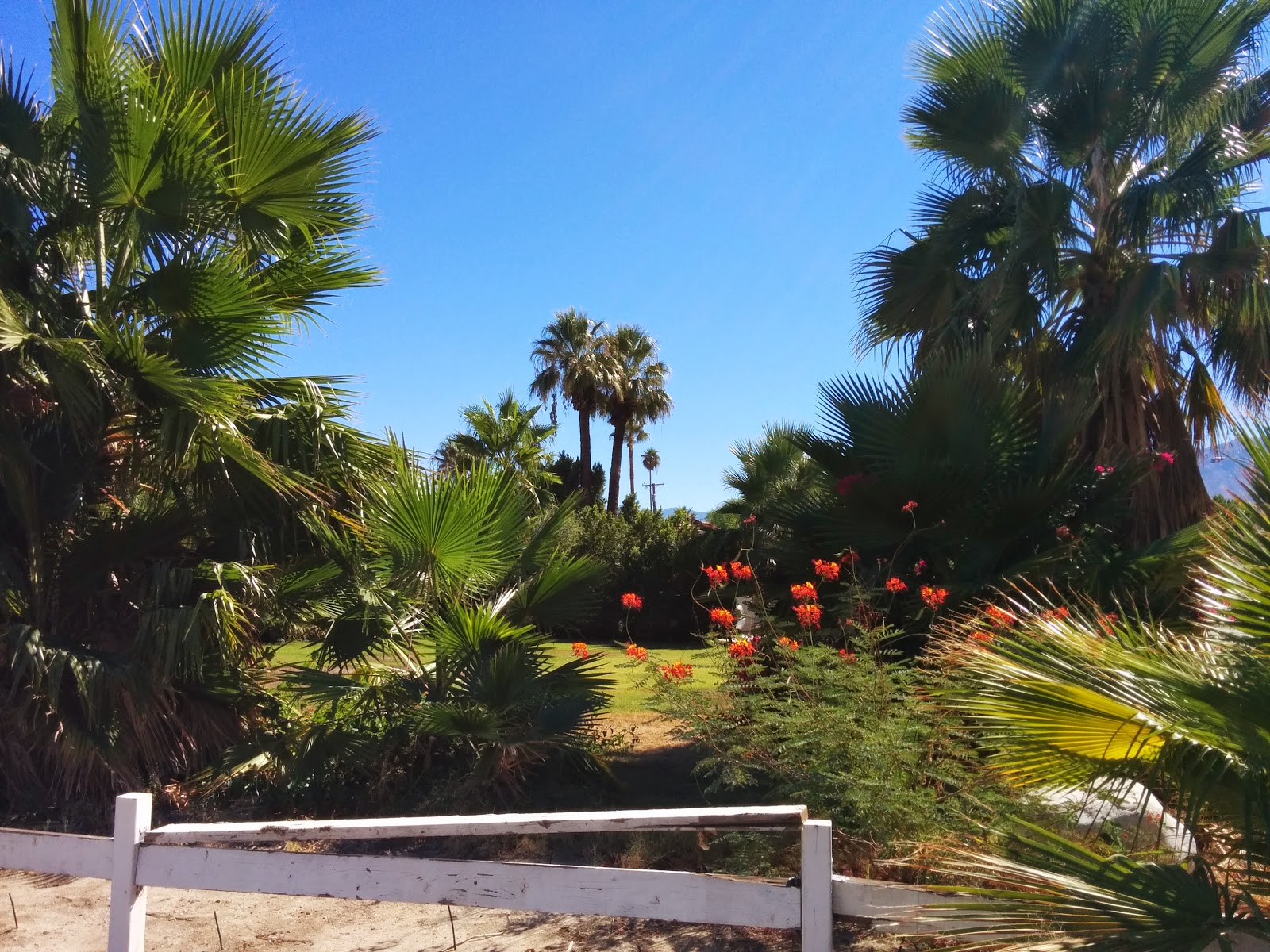 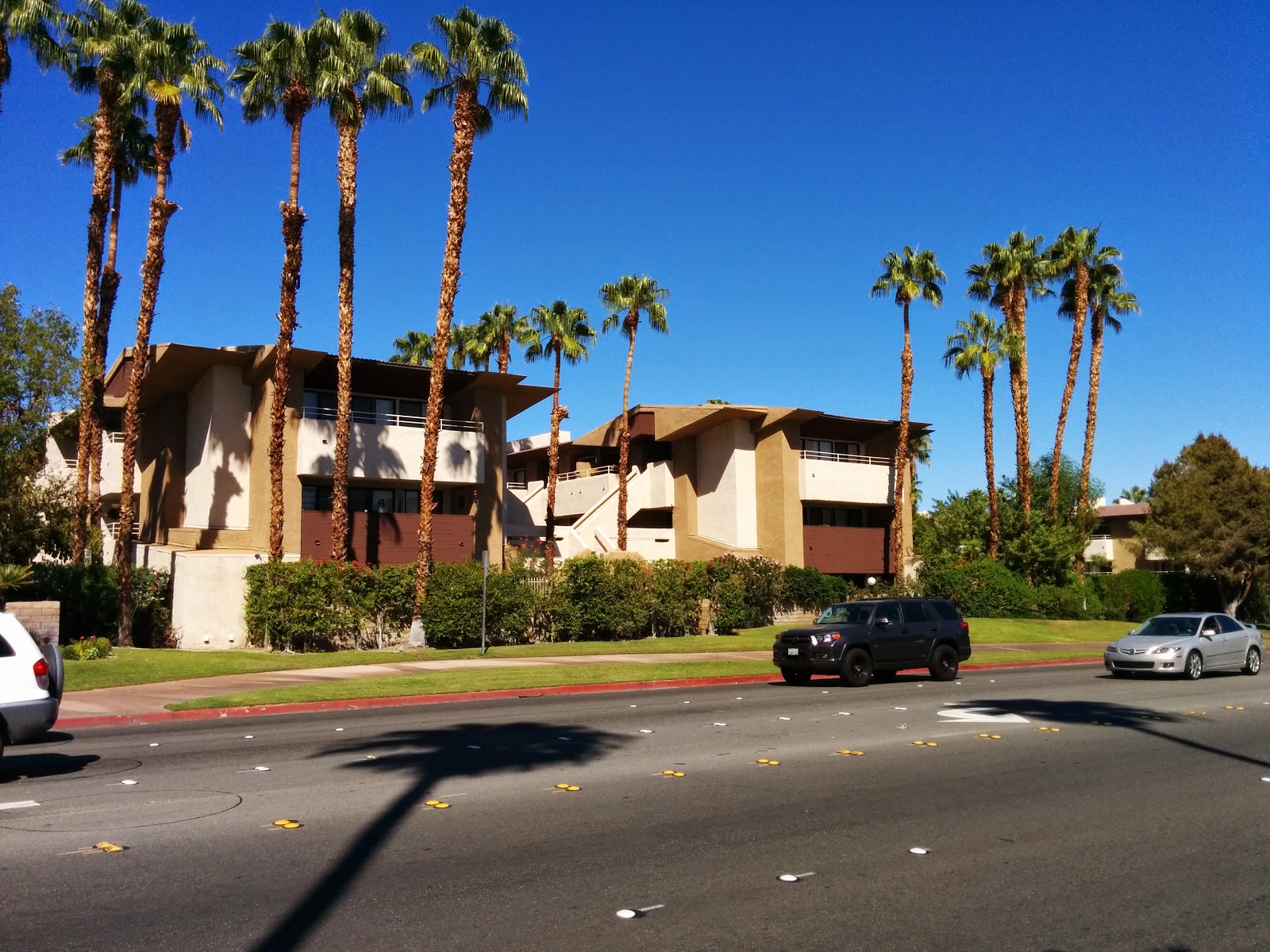 I was surprisingly happy to see this plant there too. Besides a couple of planters with New Guinea impatiens, these were the only flowers I saw during my trip. I may not know its name in English, but I know the plant a little too well. I've been pricked by its thorns more than once back home in Puerto Rico. 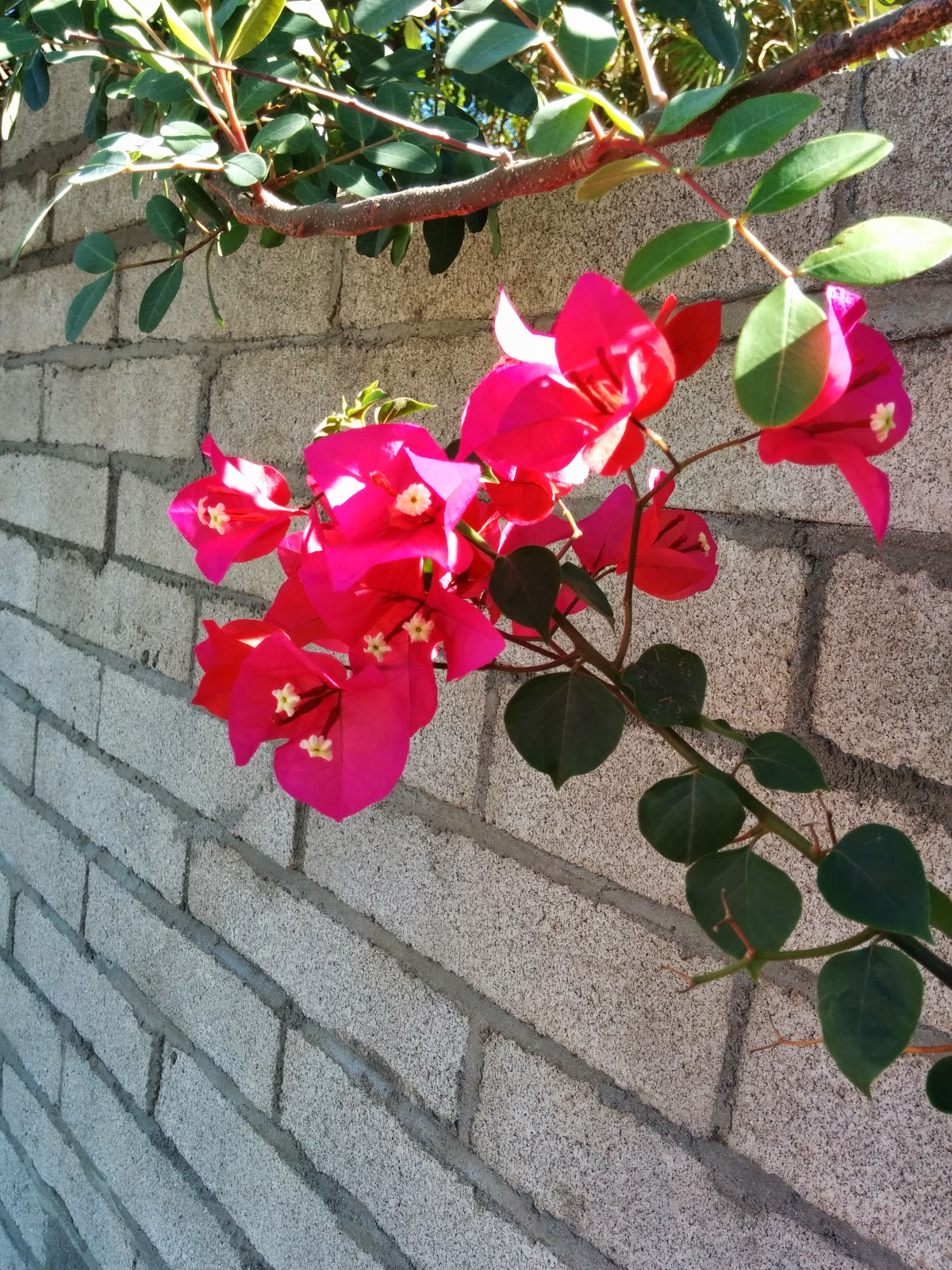 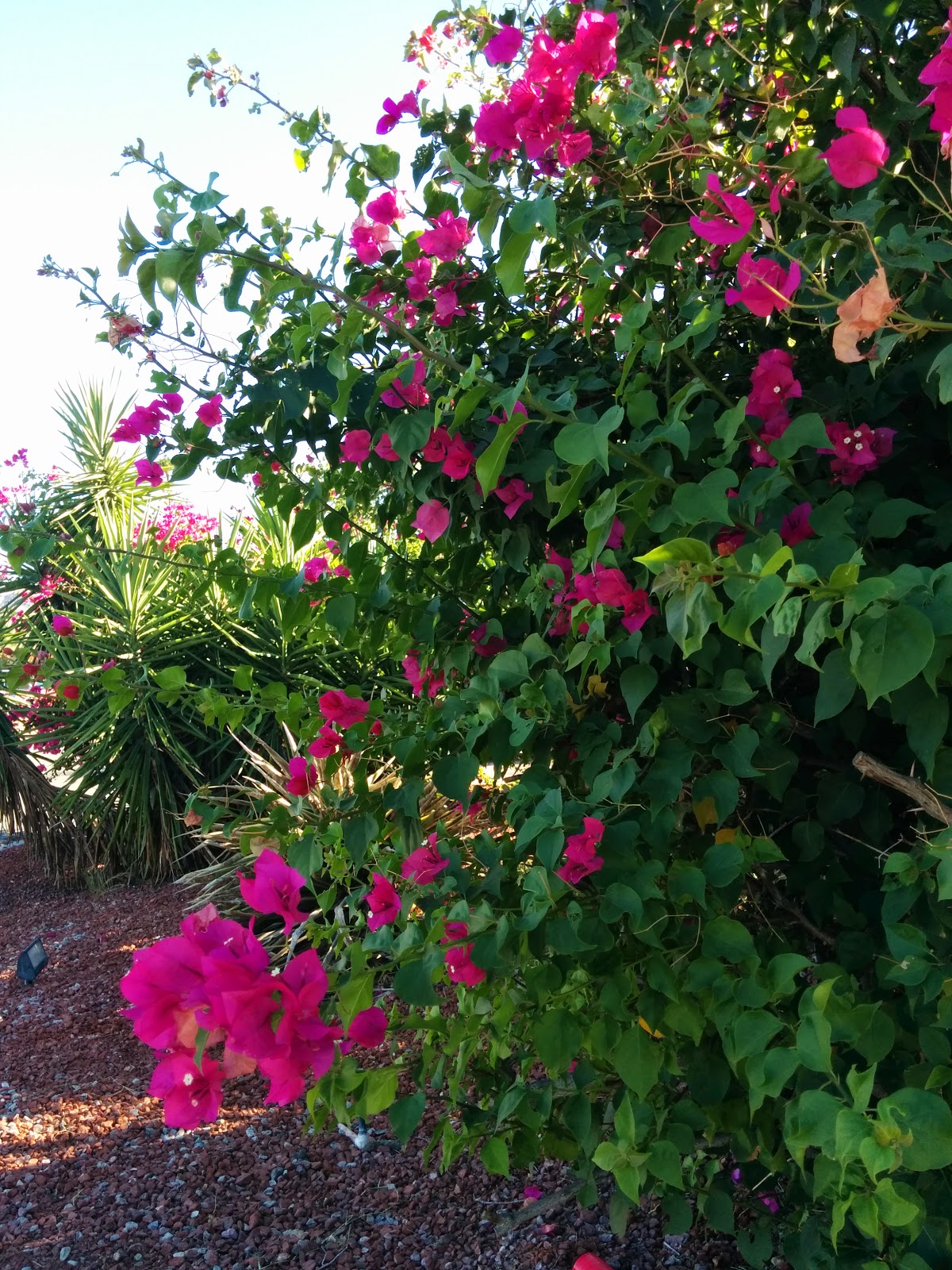 And of course I saw this lady performing under the 100F heat... 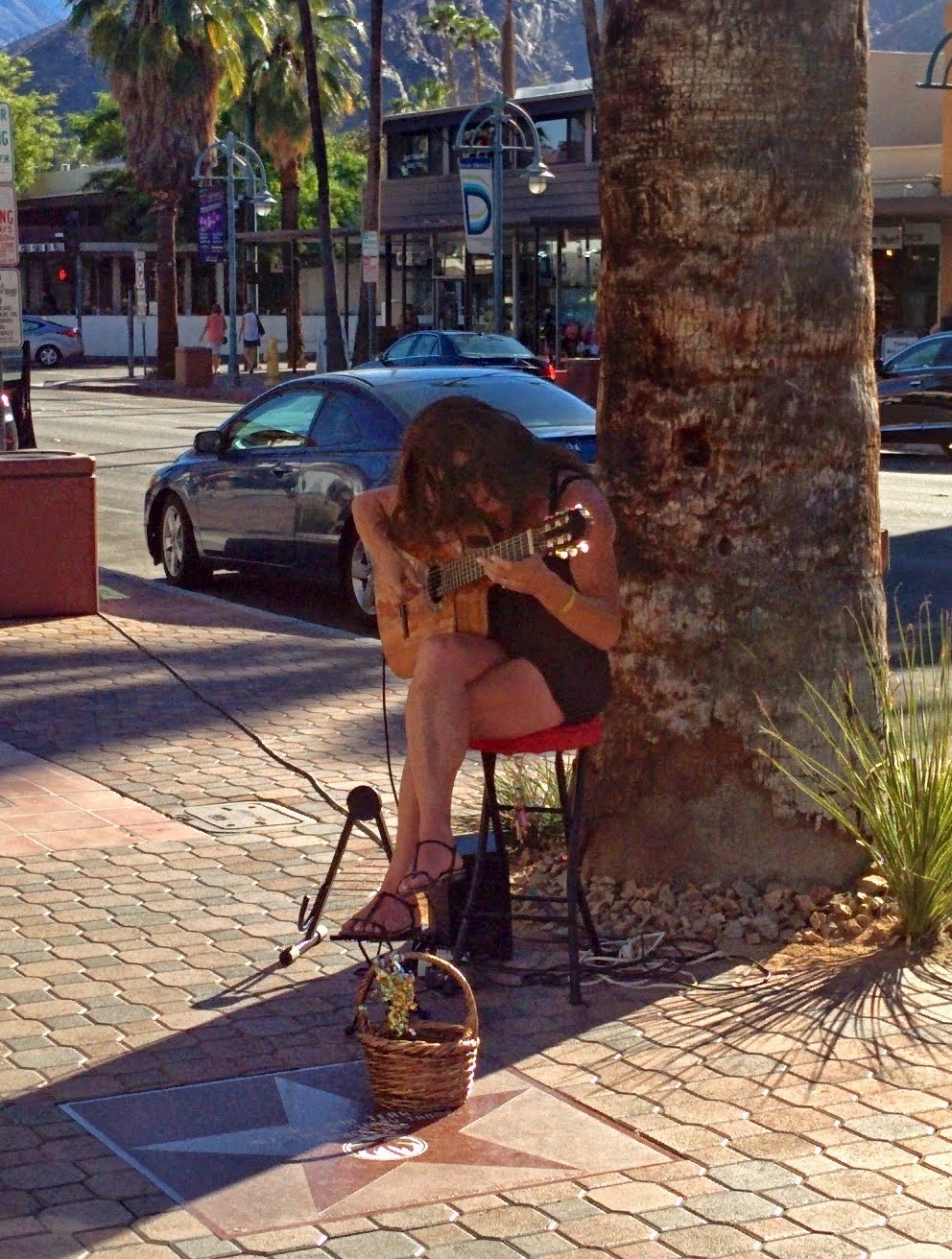 During another break from the talks, the guys from work and I took up the aerial tramway about 6,000 feet up the mountains to reach the San Jacinto State Park. It was spectacular. The views were amazing, and the differences between the start and the end of the 12-minute ride were just as night and day. Once we finished our tramway ride, the temperature was about 40 degrees (F) cooler than where we began our ride, and the landscape morphs from a desert into a majestic pine forest. Once we reached the San Jacinto State Park we explored it a bit, but we didn't have enough time to go on a long hike. I'll do that next time. Maybe next time I'll be able to take better pictures too! My cell phone charger was shut, so phoneless and with no camera on me, I had to depend on a prehistoric, yet extremely pricey, disposable camera to take pictures of such a cool place. You know what that means, right? No selfies!!! 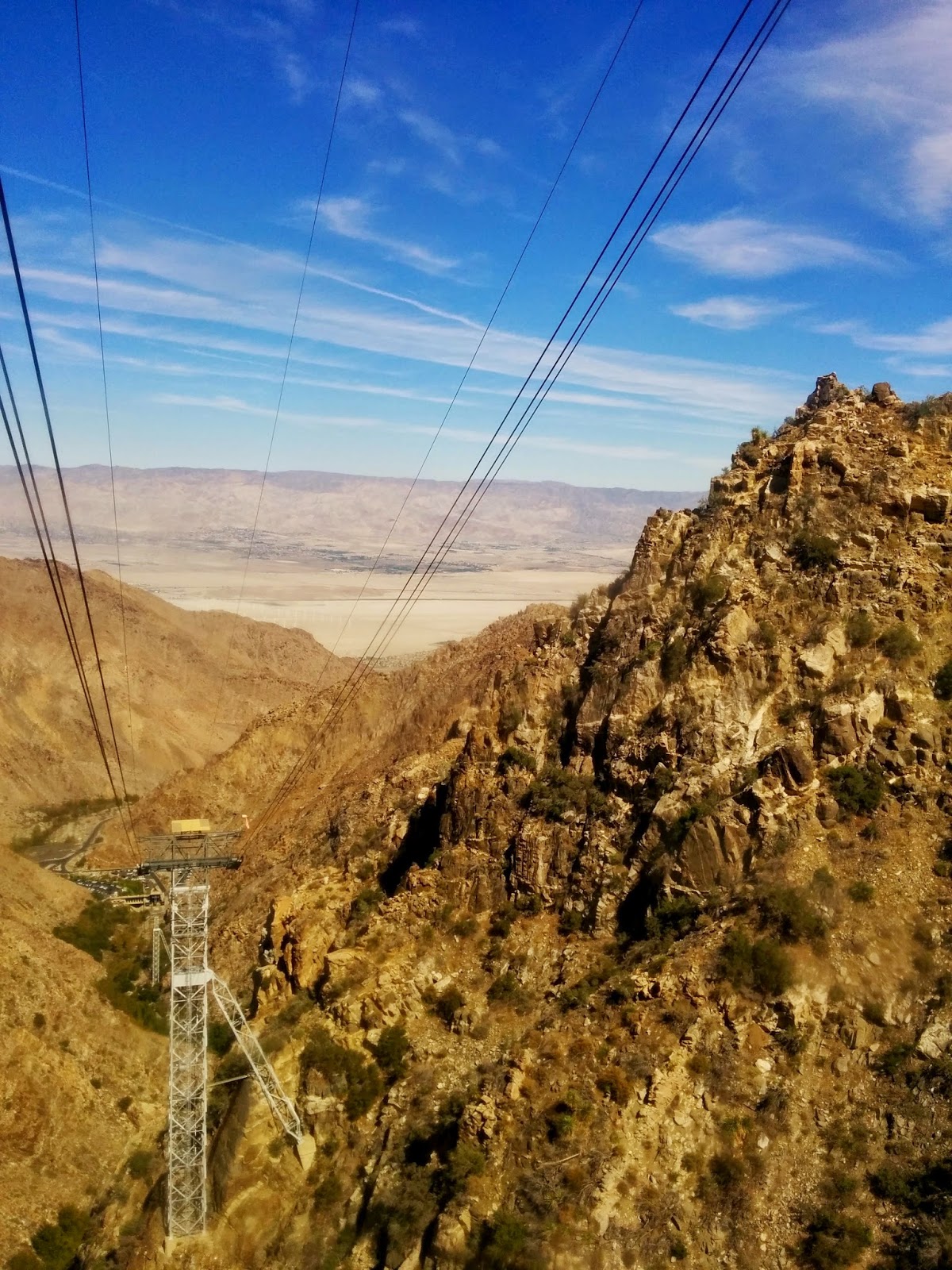 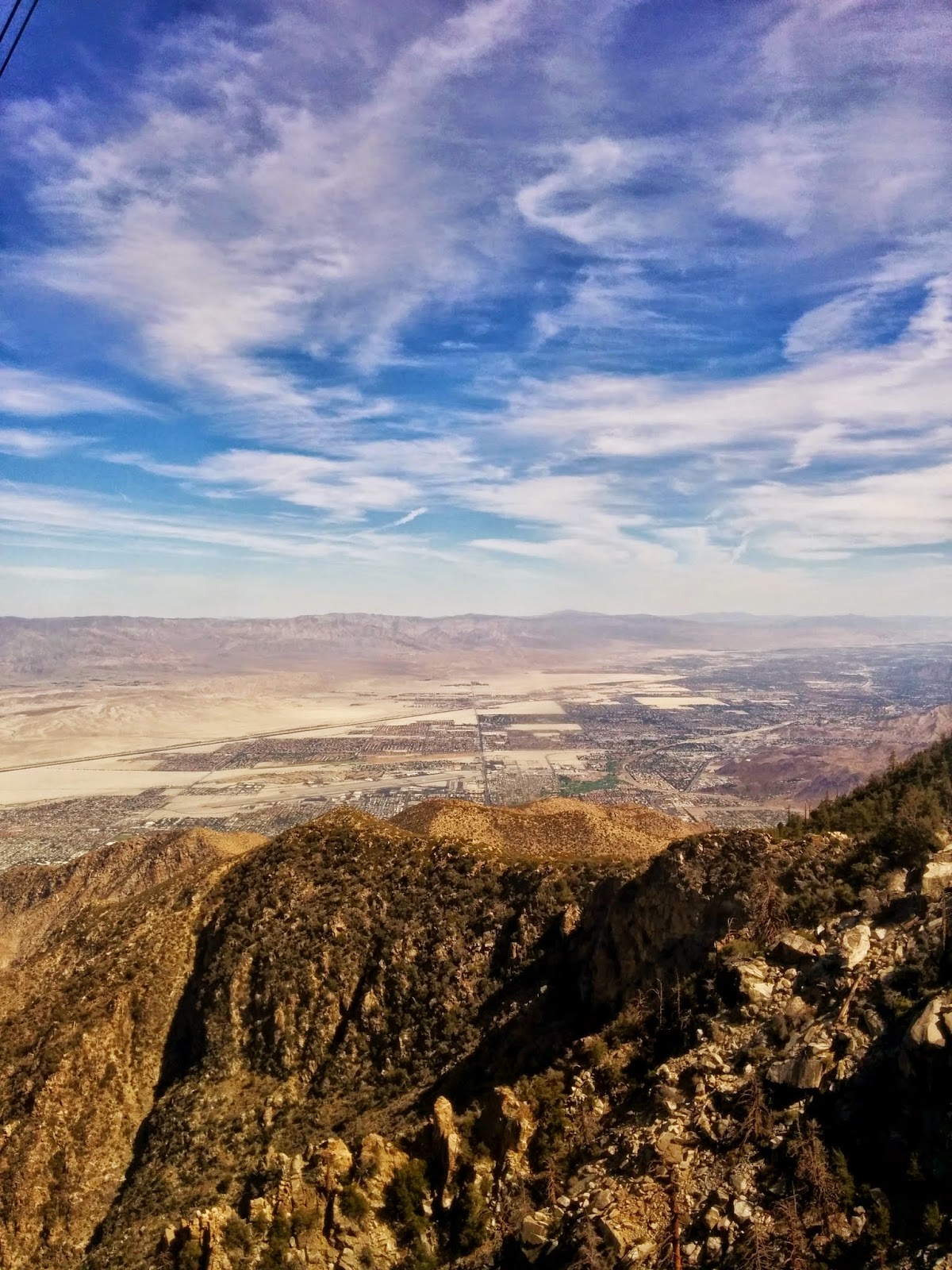 Of course, you cannot possibly experience a city without mingling with the locals. I celebrated the Californian holiday of Sunday brunch at Pinocchio of the desert, a local diner, where I sat at the bar to eat next to a trio of local ladies. I already knew the locals were really friendly, and that the mean age is significantly higher when compared to that of other cities. Still, nothing could prepare me for hear a conversation about hot flashes over bloody Maries. IRONY! 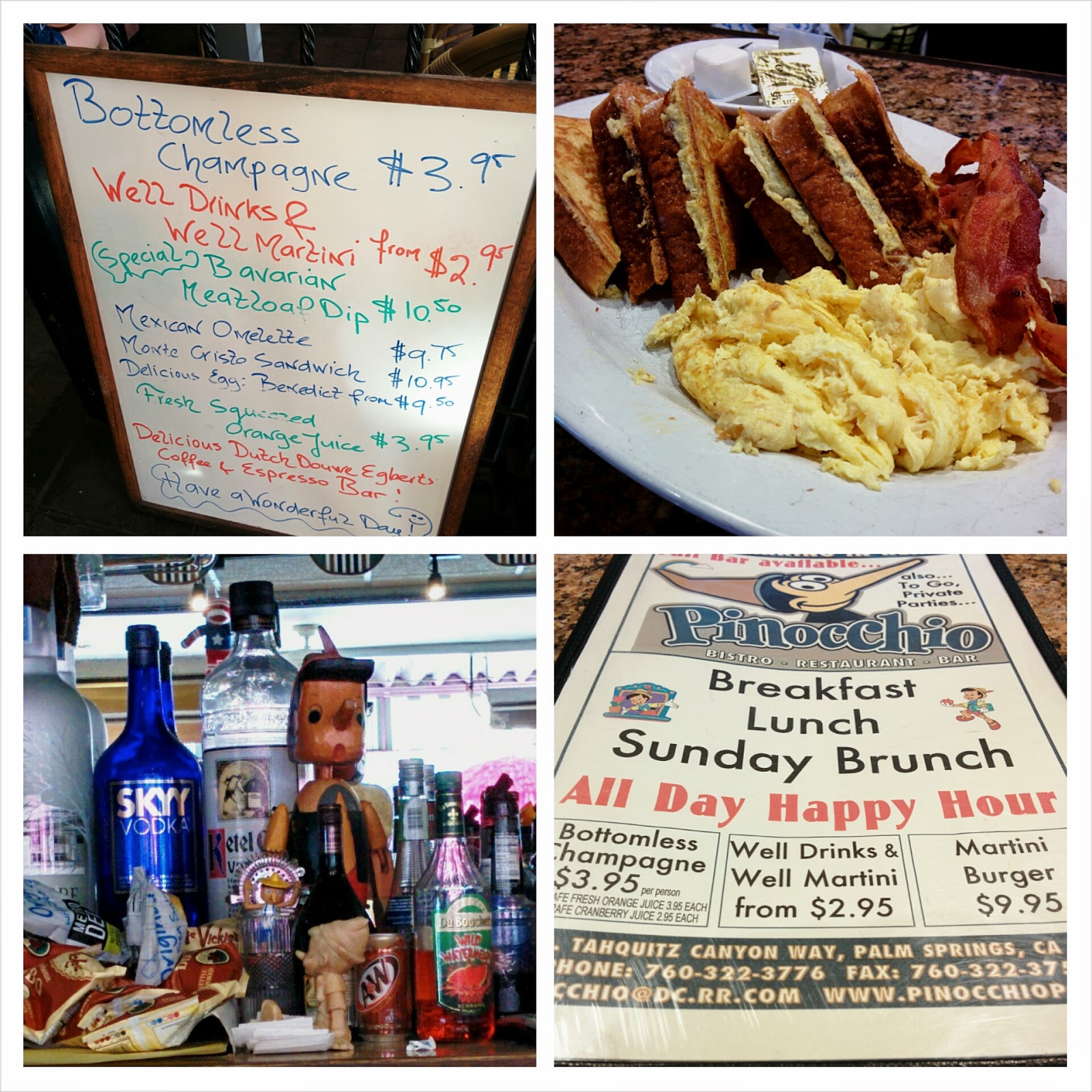 Yeah, it was fun!