Special events are the spices to condiment our lives. Is that too corny? It totally is. It's still true. For the last few weeks I've had nothing but crazy schedules, not enough sleep and LOWs (lots of work). So I had been looking forward to this weekend because I was going to take a much needed break Saturday night, and Sunday afternoon (Father's Day)! I worked for 10 hours on Saturday (yeah, I know, I've been bitching about it like-forever), but I was perked up because I was going to a friend's housewarming party afterwards. Also, I found out a high school friend was visiting Cleveland (yes, people do visit Cleveland) so I arranged meeting her after the party. So when the working day was over, I went to warm up that house, and in exchange, the hosts warmed me up with Caribbean food. There was Cuban-style rice & black beans, stewed chicken, and yuca (root, what Tapioca is made from). There were also desserts... Man, there was flan and tres leches (sponge cake soaked in 3 different milks). I ate some of everything and flushed all that food down with sangria. Yummy.

The house had been warmed, so my best friend and I went down to a bar to meet our high school friend. We really got some serious remembering done of some pretty good times, over beer. Who would have known that memory and beer could work on the opposite direction as well? The more you know...


The next day was Father's Day. Of course, my father lives in Puerto Rico, but my partner's family lives here so we get to celebrate his father. His mom organized a brunch at their place and took care of the food. We had scrambled eggs, fried chicken, breakfast links, quiche-Lorraine, hash browns, bagels, veggies... we had it all. We had biscuits, cookies, éclairs, and rum balls, her specialty, for dessert. Not only everything was delicious, but everything was beautiful. My only contribution to this feast was a fruit salad. It was a fairly simple one but it had a punch of flavor. I used one pound of strawberries, one pint of raspberries, one pint of blueberries, eight dried figs, and one apple. The apple and figs brought different textures to the salad. The crunch of the apple was absolutely needed and the tartness of the fig deepened the flavor. I made a simple dressing using the juice of half a lemon and 3 teaspoons of honey. I like calling this dressing the homeopathic dressing. Man, I did love having lemon juice and honey to treat my colds as a kid. Anyway, the dressing brought out the flavor of the fruits, gave the salad depth and prevented the apples from browning (reacting with oxygen and becoming Fugly). It was actually pretty good.

The next morning I realized that I needed some detox time so I needed to get back in the kitchen and do some cooking. I wanted something healthy, and as always, tasty. But I wanted something I could leave unattended to do some work. Apparently, I love asking for too much, so I also wanted something I could eat again the next day, because I knew I would be way too busy all week. I decided to roast a chicken. After I pat-dried the chicken, I seasoned it with a quick dry rub. I used salt, pepper, herbes de Provence, and brown sugar. I don't think I can share the quantities of those, though. It was one of those days I go on automatic, and it's as if a rat would take over and cook for me (I really have to get out more). All I remember is that the sugar was one teaspoon, because it was the only ingredient I actually measured. The side dish was supposed to be uncomplicated as well, so I just peeled 2 turnips, cubed them and seasoned them the same way as I seasoned the chicken, plus I drizzled them with olive oil. I placed the turnips on a Dutch oven, got the chicken on them (breast down), and roasted at 450 for a bit over an hour. I actually took it out of the oven too early and it wasn't ready so it had to go back in... I guess the thermometer is just not good enough for me.

When the chicken was actually cooked, it was all I could have asked for. It was juicy, tender and with a great flavor. I had dinner/lunch (dunch???) at one of my favorite restaurants a few days before and I had a half chicken... Mine was better! Plus, I love herbes de Provence. I use them for everything. LOVE them. The flavors of the turnips were great, and it did resemble the Kohlrabi from my very first blog post. I guess the internet was right about that one. It was a great combination that would otherwise be unlikely, and unseasonal. Sue me...


There was some leftover chicken and I had it, as planned, for dinner the next day. This time I had it with some whole wheat spaghetti, with a drizzle of olive oil and one ounce of freshly grated parmesan cheese, some fresh oregano, and fresh thyme, salt and pepper. It was nice, and life was good again.

Let's talk about efficiency and calorie savings. I really can't think of many things that can keep you full, satisfied, and happy for fewer calories. A turnip is just 30 calories for the whole thing. The chicken varies based on size and the piece you actually eat, but it can be very low-cal, especially if you avoid eating the skin (which was very hard in this case, because man, that damned skin was delicious). The spaghetti was about 200 calories per serving, and since mine was whole wheat, I was more than ok with it. So both dinners were less than 500 calories for me.

During these few days I got to hang out with friends, have a great time with family, and I even got to lose about 3 pounds. Enjoy what you like with moderation, and if you really like something, take your time to enjoy it.  Don't just shove it in and swallow (no comments, please). Take your time to enjoy the flavors and to enjoy your company. Give your brain the chance to get the message: "Dude, I'm good. You can stop now." Just listen to it; for Christ's sake, it's a brain. 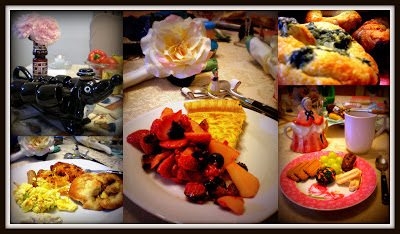 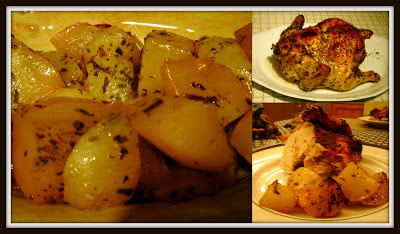 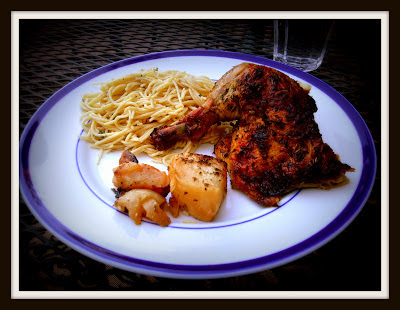