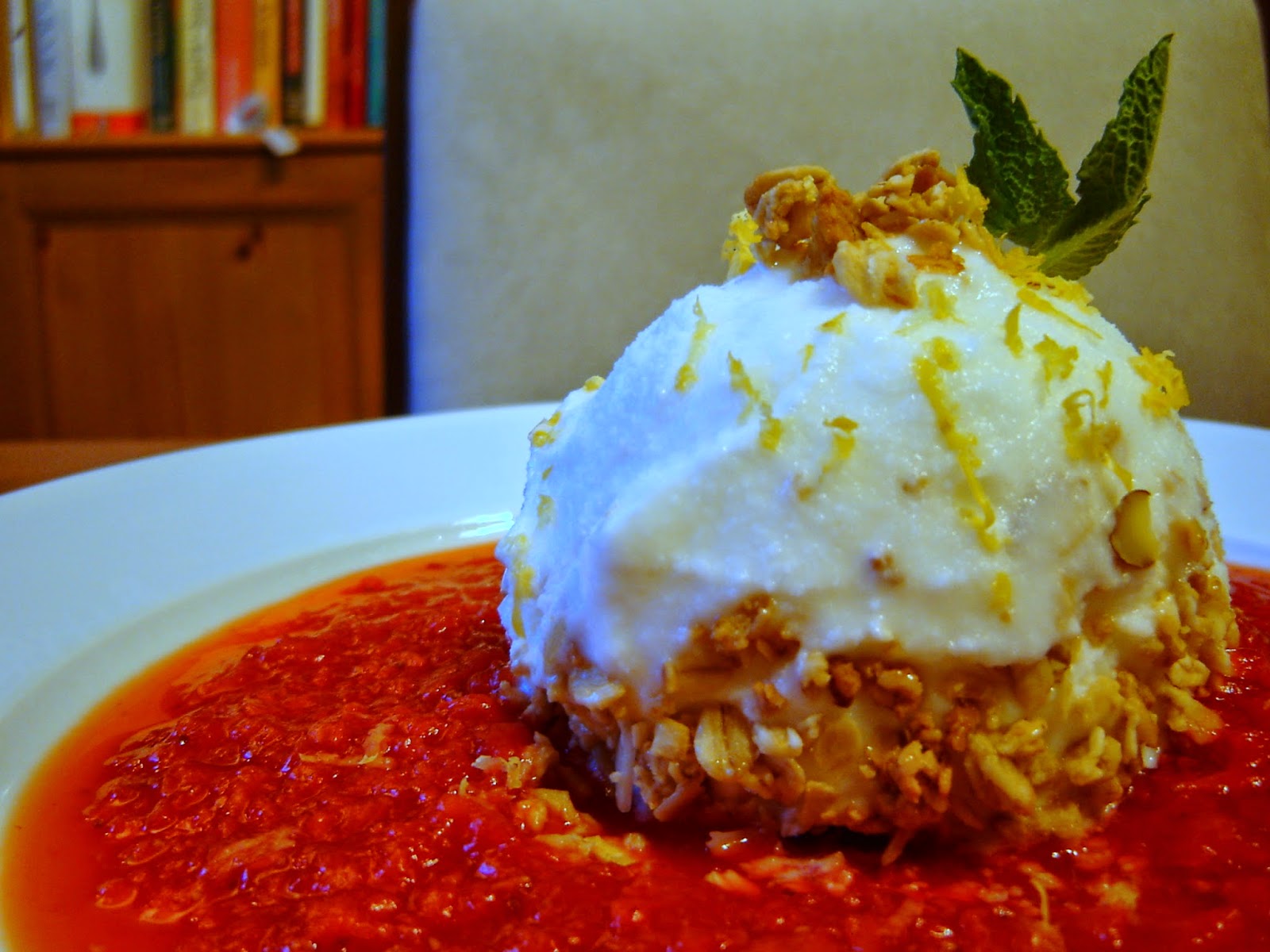 Like a kid on a road trip, I’ve been annoying the hell out everyone, myself included, asking several times a day the same question over and over again: Is it spring yet? Is it spring yet? Is it spring yet? And for months the answer has been: No, no, NO! So finally, the calendar decided that it had enough of me and my whining and decided to change its tune and went “Oh, yeah. It’s March 21st; it’s spring. You’re good to go. Bon voyage.” Well, apparently there was some sort of confusion, and we got pounded with a few inches of, not snow, but slush that made my life miserable. I can take slush like a Gleek, but it was a total pain in the butt to deal with all these bad drivers that were terrified, and driving 10 MPH in a 35 MPH zone going uphill. Besides that, the tulips were nowhere to be seen, as far as I know the daffodils were still six feet underground, and everything was white and grey as far as the eye could see. 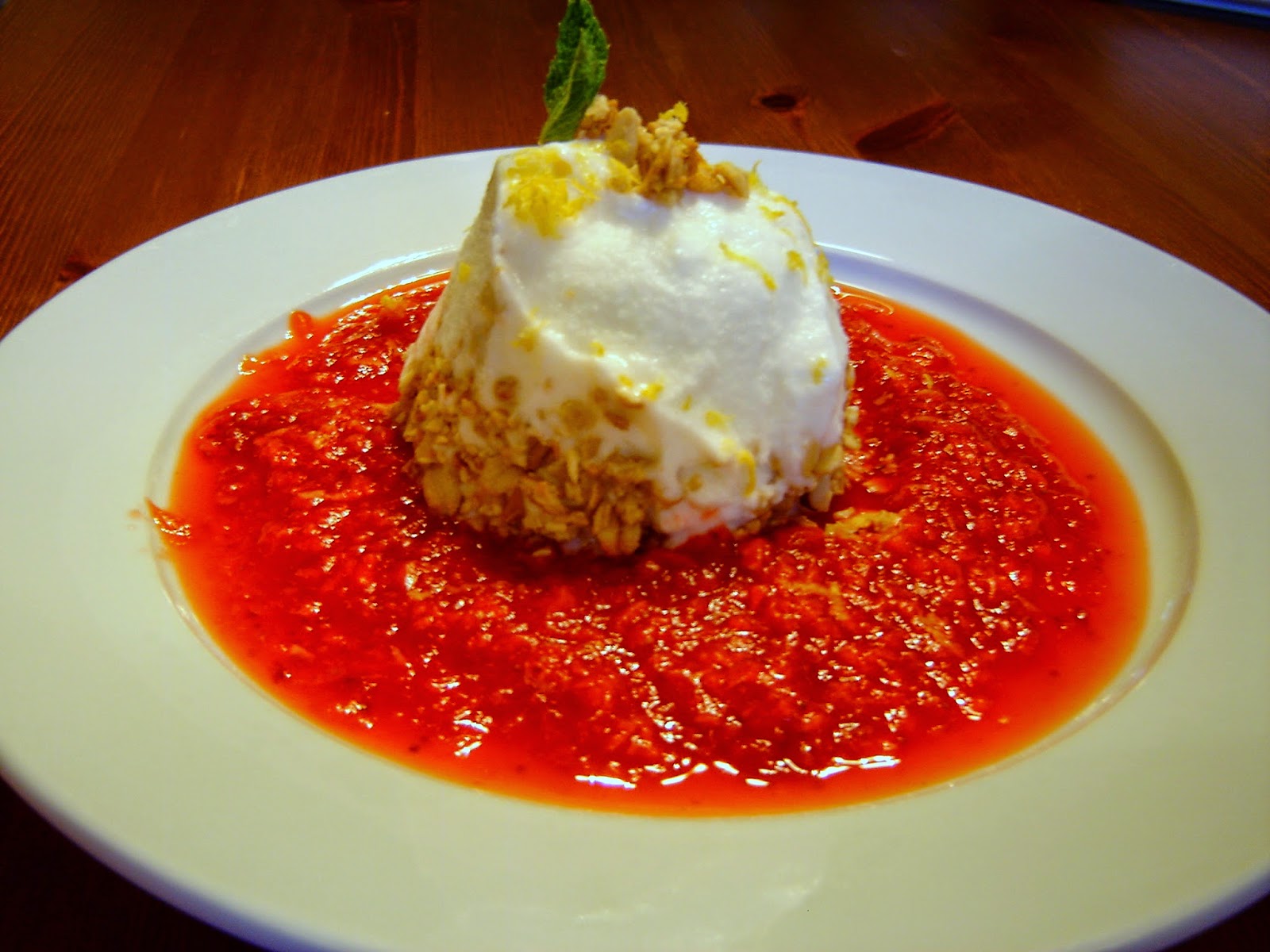 I know many people like the snow, and the cold, and the 30 minutes it takes to put on and take off all the layers of clothing you need to wear. I barely mind it myself, but by now I have had it, I’m done, and I wanted my Spring NOW! Well, in an interesting turn of events, we started our first whole week of spring-like weather with the highs in the 70s. I was extremely happy, until I realized I had to work late and the inside temperature in my building was in the mid-80s. Sweating time! I dealt with the heat like a good little trooper, and I eventually made it out of the lab, and then home. I was received by deer running wild through the backyard they think they own. When the hare saw me it went hop, hop, freeze-you can’t see me, but I could. The birds, blue jays and cardinals were warming up their pipes, singing and singing an anthem to spring, to the beat of their own drums, I’d say. And the squirrels were frantically doing whatever it is that they do, and they’ve been doing all winter long; bless their hearts. I refused to let a hot, stuffy day at work mess with what I’ve been dreaming of for months now. To celebrate, I wanted to make myself a cold treat. I made a lemon gelato (prepared the night before) with a granola crust and honey-strawberry sauce. At that point, spring had officially started! Hopefully it will be good to all of us! 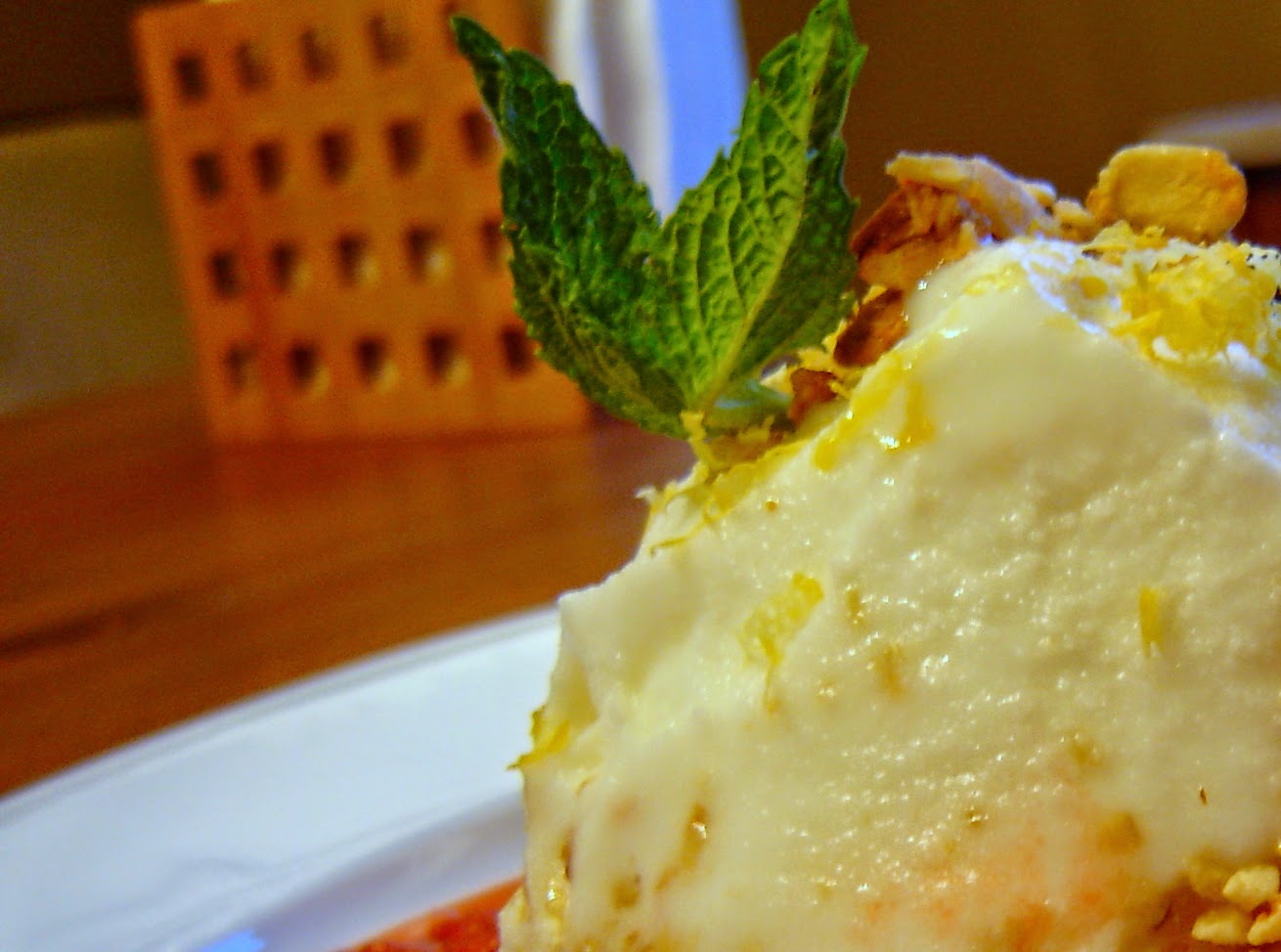 Chill a small prep bowl and a serving plate. 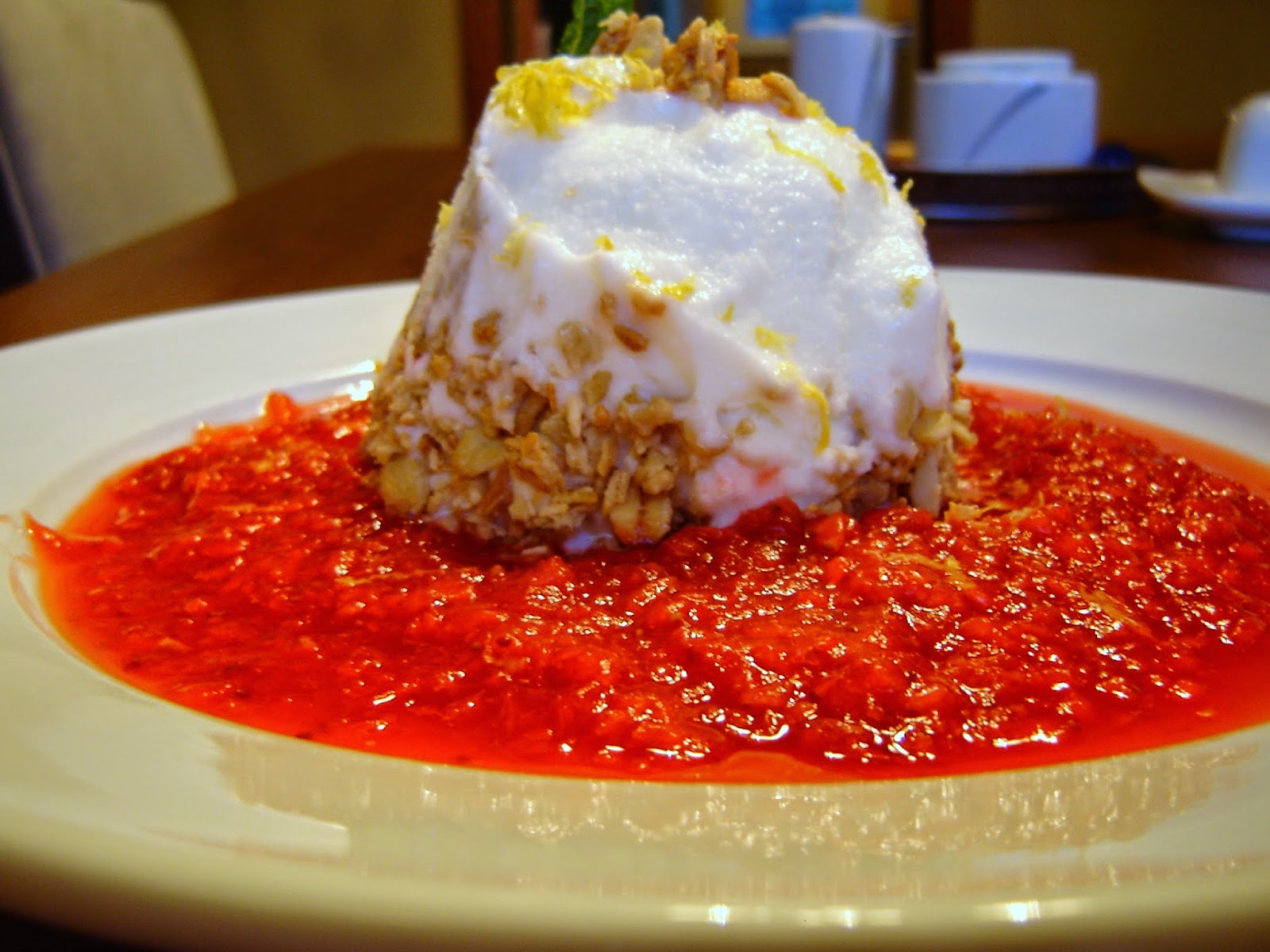 Using a mini chopper, or a food processor, gently pulse the granola to break down the clusters, and get smaller pieces.

Scoop the gelato into the chilled prep bowl, and gently press it down so it takes the shape of the bowl. Coat the top of the gelato by gently pressing the granola into it. Save some granola to garnish later. Keep in the freezer while you prepare the strawberry sauce.

Make the Honey-strawberry sauce, and let it cool (about 10 minutes).

Using a small butter knife or spoon, help the gelato out of the prep bowl and into the chilled serving plate, with the granola facing down. Add the strawberry sauce, and garnish with additional granola, lemon peel and mint leaf.

Gelato
4 cups half and half
2 cups sugar
½ cup freshly squeezed lemon juice, chilled
Combine all the ingredients, and transfer to the ice cream maker. Follow the manufacturer’s instructions.