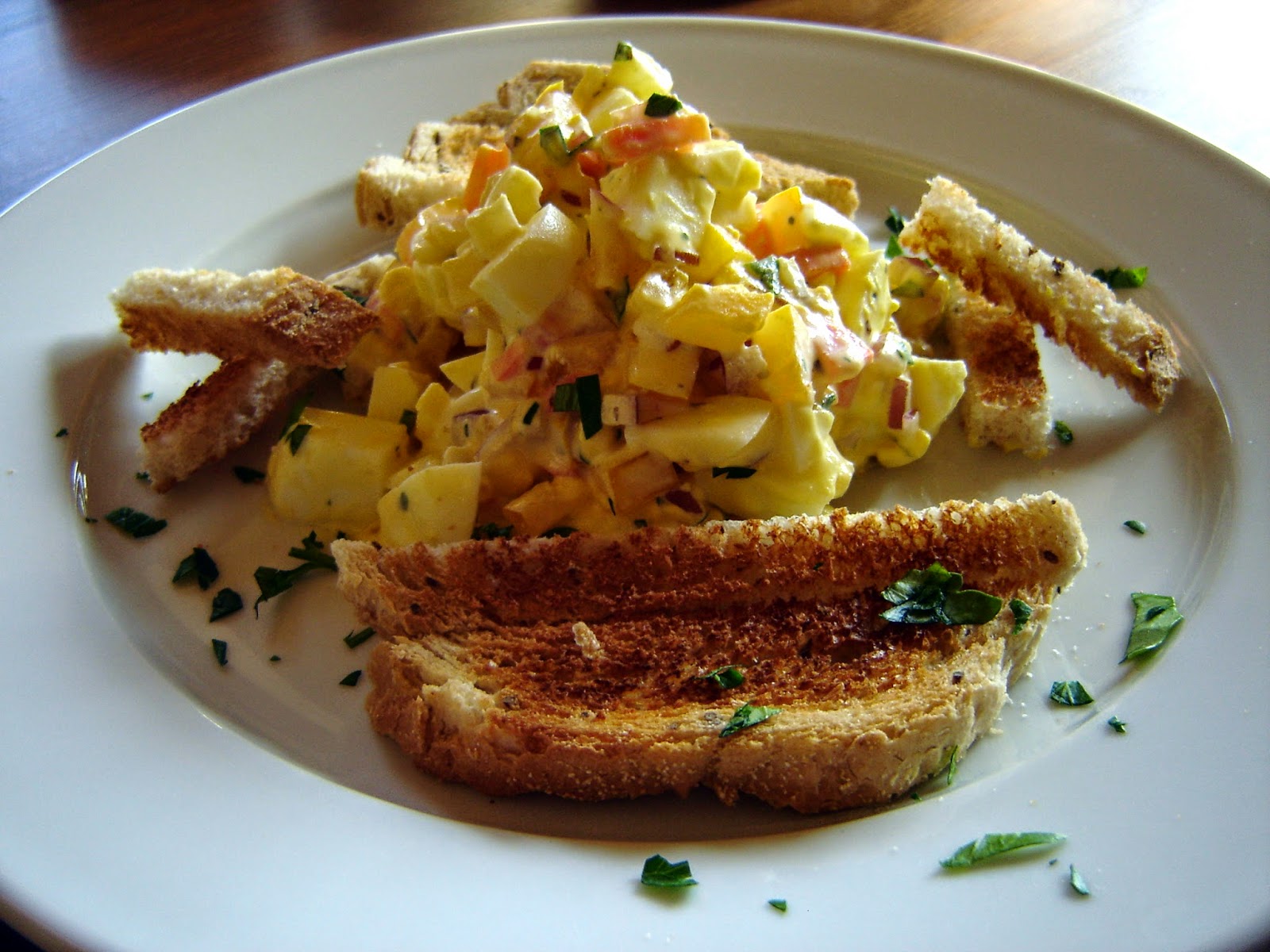 Spring has finally arrived, and the sunny, and somewhat warmer days are becoming more common. As each beautiful day passes, I’ve been growing anxious to break away from the last of the winter restrains I have. I want to resume my biking commute, and I want to go back to my weekend rides. My bike isn’t fancy, but I love it anyway. It’s a red trekking bike, and as such is designed to alternate between city streets and rougher terrains. It’s not too fast, but that’s ok; after all, I still have some of that Southern-Puerto Rican attitude where “to rush” is not really part of our lives. My bicycle is resilient. It has carried a much heavier me for thousands of miles, and it has survived it. Several times I’ve imagined the poor thing sweating with its tongue out and begging for a break. Instead, it has given me the other chin, and behaved like a real trooper. What a bike! 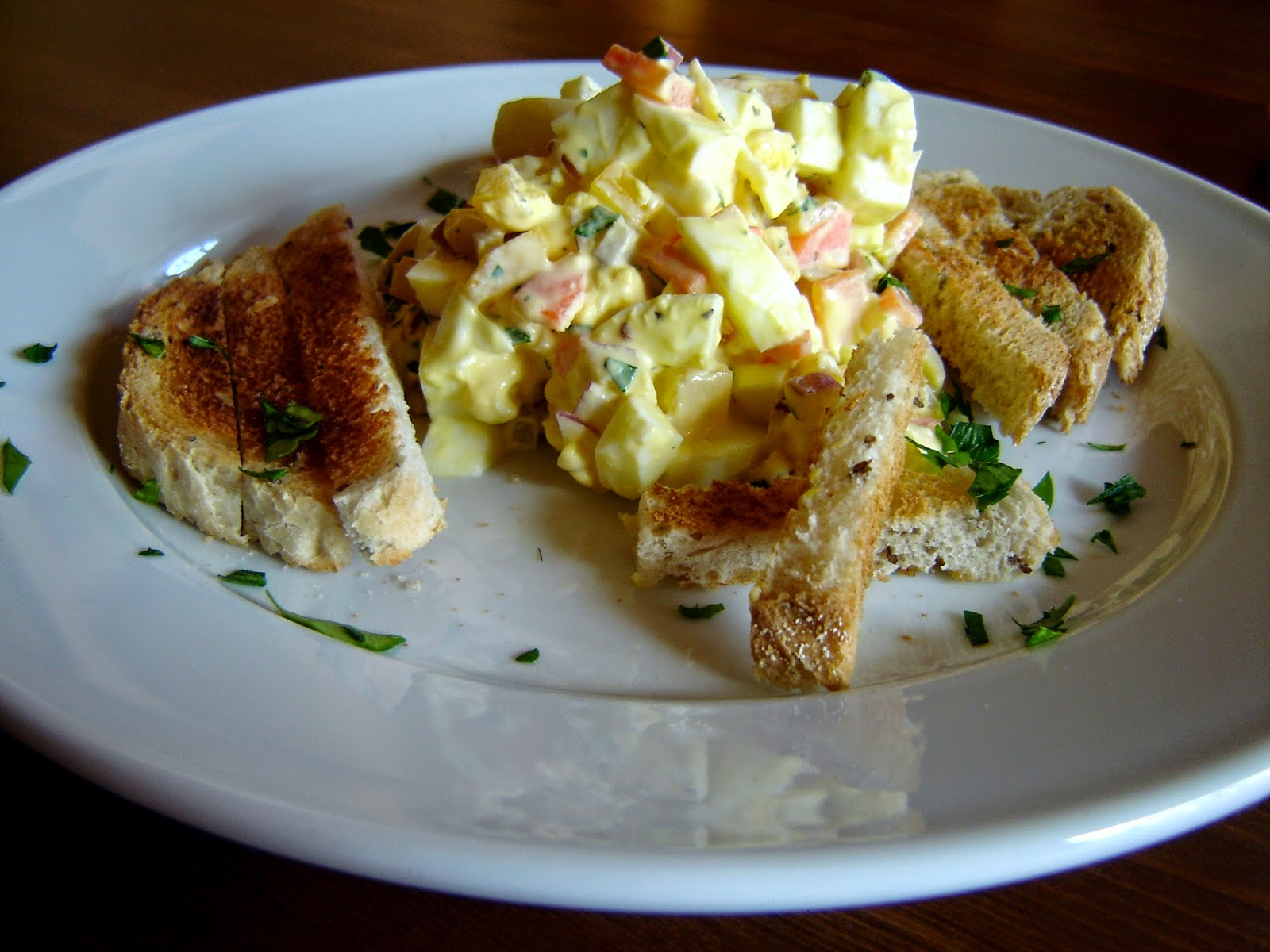 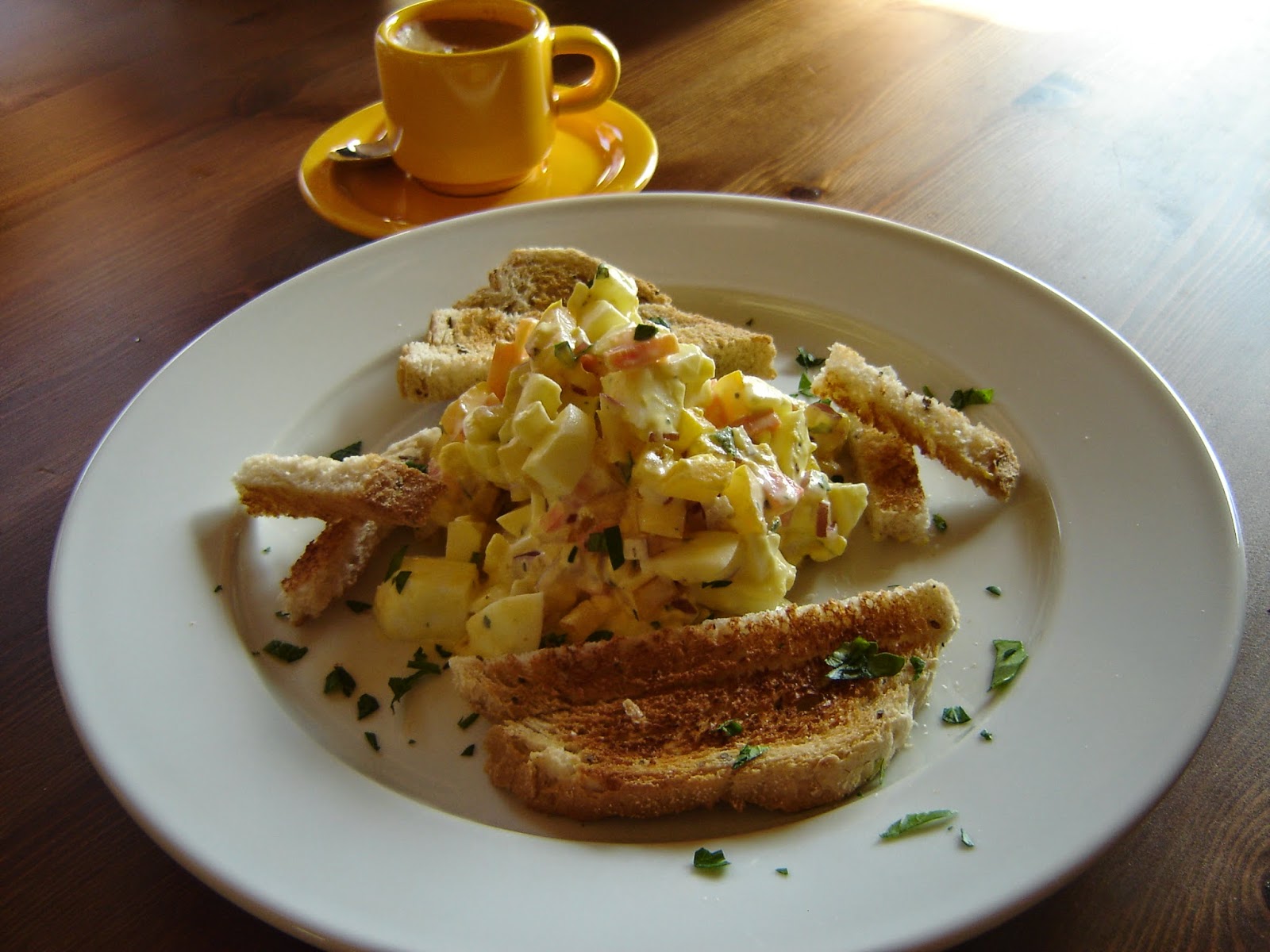 So this weekend, the Saturday before Easter, I decided to take the bike for a morning spin. To be honest I didn’t go far; I just rode it 4 miles to the gym. The wind was strong and the air was still somewhat crisp and cold. I didn’t care. I knew it would be but I still wanted to do it. I was afraid that the long winter had killed my love for the outdoors or biking, but every sensation was just as I remembered them to be. Of course I had forgotten how bothersome and painful the potholes feel in junk-ular area. But who cares. I was having a blast. 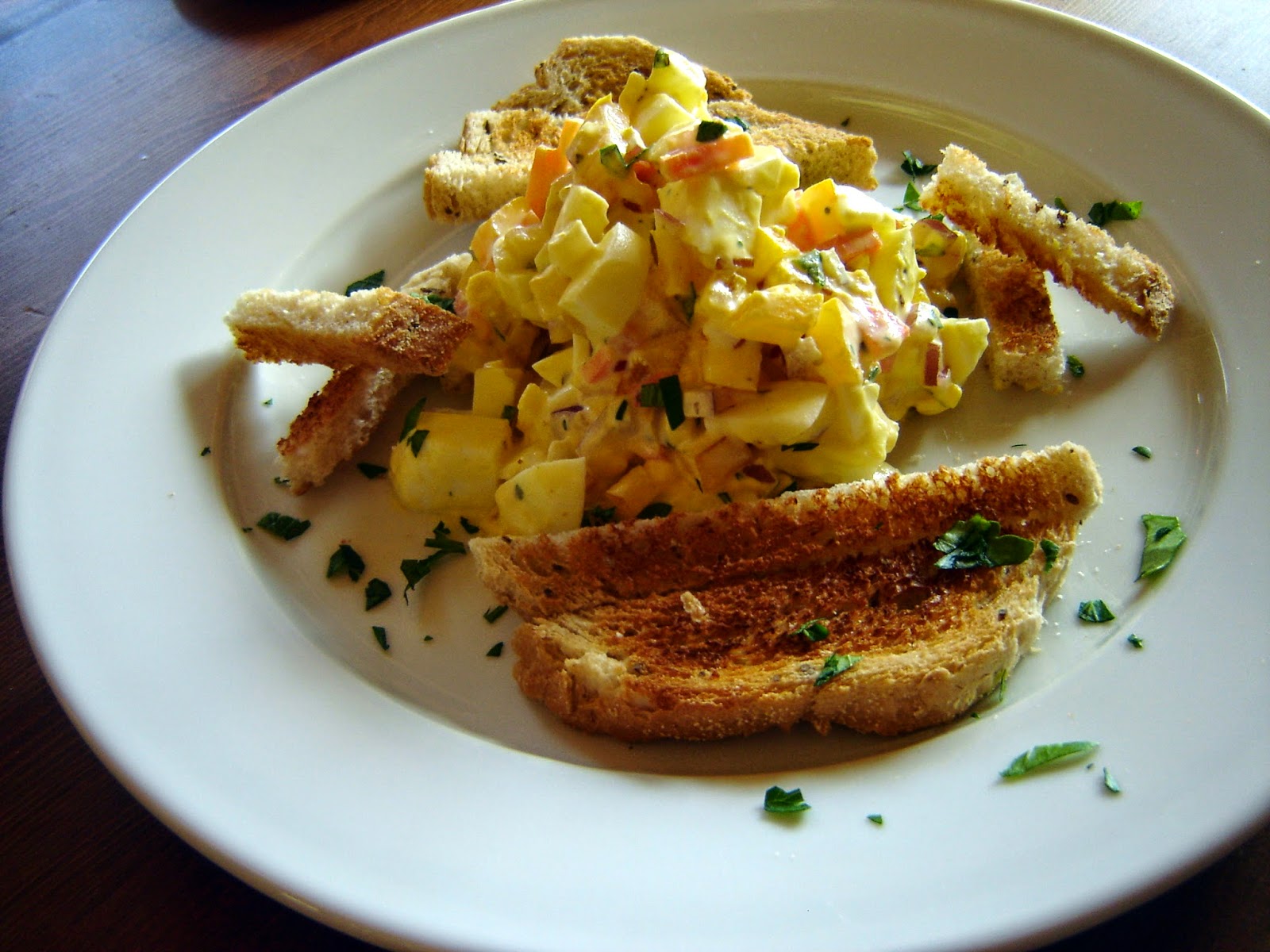 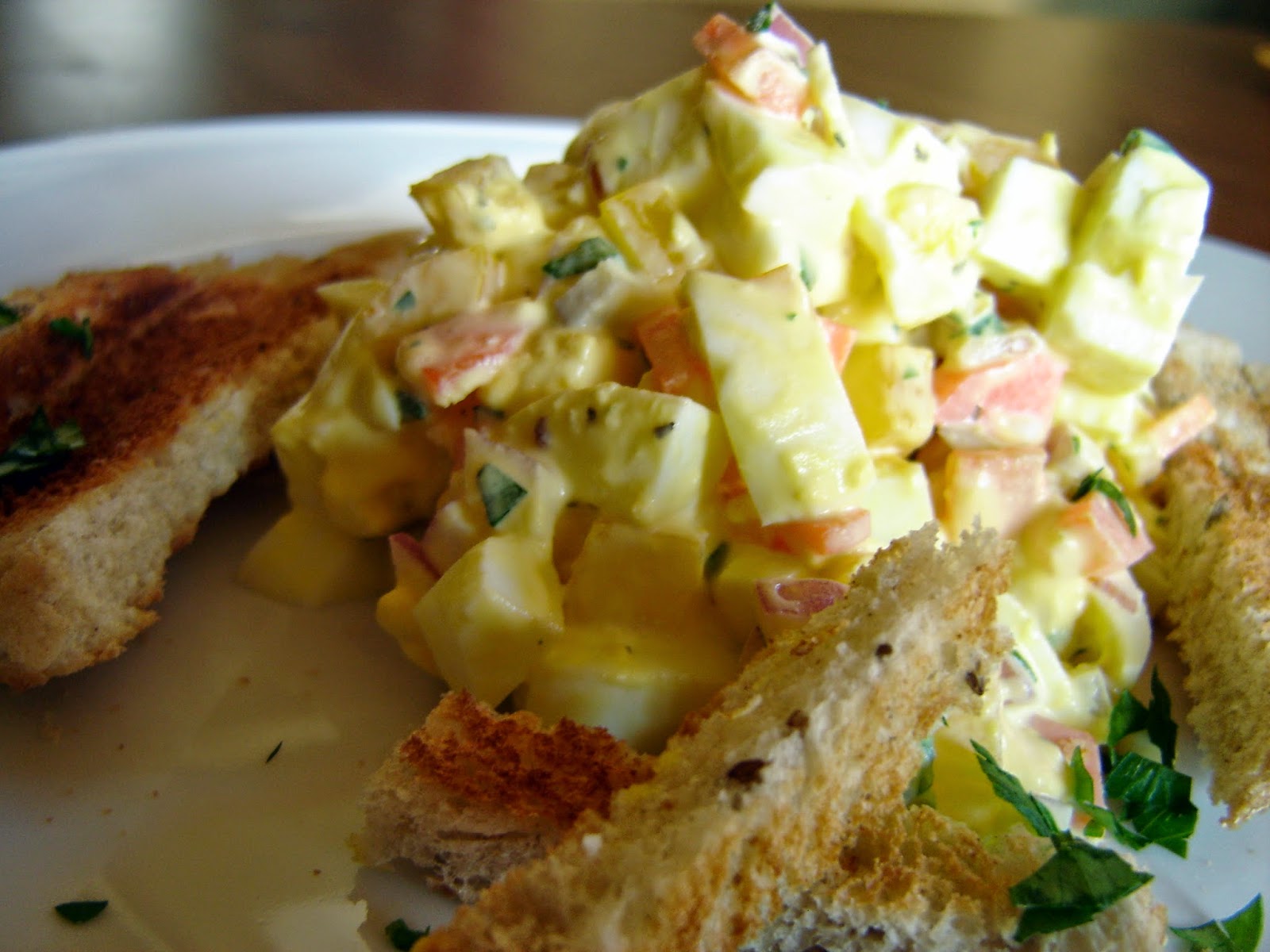 Easter Sunday has arrived, and believe it or not I felt sore all over my legs. Apparently, my workouts and my twice-a-week 5k runs on the treadmill work different muscles. No time to waste, though. We were having Easter dinner with our friends and our share of the Easter Menu was not ready yet. We colored eggs, made a raspberry cheesecake, and made two Romanian specialties: a cozonac (akin to a nut roll and panettone) and salată de boeuf, a close relative of the Russian salad. Our friends made a nice lamb roast, and served them with white beets and blue potatoes that were awesome. They had, among many other goodies, more eggs. 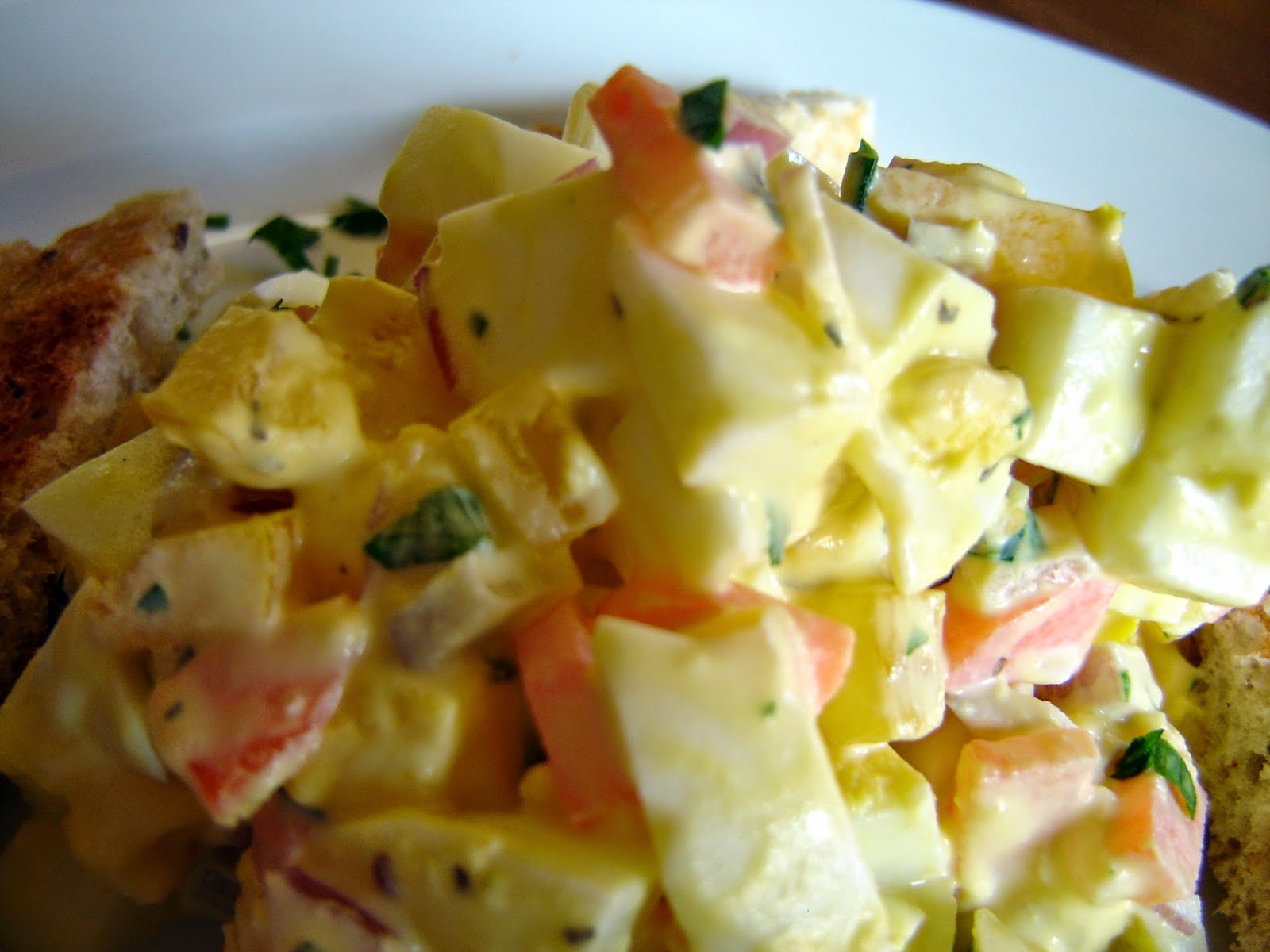 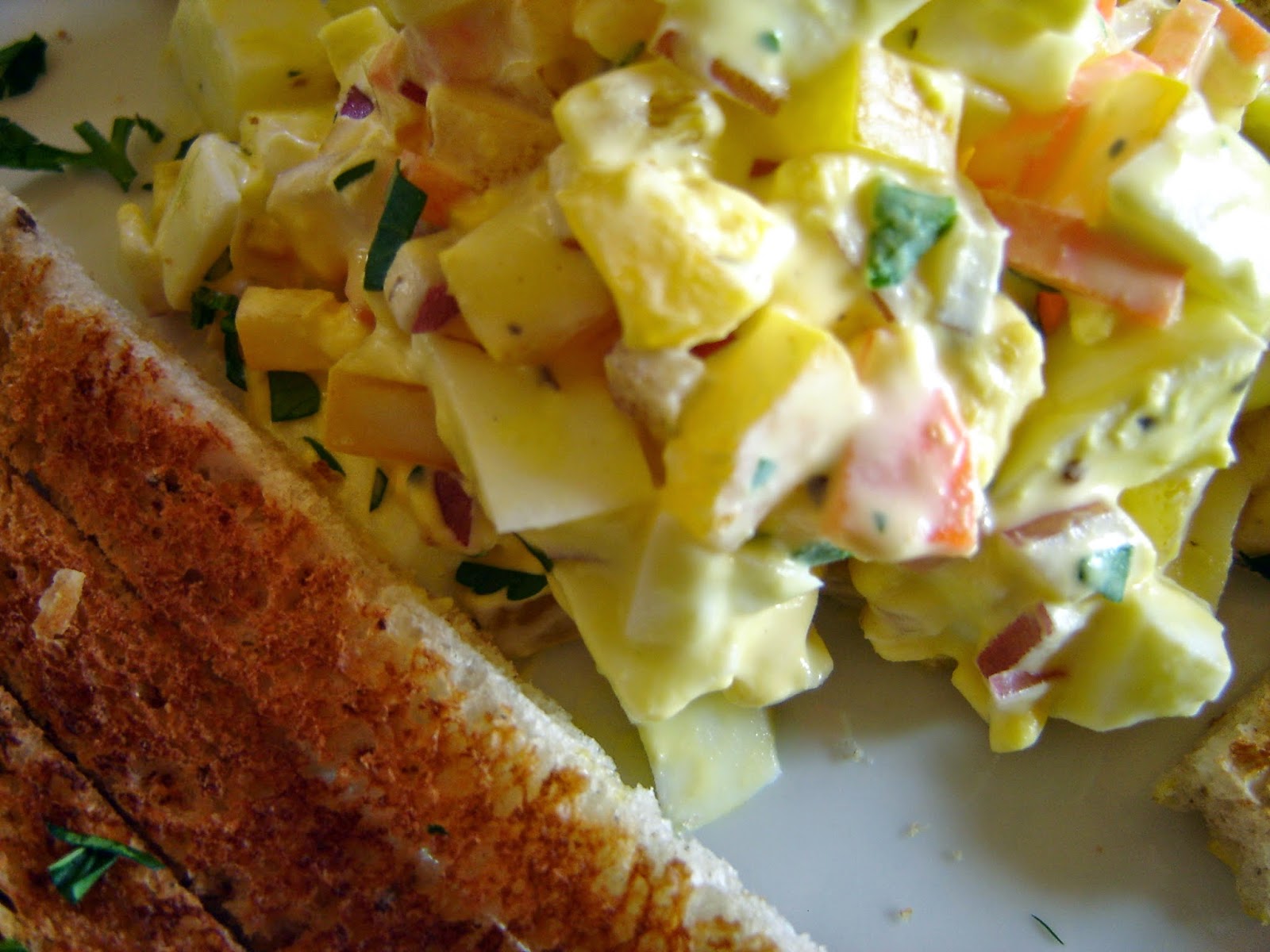 I started thinking of what would be the best way to deal with the leftover eggs. We have plenty, and I thought it would be awesome to make something with them. Since we were indulging so much during our Easter Weekend, I thought the best thing would be to make a healthy egg salad. I love egg salad, but I can’t really justify eating all that mayo. But I love the mayo flavor!!! To resolve my dilemma and address both my interests (health and flavor) I decided to make a dressing that uses mayo, but it’s complemented with Greek yogurt. It’s my go to alternative for potato salads and slaws! Works every time and I love how it tastes. 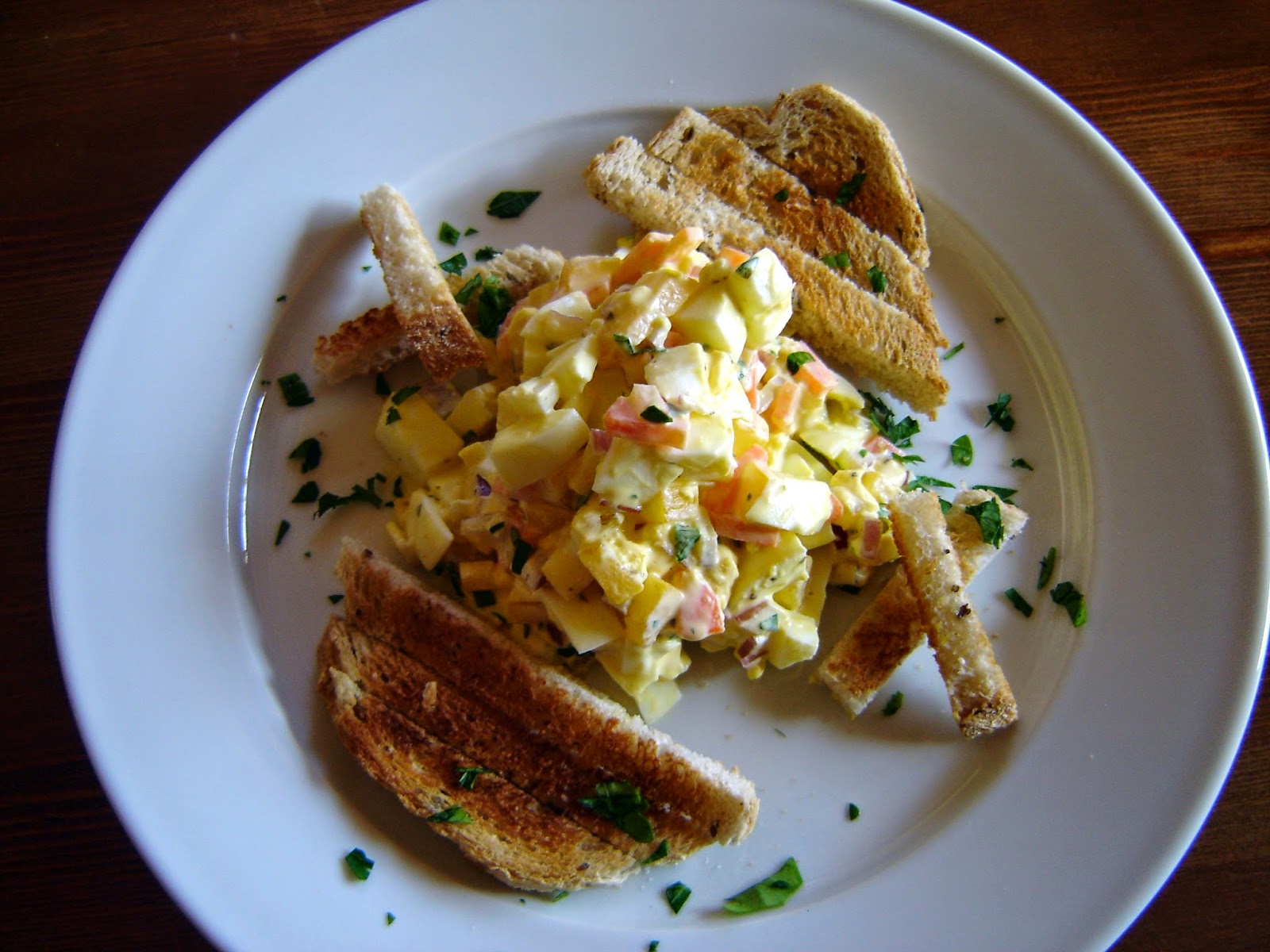 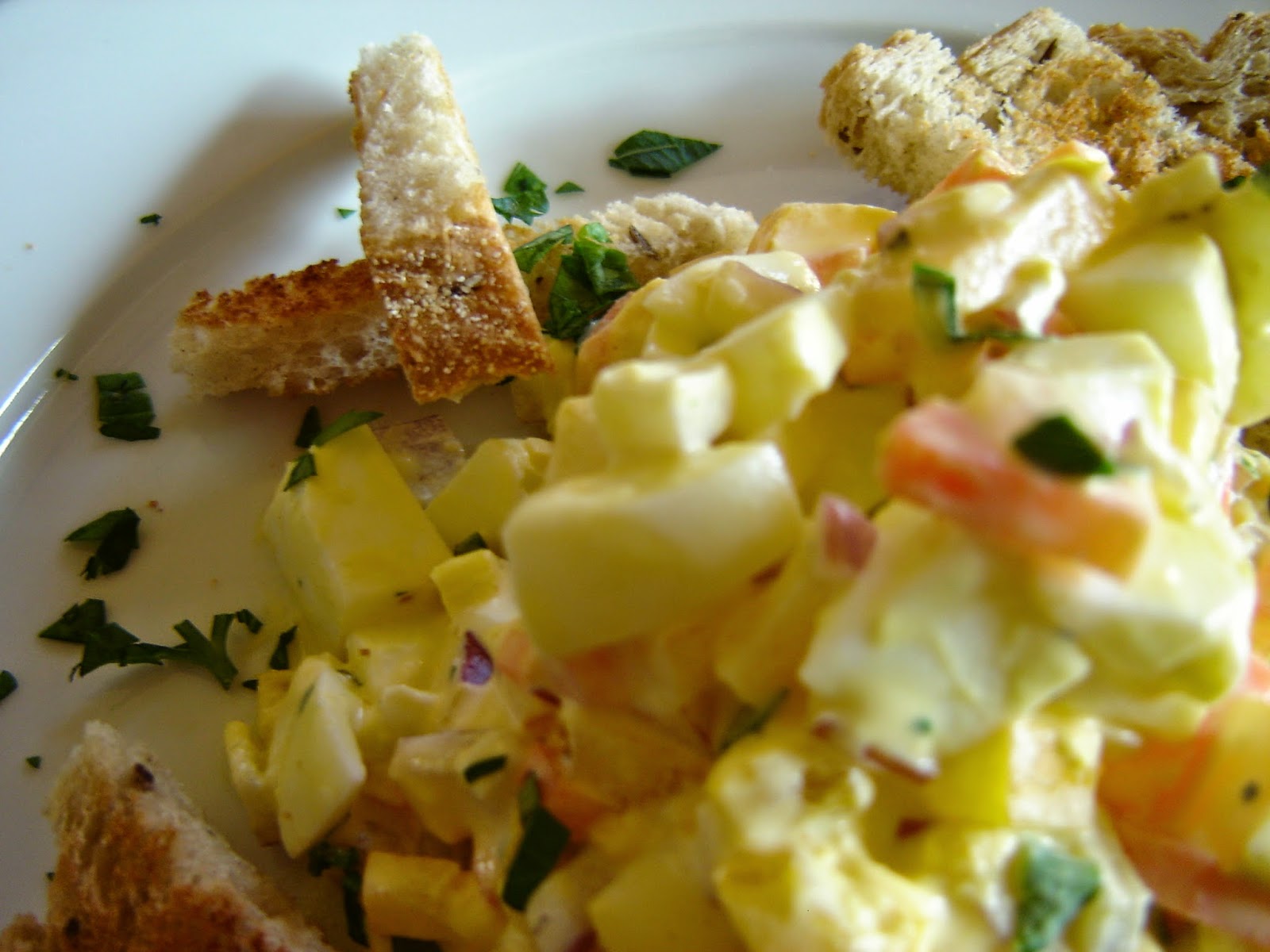 Toast (I served my rye toast sliced into strips)

Combine eggs, onions, carrots and parsley. Add the mayo, the Greek yogurt, salt, pepper and dried basil. Toss them well until everything is combined and dressed.
Serve with toast.
Posted by Angel at 9:04 AM