Summer is almost (and practically) over. For the most part, it was a short, hot, rainy summer, and just when it finally started behaving like a good summer should, it was over. But there's no point in dwelling on it anymore. After all, life is all about endings and new beginnings. Gone with the summer are friends who officially said farewell to the city and moved on to new lives and new adventures. In fact, for the second time this summer, I had to say goodbye to a cherished friend. I had planned to stop by the airport last Sunday afternoon to say farewell to our friend. But before that I had to buy groceries for the week. As if it wasn't an emotionally charged day, I came to the sad realization that gone were the days when cherries and berries popped at every corner of the market, and that soon many more would follow. There you go Ángel; you've got your memo: "summer was over".

I managed to finish my groceries without falling victim of depression, but I was hungry. Sweetie, hungry is an understatement. I was starving. The only logical thing for me to do was to stop at the ice cream parlor next door, and get me some ice cream. (Just for the record I was hungry, not stress eating...) Oh, was I disappointed with my ice cream? I won't go into details of why, but I wasn't too happy. So now summer was over, ice cream was bad, and my friend was leaving. I've just had it. It was about time for me to take matters in my own (brown) hands. Of course, I could do nothing to extend the summer (since I'm not that good at the whole messing with the weather with magic - a la "The craft") and I wasn't about to tie our friend to the city so she wouldn't fly away. But I could do something about the ice cream situation, and as God is my witness, I did. 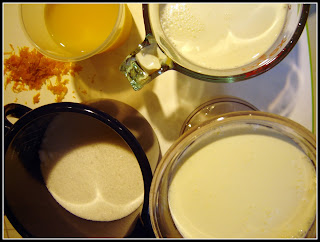 I decided to make an orange ice cream, which is the simplest thing in the world, but the reward is completely out of this world. Sometimes I make low fat ice cream and frozen yogurt, but there is nothing like the real thing. I decided to just go all Paula Deen (minus the butter, y'all) and get a great ice cream that will 1, make me forget about that other ice cream, 2, make me feel better after the farewell and 3, help me extend that summery feeling for just a bit longer.

Normally I would squeeze oranges for their juice, but I still had store-bought 100% orange juice from the farewell party we had a weekend ago, so I used that instead. To add some complexity, and more of a natural taste, I decided to  incorporate the zest of an orange. I started by adding the zest to the sugar. Then, I added orange juice, heavy cream, and half and half. That's all it takes. 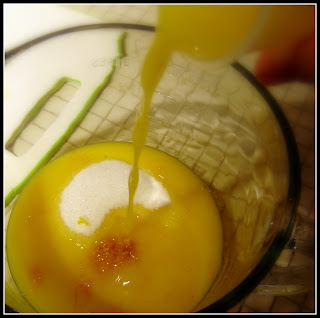 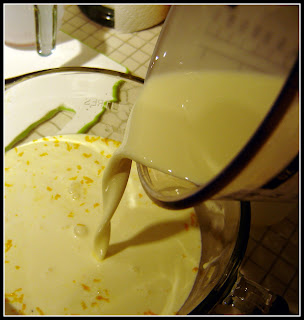 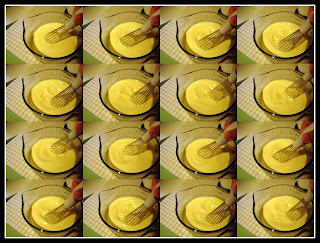 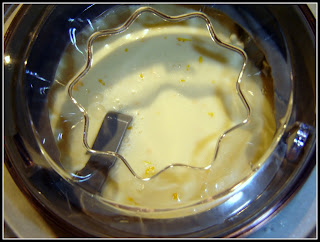 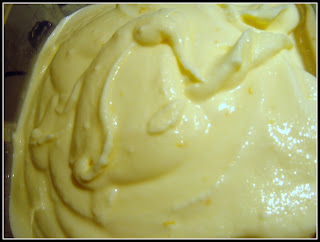 Oh, I have to say this is one of my favorite ice creams. I love the flavor, because the OJ and the orange zest give it great aroma and a somewhat sweet, yet delicate flavor. All that heavy cream made the ice cream, well, creamy. It had a perfect consistency so it scooped beautifully. 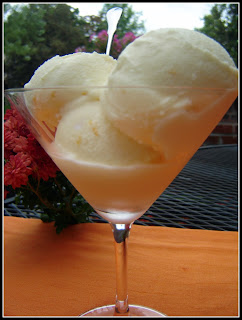 I usually don't care too much about calories in ice cream (as long as it's simple and not filled with brownies, moose tracks, and such) because the serving sizes are not that big. They are usually less than 400 calories (this one has 389 calories for a generous 1/2 cup). It's not bad for such an indulgence! Just like with booze consume responsably. 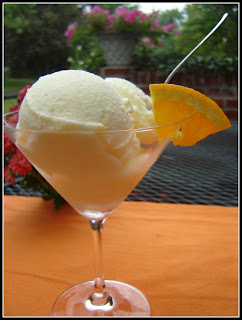