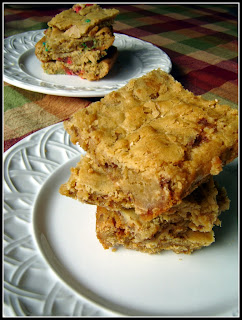 It’s almost Halloween. I’m not sure why, but I’m excited. To be honest, as a kid I didn’t really care for Halloween; I didn’t get excited about wearing costumes and I didn’t really like candy that much either. Now that I think about it, I’m quite surprised that my parents didn’t take me to a psychiatrist or to some sort of counseling service during my childhood. A kid who doesn’t like candy? We’ve all seen Dexter; there's only so many ways this story can end… Just when you thought I couldn’t be any weirder, I feel compelled to confess I hated birthday cake too. People get a bit touchy when it comes to celebrating life events so I had to bite the bullet and eat the damned cakes, but every time I had to, I thought of how annoying it was the fact that there was always a cake. I would do my best to get rid of most of the frosting, “the worst part of the cake”, and I’d dig in. So I guess it won’t be hard to understand that I never insisted in getting the sugar flower either. 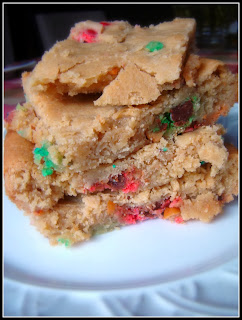 I’m glad to say that somehow I didn't grow up to be a psycho (although I can be very mean, especially when I’m hungry). Although I never developed a sweet tooth per se, I do enjoy deserts now. A few years back I visited our neighborhood’s bakery in Cleveland Heights and I discovered a simple dessert that stole my heart, the blondie. I am not a brownie person (no racism implied) so I was eager to try this “alternative”, but I did not expect to get hooked. Blondies are dense, flavorful, and you can whip them up faster than what it takes Cleveland to get cold (BTW, it’s still October and we already had at least 3 inches of snow, just saying).

I decided to make a special Halloween treat and share it with y’all in advance, hoping I can inspire you to make a special something for the grownups to enjoy on October 31st. In the spirit of Halloween, I’m somewhat ignoring the calorie aspect of these blondies and calling for moderation instead, although with these, it's a hard thing to ask for. I made two batches of blondies: M&M blondies, and Butterfinger blondies. They turned out so delicious and I must admit it is quite hard to eat just one.  I’m planning on making them again to eat while we hand out candy to the neighborhood kids . Enjoy, and Happy Halloween! 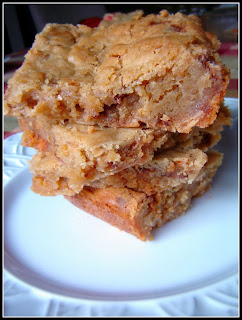 1 stick of butter, melted
1 cup of brown sugar
1 large egg
1 teaspoon of vanilla extract
A pinch of salt
1 cup of flour
A package of M&M (peanut M&Ms, about ½ cup, but it’s better if you use 1 cup, though), or 2 packages of Butterfingers (about ¾ cups), roughly chopped

Using an electric mixer beat the butter and the brown sugar until they are smooth. Add the egg and the vanilla extract and keep mixing. Stir in the salt and the flour. Pour the batter into a greased 8”x 8" baking dish and bake at 350F for 20-25 minutes (the M&M ones were done in less than 25, but the Butterfingers took close to 30 minutes).

Note: I've had great success mixing the ingredients by hand, so the electric mixer is not absolutely necessary.