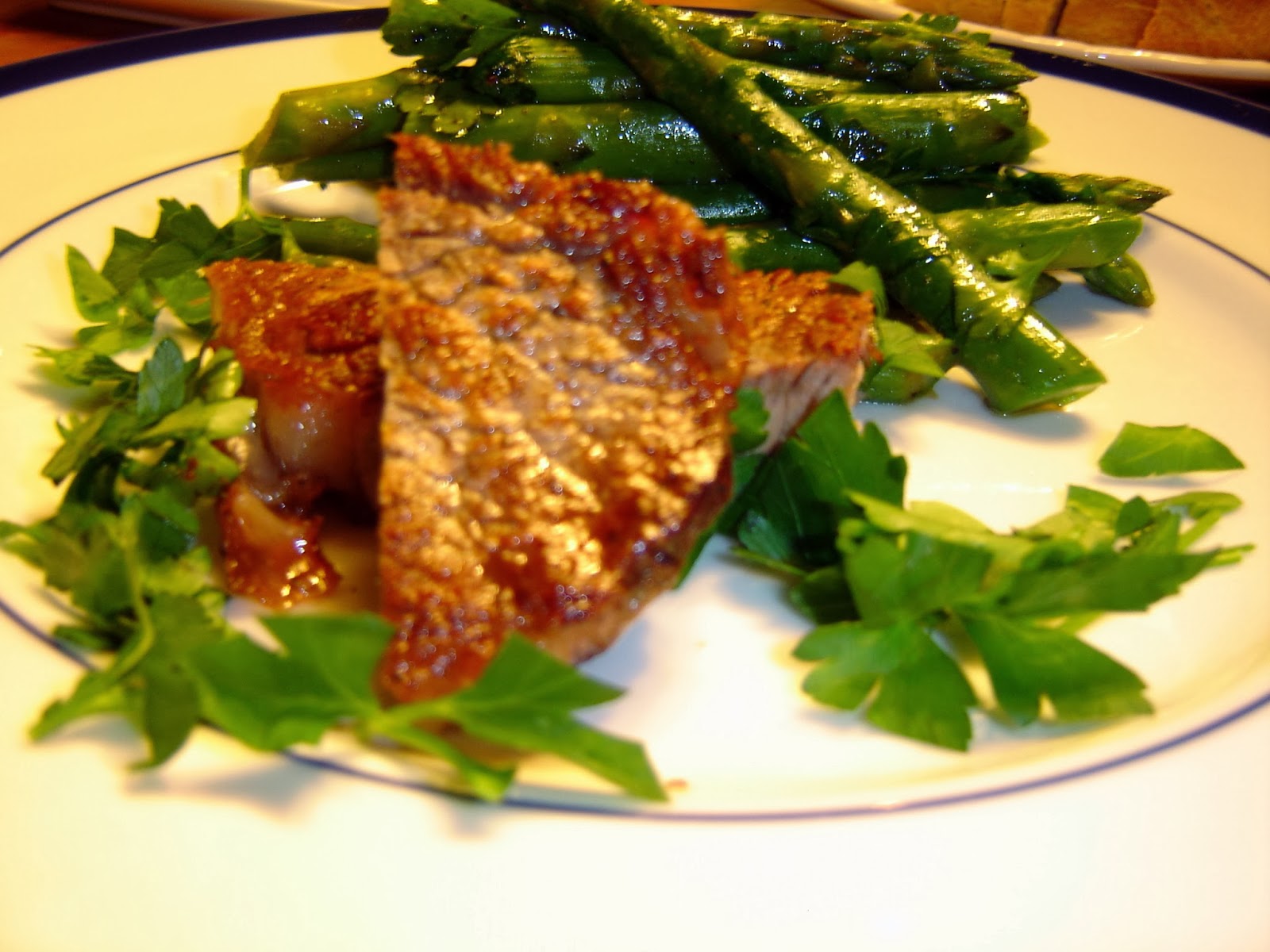 It was indeed, a fun weekend with super warm temperatures (above freezing). We even flirted with the 50s. Of course, that meant that all that snow we had around turned into black ice, reigniting the decades old passion between my butt and the ground. Still, I survived, and made it to the Cedar Lee Theaters to watch Gloria. If you haven’t heard about it, you might be missing out on a pretty cool film from Chile about an upper-middle-aged woman who wants someone to spend time with. Dear Lord, who knew dating in your mid-50s could be so challenging? The movie was, of course, in Spanish which presented me with the challenge of not-reading subtitles.  The first minutes were a struggle. Why on Earth was I reading them? Reading translations of your own language can be very distracting. I also found myself reading the lyrics for a concert I went to. It was Apollo’s Fire, our local “popular and critically acclaimed baroque orchestra” (in their own words…), performing a program on Sephardic Jews and their music. Their language is based on medieval Spanish and I’ve always found it cool to read and listen to. When I found out about the concert, I knew I had to go. At this point though, I wasn’t dealing with translation issues. It felt more like being in karaoke night somewhere, so the challenge was to not sing along… much. 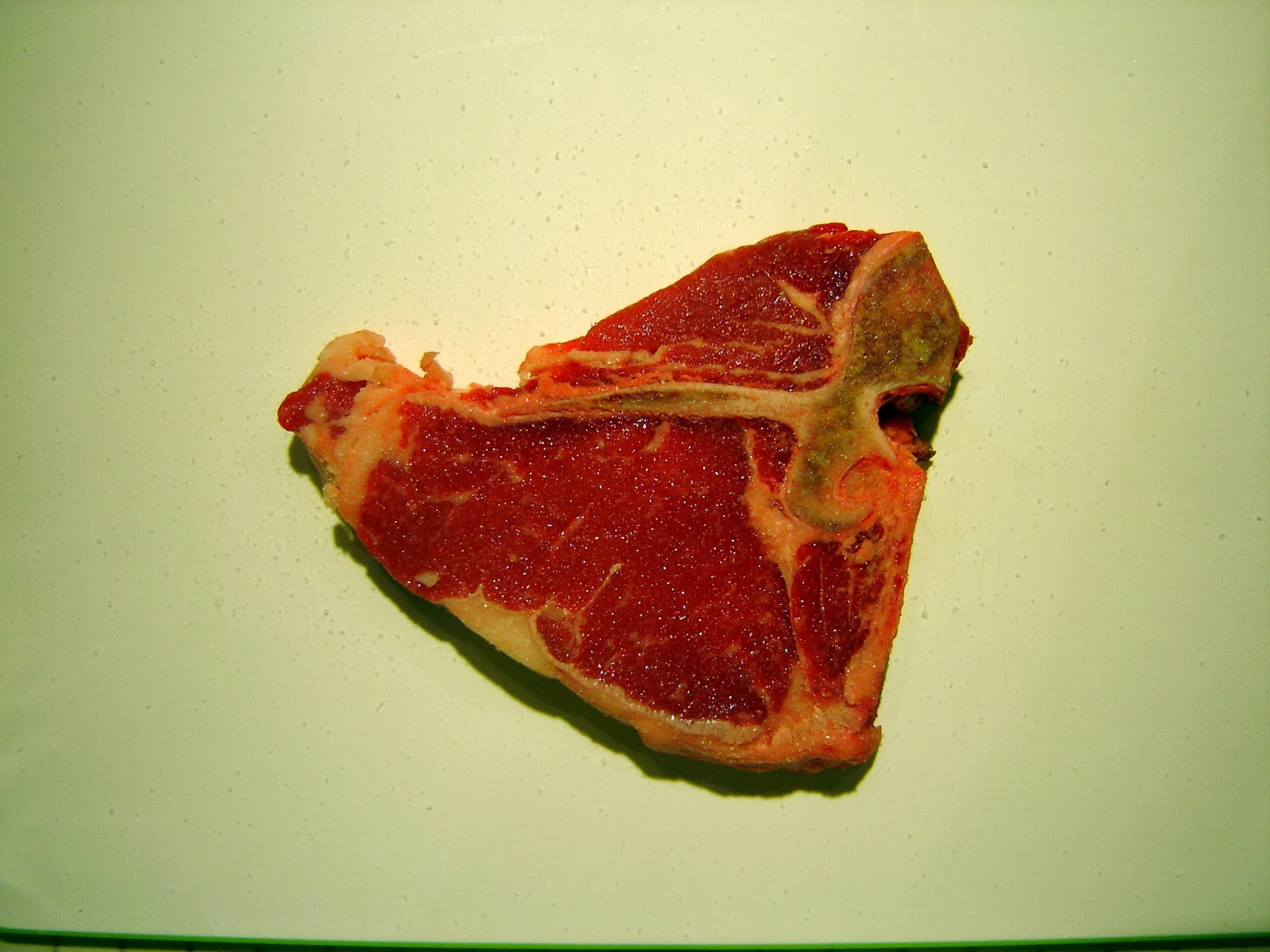 To top it all, I met my bff at one of our local breweries and drank the night away. Actually, there was actually quite some moderation in our drinking. We used to outdrink everyone everywhere we’d go. Nowadays we are practicing moderation. Still, we spent the night drinking hefeweizen and wheat lagers while having a friendly Uno match. We may have not been drunk, but we may have made up a rule here and there while playing. But you know it’s all good as long as everyone agrees and follows those rules. Besides, there are worst things in life, like that time I crushed my friends playing monopoly a few years ago simply by being really bad at math… Anyway, I know it sounds weird to play games in a brewery, but that’s how Bottlehouse Brewery rolls. And it was pretty fun. 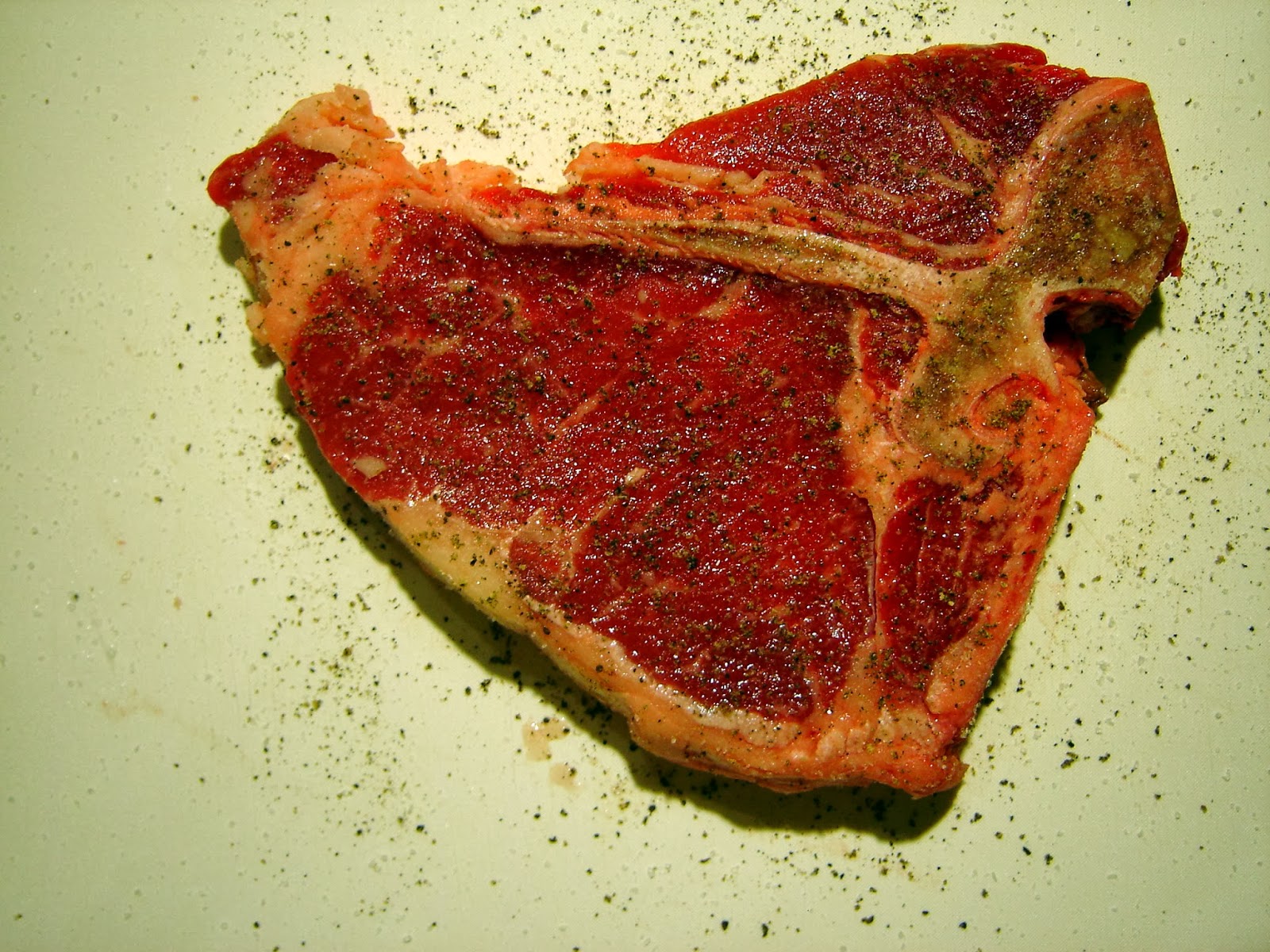 I had pretty good food through the weekend as well, including what is one of the best restaurants in town, and what it’s for sure the best Mexican restaurant around. By Monday I felt inspired to make a dinner that will help me with the transition towards eating more “homey” meals throughout the rest of the week. I went with a porterhouse steak with blanched asparagus. I like grilling steaks, but most of my experience with them comes from cooking them on the stove. Since it was a nice steak, I decided to keep it simple. I seasoned it with salt and a little bit of pepper, and then basted it with butter. It was rich in calories, so I opted for portion control with this one. I made a 12 ounce steak, so I sliced it after cooking it and served it as two servings (and in the typical me-fashion, I ate the smaller portion to push the calories to someone else, lol). I served it with blanched asparagus, dressed in some of the renderings from the steak. 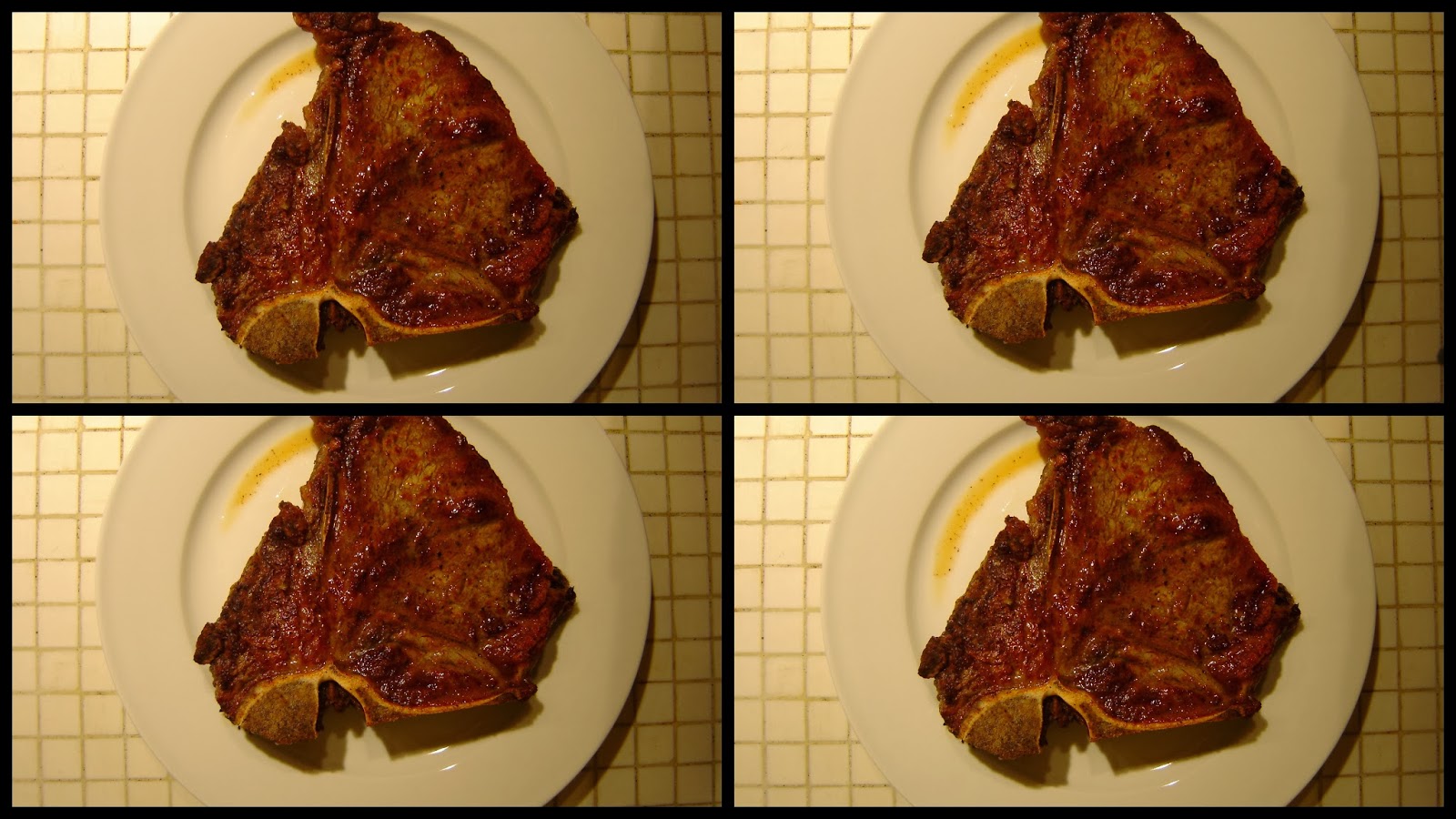 The steak had a perfect sear and was done to the temperature I wanted it to be (medium well, which is slightly more than the recommended medium rare). The renderings did wonders for the asparagus! Omigod, they were amazing. I don’t know how I can eat asparagus any other way now. But I can’t get too used to them: the fat content is too high. There’s fat from the steak, from the oil used to sear it and from the butter. Through portion control (eating about 3 ounces of the steak, and half the asparagus bunch) this plate was probably about 400 calories, and the other larger portion of steak should be in the 500 calories. You only live once though, so I went for it, and then I went back to eating normal.

The perfect end to a perfect weekend!

Get the steak out of the fridge, and allow it to reach room temperature. Season it with salt and pepper.
Start the oven’s broiler. Preheat an oven-safe iron skillet over medium-high heat. When hot, add the oil. Sear the steak for about 3-4 minutes. Flip the steak and dot the butter over the steak. Transfer to the oven and broil for 5-6 minutes for medium, or to the desired doneness.
In a sauce pan with boiling water, blanch the asparagus for 2-3 minutes. Drain, and transfer to a mixing bowl. Add the chopped parsley. Use 1 tablespoon of the steak’s pan juices to dress the asparagus.