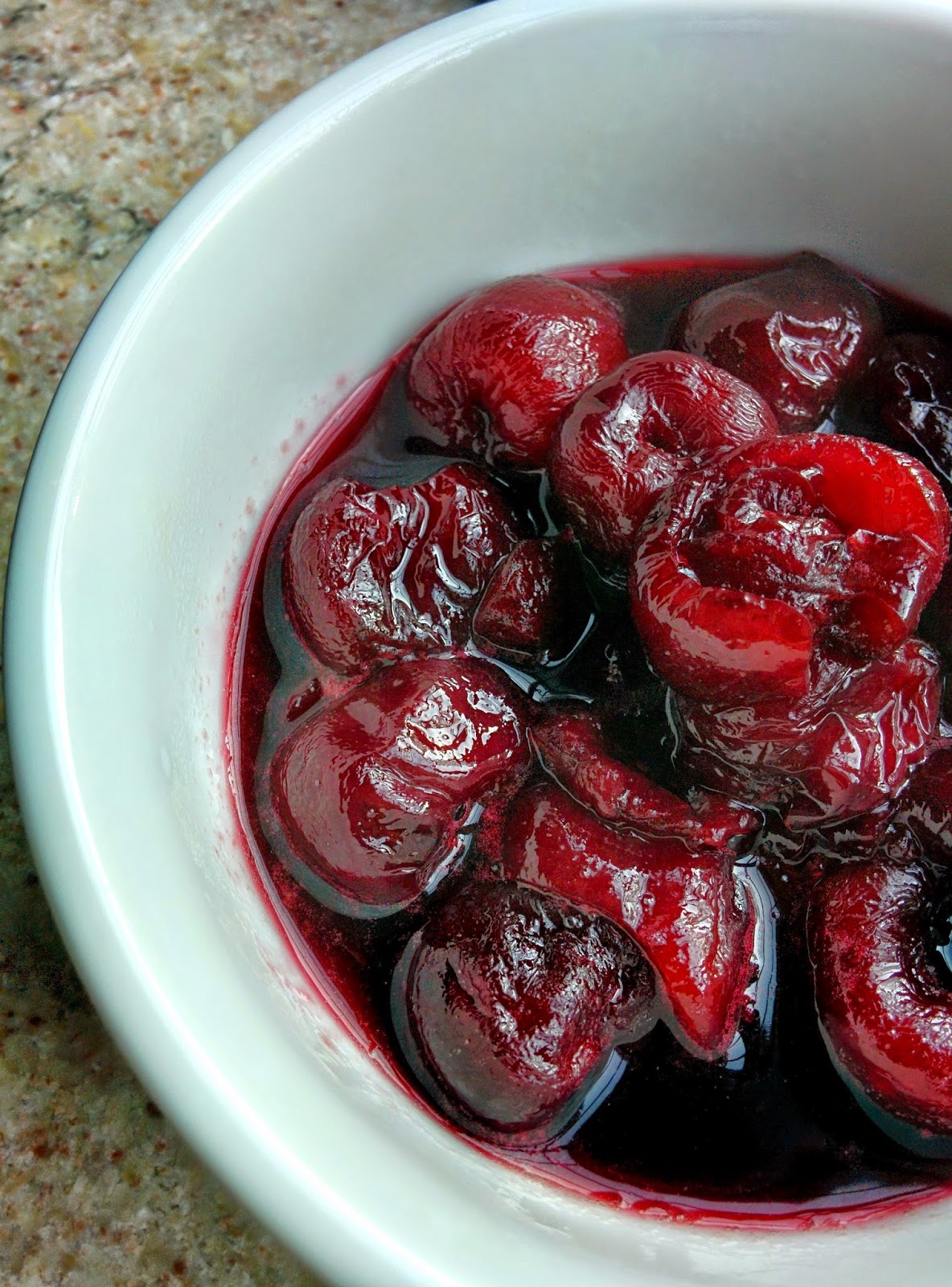 I've been keeping an eye on cherries for a while now. I don’t rush and buy the first cherries that arrive in the market each year; I’m simply not willing to pay $9.00 per pound for cherries that are not at their peak yet. I just won’t. (You can call me cheap if you want to; it's all good.)  Now that cherries are fully in season, I’ve been buying tons of them. They’re price has gone down already, costing under $4.00 per pound.  And don’t even get me started on their taste; they’re bursting with flavor now, not something that could be said even a month ago. Now that I’ve bought so many cherries I’ve been eating them often (while they last!). 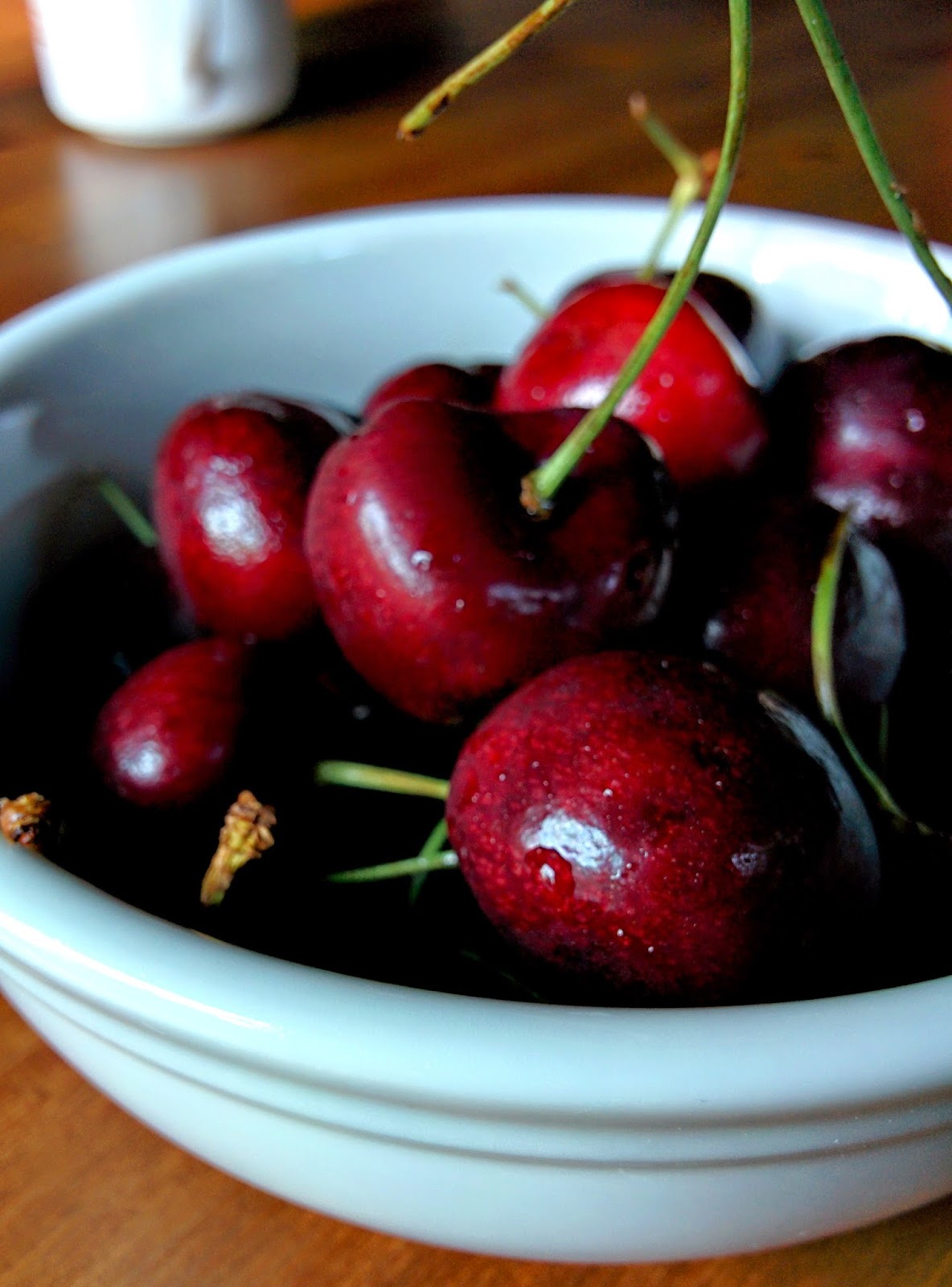 Normally I just eat the cherries on their own; they are gorgeous after all. But as I was planning on having pancakes for breakfast I thought that a beautiful cherry compote would go well with them, and making it would not take too much of my time. I kept the flavor profile simple; I only added brown sugar and lemon juice to my sweet cherries. They simmered (covered) until they were ready 10-15 minutes later. Easy! 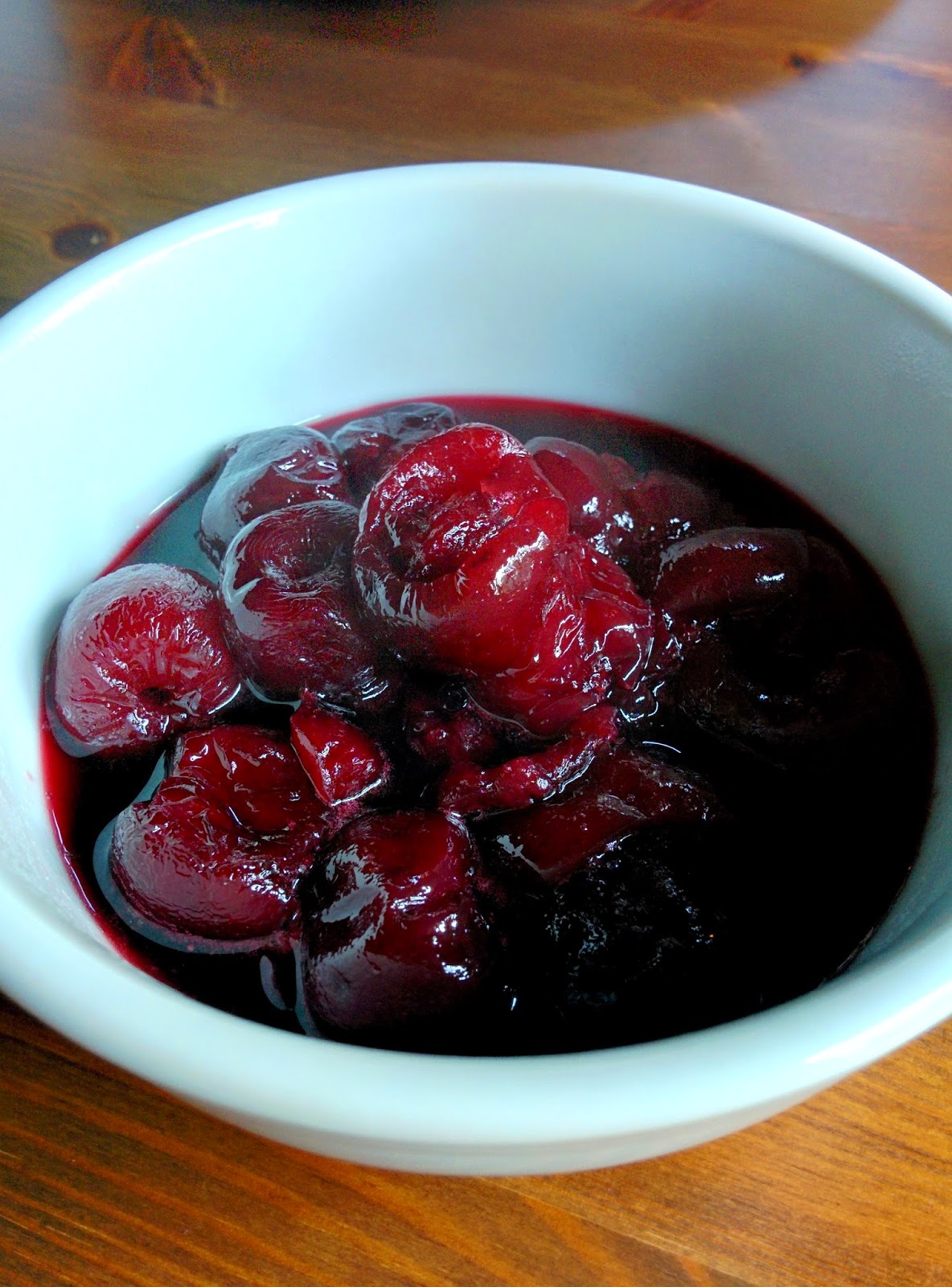 To turn all of this effort (not!) into breakfast, all I needed was a stack of pancakes… 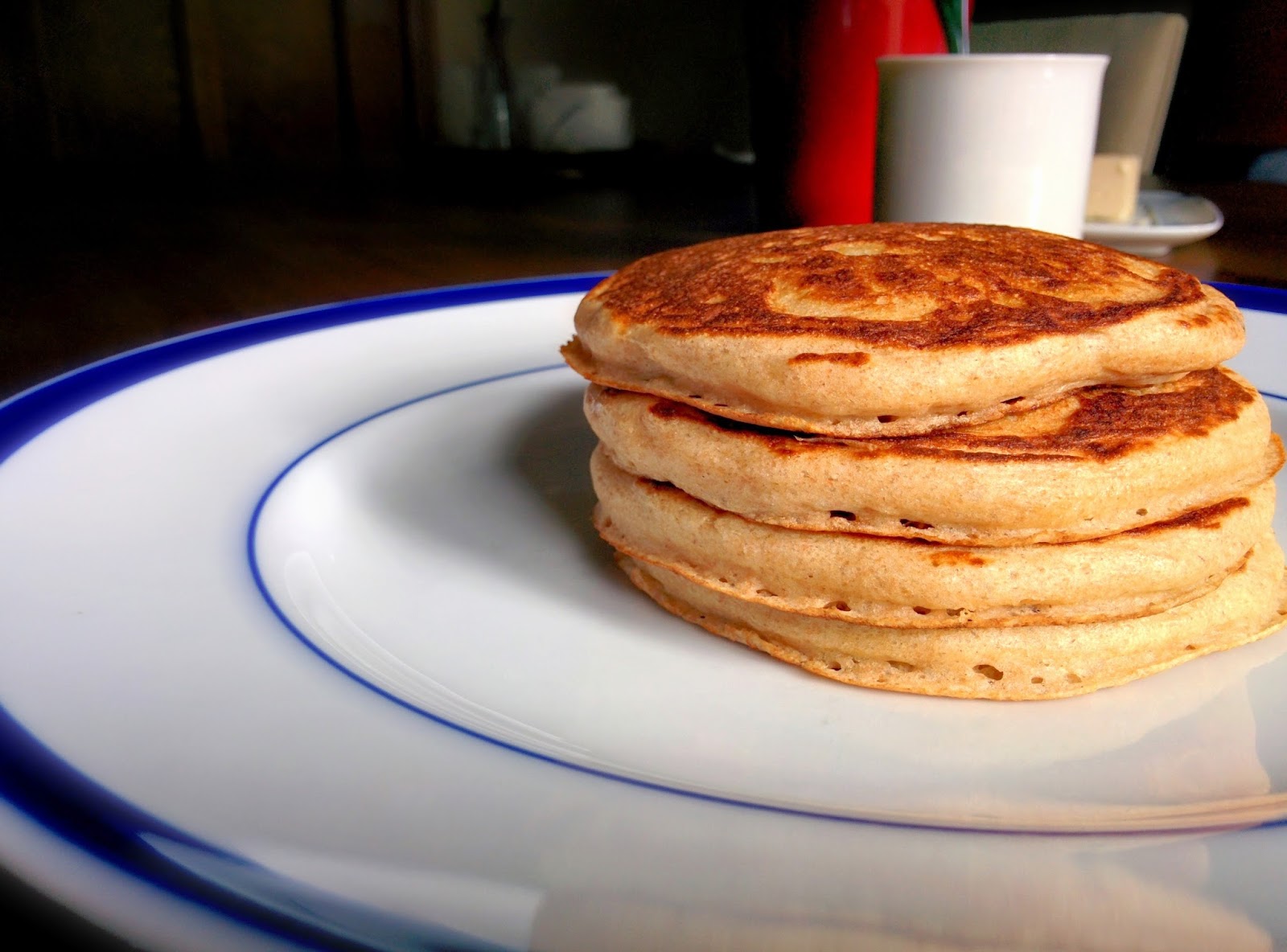 And then I just topped the pancakes with the compote. 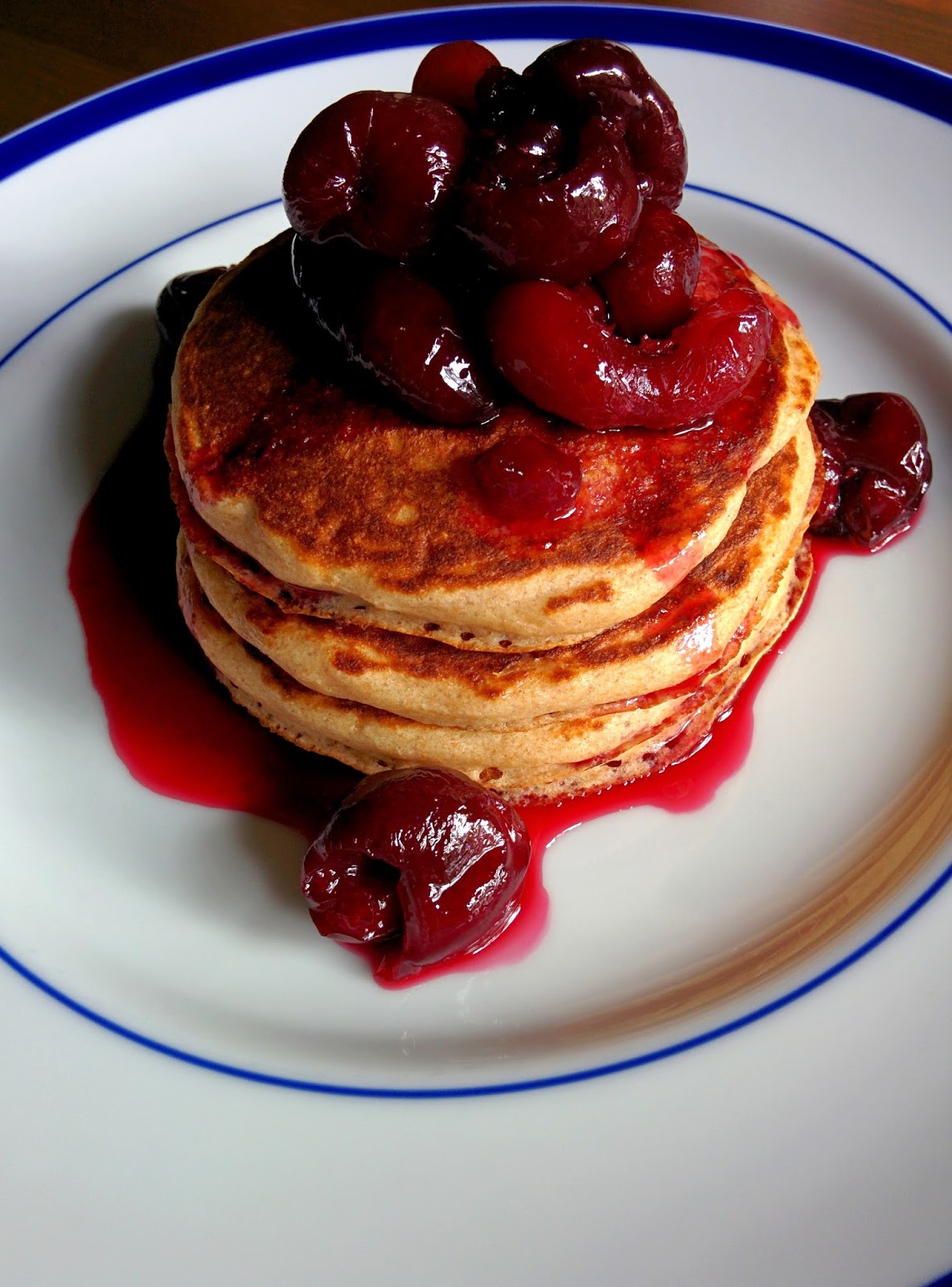 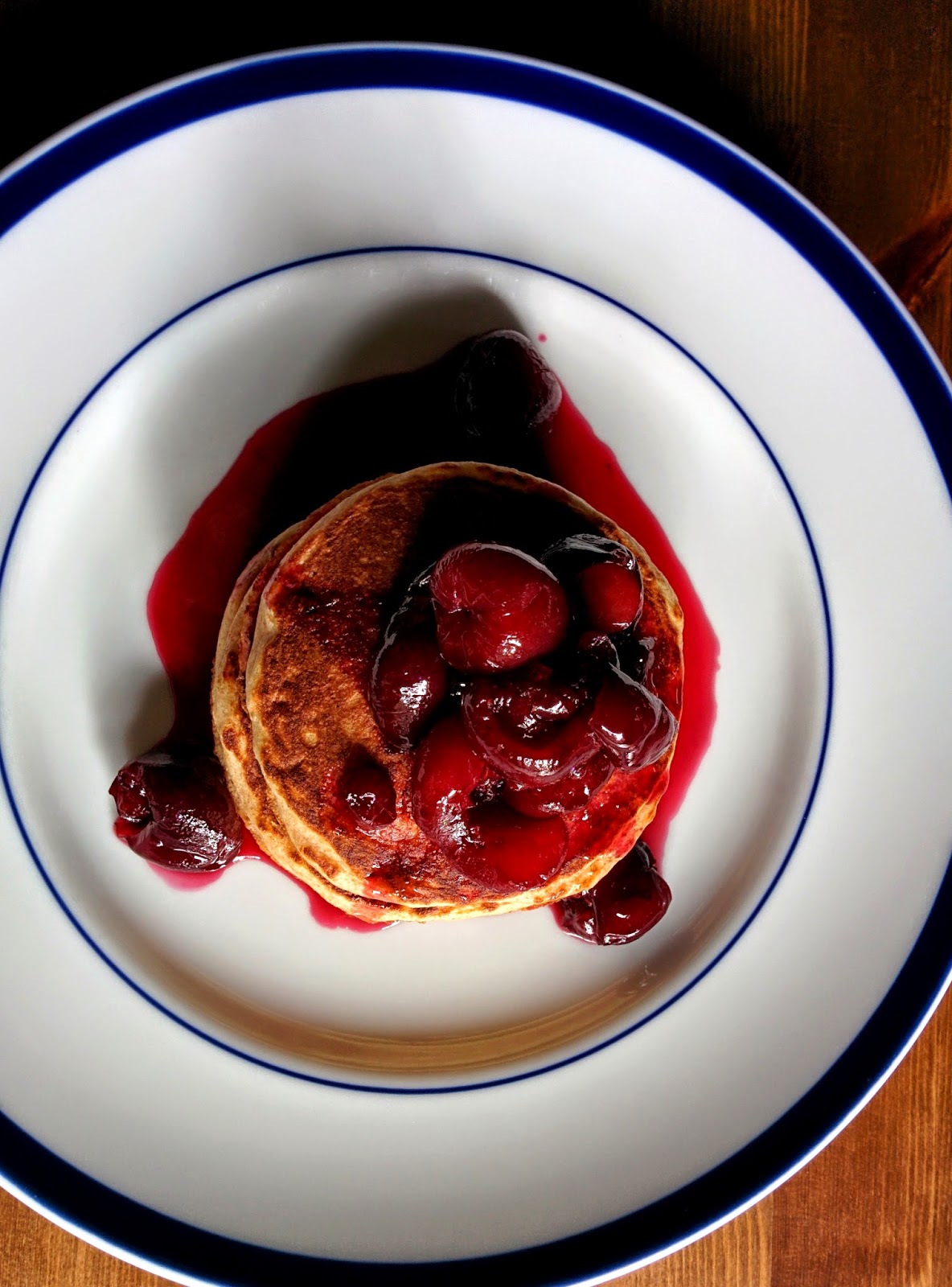 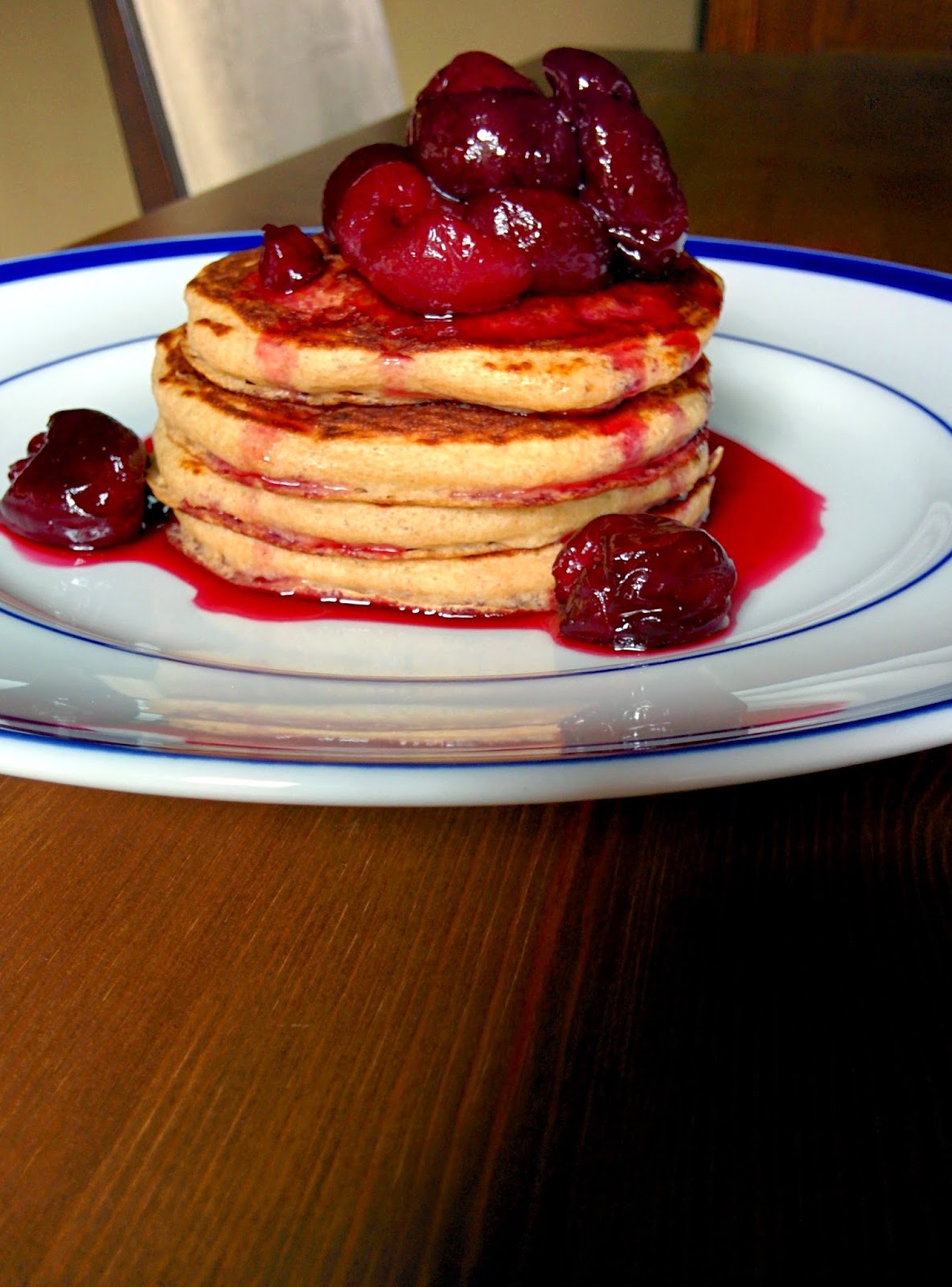 This sweet cherry compote was really, really good. Because of the lemon juice, its flavor resembled the taste of sour cherry preserves or syrup (both of which I love as well). As a last note, if you want to know if you’re compote was good, keep an eye on the plate. If everything went well, and your cherry compote is good, your plate should look like this: 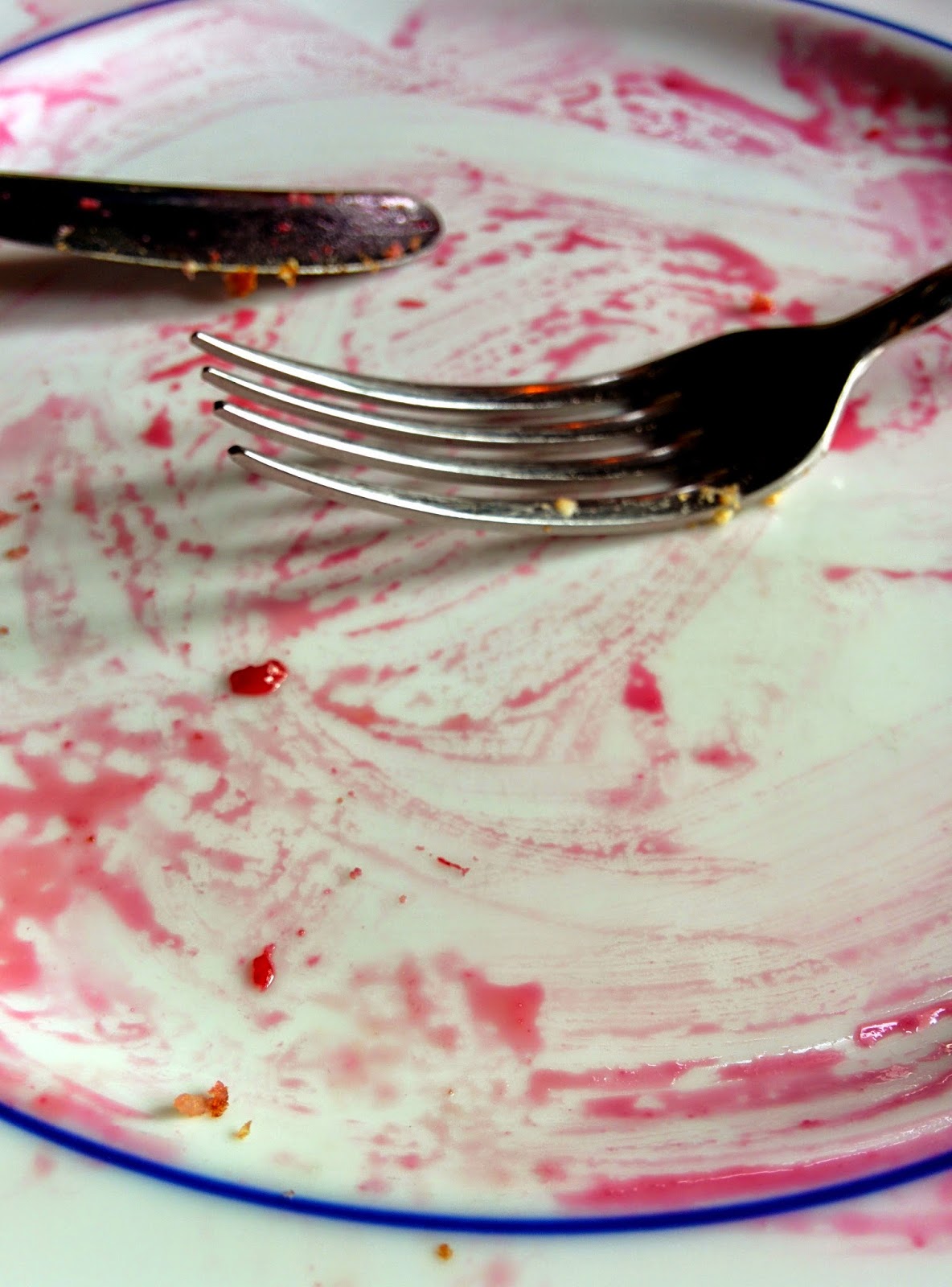 Core the cherries and add them to a sauce pan. Add the brown sugar and the lemon juice. Cover and bring the cherries to a simmer. Continue simmering for 10-15 minutes (until there’s enough syrup and the cherries are soft. If desired, you can reduce the syrup by removing the lid and simmering longer.

Note: Keep an eye on the covered sauce pan as it simmers. When the compote is close to done, the steam buildup may cause your syrup to overflow.  At that point you can stop simmering altogether, or you can remove the lid to reduce the syrup.